With modularity and expandability at the forefront of its development philosophy, can a high-end audio interface really be all things to all people? 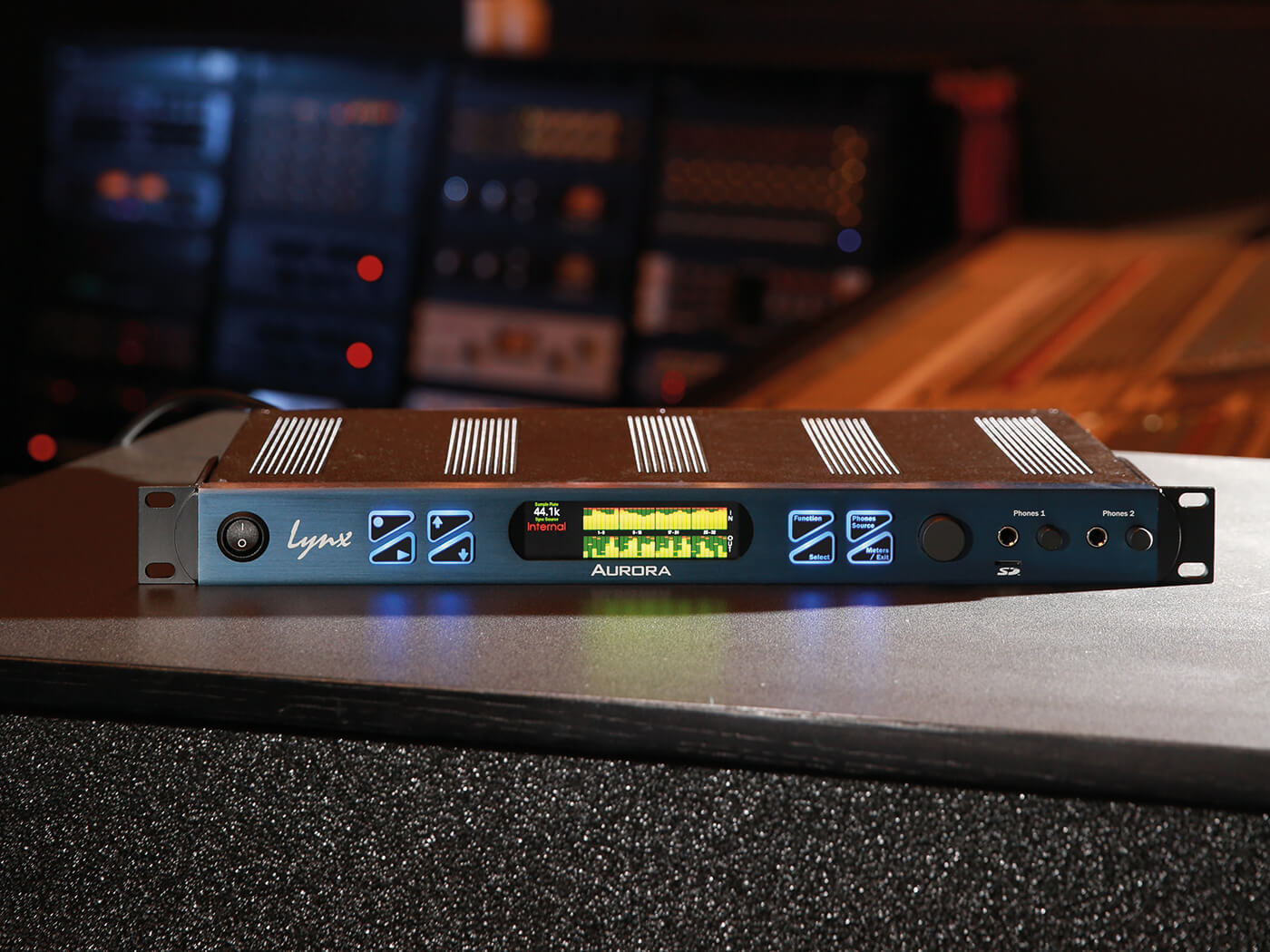 With its esteemed reputation for developing high-end audio equipment, US manufacturer Lynx is continuing its mission to create all-in-one modular converter/audio interfaces with its latest offering, the Aurora(n). Replacing the prior generation of Aurora interfaces released in 2006, this 1U device aims to provide users with exactly the interface specification they need via a range of expansion cards. Want 8-32 analogue ins/outs? Check. A mixture of ADAT and AES on the digital side? You can have that too. Digitally controlled mic preamps? You got it.

Computer connectors are also available, including Thunderbolt 3 and the ubiquitous USB 2. The latter, however, is capped at 16 in/outs due to bandwidth limitations and, unfortunately, you cannot have more than one type of computer interface connector.

In the spirit of modularity, though, every channel pair on the interface has a discrete converter circuit in the analogue domain to ensure the best performance in terms of
dynamic range and avoiding crosstalk.

Field-programmable gate arrays (FPGAs) complement the technical specification, letting you add new and improved DSP functions further down the line thanks to firmware updates. Lynx includes a nifty Aurora(n) configurator on its site so that potential buyers can peruse the options and get an idea of their prices before ordering. UK distributor Source Distribution kindly agreed to prepare our preferred specification for this review, namely eight analogue in/outs, four mic preamps and USB. 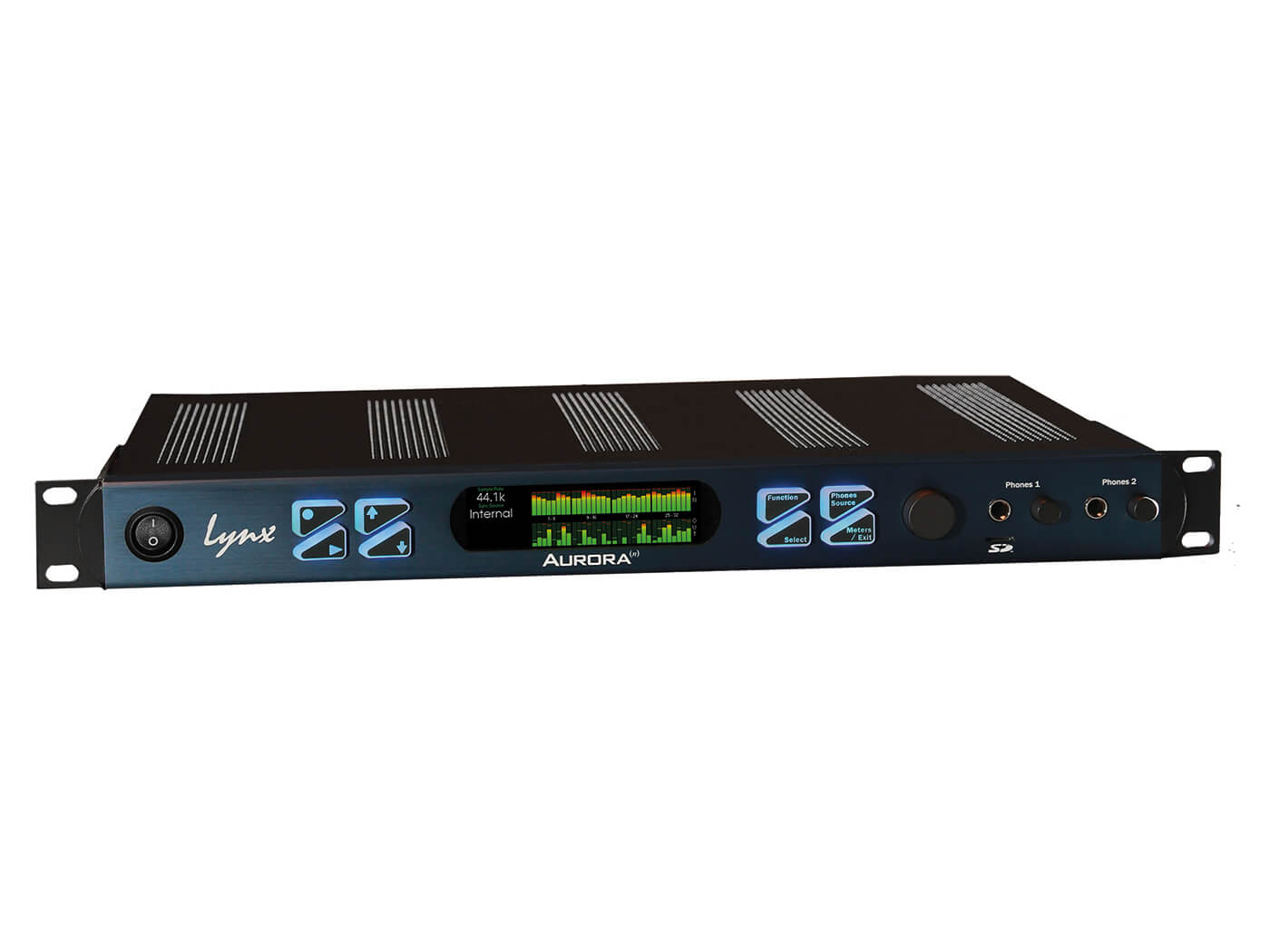 Navigating the interface using hardware controls is a pleasant experience. Soft-press buttons light up in multiple colours to indicate that they’re active in the selected function,
and a rotary encoder lets you dial up values and provides quick access to other functions when pressed. The default press behaviour for the encoder dims a selected pair of outputs (typically 1 and 2) for studio monitoring, whereas twisting the encoder attenuates the same output pair.

Sadly, it’s not possible to dim or control the volume of multiple pairs of outputs simultaneously – for surround work, for example – and there are no other monitor controls such as A/B output switching to toggle a second set of speakers. We feel that Lynx has missed a trick here and hope it works out a way to assign more function hotkeys from the home screen in future firmware releases.

With the mic-preamp card fitted, it’s also possible to assign the rotary-encoder press to navigate directly to the preamp controls, which is incredibly handy, as otherwise this involves delving into function menus. The subsequent payoff with this alternative setting is the loss of the dim function.

The LCD screen displays all meters by default but can be alternated with another screen showing colourful high-res horizontal meters or two designated pairs of inputs and outputs; nice to look at and impress friends and clients with. On the right-hand side of the case, there’s a microSD slot that can be used to record 24-bit broadcast WAVs from inputs (and subsequently play them back once routed to outputs). Finally, there are two headphone amps with separate volume controls, though these carry duplicates of a single source.

Around the back, analogue ins/outs are presented in banks of eight on D-Sub connectors. Looms are not included in the price – nor for that matter is a computer connection cable on all non-USB configs.

Helpfully, line input/output trim can be toggled between two reference levels in blocks of four channels, especially useful when interfacing with consumer-grade gear. Levels can be set in the function menu or within the NControl software, although the latter reveals an annoying bug where the software doesn’t always accurately reflect the state of the line in/out trim settings; every time we reopen the software, the buttons show no attenuation in level and we have to go back and check the hardware itself for fear of blowing up our sensitive monitor speakers.

Getting going on macOS is simple. The Aurora(n) is class compliant and therefore works without a driver on Mac and iOS, though iOS requires the USB version and
an Apple Camera Adapter.

Windows users need to install a driver from the website, and complete the setup via Lynx’s NControl app. With a D-Sub XLR loom plugged into the analogue outputs, we’re able to put the DAC quality to the test on both studio monitors and headphones. As you’d expect from a Lynx product, test tracks play back with a great sense of depth and clarity, most obvious in the transients of toms and snare hits, and well-articulated bass sounds.

The preamps on the card installed in the review unit sound superb, with clean gain at high settings and none of the brittleness that comes with cheaper USB interfaces.

This is much appreciated when driving gain-hungry dynamic mics such as the Shure SM7B, though the maximum gain capabilities of +68dB might be a little low for some. Preamps are controlled either on the hardware screen or in the software, and we’re pleased to report that both options operate smoothly, with all preamp settings correctly reflected and retained in NControl.

In addition to gain and individually switchable phantom power, there are switches for pad, polarity and a gently sloping 80Hz high-pass filter. Inputs may be switched between mic, line and Hi-Z instrument levels, and there’s an option to lock out the phantom-power switch on designated inputs, which ought to please owners of vintage ribbon mics.

The headphone amps are loud. Bringing the level of quiet input signals up above everything else is a real boon and spares users the need for an external amp, even when driving high-impedance headphones. However, the process of setting up an individual headphone mix is a challenge, with options including working through a fiddly ‘advanced’ screen on the Aurora(n) or contending with the limited software.

In NControl, you can click on an output pair in the bottom section of the screen (including headphones) and then create a mix for that output pair by adjusting the level fader/pan of the various inputs. Frustratingly, there’s no level fader/pan control present to adjust each USB/DAW playback stream; this can only be done on the hardware. Consequently, the hardware and software show different parameters in relation to the headphone mix. Lynx could do far better here, and should learn from other manufacturers that get the software consistently right.

In DAW sessions, the Aurora(n) performs well, even at the lowest of buffer settings (and on an ageing MacBook Pro). The fanless design means no unwanted noise while recording but the unit get extremely hot as a result. Lynx recommends that you leave a 1U space both above and below the interface when mounting it in a rack, which is both a practical and aesthetic consideration for potential buyers.

For selected applications, where hardware operation or minimal tinkering make sense, the Aurora(n) is a real winner. For all-round use, however, the limitations of the software and hardware monitor controller functions mean it falls short. 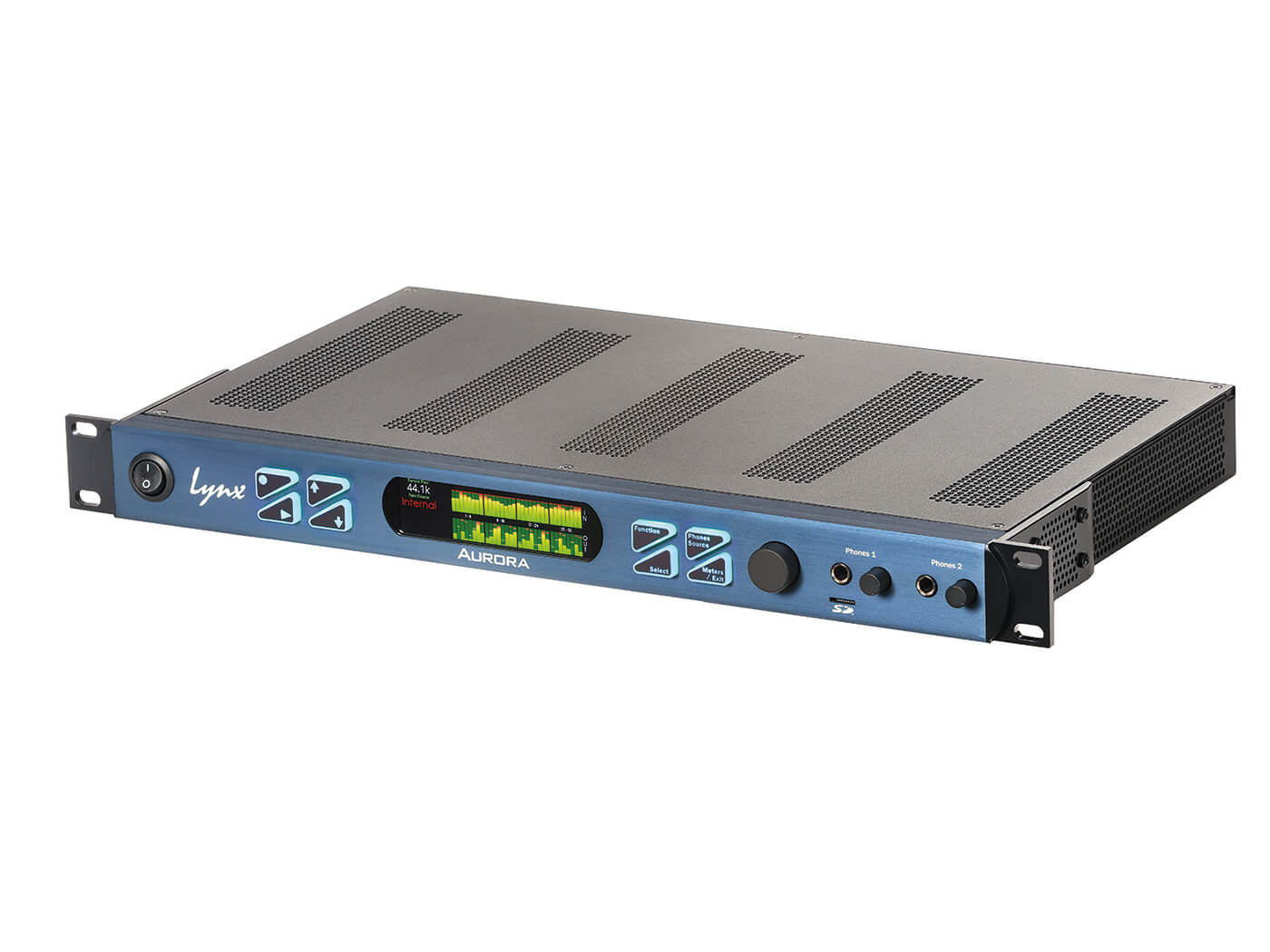 The Aurora(n) will appeal to those searching for eight channels of the highest-quality conversion, and such enthusiasts tend to know exactly what they need. The most likely environment for the Aurora(n) is a studio, where it’s well suited to converting signals leaving and entering a mixer, and where headphone and studio monitoring is set using external hardware.

The combination of quality converters, onboard audio interface and future-proof expandability will win fans of professional applications that would traditionally require separate converters and audio interfaces. Mastering engineers may also find the input/output options attractive for dealing with stems and surround-sound projects. However, if it’s fully featured control software that you’re after, then you might need to look elsewhere. 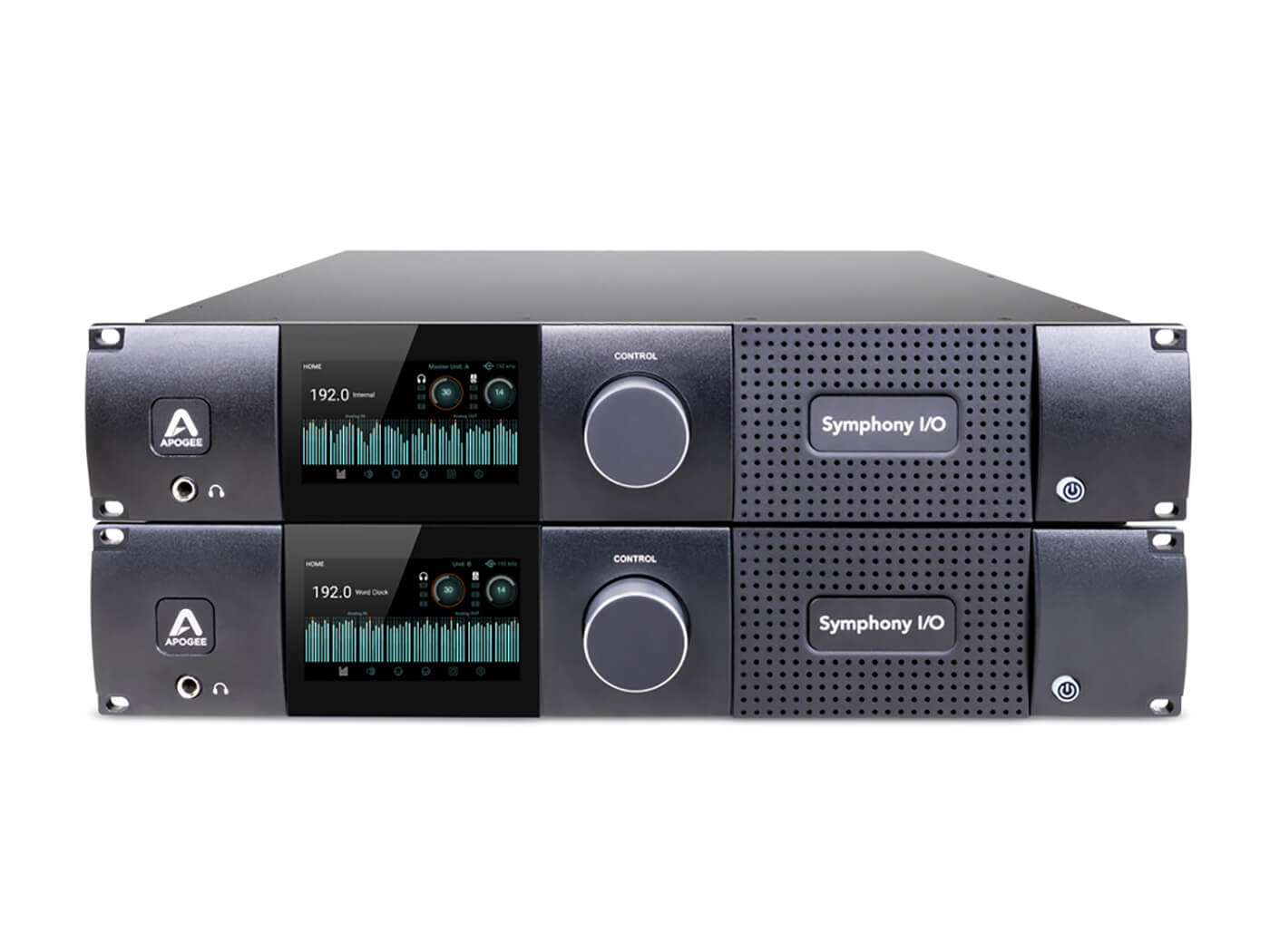 The most closely matched interface to the Aurora(n), this features touchscreen operation and up to 32 analogue ins/outs, as well as more comprehensive monitoring and
software controls. 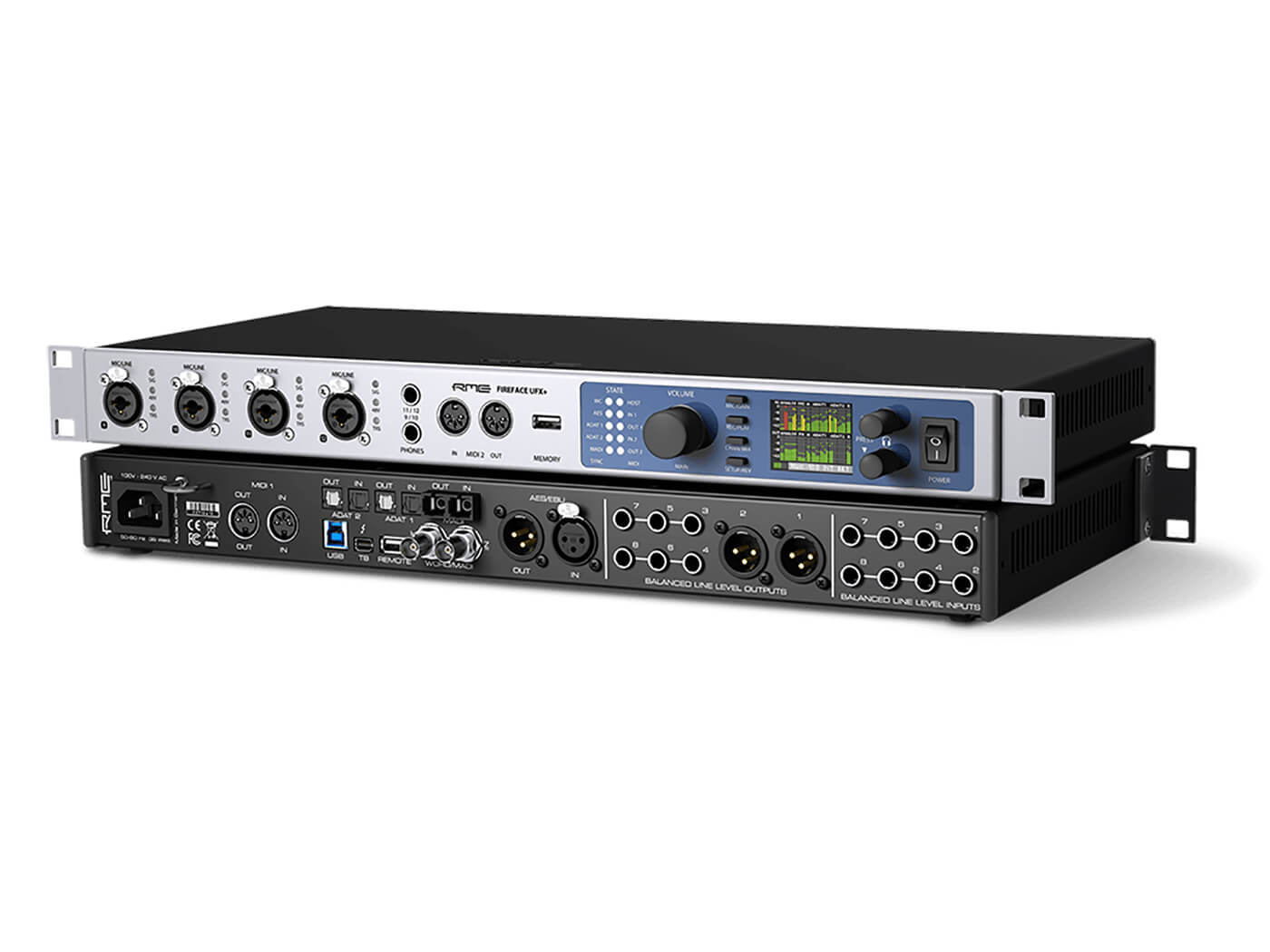