We’ve long searched for the ultimate microphone, a near-mythical object able to pristinely capture everything we throw at it. Does such a thing exist? Golden Age thinks so. 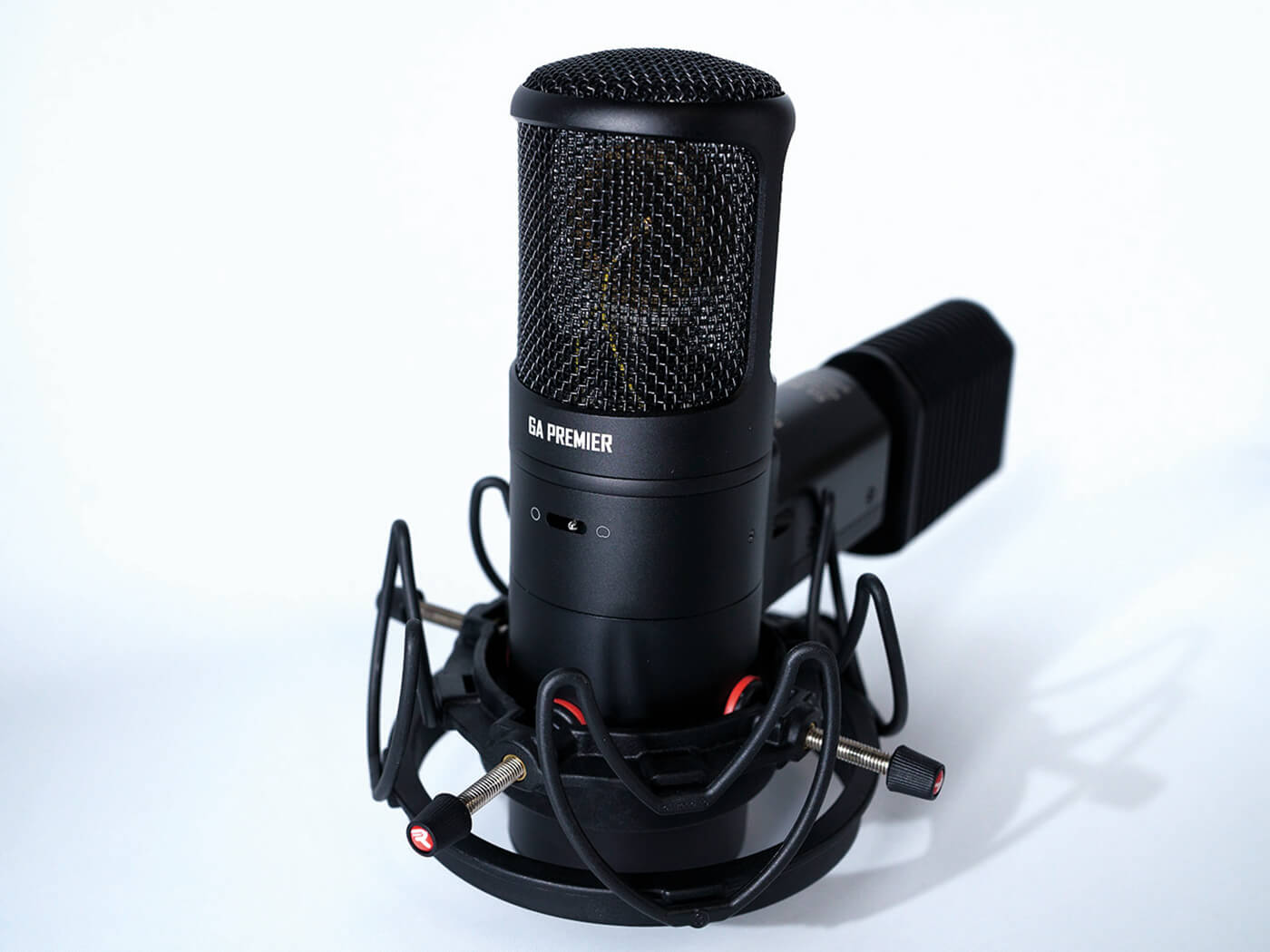 With the latest addition to its Premier range of authentic audio replicas, Swedish company Golden Age is looking to set a new gold standard with the GA-800G tube condenser microphone. It comes fitted with a semiconductor active cooling system designed to offer superior signal-to-noise ratio and lower distortion compared with other valve-powered mics.

Joining the AKG/Telefunken-influenced GA-251 and Neumann-inspired GA-47, the GA-800G replicates the design of Sony‘s large-diaphragm C800G. The original C800G is still available to buy new but there are a few issues with that. The price tag, for a start, is likely somewhere in the region of £14,000. Even mint pre-owned examples command almost that much. Even if you do have ocean-deep pockets and plan to buy one, you won’t be able to do so here in the UK, as the C800G doesn’t comply with RoHS regulations. 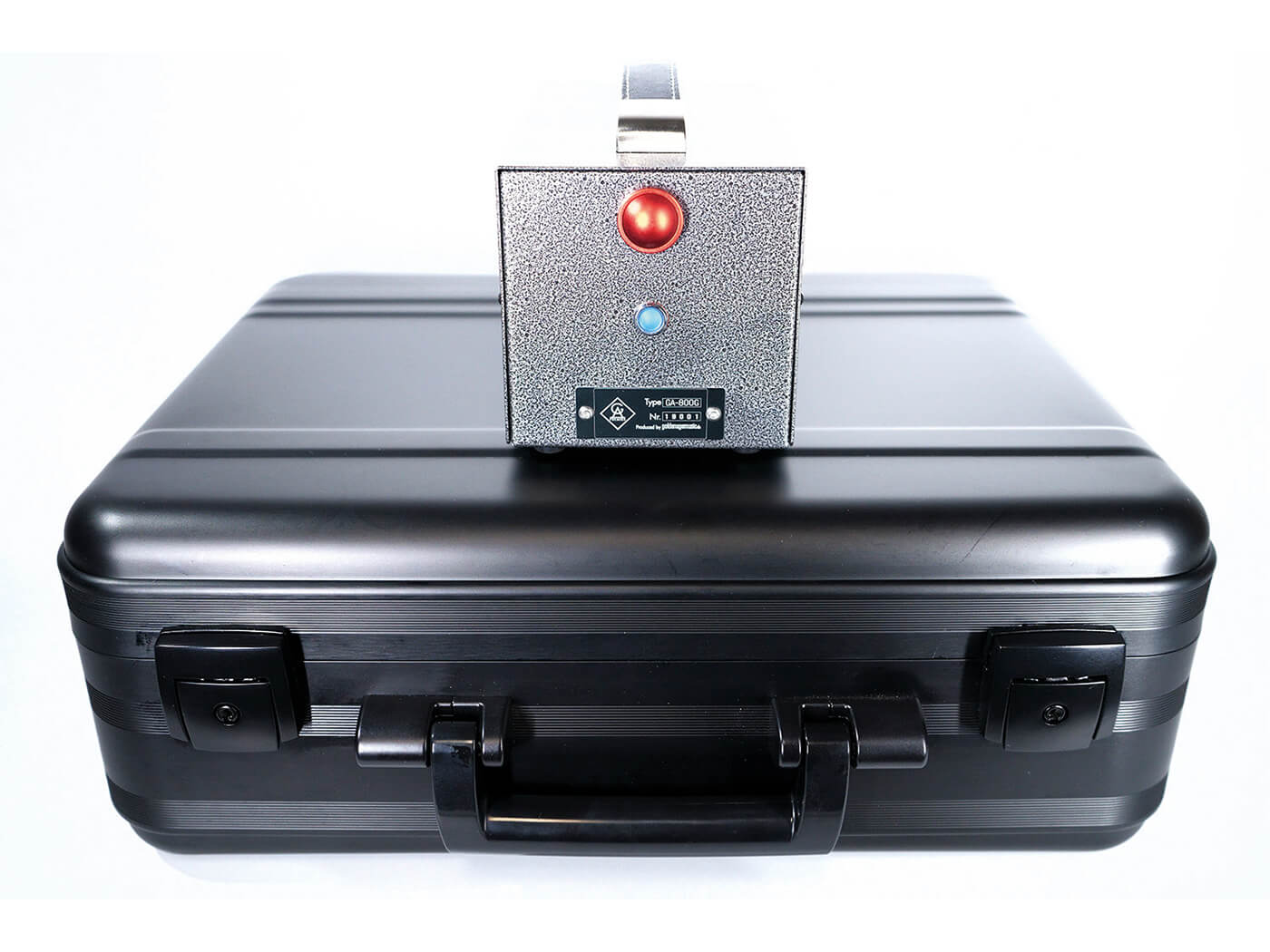 Golden Age’s GA-800G suffers no such restrictions and can be yours for the comparatively bargain-bin price of £3,600. It’s still a mountain of money but, as you’ll see, this mic boasts a mountain’s worth of quality. In its smart black flight case, you’ll find a large power supply, mic cable and shock-mount cradle, along with the microphone itself, readily fitted with its bespoke cooling system.

The system makes use of a semiconductor cooling chip attached to the bottom of the mic’s casing. The internal thermionic heat is conveyed to the reverse side of the semiconductor then passed through the outer aluminium-alloy heat-sink attached to the back of the microphone. The heat dissipates through the grilles of the heat sink, which is the large attachment you can clearly see above.

Inside, there’s a Rogers ceramic gold-plated circuit board. But this is no ordinary two-a-penny example. This is the kind of high-spec and expensive component more commonly found in top-flight aerospace communication products.

The tube is a NOS (New Old Stock) CIFTE 6AU6 valve from France. With an anode voltage of 90V (maximum voltage rating 300V), this valve generates far more heat than most tube-mic valves, which normally use voltages of between 35V and 50V. No wonder, then, this microphone needs an efficient cooling system to protect the capsule from heat damage.

Although valve rectification is often the preferred option when it comes to tube-based equipment, the GA-800G’s power supply uses solid-state rectifiers for the high-voltage rail. According to Golden Age, this choice came as a result of subjective listening tests and is not a cost-cutting exercise. As rectifying valves often last longer than other types, we’re not in a position to argue. 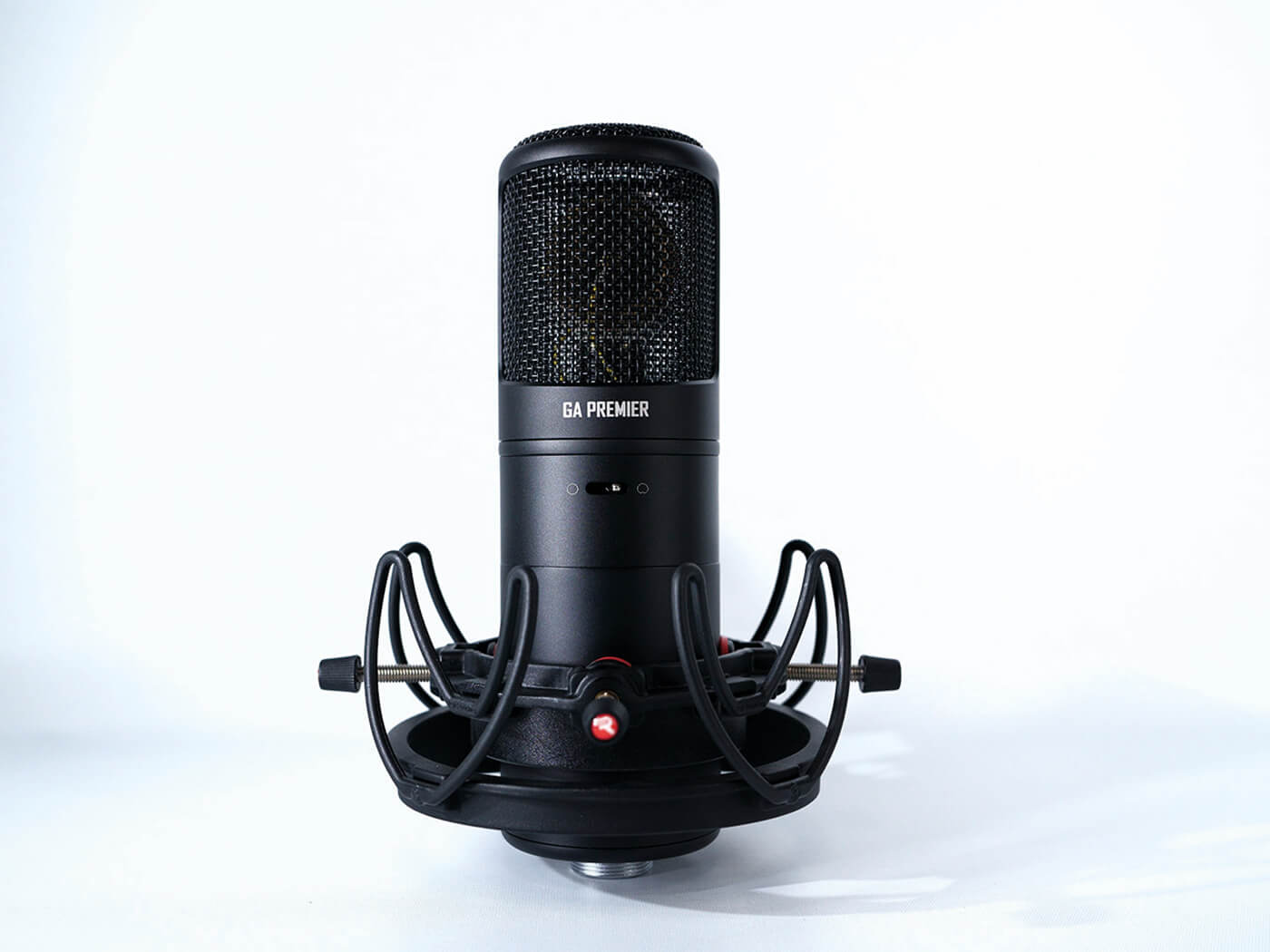 Alongside all this information about the GA-800G’s circuit board and valves, it’d be nice to be able to tell you all about the capsule. Unfortunately, we can’t. That’s classified info. We can, however, say that the manufacturer has more than 20 years’ experience making mic capsules. Any guesses? We’re certainly not making any.

Though information about the origins of the capsule is scant, we do have chapter and verse on the capacitors, resistors and even the solder used in the GA-800G. Without boring you with something resembling an old Maplin spares list, we can confirm that audiophile-level components are used throughout.

The shock-mount cradle isn’t identical to the original Sony design, but it’s perfectly fit for purpose, if a little fiddly to set up.

Successfully mounted, we record some acoustic guitar to ascertain the GA-800G’s character. As it is, the mic doesn’t have a pronounced or obvious character, instead presenting an open window to the source. What we hear is a supremely clean and clear rendition of the guitar’s natural sound, devoid of unwanted resonance and without undue emphasis on any part of the frequency spectrum. Spoken word, meanwhile – the purest yet arguably most rigorous test of any microphone’s accuracy and transparency – is captured without artifice, sounding natural and convincing.

In operation, the mic is pin-drop silent with a noise floor that’s vanishingly low – a remarkable result for a valve mic. This is where the cooling system is essential, enabling the tube to work efficiently without turning the microphone into an oven.

All tests conducted so far have been with the mic plugged into our Lev Solutions microphone preamplifier. This preamp, like the GA-800G, offers a clean and transparent presentation. This combination produces the type of uncoloured natural sound beloved by classical recording engineers, as it allows a faithful depiction of an instrument’s (or voice’s) character without adding any of any of its own. 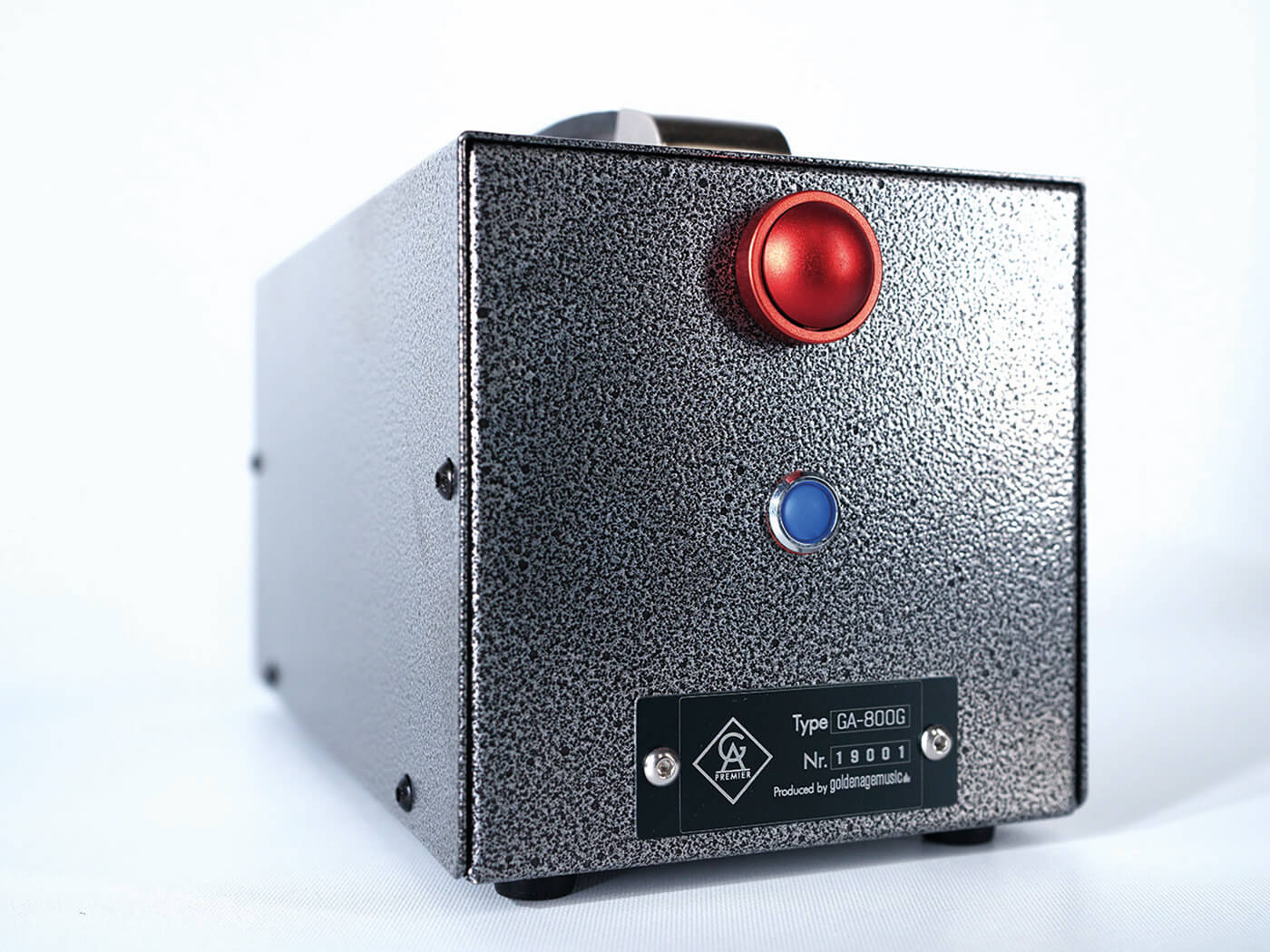 There are those, however, who appreciate a little mojo filter – we’re thinking of lovers of vintage solid-state here – so we swap out the Lev for Golden Age’s own Pre-73 Jr. This is a fabulous little no-nonsense mic preamp with bags of character, just like the classic Neve units it mimics. For pop recording, the Golden Age combo is a perfect match, even if the Pre-73 retails at a fraction of the price the GA-800G commands.

In many respects, the ultra-clean sound of the tube mic cries out for a touch of funky preamp colour. Plugging straight into a clinical interface, even a high-end one, might leave you underwhelmed.

A pinch of flavour

Adding another of our Golden Age outboard units to the signal chain – the Comp-2A compressor – we set about recording some vocals onto existing backing tracks. The added weight and creamier top end provided by the outboard units suits the task and microphone superbly. Our singer had plenty of work to do on a variety of tracks, ranging from loud and impassioned to intimate and soulful.

With close-mic’d vocals, the low-mid emphasis caused by the proximity effect combined with the inherent clarity of the microphone produces a warm and seductive sound. It’s easy to hear why the original Sony mics are so revered by hip-hop and soul producers.

On the louder tracks, the GA-800G proves Golden Age’s claim that it can handle high SPLs, as there’s no hint of break-up or distortion. Nor does the response or tone alter at differing sound pressure levels; the tone remains consistent and even-handed regardless of the source volume. 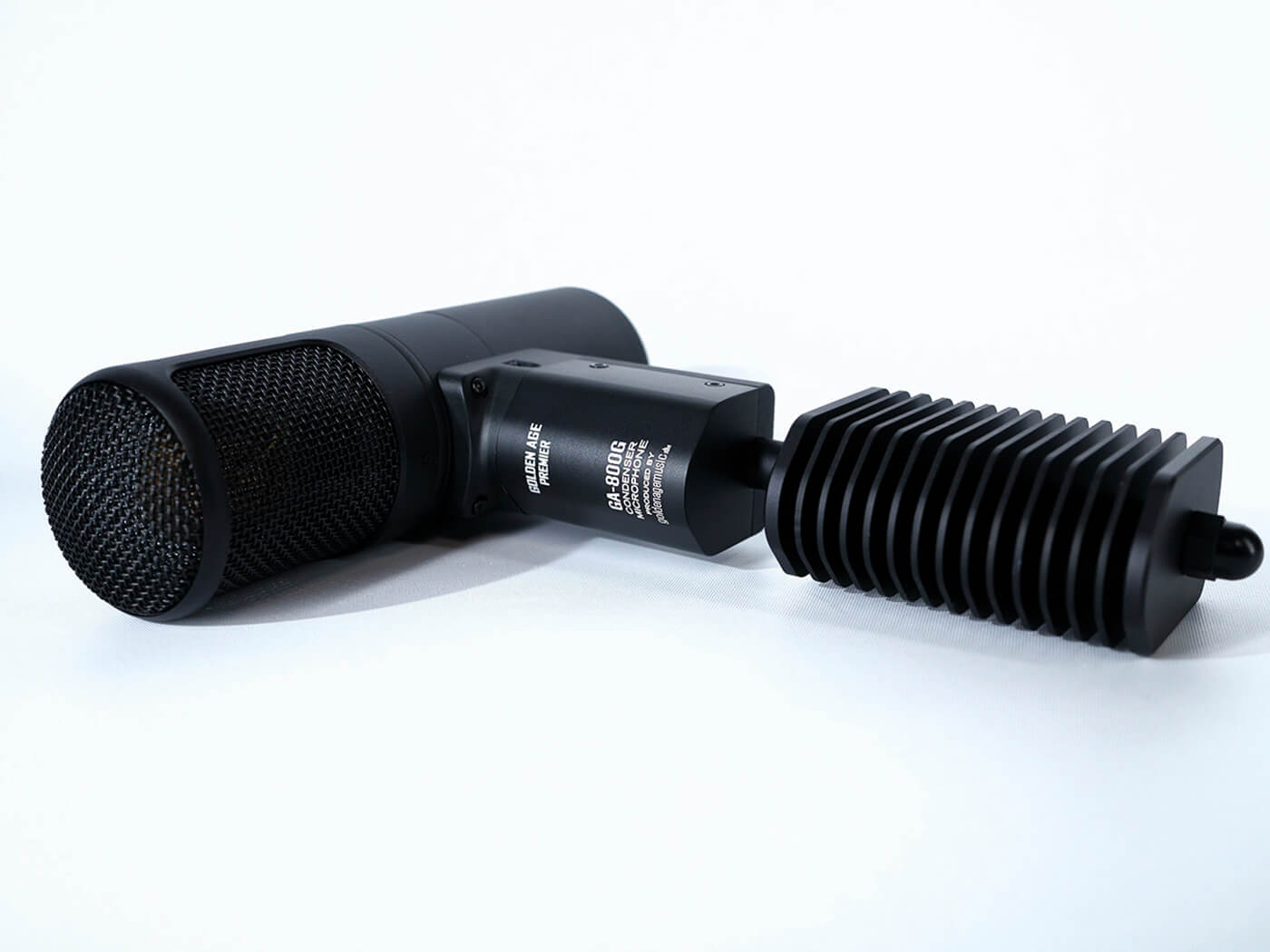 A loud electric guitar overdub doesn’t phase the mic at all in terms of volume level. However, in this instance, the sonic honesty of the GA-800G reveals too much information. “It picks up everything,” said the guitarist. It certainly does, including unnecessary high-frequency details such as buzzing and hissing. Changing to a classic SM57 gives a more bracketed sound better suited to the task in hand.

We aren’t able to test the microphone in a multi-mic’d group situation under present conditions. However, we can confirm that, when placed above a drum kit and augmented by several spot-mics, the tube mic does indeed pick up everything, even in cardioid mode, which means the GA-800G might not be an ideal choice when spillage from other instruments could pose a problem.

As a transparent vocal mic or one used to accurately record natural audio, this microphone is faultless, with no unwanted resonance or honks. If you have a pristine sound, the clean and precise nature of the GA-800G will capture it faithfully and without artifice. World-class audio doesn’t come any better than this. 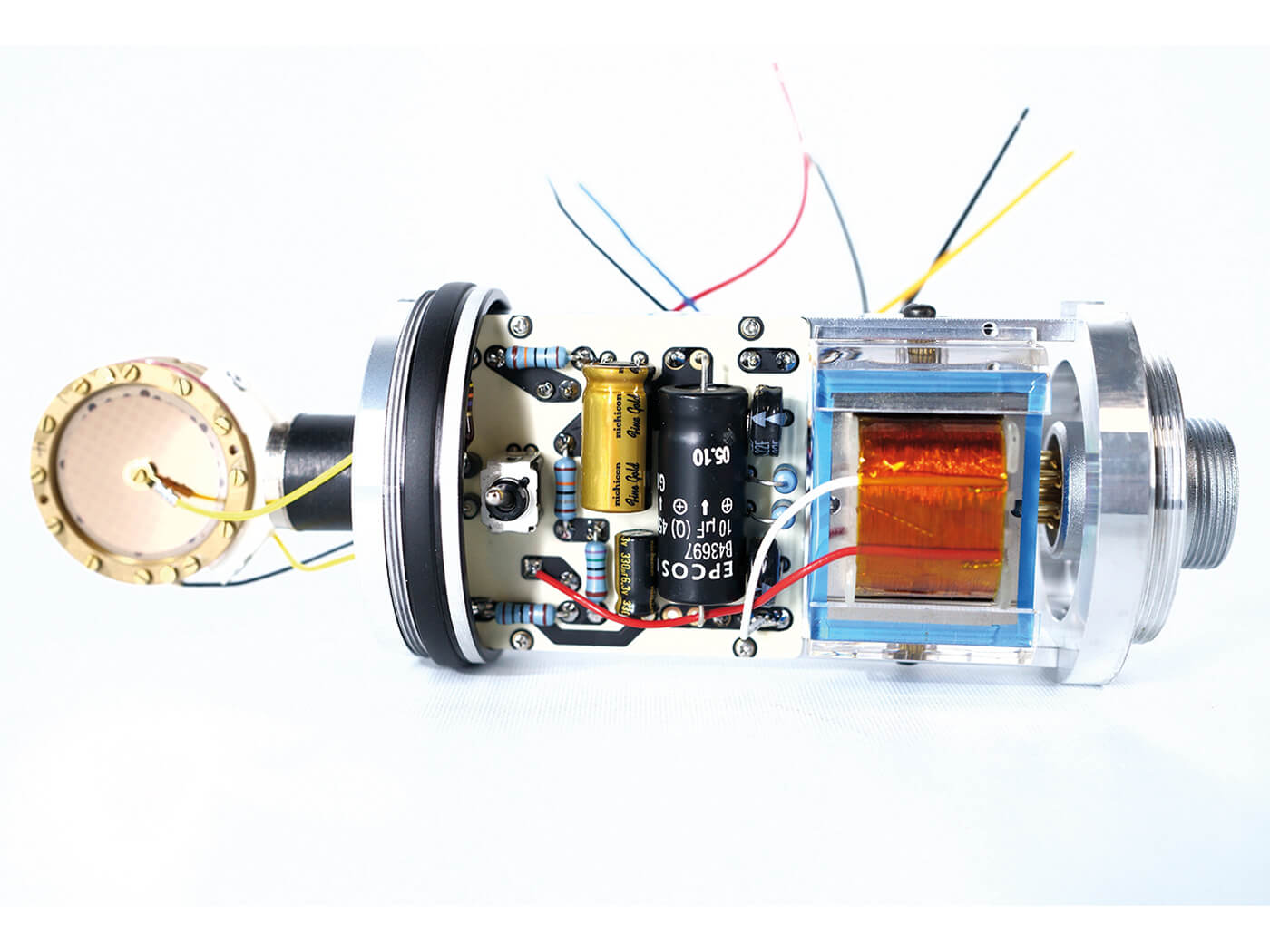 Unless you produce exclusively instrumental electronica, you’ll need a decent microphone. The GA-800G goes some way beyond decent, with its bespoke cooling system enabling an outstandingly clean and quiet thermionic performance. While this microphone might not be the first choice for those whose only other mic is a cheap dynamic, world-class studios should realise the draw of offering world-class equipment and move to introduce this to their stocks. Original Sony examples are prohibitively expensive and even major studios might baulk at paying close to £15,000 for one.

In this respect, the GA-800G could be considered a cost-effective alternative, even if it’s not exactly pocket change. If, however, you frequently record high-quality acoustic sources, you’ll want to preserve the pristine sound without colour or distortion. For this type of recording, the GA-800G may be unbeatable. 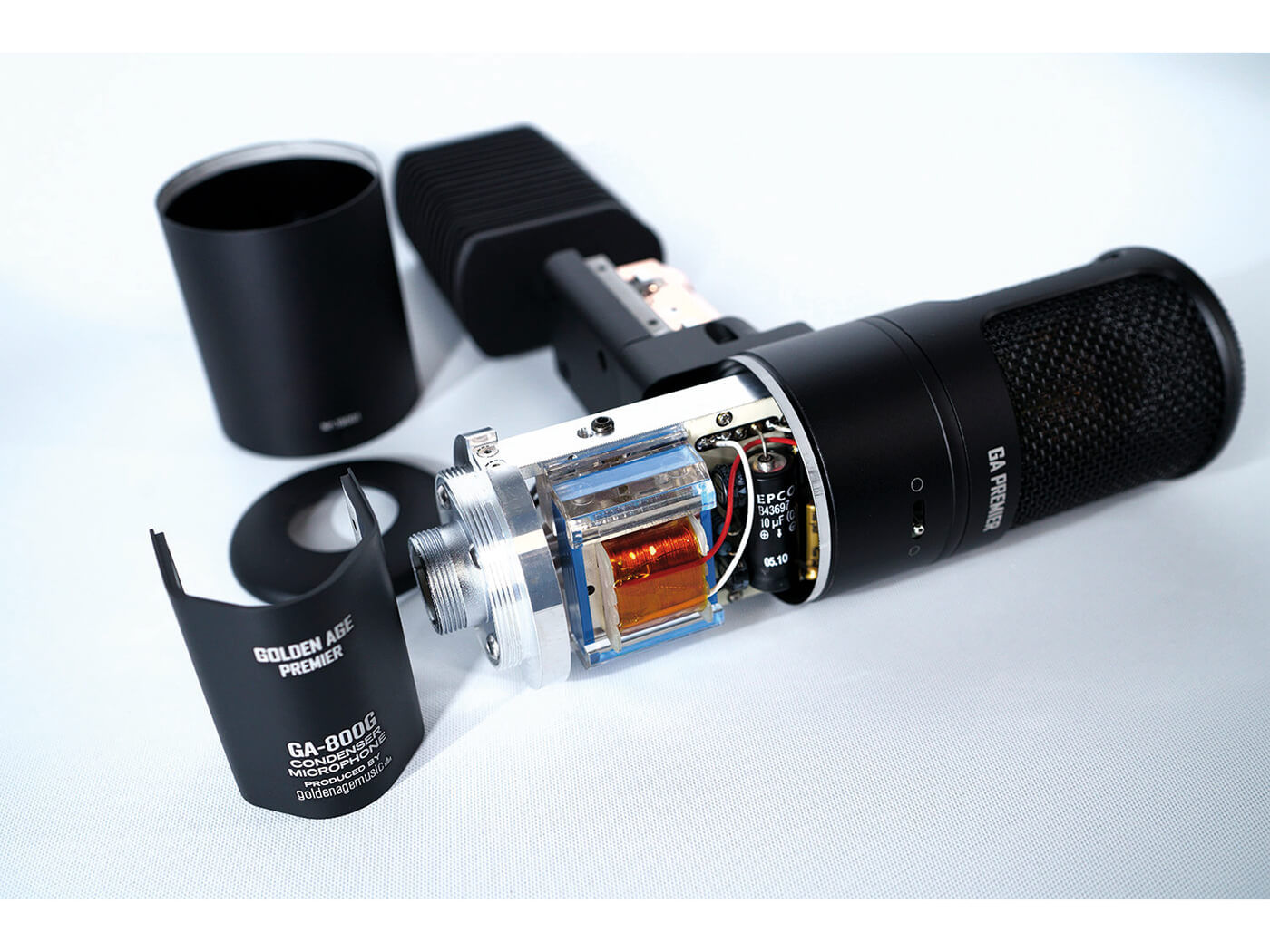 Although RoHS regulations prevent the C800G from being sold new in the UK, it’s available to buy elsewhere, and older examples can be found pre-owned. If the high price tag matters less than pride of ownership, hunt one down.

For the price of the GA-800G, you could get both a GA-47 and GA-251. Based on vintage Neumann and AKG/Telefunken designs, these valve condenser microphones are up there with the best. The ’47 has a bright character with real midrange edge, while the ‘251 is more open and closer to the accurate nature of the GA-800G.