There are plenty of recording bundles out there, but this might just be the easiest to use. 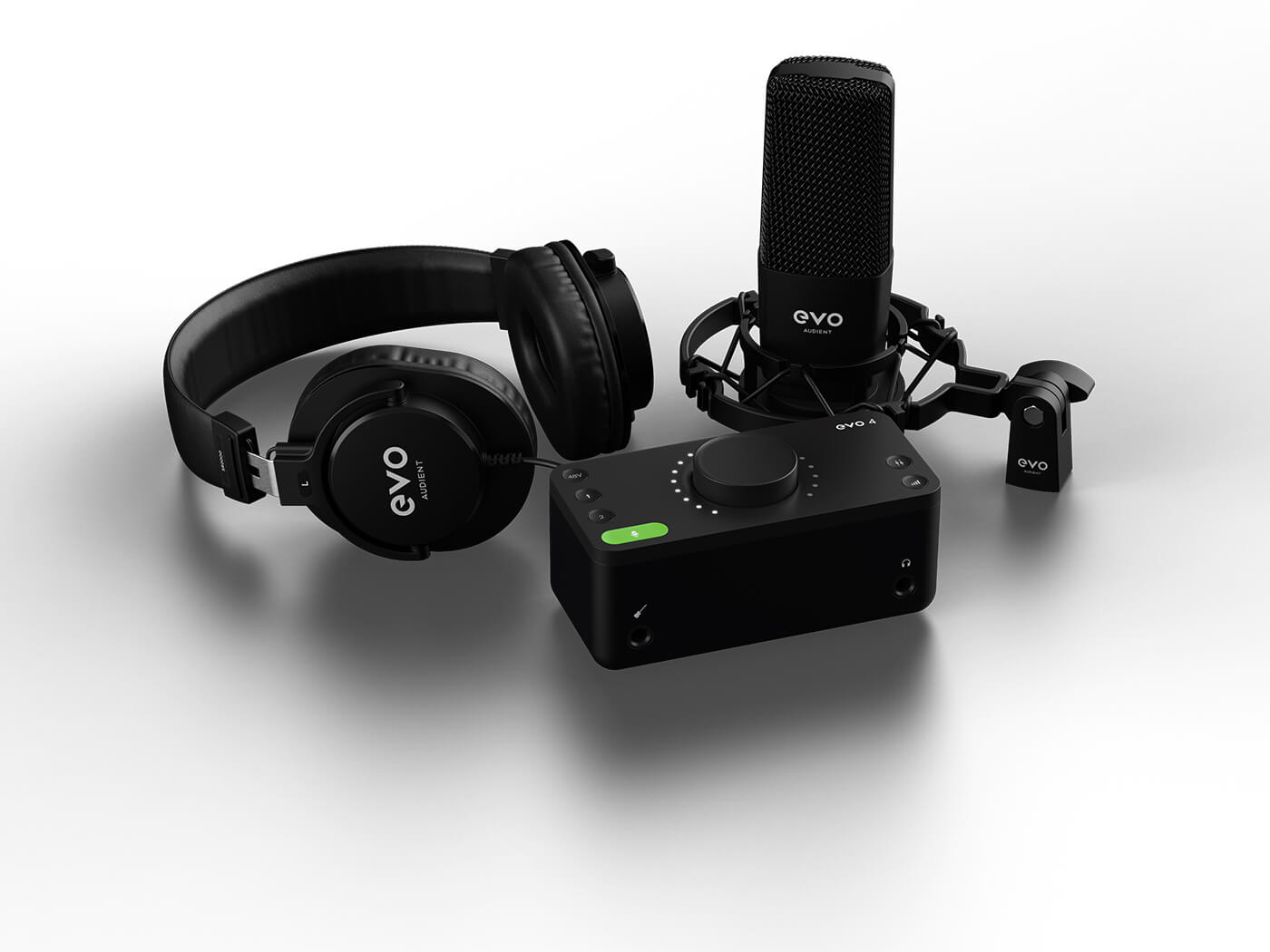 Setting up your first studio can be a daunting business. You may have an idea about the essentials that you will need – audio interface, monitoring, software, and so on – but if all you want to do is make some music or start a YouTube channel, the range of options can be overwhelming.

EVO by Audient may just have the solution for budding recordists and vloggers in the form of its new Start Recording Bundle (SRB). Centred around the EVO 4 audio interface, SRB includes a condenser microphone, a shockmount and XLR cable, monitor headphones, and a generous collection of software. This is presented in a sleek, attractive box that exudes quality and attention to detail.

We looked at EVO 4 when it launched last year and were impressed by its flexibility, especially for such a small interface, and how simple, intuitive and effective it is. The streamlined, compact enclosure packs two input channels via XLR/Jack combo sockets, with an additional front-facing instrument input that overrides the channel 1 mic/line connector. A pair of quarter-inch jack outputs allow you to hook up EVO 4 to a monitoring system, and a dedicated quarter-inch headphone jack is provided on the front panel. EVO 4 works with macOS, Windows and iOS, and has a useful Smartgain feature that detects and sets the perfect input gain, which beginners will greatly appreciate. 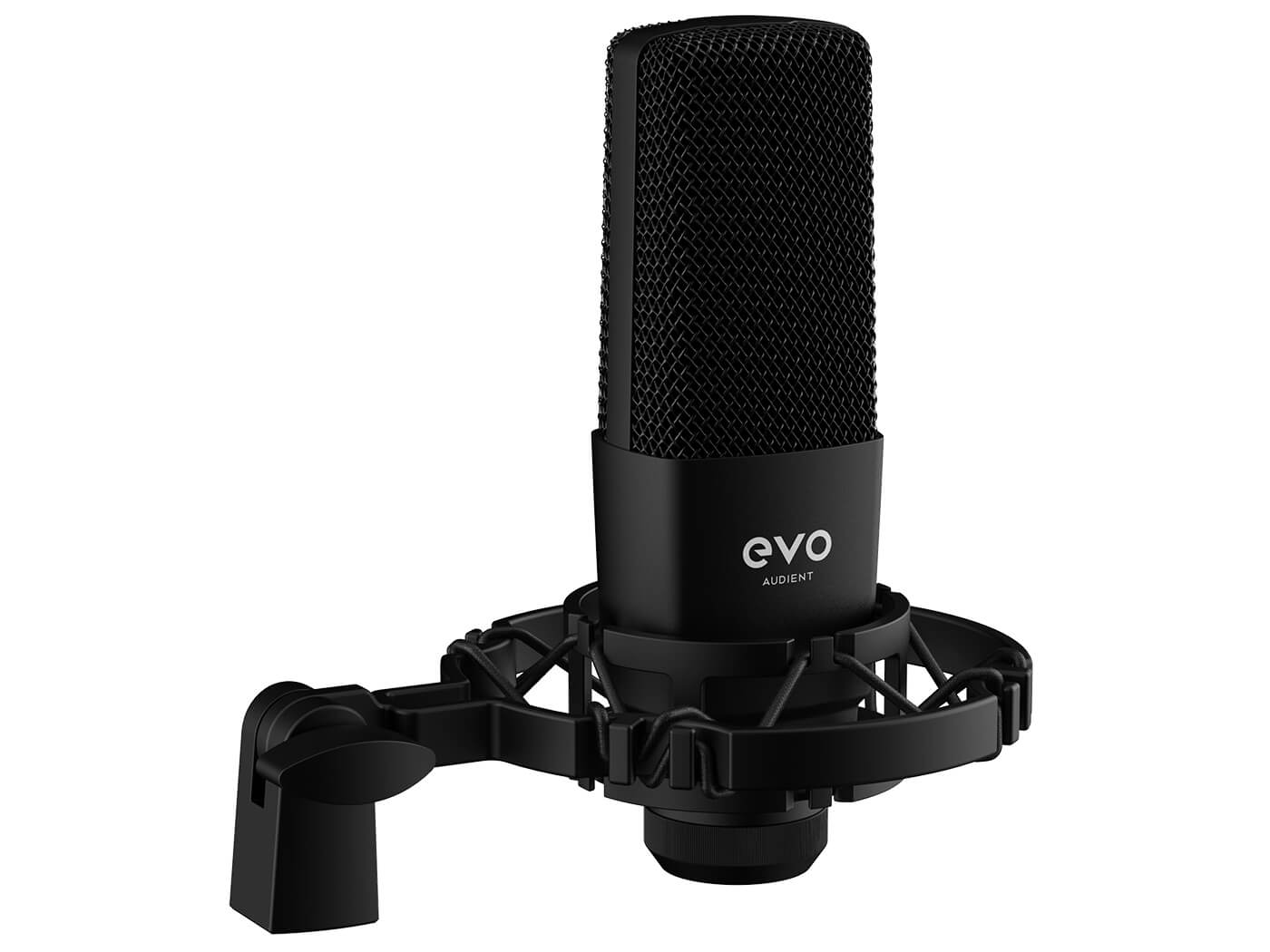 The microphone included in the bundle is EVO’s own SR1 model. The 20Hz – 18kHz frequency response of this super-cardioid condenser means it works well on a wide selection of sources, but the response curve is weighted towards the lower mids. This results in rich vocal tones, and full-bodied guitar amp recordings but may need to be balanced with EQ when working with some sounds.

Both the microphone and the accompanying shockmount are solidly built, and the mic lead is of similarly good quality. We would have liked to see it come with a mic stand screw adapter; a pop shield or foam windshield would also have been welcome but would have impacted the price while not necessarily being needed by all potential buyers. For example, a guitarist who wants to record themselves playing the guitar will have no use for a pop shield. 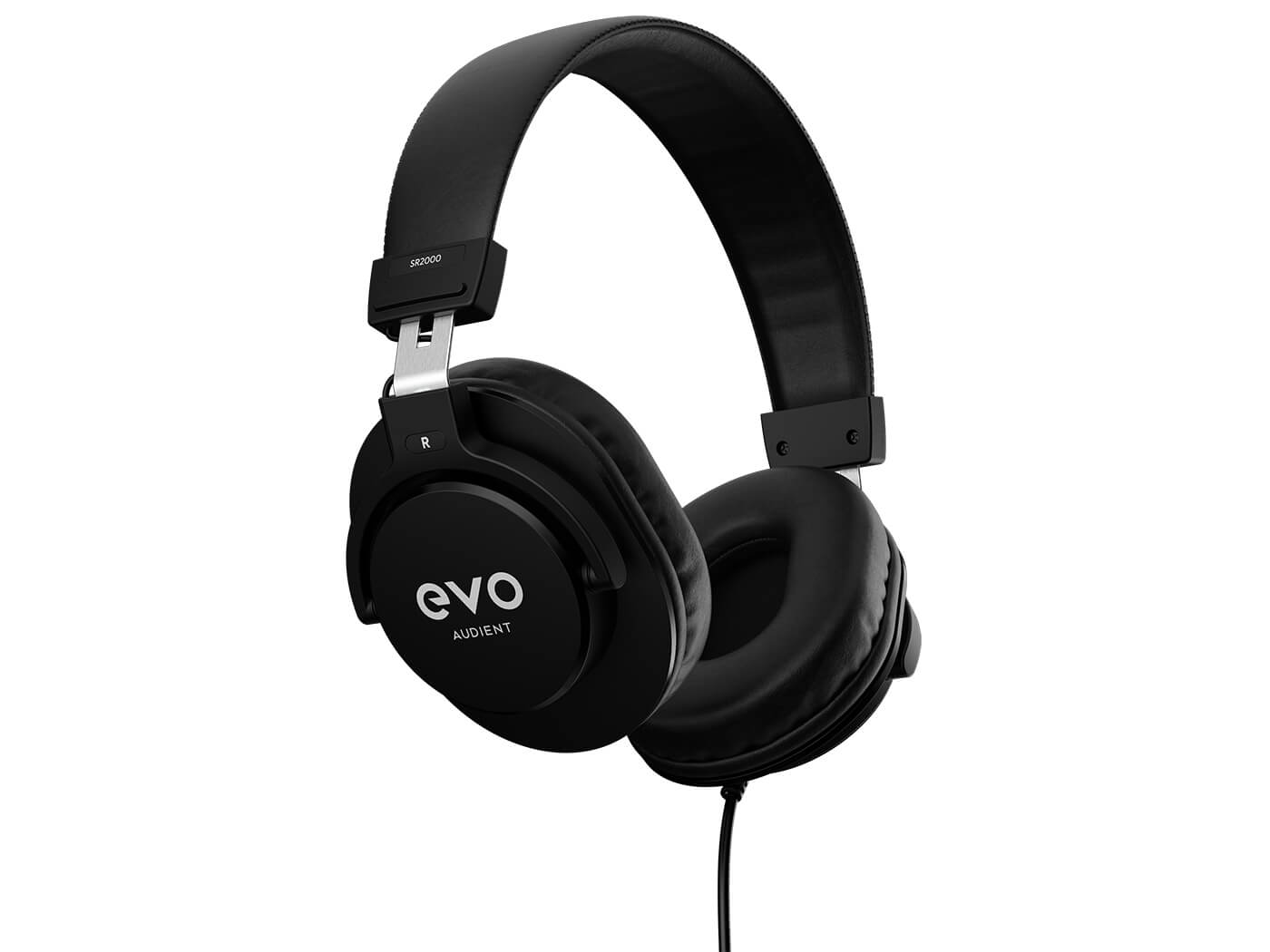 The SR2000 headphones included in the bundle are a closed-back, on-ear design, with comfortable pads and just the right amount of spring in the headband to hold them in place without becoming uncomfortable. The stated frequency response of 15Hz to 22kHz is impressive on paper, but not nearly as remarkable as their sound: in short, they are far better than they should be, given the price of the bundle. This is largely thanks to the effort Audient has put into tuning the SR2000s for a flat response.

On the software front, the Start Recording bundle comes with licenses for Cubase LE for Windows and Mac, and Cubasis LE for iOS. On top of this, you get a selection of instruments, effects and tools including Steinberg’s Retrologue, the Waldorf D-Pole filter and PPG Wave 2 synth VSTs. It also gives you access to three free online courses from Produce Like A Pro.

The EVO Start Recording bundle is a perfectly balanced starter package that will not disappoint at a price that belies the quality of its components.