Modular effects can be a trip – and some sounds are out of this world. Here, we size up a Eurorack module that won’t break the bank but will have you shooting for the stars. 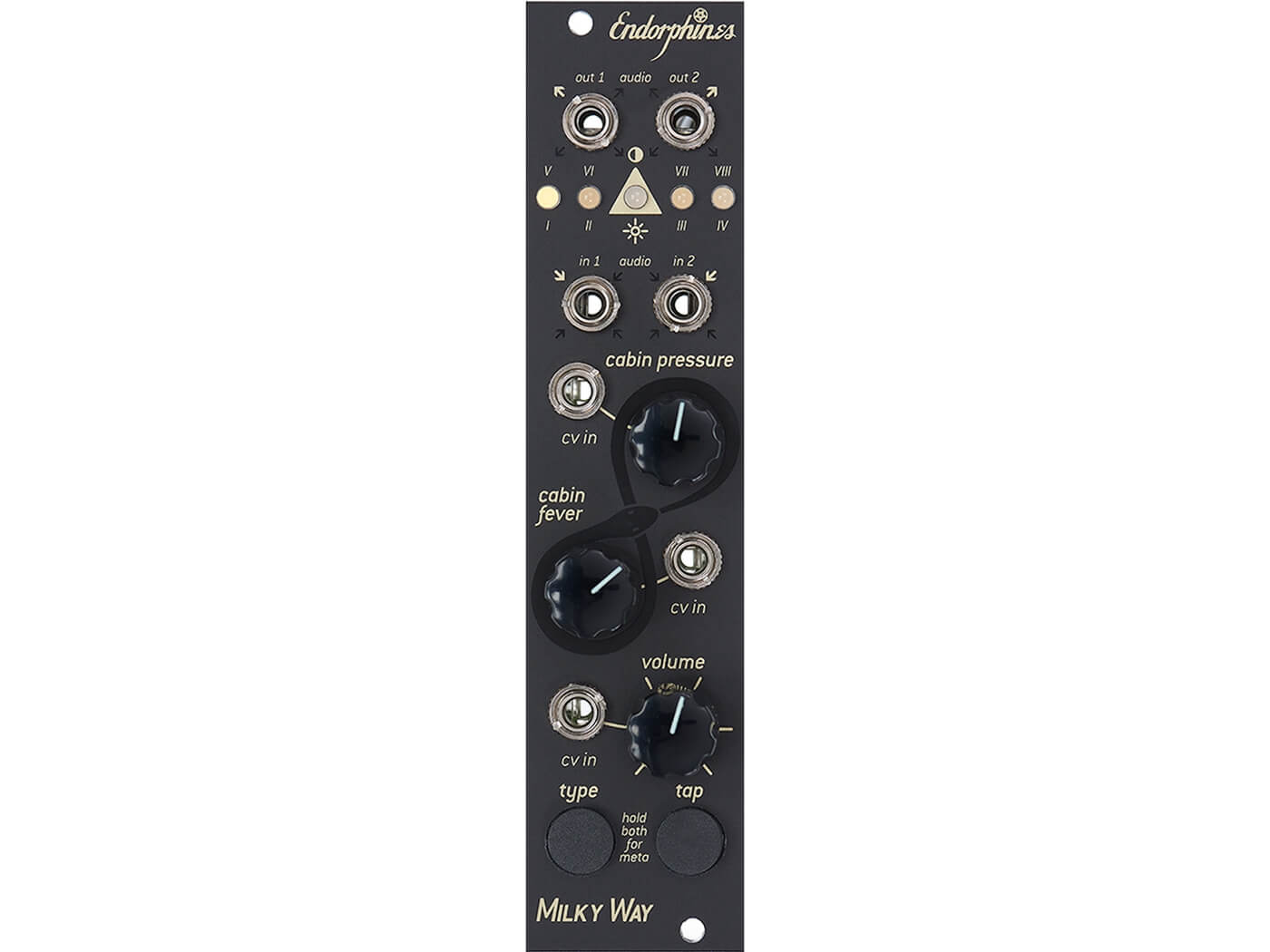 Effects are vital when it comes to expanding your Eurorack system’s sound-design options. But Eurorack effects modules tend to be bulky, and consume all too much of your precious case real estate. Simply finding enough space for a dedicated effects module can leave budding modular-synth enthusiasts scratching their heads.

If only there was a slender boutique module that could accommodate DSP effects while transporting your sequenced sounds to otherworldly places. Enter the Milky Way.

This multi-effects Eurorack module has a 6HP (horizontal pitch) imprint, and sports a stereo input and output, three knobs and two buttons. It’s part of a series of sleek 6HP modules by Barcelona-based Endorphines, known for its meticulous attention to detail and a feature density that ensures each of its modules is an all-round workhorse. Its slimline Milky Way stands out for its formidable sound-design abilities.

In the case of the Milky Way, less is more. At ﬁrst glance, the module may seem minimal in design, as it doesn’t seem to boast the usual modular overload of CV patch points and rows of knobs. Quite the contrary, the module is made with performance in mind. The functions are simplified so that pro performers and novices alike will not be left second-guessing which parameter does what.

The Cabin Pressure knob sets the wet/dry mix of the effect, and the Cabin Fever knob adjusts the secondary effect parameter, for example, a delay feedback amount. Both knobs can be CV controlled too. The third knob, near the base of the module, controls volume. As a bonus, the Milky Way has a dedicated VCA input, and doubles as a saturation-overkill control, adding crunchy saturation to the audio output when turned past three o’clock.

The recent TFD update has taken this module to new sonic heights. The effects are split into two banks: Airwaves and Darkwaves; the former more suited to synth sounds and the latter tailored for percussion. Both banks contain various reverb, delay, chorus and ﬂanger effects, as well as a ring mod, a peak compressor, overdrive, and a freezer looper effect. The reverbs, chorus and delays are smooth and versatile. It’s easy to dial in comfortable levels of space and create dub-like vibes.

There are some nifty secondary features accessible via some clever button combinations and proper study of the manual too. They’re not always the easiest instructions to remember but we don’t think that’s necessarily the purpose of a module whose name conjures images of space exploration and the wonders of the cosmos.

Maximum sound with little fuss, this is a module you can confidently adjust. Its sound-tweaking potential may be relatively limited but your case is likely to have other modules that can be tweaked should you feel the need. The Milky Way shines as an affordable, no-nonsense and reliable effects module that would be a smart addition to any budget case or live-performance rack. 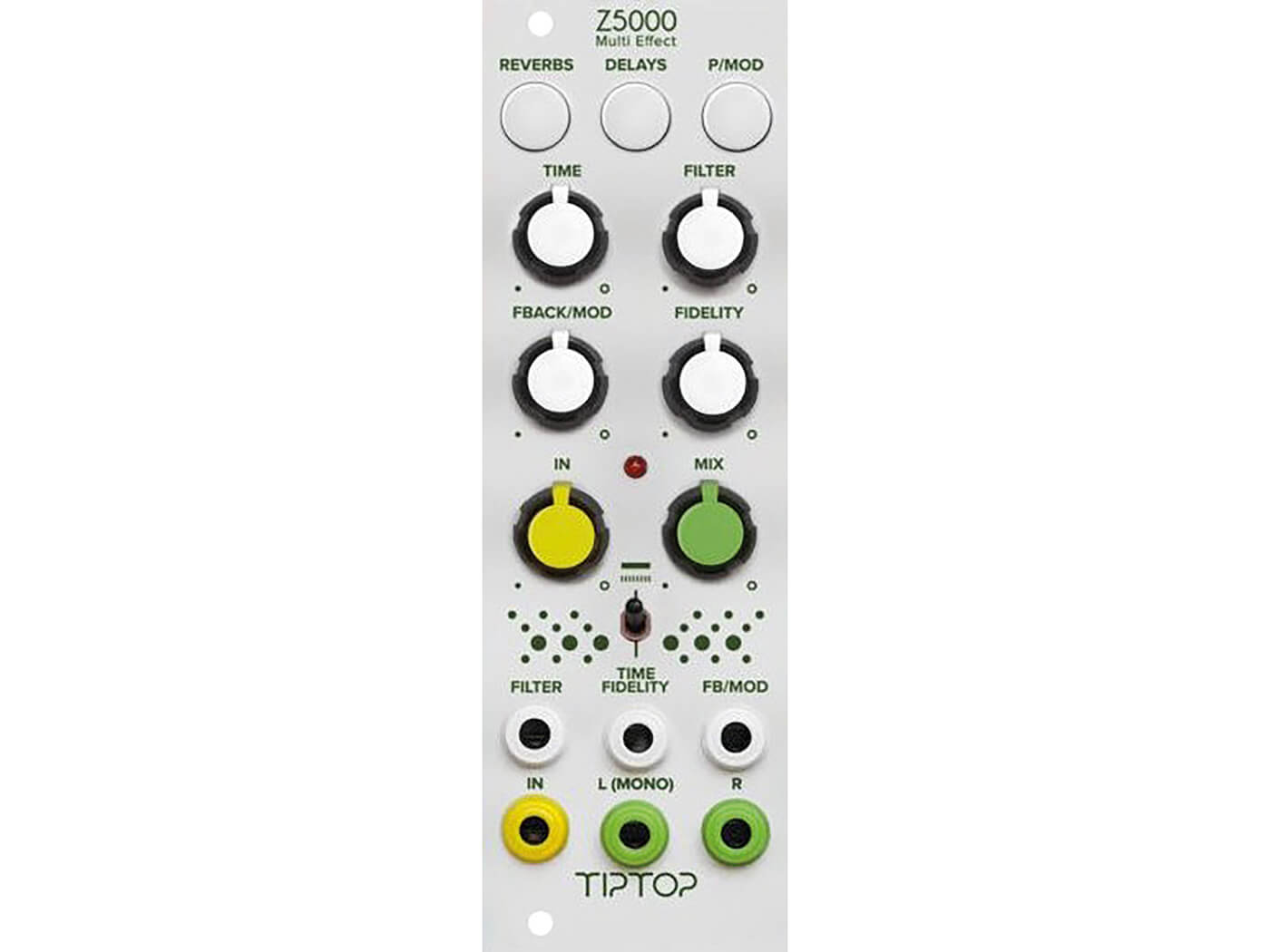 This multi-effects module provides 24 effects, including reverb, delay, modulation, pitch and harmonisers. At 8HP, It’s slightly wider than the Milky Way, and has a total of six knobs and three buttons. The main drawback is its mono input. 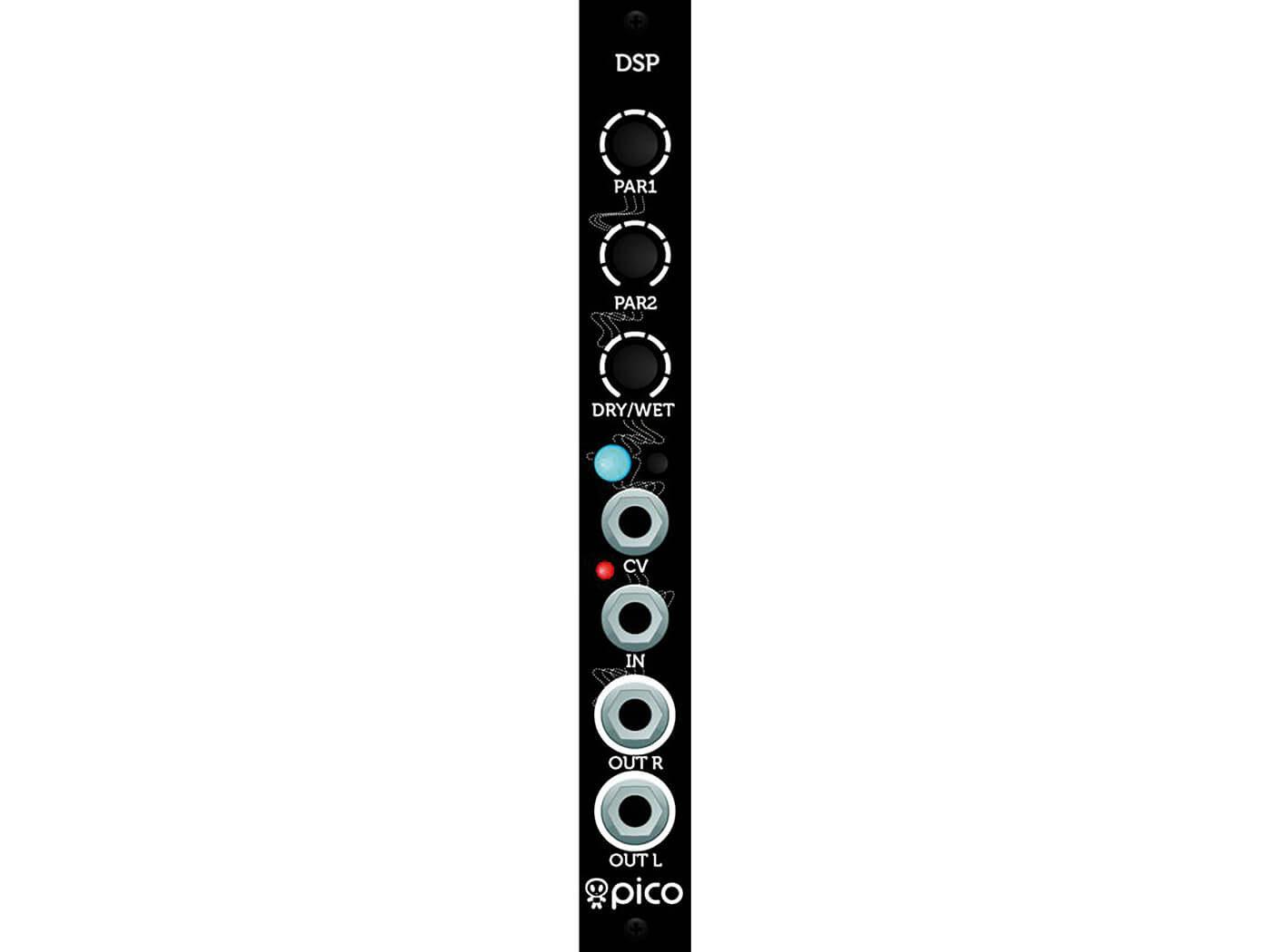 The ultimate in slimline Eurorack effects, this 3HP module is capable of spacious reverb, trippy delay and overdrive sounds in stereo with CV control over the ﬁrst parameter. However, it only has eight custom effects and lacks a stereo input.