Improve your podcast recordings with this perfect multi-voice mic. 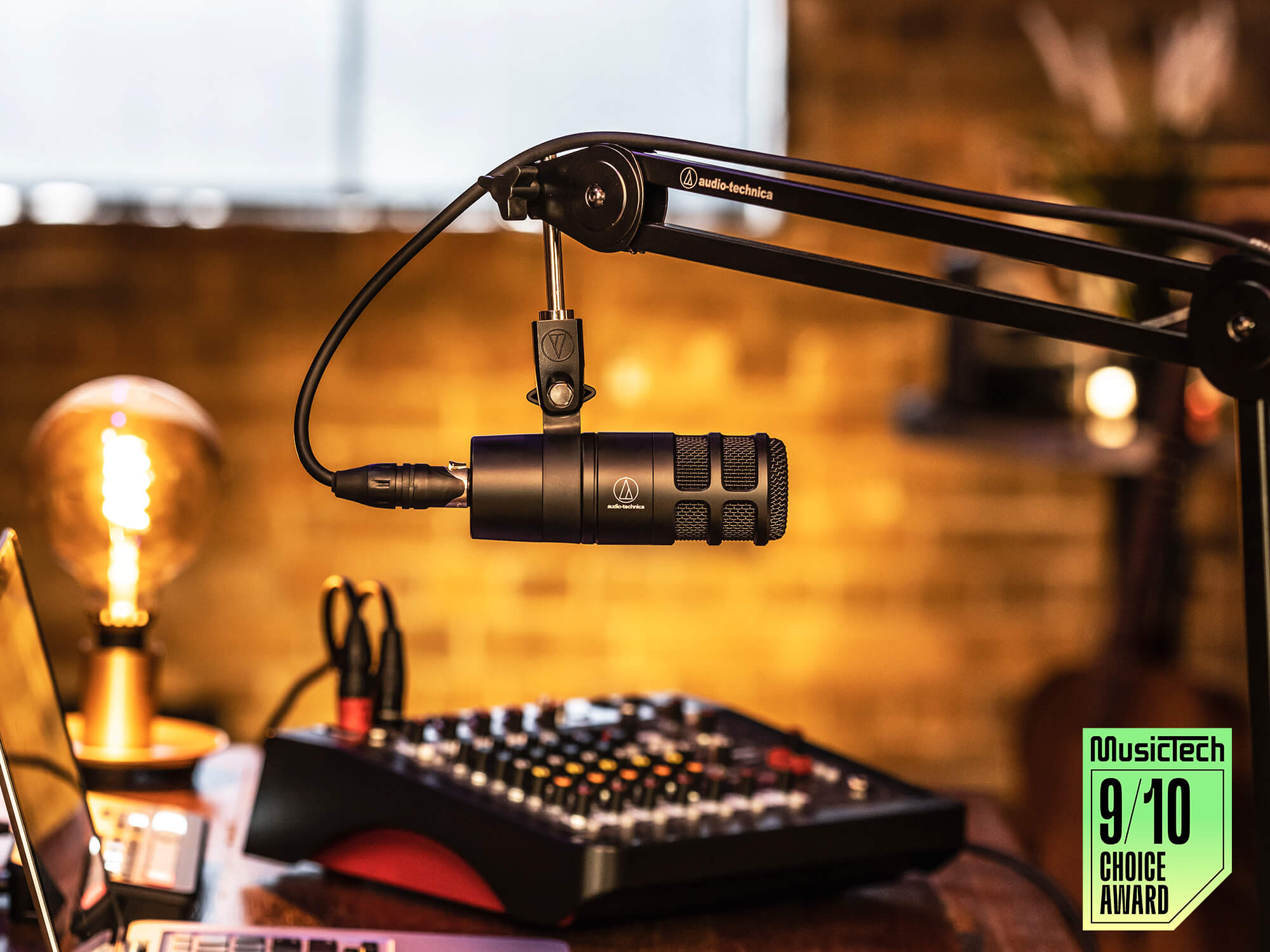 There are plenty of USB podcast microphones on the market. But there’s still demand for more conventional XLR mics that connect either to an audio interface or, perhaps more commonly, a mixer. Audio Technica’s AT2040 is designed to be stand-mounted and doesn’t have its own feet, making it more suited to floating stands that put the mic at the same level as your head rather than on a desk in front of you – the same kind of arrangement you’d find in a radio broadcast studio.

The AT2040 is solidly built and boasts a metal casing. It feels reassuringly heavy at 615g and more expensive in your hand than its modest price might suggest. There’s just the basics in the box: the mic, a soft carrying case, a pivoting stand mount and a 5/8-inch-27 to 3/8-inch-16 threaded adapter for use with different stands. 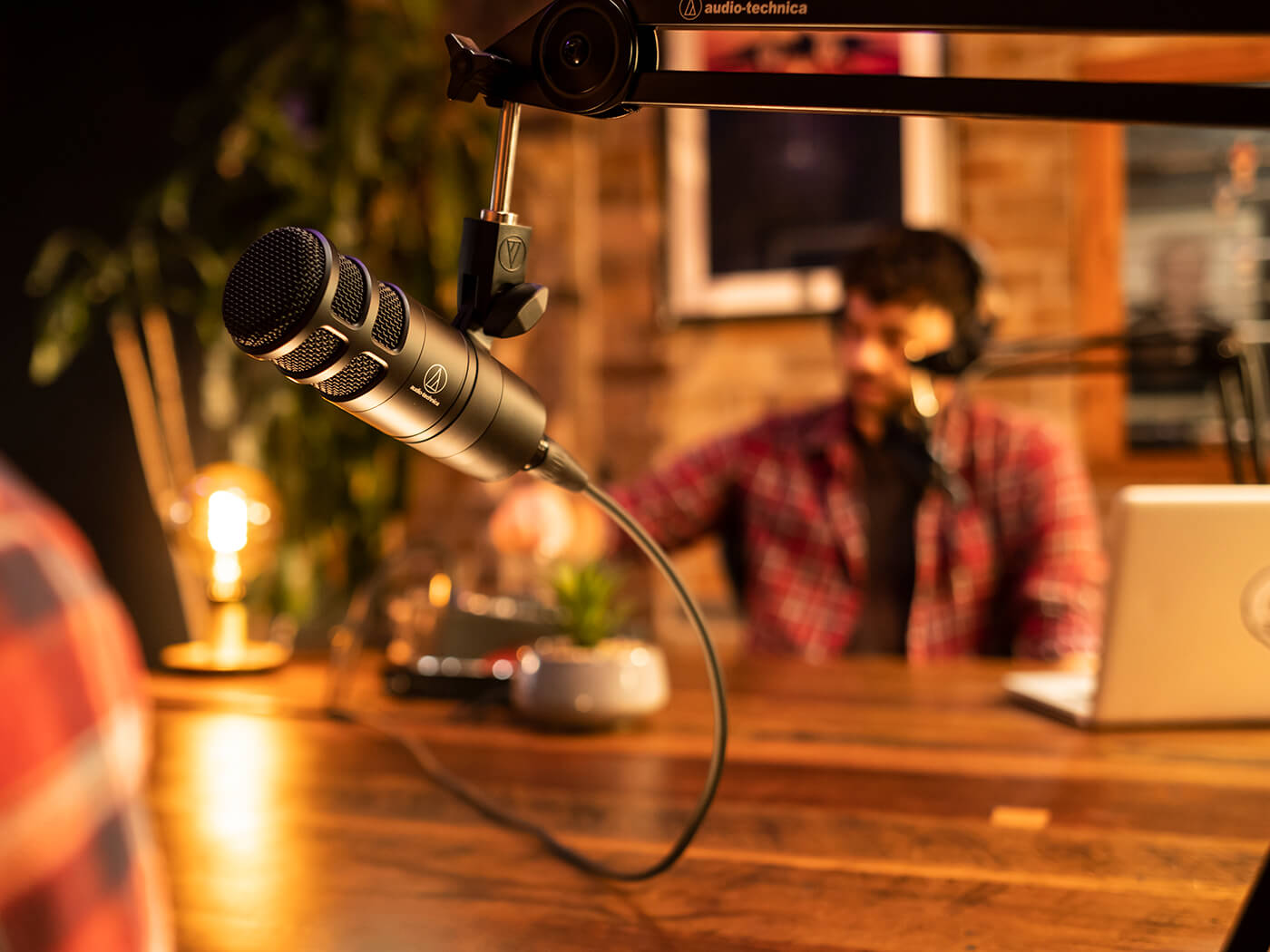 The mic is dynamic, with a hypercardioid polar pattern, meaning it doesn’t require phantom power and greatly reduces audio pickup from the sides and rear to provide the best possible vocal isolation of the sound directly in front of it.

There’s some clever stuff going on internally too. An integrated shockmount, invisible from the outside, reduces shock, noise and other vibrations that can be transmitted through the stand. There’s also a multi-stage internal foam mesh windscreen that acts as a pop filter. Also invisible from the outside, this is larger and thicker than regular internal pop filters, and sits between the large diaphragm and the top of the mic though again. 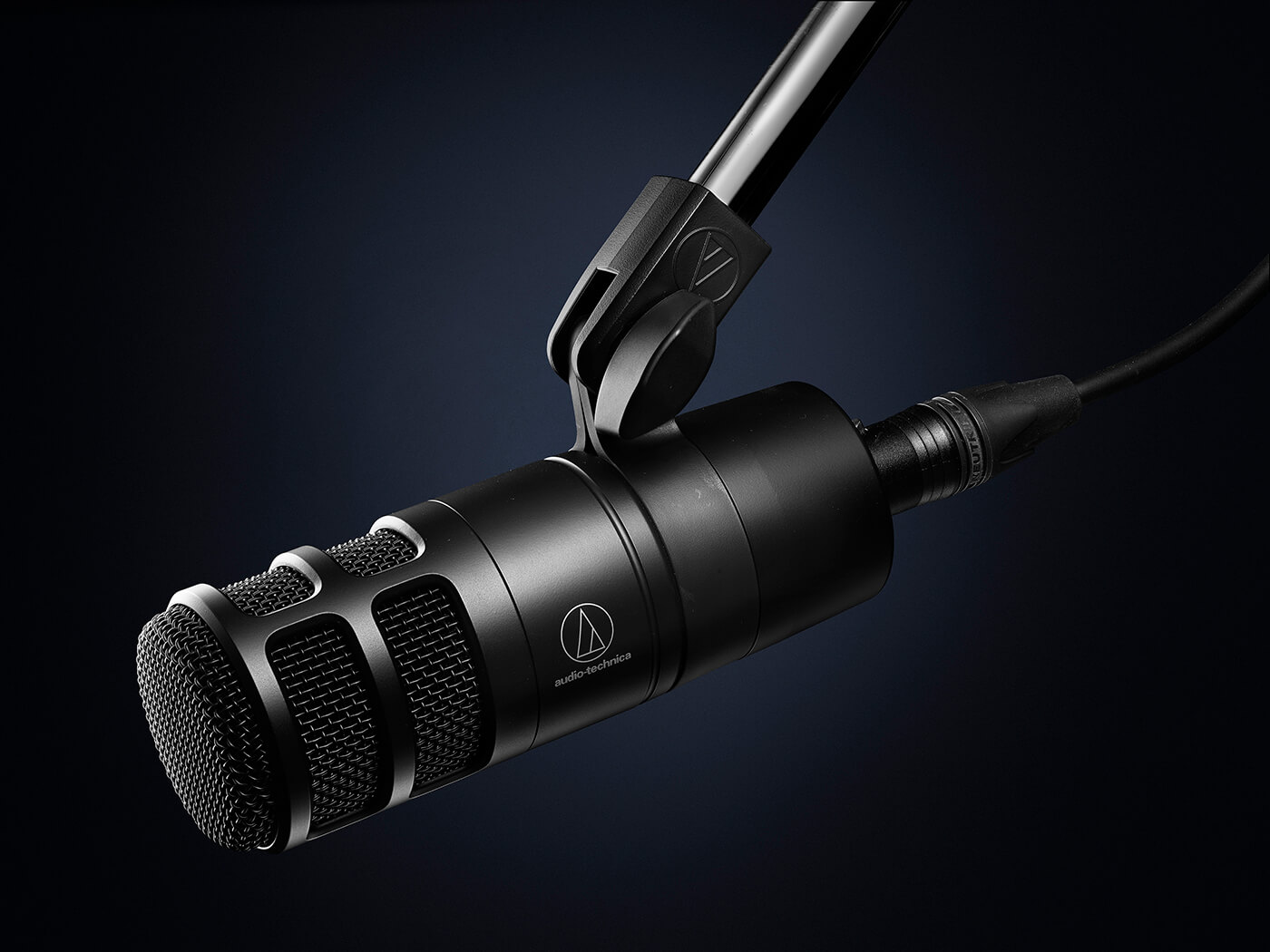 Given the proximity with which you’re likely to be speaking into a mic such as this, effective pop filtering is a must. This one is extremely efficient. Normally, external pop shields are recommended too but, given the efficacy of the AT2040’s internal shield, you’ll almost certainly get away without one.

The AT2040 has a frequency response of 80Hz to 16KHz, which isn’t as wide as some but is adequate for the spoken voice. This isn’t billed as an all-round studio mic and you’re unlikely to record bass or drums with it, meaning those extremes of frequency are less of a worry.
In use, the mic’s vocal capturing is excellent, with a warm, clear sound. There’s no bass roll-off switch but boomy bass isn’t a problem even when recording up close because it’s not sensitive down to those low frequencies. 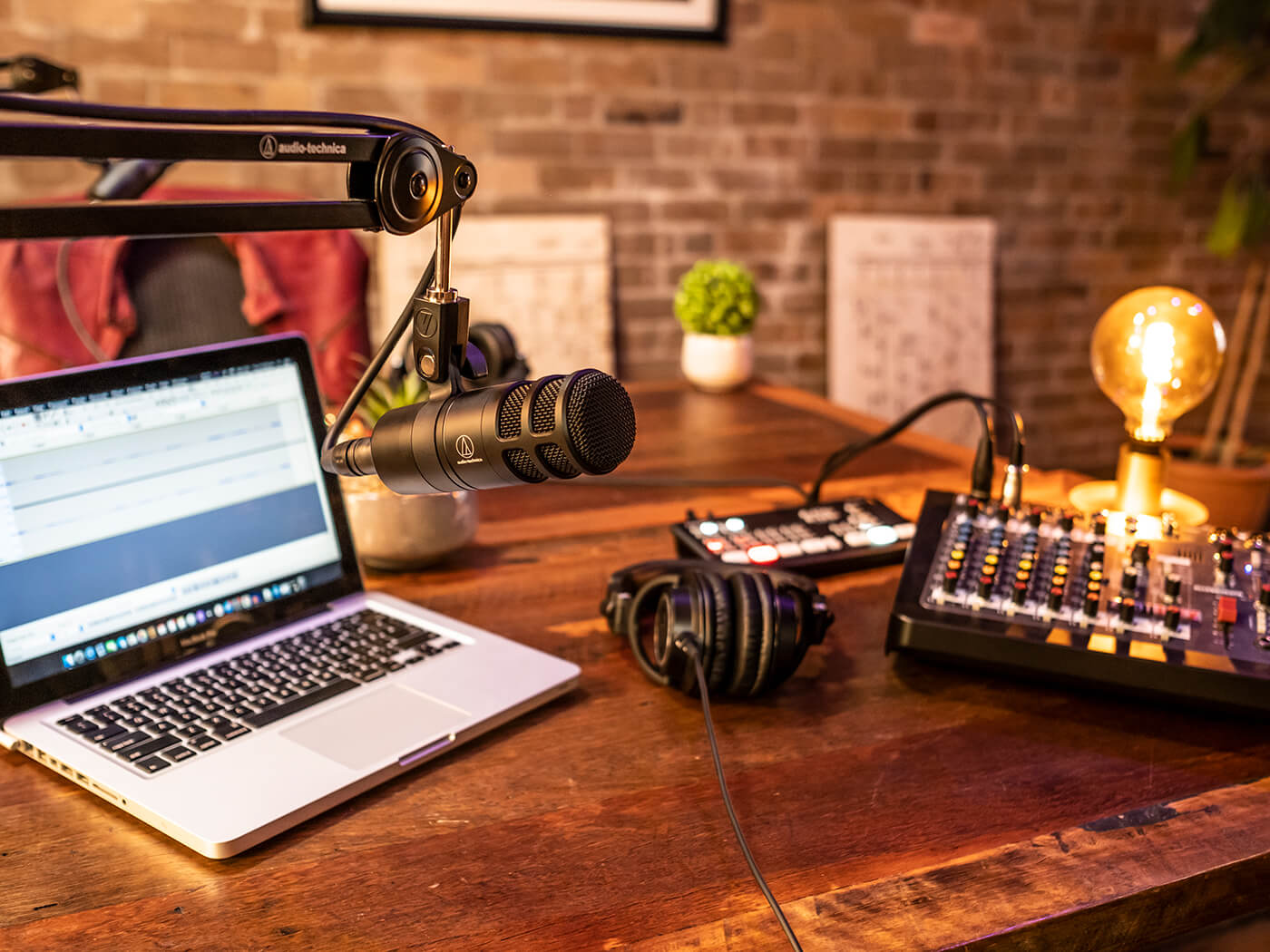 This is a serious podcast mic at an attractive price, designed for those going beyond simple USB plug and play, and using slightly more extensive setups that include interfaces or mixers. It’s ideal for multi-mic podcasting setups, paired with the appropriate stands, to record several people around a table. If you’re serious about podcasting, this is a sensible investment. 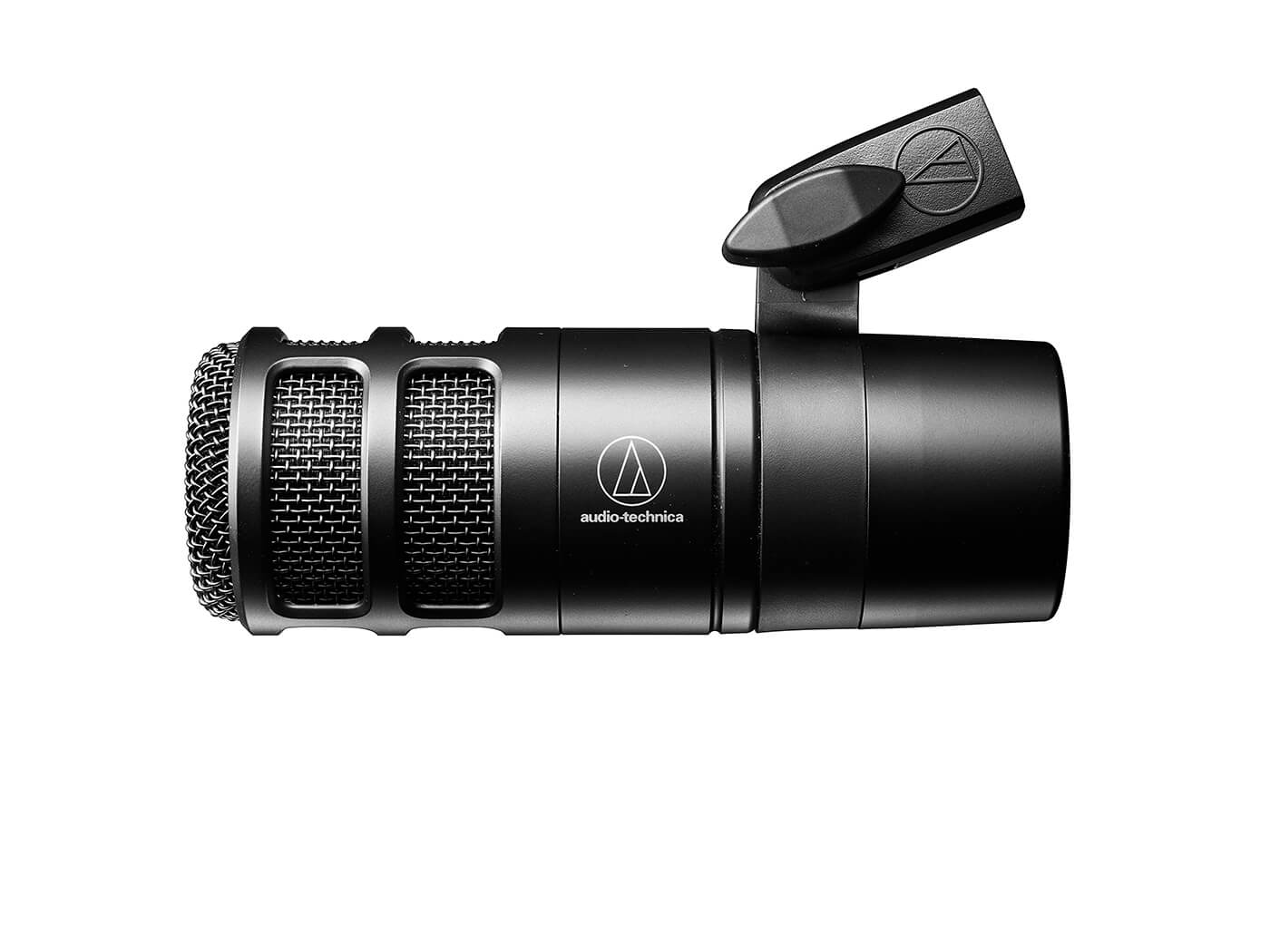