A very worthwhile update to a module which had already garnered something of a classic status. 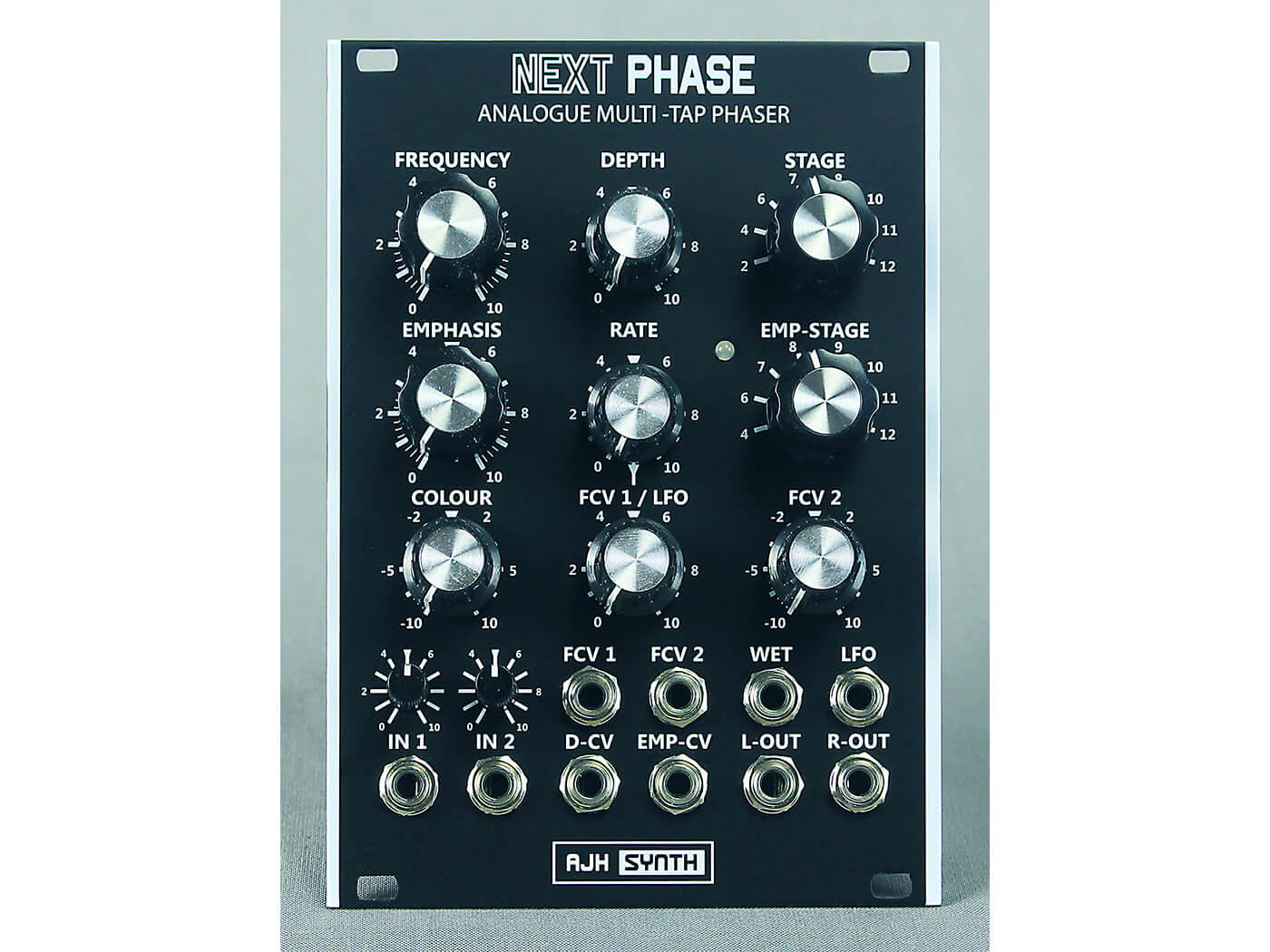 One of the latest of the crop of new modules from AJH Synth includes a rather substantial update to the company’s previously released phaser module, which we looked at last year.
While most users were delighted with this original Mega Phase 12, AJH is never a company to stand still, so this update adds a number of refinements and enhancements to the original design.

For the benefit of those who were not lucky enough to get their hands on the original module, this is a design which is firmly based on the Electro Harmonix Small Stone Phaser, which itself has seen various incarnations over time. Most people agree that the original version of the Small Stone has a superior depth of sound, and it is this version that AJH have sought to recreate. It has a signature sound that was made famous by electro-pioneer Jean Michel Jarre after he used it extensively on albums such as Oxygene. Once placed inline with white noise, string machines, and other synths, it becoming instantly identifiable. 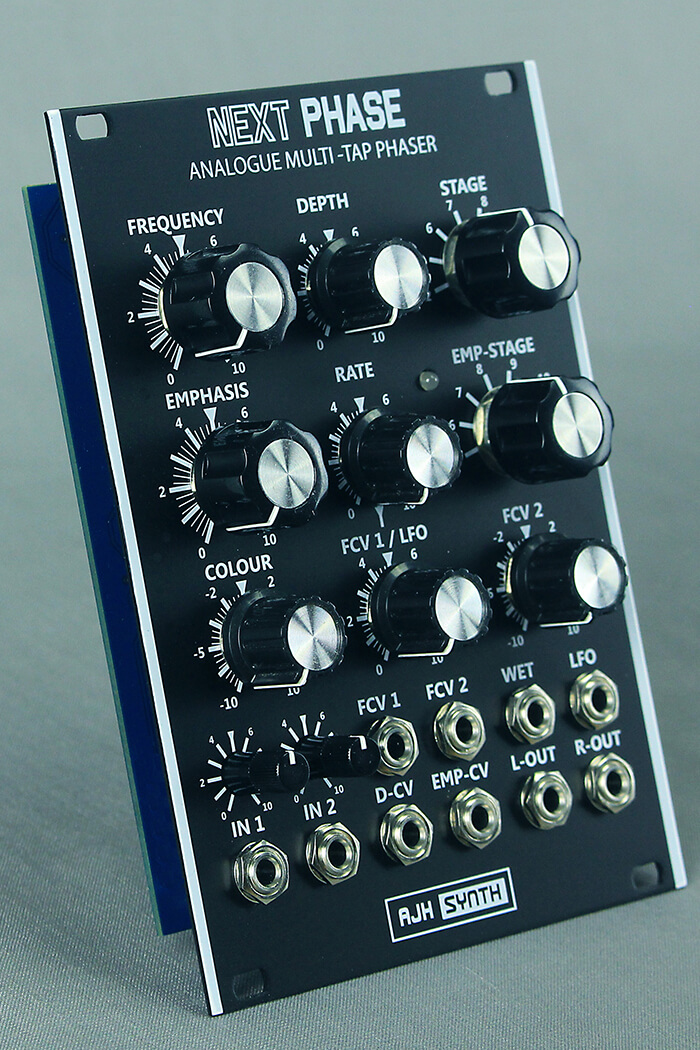 One of the factors that was inherited from this early design was the background noise, so AJH has significantly refined the design to reduce the noise floor. I personally never found the noise much of an issue, treating it as part of the phaser’s vintage charm, but there is no doubt that this pretty considerable improvement will make the phaser more appealing for contemporary production work.

Further still, there are now independent input level controls, allowing the user to mix and blend from the module itself, while a Colour control will allow for a change in the phaser’s sonic character, taking the sound from light to dark. All of the previous features remain, with one of the most significant and endearing being the ability to create stunning stereo effects, with the left output drawn from the Stage switch, and the right output drawn from the Emphasis stage.

This continues to be a deceptively creative module, which should now appeal to vintage connoisseurs and modern producers alike. It’s based on a classic and should almost be accredited classic status itself. It really does sound like it’s from the retro-future!