Can the Berlin-based brand’s new studio monitors offer the perfect balance of low-end power and affordability? 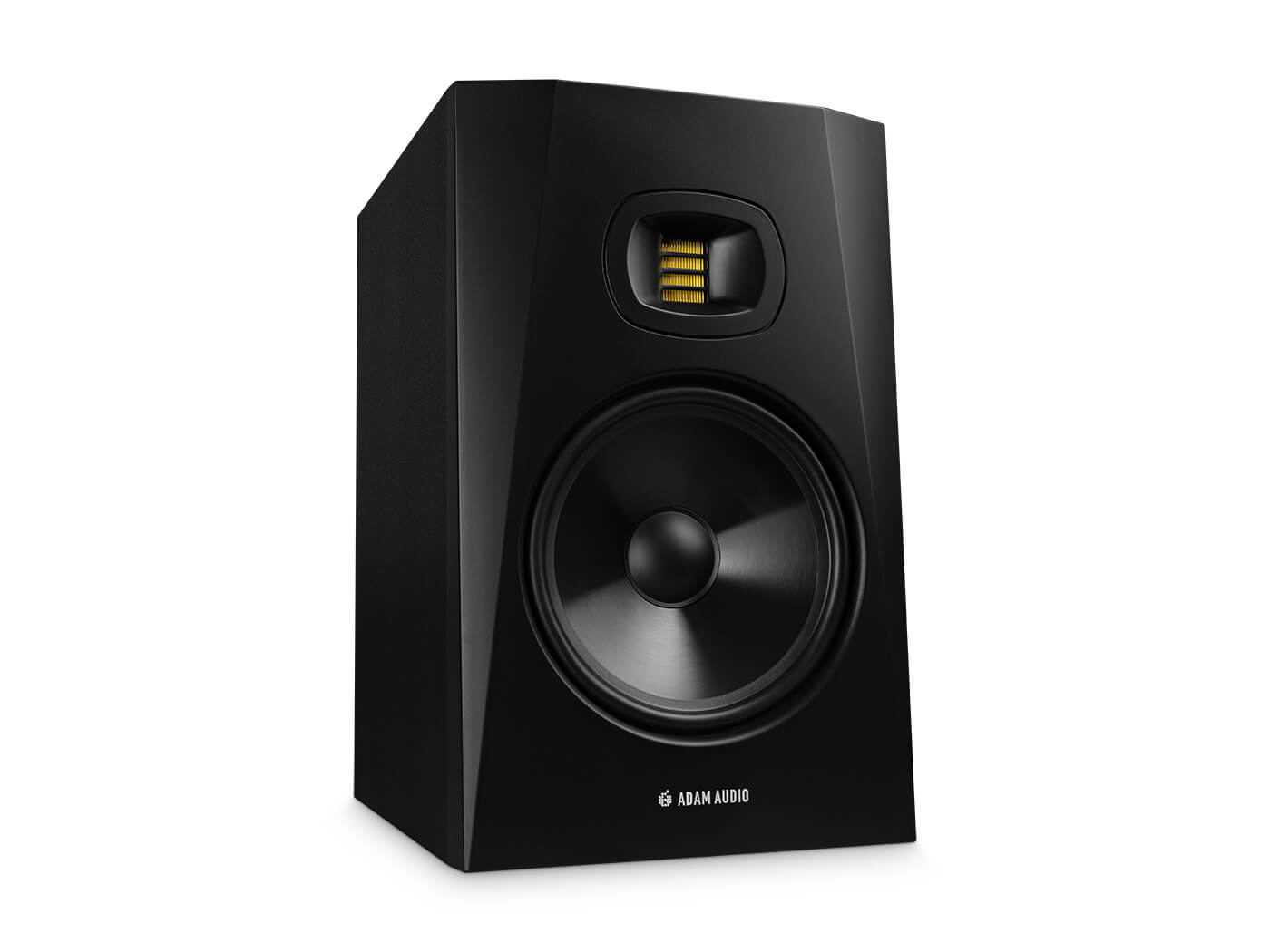 Introduced in 2018, German maker ADAM Audio’s T Series was launched with the T5V and T7V monitors, which feature five-inch and seven-inch mid/bass drivers, respectively. We reviewed both favourably upon their release, concluding that they offer outstanding performance for a remarkably low price. The T5V impressed us so much, in fact, that we not only awarded it our coveted MusicTech Excellence award but also our Value merit.

Now joining these affordable but detailed speakers is the bigger, bolder, beefier T8V variant, which sports eight-inch woofers. The T8V has been designed for those who have always wanted to work with monitors equipped with eight-inch drivers but find most models prohibitively expensive – many manufacturers’ entry-level ranges stop short of larger models such as this one.

Sharing the same build quality and many of the features of its smaller siblings, the T8V monitor measures 400 x 250 x 335mm but weighs in at just 9.8kg. This is in no small part due to the lightweight yet powerful onboard Class D amplification, which is more compact and more efficient than standard Class A/B transistor amplifiers. Because ADAM’s PWM (pulse width modulation) amplifiers are switching types that use power transistors too, they’re able to run much cooler than traditional solid-state amps, meaning there’s no need for heat sinks in the cabinet enclosures.

The T7V’s amps deliver a total of 70 watts of RMS power into its drivers, but the T8V’s amps pump this into their mid/bass units alone, and give a further 20 watts to the tweeter.

All three T-Series monitors incorporate ADAM’s U-ART 1.9′-inch Accelerated Ribbon Tweeter, made from a pleated polyamide film. It’s an extremely efficient design that draws air into and out of its folds as it expands and contracts, making it capable of moving air four times faster than dome tweeters. Its performance is further enhanced by the HPS waveguide, which behaves like the units built into the company’s flagship S Series monitors, ensuring controlled and even high-frequency dispersal while providing a wide sweet spot.

Like the five-inch and seven-inch drivers in the smaller T-Series monitors, the new eight-inch mid/bass driver is made from polypropylene and has a smooth and shiny black finish. As you might expect, the larger driver enables lower bass frequencies, with the T8V digging deep to deliver down to 33Hz, where the T7V and T5V had respective cut-off points of 39Hz and 45Hz. Bass output is augmented by a rear-firing bass-reflex port on the back panel (which is also home to the RCA/XLR sockets and all switches), so the monitors are best situated well clear of walls and corners.

Switches on the back panel allow for + /- 2dB of shelving EQ to boost or cut bass and treble frequencies so, if the optimum placement isn’t possible, you can use these to tailor the response to suit your room.

Each monitor has its own volume pot, with the ideal 0dB setting at one o’clock; turning the monitors up full introduces invasive hiss from the power amps. These pots are continuously variable, so you’ll have to set each level precisely for perfect stereo matching. It’s a minor issue, then, that these pots aren’t indented. Indented pots would make this considerably easier, and would provide some protection against accidentally altering the volume when using the LF-shelving EQ switch just above it.

The combination of the port-assisted eight-inch woofer and U-ART tweeter provides a frequency response of 33Hz to 25kHz, along with a maximum SPL of 118dB, so this T8V can handle heavy. 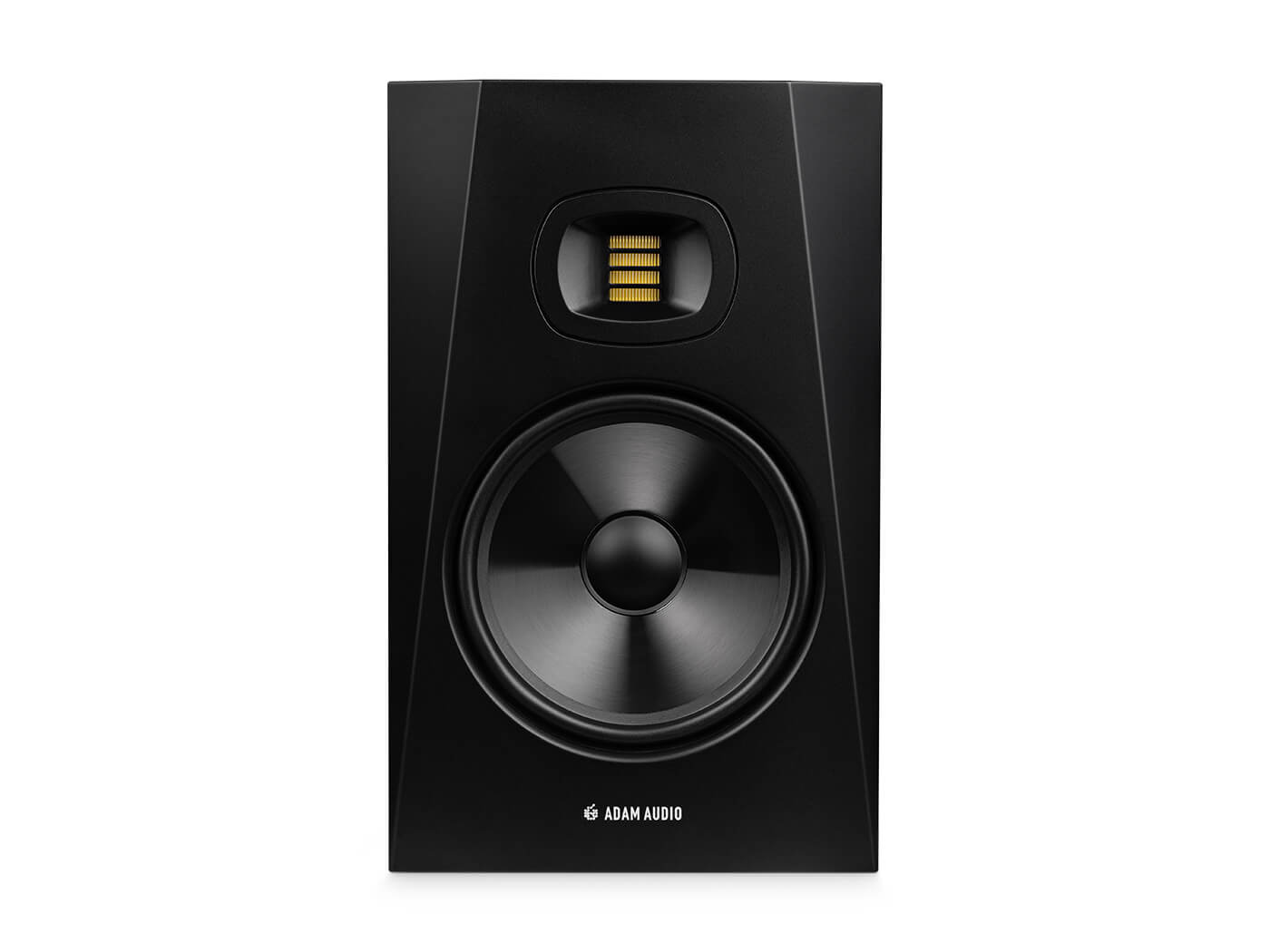 Built for durability, the acoustically optimised cabinets feature an attractive bevelled front panel that aids smooth frequency response. The overall finish is excellent given the T8V’s price, and the cabinets should withstand the rigours of studio life, taking the odd knock without bearing battle scars. ADAM is confident enough in the durability of its T8V, in fact, that the maker offers a five-year warranty. The units are shipped with European-style two-pin power-cord connectors.

Before we commence serious auditioning, we loosen up the monitors using a burn-in disc of wide-band audio, played for several hours. With fond memories of the T7V and T5V, we line up a few familiar favourites with which to test the T8V. Our first impressions are of incredibly strong and forceful bass – too strong for the room, in fact. Engaging the -2dB LF switch conveniently reduces the bass output but even then these monitors are still heavier in the lower registers than their bijou siblings. Apart from the extra few hertz of low-end extension, the T8V is voiced to give a powerful bass performance.

The original 1969 stereo mix of The Beatles’ Come Together has a deep, swampy bassline that the T7V conveyed with great authority. The T8V, however, takes things a step further and makes Paul McCartney’s bass the star of the show. The midrange clarity and detailed treble from the U-ART tweeter is fine, with the repeat echo on John Lennon’s vocals clearly audible, but it’s the prominent bass performance that commands all the attention on this track. Not available when we tested the smaller monitors, the track’s 2019 remix, produced to sound more modern, provides even more full-bodied bass content.

Here, the low end completely dominates proceedings, yet the T8V never loses its grip, so the bassline is fluid and punchy, not slow and soggy, as it might be with many plastic-driver-equipped monitors from the past.

David Bowie’s Ashes To Ashes is another sensational test track, also used to put the T5V and T7V through their paces. On this track, the additional punch and weight of the T8V comes through to fantastic effect. Also apparent while playing this track is the T8V’s excellent dynamic expression, with tiny changes in the levels of midrange and treble information starkly revealed. These micro-dynamics are often smoothed over by domestic loudspeakers but not here. This is the kind of detail required to produce flawless mixes.

Testing some synth-pop mixes reveals subtler elements of the T8V, including some sub-bass frequencies not present in other speakers. The T8V’s stereo imaging is good, though not as pin-point accurate as the little T5V’s. The depth of image, however, is superb, so you can really get into a mix and get all your ambient cues – reverb and delay effects, for example – spot on.

The U-ART tweeter is an incisive and explicit performer, if not especially refined or airy, while the new eight-inch woofer brings seismic bass to the party. If you love big bottom ends, you’ll love the T8V. This is a marvellous low-cost monitor, especially so if you’re blessed with a large room in which to make noise.

Choosing a set of monitors that work for you is one of the most important music-making decisions you’ll ever make – and we recommend buying the best you can afford. While many of the market’s top-tier performers will set you back four-figure sums, the trickle-down technology from ADAM’s more prestigious ranges means that with the T8V, you’ll get a high percentage of the top models’ performance for a fraction of their cost. Some midfield designs like these work best in the context of a more comprehensive monitoring system.

The T8Vs, however, are good enough to perform as the main monitors in many recording setups, as long as you have a large enough room and are able to drive them to high SPLs. A cavernous soundstage coupled with delectable detail and insight make the affordable T8Vs an ideal choice for those who desire a bass performance deeper than their pockets would normally allow. 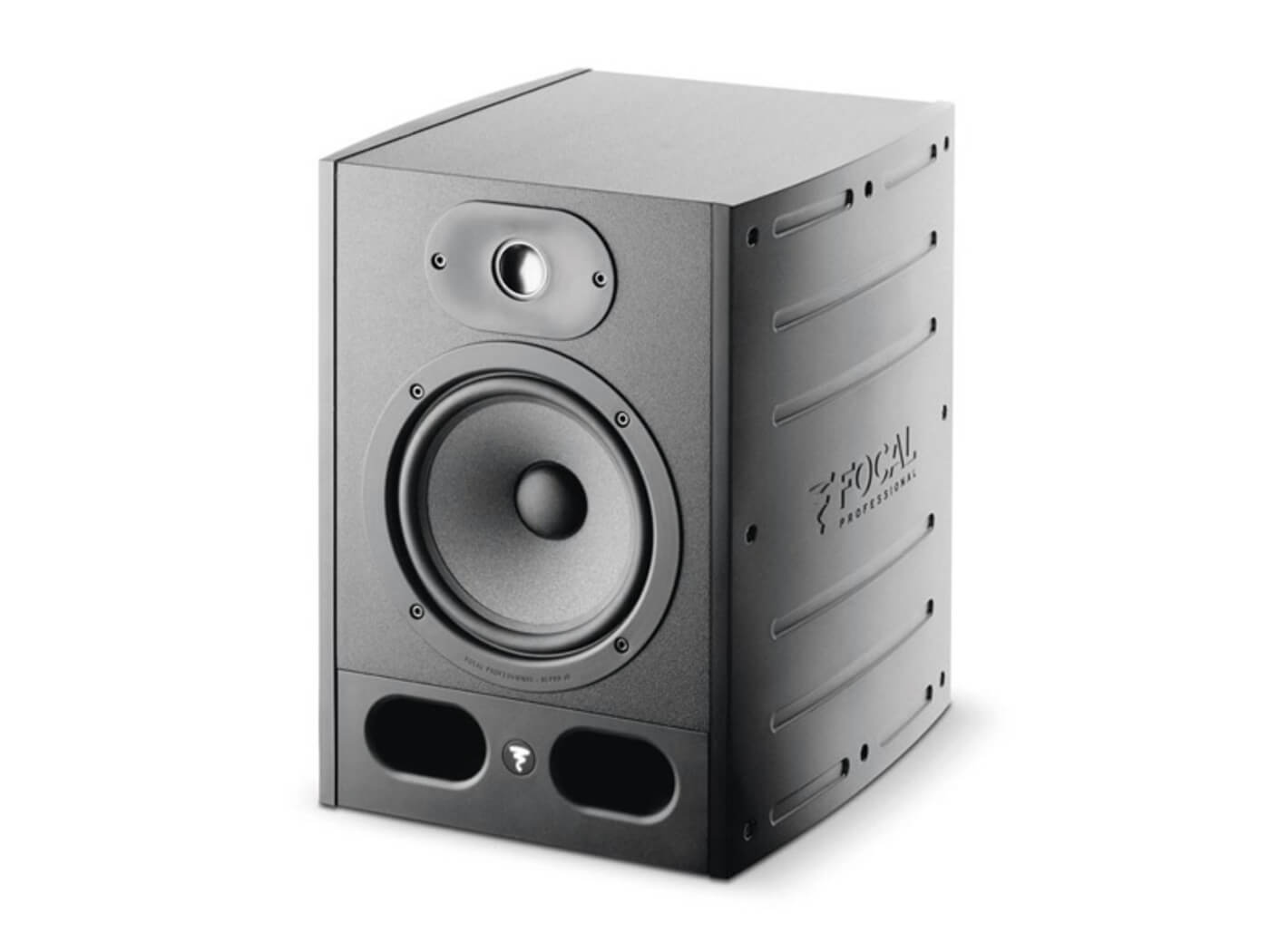 Like ADAM’s T Series, the Alpha range offers impressive value for money while majoring on clarity and accuracy. We were deeply impressed with the consistent performance throughout the range. 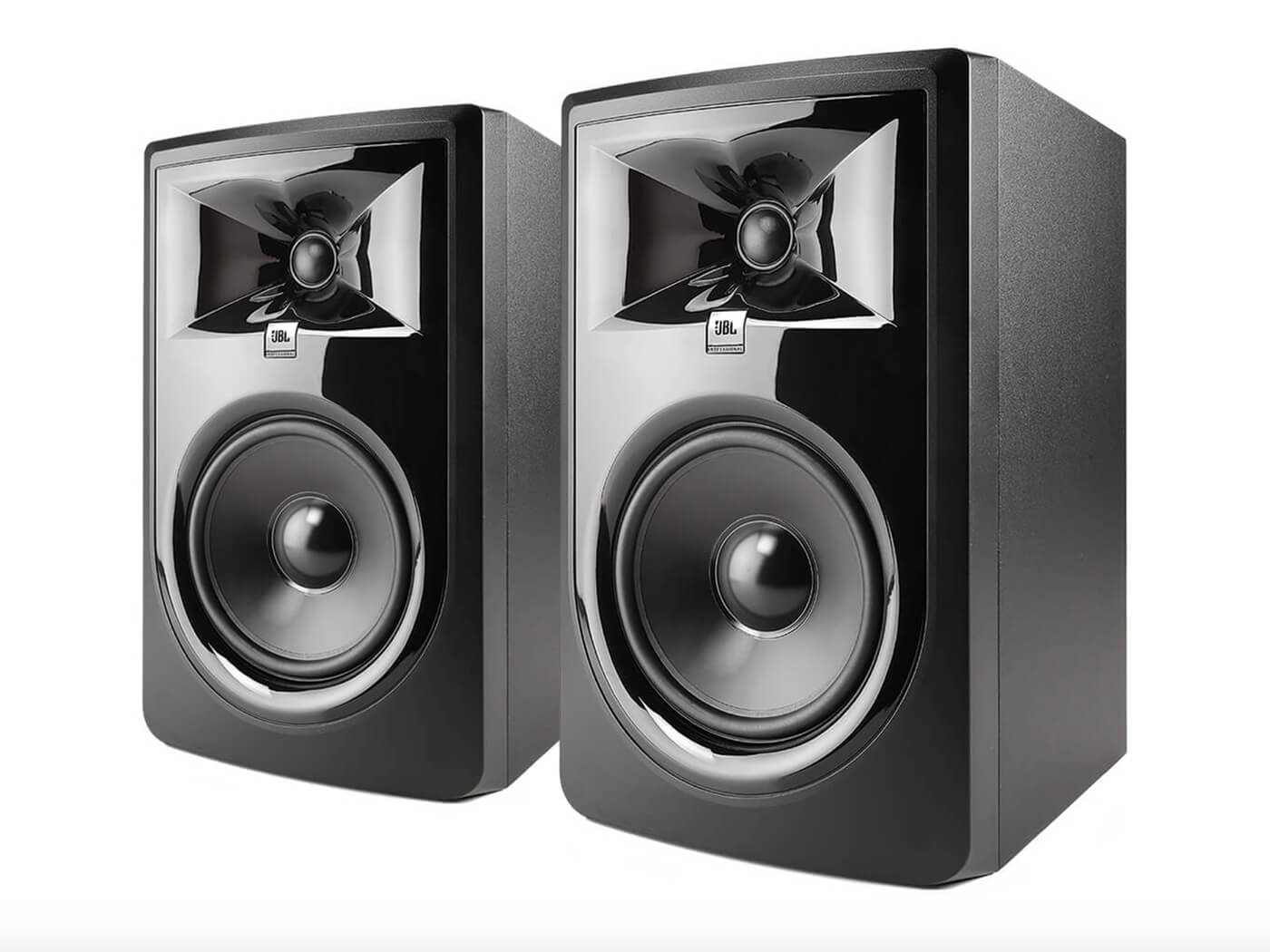 The 306P is another big-sounding monitor with muscular bass. We love the clean, unhyped treble, and found them to be smooth and unforced with an insightful midrange and panoramic stereo imaging.