Warm Audio’s affordable brand takes a bold step into the world of USB audio. Will they be able to match the functionality of established competitors’ products? 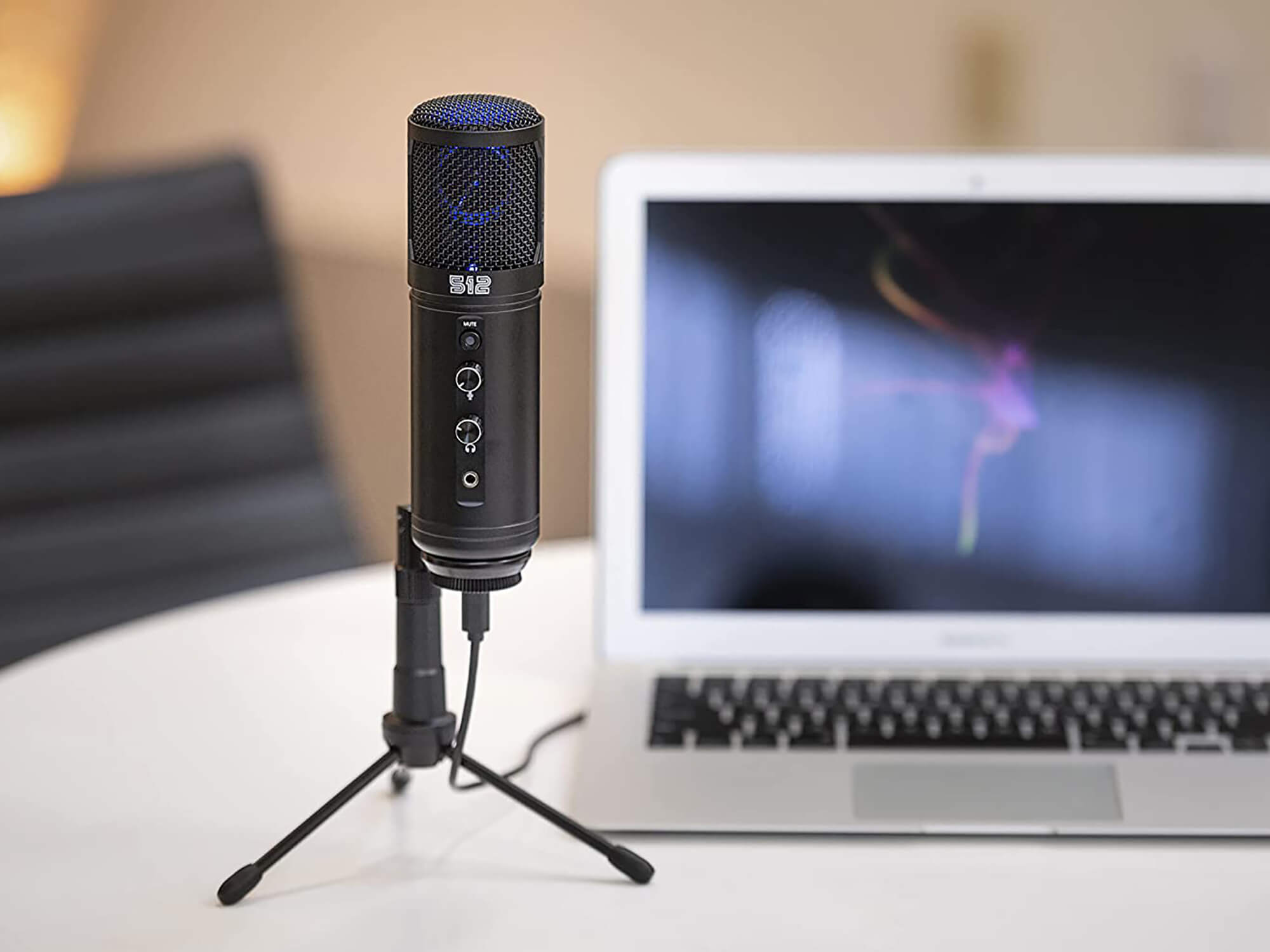 Warm Audio’s budget arm 512 Audio is focused on content creators, launching with the release of its Limelight and Skylight microphones in 2021. This year, the American brand turned its hand to USB audio devices, with the first to arrive for review being the Tempest large diaphragm condenser. Like the earlier Skylight, the Tempest has a 34mm gold-plated capsule but adds a cool violet LED to the equation.

Out of the box, first impressions are strong. With a sleek black finish and reassuringly heavy in weight, the hardware really means business and there’s a lovely assortment of useful accessories in the box. A hard mount, cut-out shockmount and tabletop stand are included, but no custom pop shield like the Skylight. More unusually though, there’s no ⅝-inch to ⅜-inch mic stand thread adapter either. USB-C connectivity underneath is a welcome sight, but as with other manufacturers a legacy USB-A to USB-C is the only cable supplied – is a USB-C to USB-C cable really too much to ask?

The forward-facing controls are refreshingly simple – but this is where things start to go slgihtly wrong. There are two sturdy dials for mic gain and headphone level. Headphones are also connected around the front via the 3.5mm socket, which makes sense in the context of using the cutaway shockmount, but might protrude when placing the mic close to sources. A mute switch completes the control line-up but unfortunately isn’t especially silent to operate due to a combination of body resonance and a click from the switch itself.

Direct monitoring of the live signal from the mic is at a fixed level and always on – this is restricting for a USB mic at this price point. A simple blend dial, like that of the ubiquitous AT2020USB+ from Audio-Technica, would have been a safer design decision, if 512 expects Tempest users to move beyond the (less technically challenging) realms of streaming and podcasting and take the mic into the home studio. More simply, there could have been a toggle switch to enable/disable direct monitoring.

In use, the capsule offers a crisp high frequency response, adding useful clarity to vocals and spoken word and a commercial pop ‘hyped’ feel built into recorded parts. Acoustic guitars were equally bright; everything requires less EQ when mixing, meaning that the sound is closer to the finished product out of the box, but veering towards the brittle side, and some perceived mid scooping presumably as a result of the keen high/high-mid boosts.

The proximity effect isn’t pronounced at all on the Tempest, meaning that you can capture sound things closer to achieve isolation without excessive bass-build up. On the flip side, those chasing the deep radio presenter sound will need to get very close and use a pop shield to protect the exposed diaphragm. We’re pleased that the Tempest preamp isn’t particularly noisy when cranked towards the higher end of the 45dB gain range. The LED lighting certainly looks cool, but its physical location means that it sometimes dazzles the user.

Tempest’s playback quality is respectable, similar in fidelity to our MacBook onboard sound. The headphone amp has plenty of power, coping better with driving our 80-Ohm studio headphones than the MacBook, but it is noticeably hissy in the last quarter of the dial’s rotation. We were able to use the Mac OS volume controls to scale/attenuate the overall level set by the hardware control. This is far more convenient than having to reach for the headphone dial on the mic each time, but also potentially confusing for novice users.

In the majority of cases, the direct monitoring limitation doesn’t cause problems. It’s helpful to be able to monitor the live feed from the mic in online meetings and for straightforward recording applications, and the fixed blend of live and playback signal seems to work ok. If the performer recording needs a different headphone mix or wants to monitor through plug-ins – or you don’t want to hear your mic feed in a meeting – then that’s when you run into serious problems.

512’s Tempest looks slick and is robust, with a finish that sets it apart from competitors, respectable sound quality and a powerful headphone amp. It has the makings of a market leader but frustratingly falls short of the competition for serious home studio use.