Production may have ceased two years ago, but the Technics brand has firmly cemented its place in history. John Pickford has the story. Originally designed for the hi-fi market, the SL-1200 rapidly became the deck of choice for discerning DJs. Photo courtesy of Rewind Audio www.rewindaudio.com Such is the company’s reputation, if asked to name […] 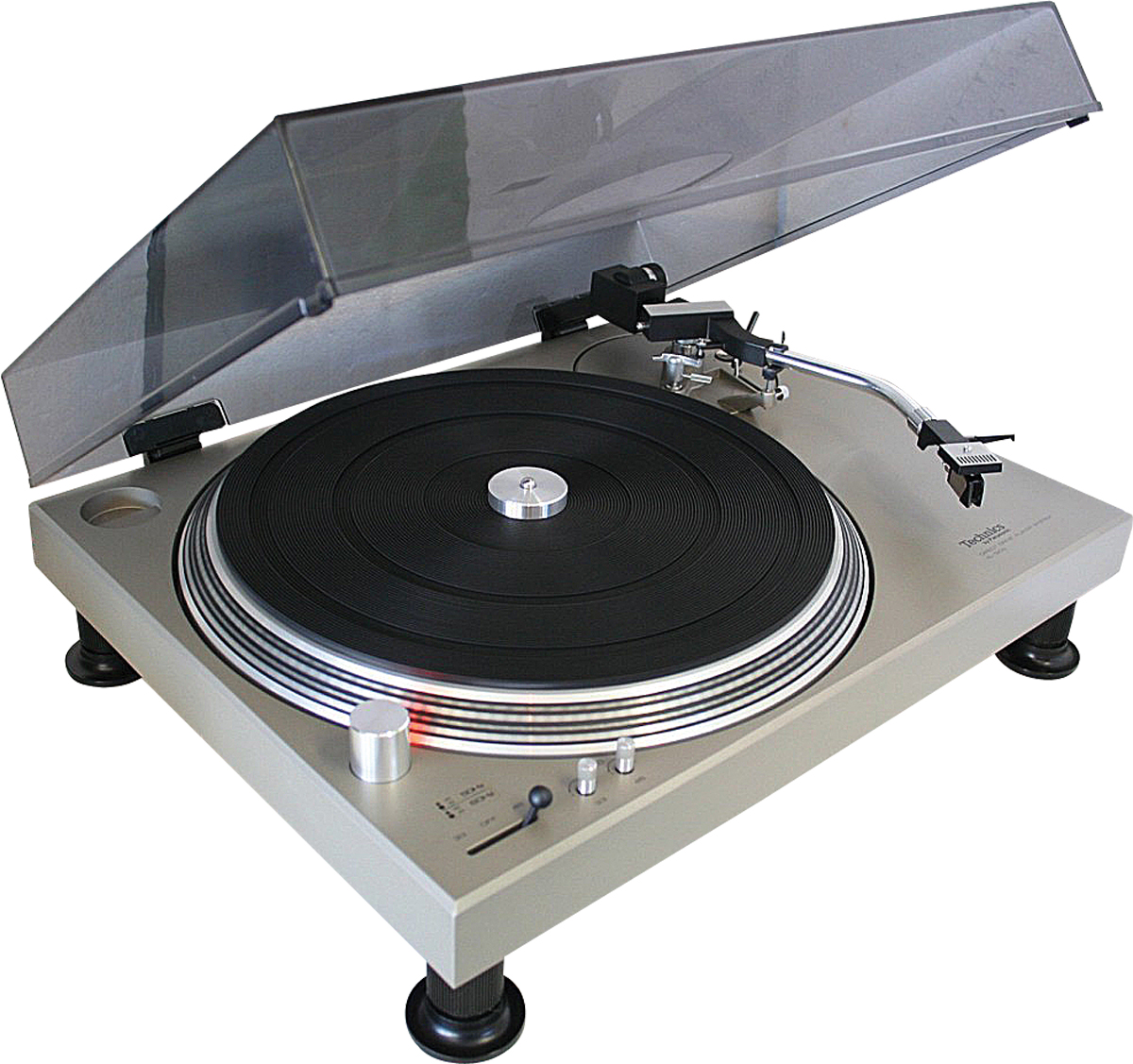 Production may have ceased two years ago, but the Technics brand has firmly cemented its place in history. John Pickford has the story.

Originally designed for the hi-fi market, the SL-1200 rapidly became the deck of choice for discerning DJs. Photo courtesy of Rewind Audio www.rewindaudio.com

Such is the company’s reputation, if asked to name a manufacturer of turntables, it’s fairly safe to assume that the vast majority would people would say ‘Technics’, and many of those would append the model numbers 1200 or 1210. The SL-1200 was launched 40 years ago, in October 1972, by the Japanese company Matsushita, and although it eventually became the turntable of choice for DJs and hip hop producers alike, it was originally aimed at the domestic hi-fi market.

As one of the very first direct-drive turntables, it boasted much better speed stability than belt-driven decks and an impressive rumble measurement of -78dB. The original machine, with its +/-6% pitch control and built-in stroboscope, was well received at the time, but it was the release of the SL-1200 MK2 in 1979 that saw the popularity of the deck soar. This revised version featured quartz lock on the motor and a new sliding pitch control that replaced the dual rotating pots of the MK1, enabling easy beat-matching; the quartz lock was activated when the slider was in its central position.

Early hip hop DJs such as Grand Wizzard Theodore from New York and Jamaican-born DJ Kool Herc pioneered the art of scratching and breakbeat DJ’ing with the aid of their direct-drive decks. Several factors made the 1200 MK2 popular with DJs, not least of which was the high torque from the motor, which, coupled with the lightweight aluminium platter, made slip-cueing simple, accelerating the deck from standstill to 33&1/3 in 0.7 seconds.

The fact that the SL-1200 was built like a tank meant that it could withstand the rigours of a busy nightclub lifestyle in a way that would have finished off most other turntables on the market. It also possessed excellent acoustic feedback-rejection characteristics, enabling it to be used in conjunction with deafening PA systems.

Ironically, just as the SL-1200 was earning its iconic status in dance music culture, the hi-fi brigade began to get a bit sniffy towards it, preferring instead belt-driven turntables such as the minimalist Rega Planar – a deck that required the user to remove the platter and manually adjust the drive belt in order to change from 33&1/3 to 45RPM.

The main gripe among many audiophiles was the quality of the 1970s S-shaped tonearm, which seemed archaic to hi-fi vinyl lovers of the late 1980s and beyond. However, the design was ideal for DJ use, and coupled with the headshells and cartridges often used – more often than not the Stanton 500A – the Technics could extract music from worn vinyl that most other decks would reproduce as the sound of frying bacon.

From 1989, the SL-1200 went through several revisions. The MK3 featured gold phono connectors, while the MK4, unveiled in Japan in 1997, replaced the deck’s captive phono leads with sockets, enabling better cables to be used. This modification didn’t appear further afield until the release of the MK5 in 2002. The models designated SL-1210 were sold alongside the SL-1200 and indicated the two model’s different finishes: the 1200 was silver while the 1210 was finished in matt black.

The last incarnation of the SL-1200 was the MK6, released in Japan in 2008. This was arguably the best version of the deck ever made, featuring upgraded tonearm mounting, oxygen-free copper wiring, and superior vibration damping. However, with an increasing number of DJs turning to CD players and laptops, the Technics SL-1200 was discontinued in 2010. 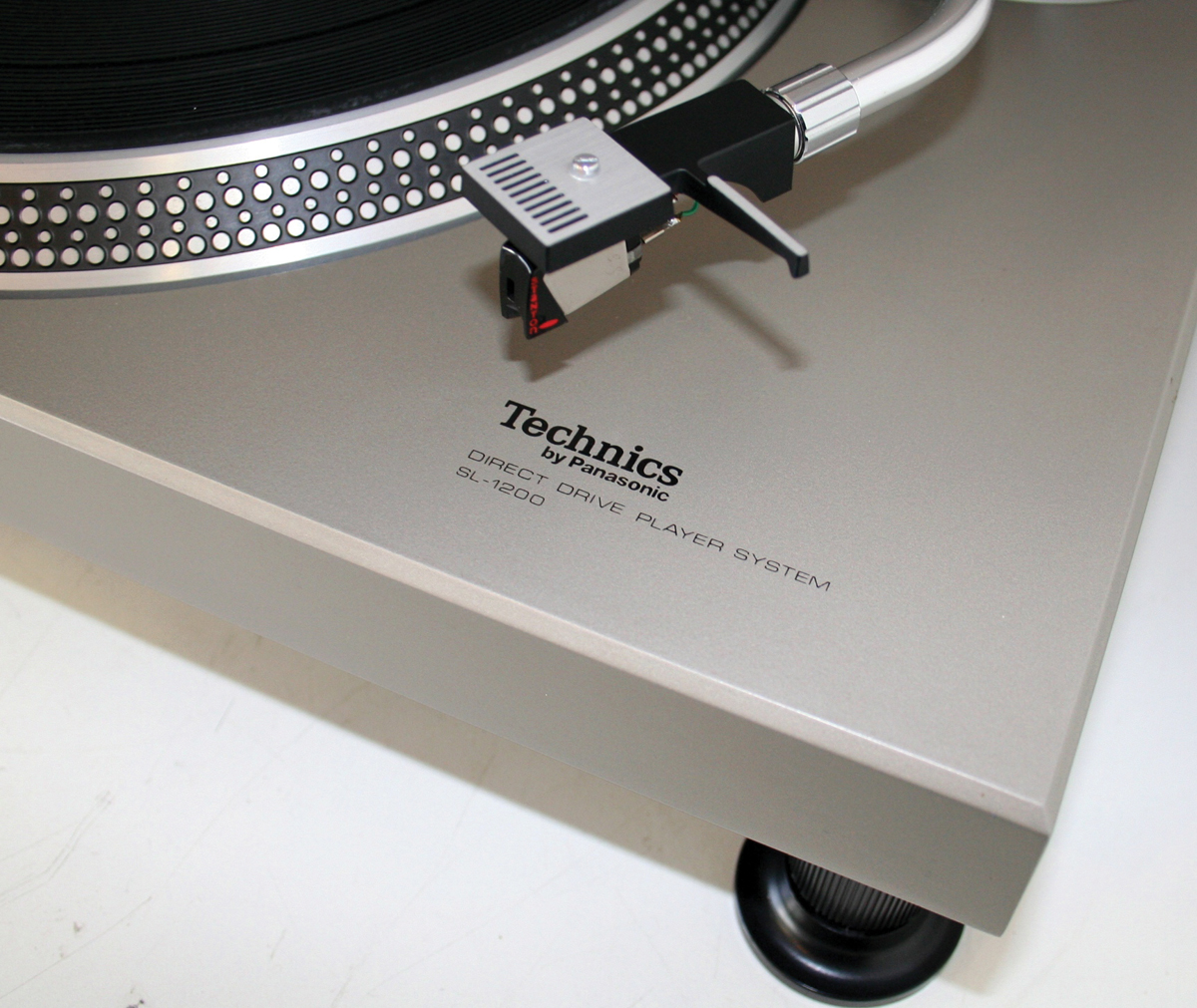 Its end was announced with a press release that stated: ‘Panasonic has confirmed that it ceased the production of its Technics-branded analogue turntables this autumn. After more than 35 years as a leading manufacturer of analogue turntables, Panasonic has regretfully taken the decision to leave this market. However, Panasonic will continue to sell headphones under the Technics brand.

We are sure that retailers and consumers will understand that our product range has to reflect the accelerating transformation of the entire audio market from analogue to digital.’

Two years on, there appears to be a vinyl revival taking place, especially among the younger generation who have grown up with digital downloads but yet prefer to own an analogue hard copy of their favourite music. Whether the SL-1200 will make a reappearance remains to be seen, but its status as the world’s most iconic turntable is guaranteed.