When a brand name becomes the general term for a device, you know the product must be good. John Pickford speaks out on the subject… If all the legendary pro-audio brands that we have featured in this series, only one can claim to be so well-known to the general public that it has earned a […] 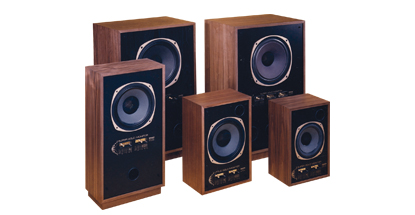 When a brand name becomes the general term for a device, you know the product must be good. John Pickford speaks out on the subject… 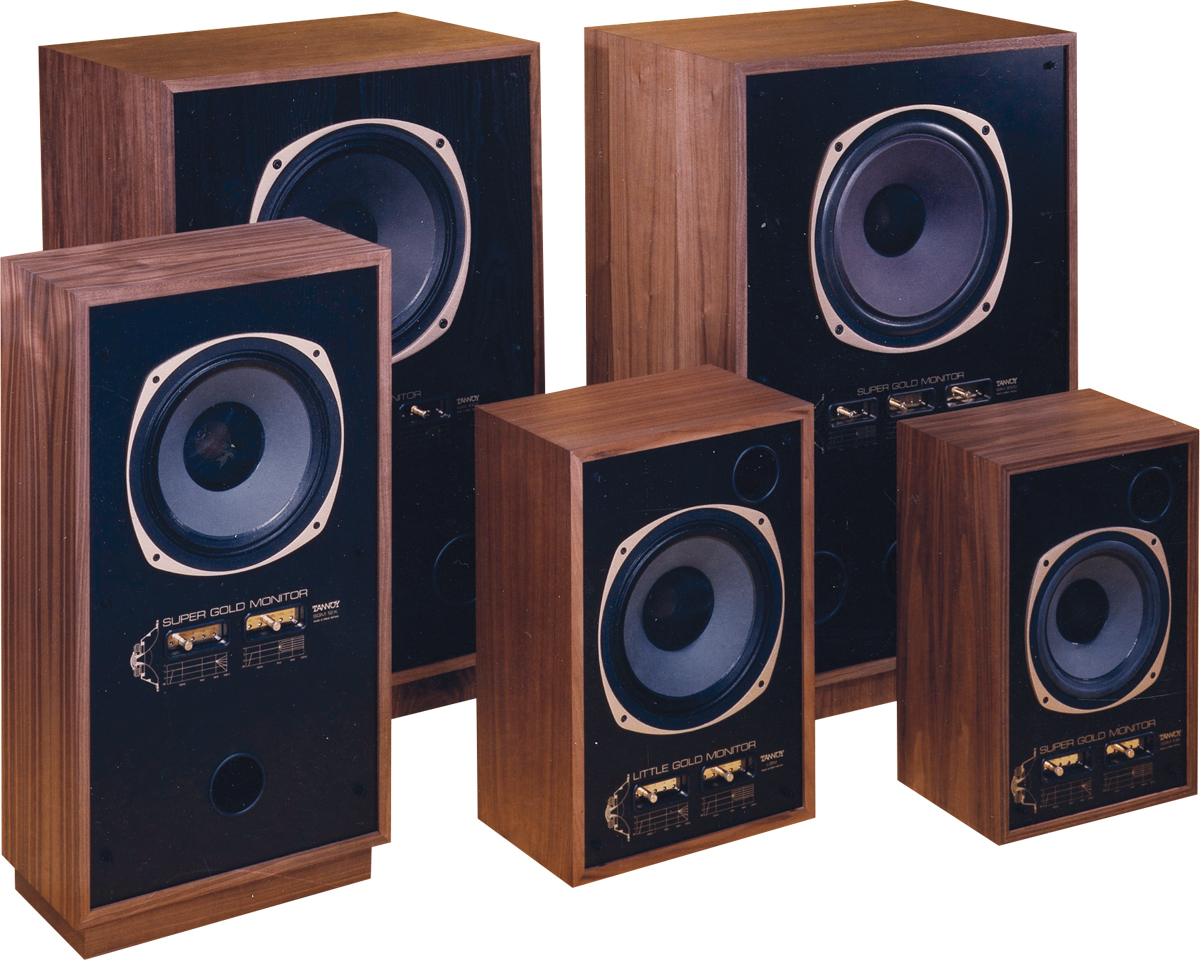 If all the legendary pro-audio brands that we have featured in this series, only one can claim to be so well-known to the general public that it has earned a place in the English dictionary. Just as the name Hoover is often used to describe any make of vacuum cleaner, certain types of public address systems – such as those installed at railway stations, sports stadiums and schools – are commonly referred to as Tannoys.

The Tulsemere Manufacturing Company was formed in 1926 by Guy R Fountain, with the name Tannoy – an abbreviation of tantalum lead-alloy – appearing in 1932. Fifteen years later, the company launched its most iconic product, the Dual Concentric loudspeaker. Originally marketed as the Concentric Dual but more usually known as the Monitor Black, this loudspeaker was a coaxial design, meaning that the high-frequency driver (tweeter) was situated in the centre of the 15-inch main woofer cone. This original design boasted a power handling capacity of 20 watts and was efficient enough to be driven to high SPLs by the low-powered valve amplifiers of the day.

The main benefit of Tannoy’s patented Dual Concentric design was that it performed as a point-source, with the full-frequency sound emanating from a single spot rather than having several drivers handling different parts of the audio spectrum at various points across a monitor’s front baffle. This approach eliminates the subtle phase shifts that all conventional multi-driver speaker systems suffer from to a certain degree, and provides very accurate and natural sound reproduction that is, in some ways, similar to electrostatic panel speakers.

The original design was so good that it remained basically unchanged for almost 30 years, although modifications were made along the way to give improved power handling and sensitivity. 1958 saw the introduction of the Monitor Red, which, alongside the Monitor Gold (1967), became the most revered of all Tannoy Dual Concentrics. By this time the range had expanded to include 12-inch and 10-inch models, while the speakers’ superb reputation had filtered through to the domestic market, with many hi-fi enthusiasts building their own cabinets to house them. Tannoy did produce its own cabinet designs – as did several other manufacturers – but the company didn’t offer a purpose-built studio monitor until 1979.

Almost all of the top British studios had Tannoy monitors throughout the 1950s, 60s and 70s, including Decca, which monitored the world-class ‘Decca Tree’ stereo classical recordings through them. EMI also employed Tannoys at its Abbey Road studios, although Studio Two – where most of The Beatles’ recordings were produced – made use of Altec 605As up until the end of 1968, when Monitor Golds were installed. Still, some EMI engineers found the Golds too bright, and eventually they were replaced with the earlier Monitor Red design. 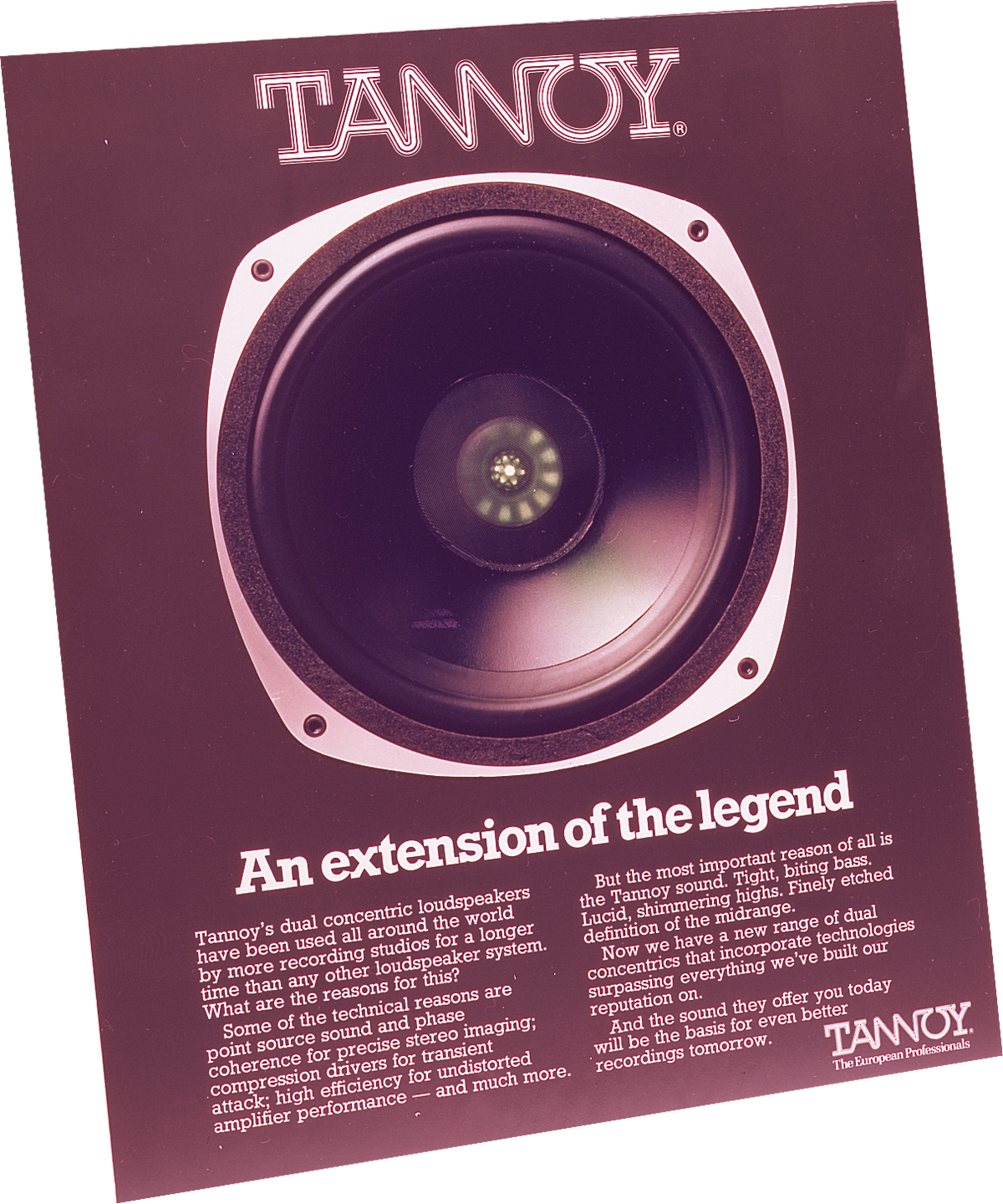 The original Dual Concentric design has seen minor revisions over the years but the basic operational principles remain unchanged.

Legendary independent producer/engineer Joe Meek was also a keen Monitor Red user and, describing his self-built studio in 1962, said: “The speaker is a Tannoy Dual Concentric in a Lockwood cabinet, the type they use in most studios today. I also have the same purpose speaker downstairs so I can play my acetates and records through to make sure they’re cut properly and the standards are well up.”

In 1974, the Dual Concentric range received a complete redesign and was launched as the Tannoy Monitor HPD (High Performance Dual) series. During the mid-1980s, this correspondent learned the basics of sound recording in a studio equipped with a lovely pair of Tannoy Arden HPD monitors, and to this day uses a 30-year-old pair of Little Reds with 12-inch drivers for some nearfield monitoring.

Sixty-five years after the introduction of the Monitor Black, Tannoy is still at the forefront of studio monitor design, with Dual Concentrics of all vintages continuing to be used and enjoyed by studio engineers and music lovers alike.