Decades after making its debut, the sound of the Fairchild 660 continues to set a standard to which others aspire. John Pickford finds out why. Few pieces of studio hardware are able to rouse the passions of recording engineers in the way that the Fairchild 660 limiter – and the stereo version, the 670 – […] 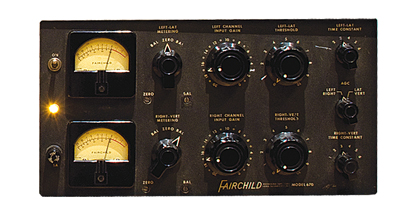 Decades after making its debut, the sound of the Fairchild 660 continues to set a standard to which others aspire. John Pickford finds out why. 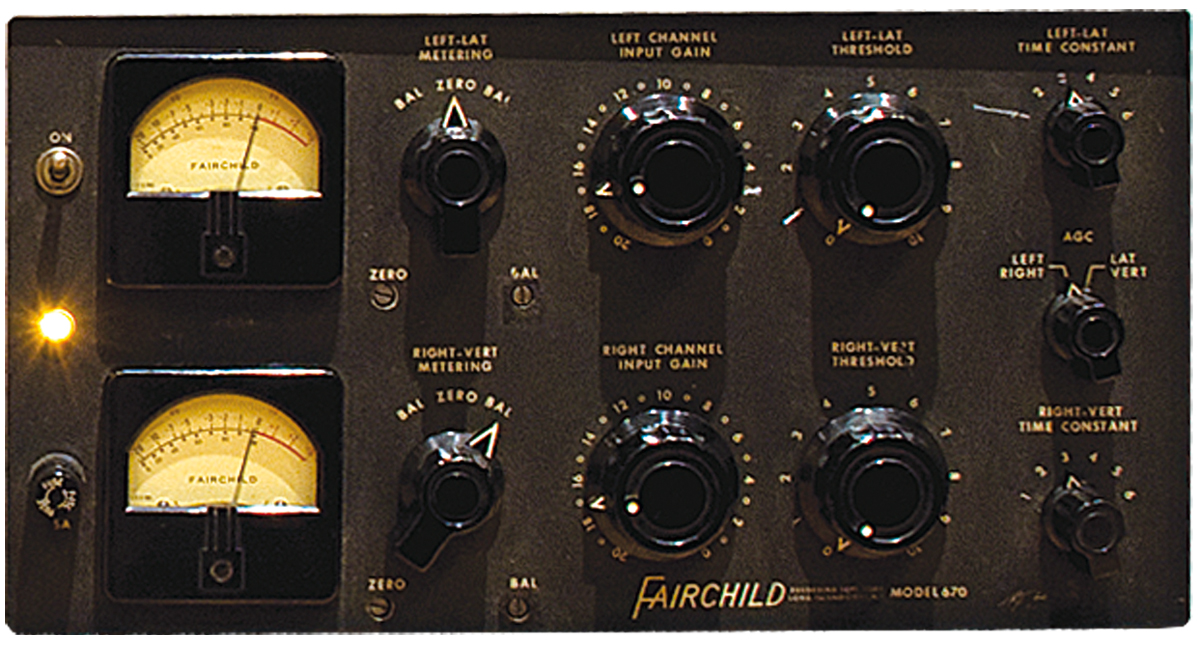 Few pieces of studio hardware are able to rouse the passions of recording engineers in the way that the Fairchild 660 limiter – and the stereo version, the 670 – does. Launched in 1959, the 660 was the brainchild – excuse the pun – of Rein Narma, an Estonian national who fled Soviet Russia to work for the US army as a recording/broadcast technician during the Nuremberg trials. Relocating to New York in the 1950s, Narma joined Gotham Recording and co-founded Gotham Audio Developments, designing and building recording equipment.

After modifying multitrack recording inventer Les Paul’s original 8-track machine, Paul asked Narma to design and build a limiter. When Sherman Fairchild – a friend of Les Paul and the man behind Fairchild Instruments – heard the unit he was so impressed that he licensed the design and hired Narma as Chief Engineer. The Fairchild 660 was born…

The 660’s justifiably superb reputation is largely the result of its well-publicised use in EMI’s Abbey Road Studios and, in particular, on Beatles sessions. Abbey Road purchased several Fairchild limiters following a visit to Capitol Records in America, where the 660 was heard in action by Abbey’s staff engineer Peter Bown. The Fairchild soon became the preferred unit for processing vocals – and eventually it was used on pretty much everything. 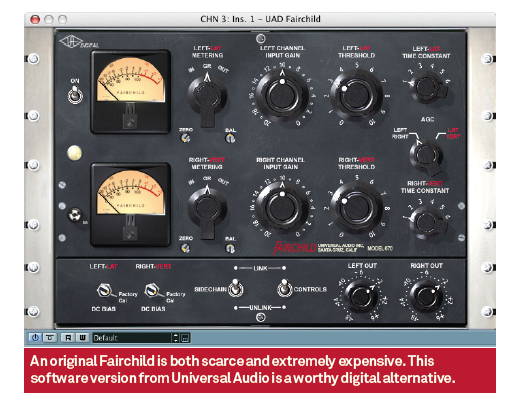 The one thing for which the 660 was not best suited, though, was processing bass instruments, due to its very fast attack time. In 1966, though, Beatles engineer Geoff Emerick began using it on Ringo’s drum kit and it was then that the 660 really made its mark.

Aside from its capabilities as a limiting device, the unit is also a first-class compressor –and its unique compression characteristics give the 660 its well-loved sonic signature. Listen to the drum sound on the Revolver or Sgt. Pepper albums to hear a single Fairchild compressing the whole kit. As the bass drum triggers the limiter it shuts down the cymbals, producing a pumping effect that makes it sound as if the cymbals are being reversed.

The 660 has three user-adjustable controls: Input Gain, Threshold and Time Constant. Turning up the Input Gain raises the input level until the signal reaches the upper limit above which it cannot rise. The Threshold dial controls the amount of compression taking place at signal levels below the limiting point. When set fully anti-clockwise, no compression occurs before limiting. As this dial is turned up, compression is increased.

The third control – Time Constant – is a six-position switch that controls the speed of the 660’s response. The first three settings are the most commonly used, with attack times ranging between .2ms and .4ms and release times ranging from .3ms to 2 seconds. The unit has a sidechain input (named Control Input) which enables frequency-sensitive compression (useful for de-essing vocal tracks). 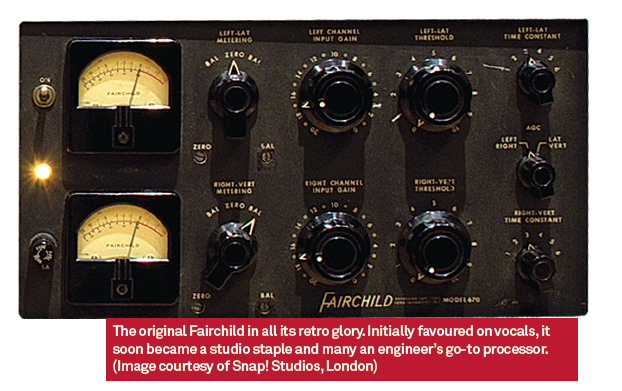 The vocal signal can be split two ways, with one path sent straight to the 660 and the other sent to the sidechain output. The sidechain signal can then be sent through an EQ unit to boost high frequencies and emphasise sibilance. This signal is then returned to the Fairchild’s Control Input, causing the compressor to duck down when harsh ‘S’ or ‘T’ sounds are encountered.

As an all-valve device, the Fairchild 660 has a wonderfully warm and smooth sound, very transparent on vocals but capable of extreme pumping or breathing effects when pushed hard. The introduction of solid-state outboard gear during the late 1960s and early 1970s saw many Fairchilds dumped in favour of the newer, lighter and more compact transistorised units. Nowadays, however, the scarcity of the 660 – and, of course, its unique high-quality sound – has pushed up prices to astronomical levels. Expect to shell out at least £10,000 for a good example and even more for its stereo brother, the 670…