Using top-notch input channel strips can make a huge difference to the quality of your recordings, but is this something that can only be achieved with expensive hardware? Adam Crute finds out as he puts the SSL X-Rack Input Channel and Universal Audio SSL E Channel Strip plug-in… For those who aren’t aware, Universal Audio […]

Using top-notch input channel strips can make a huge difference to the quality of your recordings, but is this something that can only be achieved with expensive hardware? Adam Crute finds out as he puts the SSL X-Rack Input Channel and Universal Audio SSL E Channel Strip plug-in… 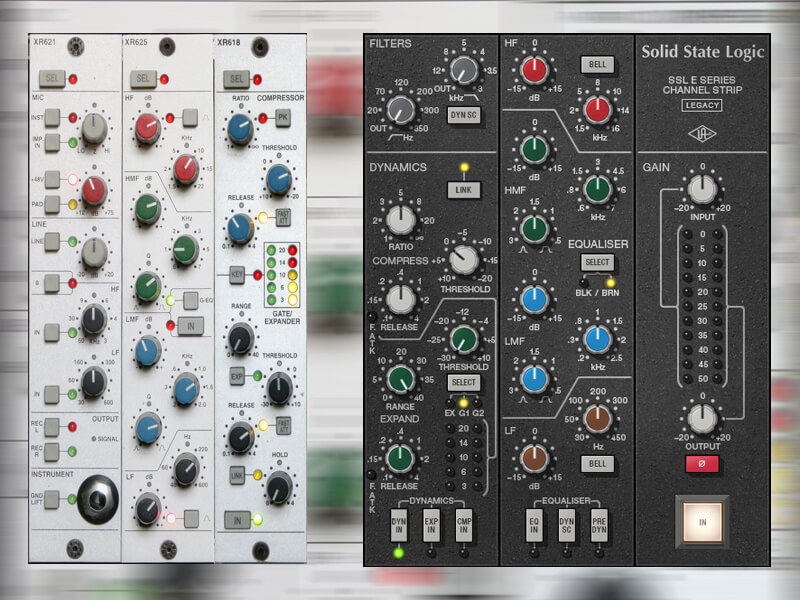 For those who aren’t aware, Universal Audio (UA) produces a range of audio interfaces and external processing boxes that sport their own dedicated DSP processing capabilities. A wide variety of plug-ins is available for this DSP system and these can be applied within your DAW, taking some of the strain off native system resources, or, as an added benefit, they can be applied within the UA hardware mixer, where they process input signals and can provide effects for direct-monitored signals.

Taking advantage of this capability, UA offers a number of plug-ins that seek to emulate classic and boutique preamps and input channels. One such plug-in is based on the input strip from a classic SSL E-series console, comprising preamp, dynamics and EQ. This is so close to the configuration of my SSL X-Rack-based hardware input channels that it would be inexcusable not to compare the two. 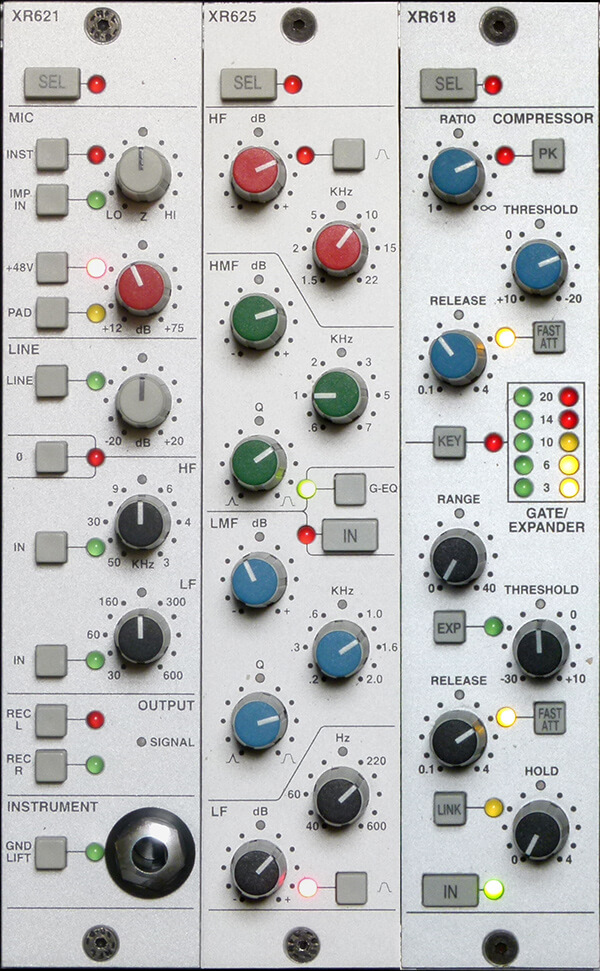 On the hardware side, then, I used an input chain comprising an XR621 Mic Amp module, an XR618 Dynamics module and an XR625 EQ module. On the software side of things I used a UA Apollo audio interface with the SSL E Series Channel Strip plug-in applied directly to an input channel within the UA Console software. 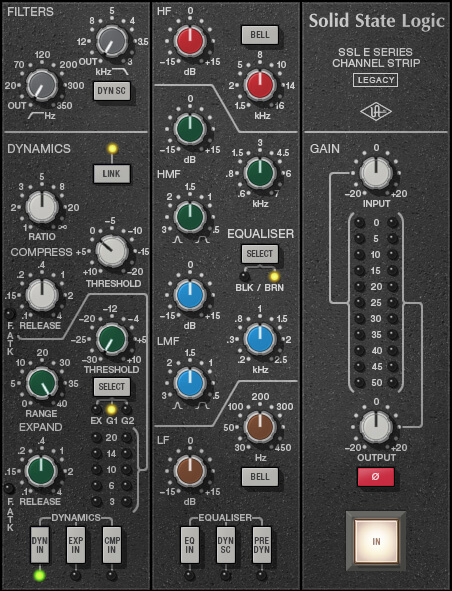 The hardware is taken from SSL’s 9000K-series consoles so is not an exact match for the E-series-based plug-in. However, the 9000K-series is heavily influenced by the older E-series, and so the comparison is a fair one.

To compare the two input chains I enlisted the help of a vocalist who – with great patience, I might add – sang the same part over and over again as I swapped cables between the SSL mic input and UA mic input, and tried out different settings and configurations for each processor. I also miked a Cornford Hurricane guitar amp and used a reamp box to feed the same guitar part through it repeatedly whilst swapping between SSL and UA input paths.

As a first test I compared just the preamps without any dynamics or EQ, and found that the UA software made a noticeable difference to the sound of the Apollo’s dry mic input, adding a certain sharpness and focus that was very similar – if not quite so open-sounding – to the sound delivered by the SSL hardware.

I then enabled the EQ in the input chains, and tested with a range of similar settings applied to both hardware and software.

When comparing the dynamics stages, with mic preamp but no EQ, I expected it to be a slam-dunk for the SSL hardware, as it was when I compared the SSL Dynamics to Native Instruments’ Solid Dynamics a few weeks back.

But I was wrong: the UA plug-in’s dynamics section is one of the best emulations of console-style analogue channel dynamics that I’ve ever encountered. It’s not quite as smooth and sweet-sounding as the SSL hardware, but it’s very, very close to it, and has tons of character and warmth.

For a final set of tests I enabled both EQ and dynamics in both input chains. These tests reinforced my previous findings, and cemented my view that the UA SSL E Series Channel Strip is an exceptionally good emulation of comparable SSL analogue hardware.

The hardware is ever-so slightly better, as you would probably expect, but is it worth nearly 10 times as much as the software? I expect the answer, for most people, will be “no, probably not”.

So, does anybody want to buy an X-Rack?

Click here to see our previous head to head tests