Spitfire’s latest sample library strikes right to the heart of the human spirit, while enlisting a Grammy-winning choral phenomenon. We get plaintive… 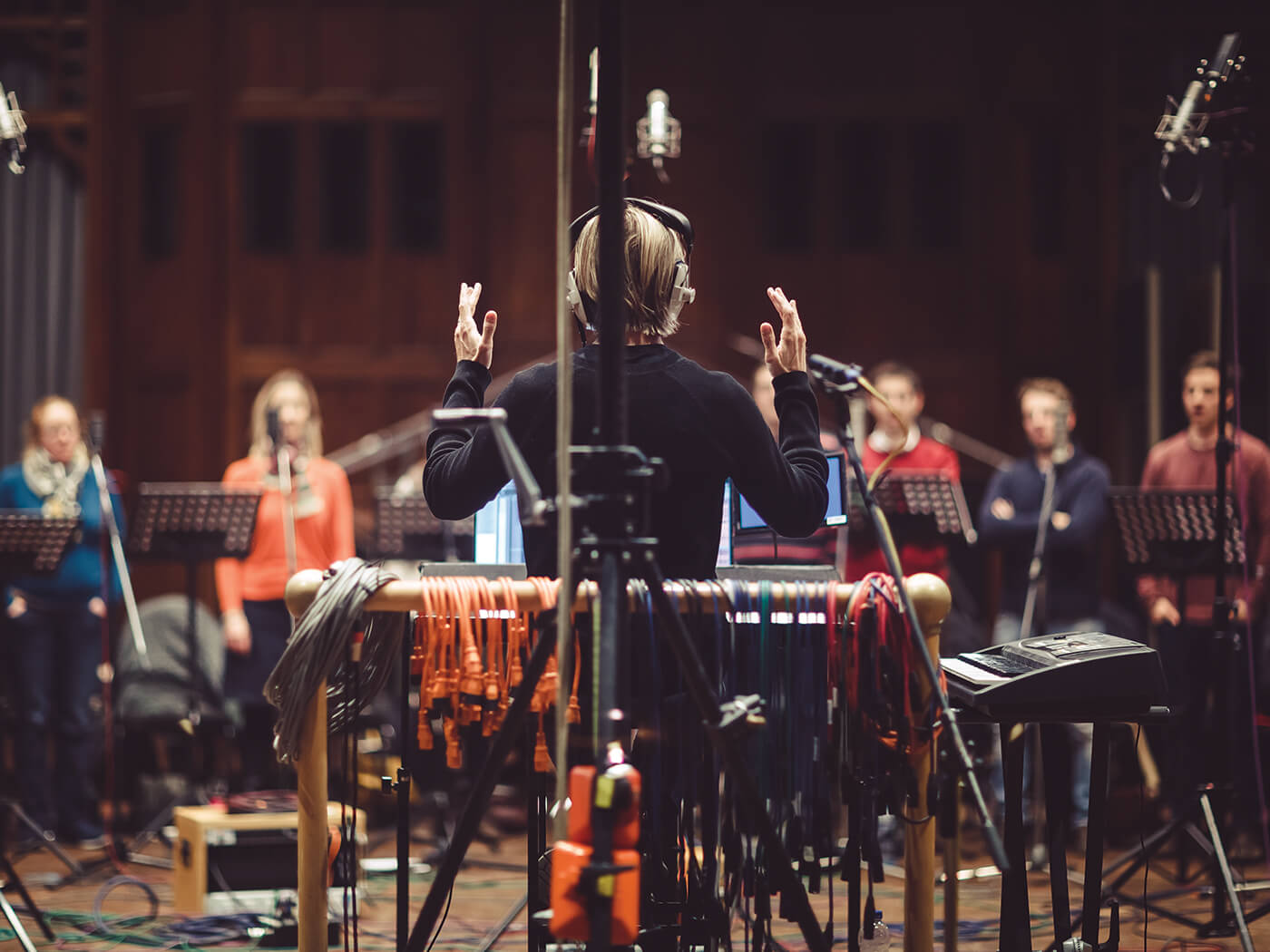 Few classical musicians manage to attract a considerable following, of course, but one who certainly has is composer and choral director Eric Whitacre. So the prospect of a collaboration between Whitacre and one of the world’s leading exponents of the sample library is a tempting prospect for the rest of us, at the very least.

Eric Whitacre first rose to prominence back in 2010, with the release of the first album under his own name, Light & Gold. As well as topping the album charts in the UK and the US, it was universally lauded across the musical world, and won him a Grammy for his compositional and directorial abilities.

His compositional style often involves the use of note clusters, which has become something of a calling card for his material, and this could be why his output resonates with other libraries from the Spitfire catalogue, with the company’s continued pursuit of intriguing timbral colours and techniques in the acoustic spectrum. The choir involved in this project is based around Whitacre’s core elite of singers, benefiting from the majestic acoustics of the Lyndhurst Hall at AIR Studios in London. Consisting of 22 singers, the library ticks all four choral departments of soprano, alto, tenor and bass, while offering ensemble patching and vast possibilities for articulation and control.

Chiming with Hans Zimmer Strings, which we saw earlier this year, the samples run from within Spitfire’s own player. This player has had its critics in the past, but there’s no doubt that work under the hood has made it more efficient, although it is still only a single-timbral player and it’s very large when onscreen, though it does allow for elements to be removed from view to help with clarity. There are two incarnations of the Whitacre choir on offer: the main Choir plug-in and the Evo Grid version.

The first thing that hits you when playing the default Tutti patch is the purity of the sampling. If you enjoy Whitacre’s compositional style, you’ll immediately appreciate the timbral quality of these samples. Control over the sound is available, with expression, dynamics and reverb being the chosen few. There’s a distinct lack of vibrato in many patches, for one very good, and simple, reason; the choral vibrato often associated with operatic or large-scale choral works doesn’t figure significantly in Whitacre’s work, so it stands to reason it’s not always on offer, in order to maintain the purity and contemporary nature of the sound.

In the full choral ensemble of the Tutti patch, the crossover between each section across the keyboard is nicely balanced, though there’s a slight lack of dynamic once you venture down to the lowest register of the basses. The upper register, on the other hand, sounds triumphant and sings out, going up to a top A, above the treble clef. Some sopranos can go higher, but this is often considered the highest note within the basic choral tradition.

Patches are available via keyswitching or as individual patches, although the full Tutti All in One patch uses a mere 150MB of RAM, which is not exactly excessive. Exploring the various individual patches reveals more variation in both choice and control. The numerous Legato patches offer a diverse collection of vocal colours, such as Aah, Ooh and Oh, while the introduction of a vibrato element at this level changes the colour of the sample very slightly. In keeping with Whitacre’s manifesto, there’s just a slight wisp of vibrato colour.

Occasionally, I do become aware of the repetition of a vocal vibrato, during which you could hear the loop point, but even under laboratory-style listening conditions, it isn’t that obvious. And due to the library’s nature, I found myself dismissing vibrato for the vast majority of my time with it, choosing to keep things pure.

Alongside the patches for purists, there’s a healthy contingent of patches offering change in both colour and dynamic; the Aah-Nah patch is a case in point, where the colour alters over time; the same applies to the Swell patches. There’s also a small collection of colours which move in pitch, in small intervals, leaving a clash against the initial note trigger. These immediately evoke thoughts of the Ligeti compositions used at the beginning of the film 2001: A Space Odyssey – pure soundtrack gold.

Above all, there’s a huge sense of space with just about all of the samples in this package. The legato side of this is sublimely brilliant and immediate: I found myself continually playing beautiful harmonies and chordal colours and sitting back to let the sampled colours ring.

Spitfire has long been known for its Evo Grid technology, which enables users to place certain patches of samples across the keyboard, resulting in interesting performances and colours, which evolve over time. For the first time, we see this technology take the leap into Spitfire’s own plug-in, with the addition of the previously mentioned second instrument plug-in.

The styling and design is elegant: you can call up simple or more extreme settings, while there are also random elements which have always been a favourite of mine, as I feel that this is a significant part of the whole Evo Grid concept. It does mean that sometimes, choral colours appear that might not be terrific bedfellows, but that’s part of the joy of getting it to work.

Ultimately, this library sounds outstanding, but it’s not the perfect choice for bombastic choral productions
or cod-Latin and wordbuilder duties, and this is firmly by design. What it does offer is a hugely versatile organic palette of very pure choral sounds, from a crack team of singers who are all under the masterful direction of the maestro himself.

Couple this with the clever folk at Spitfire, and the result is a stunning collection of colours that will blend beautifully with many of the other timbres in the Spitfire armoury, especially if you’re drawn towards the ambient or Scandi style of composition or scoring.

As a library that uses the human voice almost as an instrumental colour, this fills a void. It will melt beautifully into certain styles of music, both at the contemporary end of the spectrum and even as a pure colour for Renaissance-inspired work. It’s firmly about purity, colour and blending, while the Legato patching is stunningly effective. This is not a one-size-fits-all library of colours that might be useful for an action sequence in a feature film, but what it will do is coexist with other libraries – and it has a calling card all of its own. If you love Whitacre’s direction, you will adore this.

In what might feel like another plug for Spitfire Audio, we have to mention the new LABS Choir. With samples drawn from the Whitacre sampling session, it’s difficult to argue with it at the price. It’s basic and sustained, but it’s free.

Coming at the choral tradition from a more cinematic angle, Hollywood Choirs is vast, offering plenty of vocal articulations and colour, alongside its renowned word-builder technology. It does epic and a whole lot more.