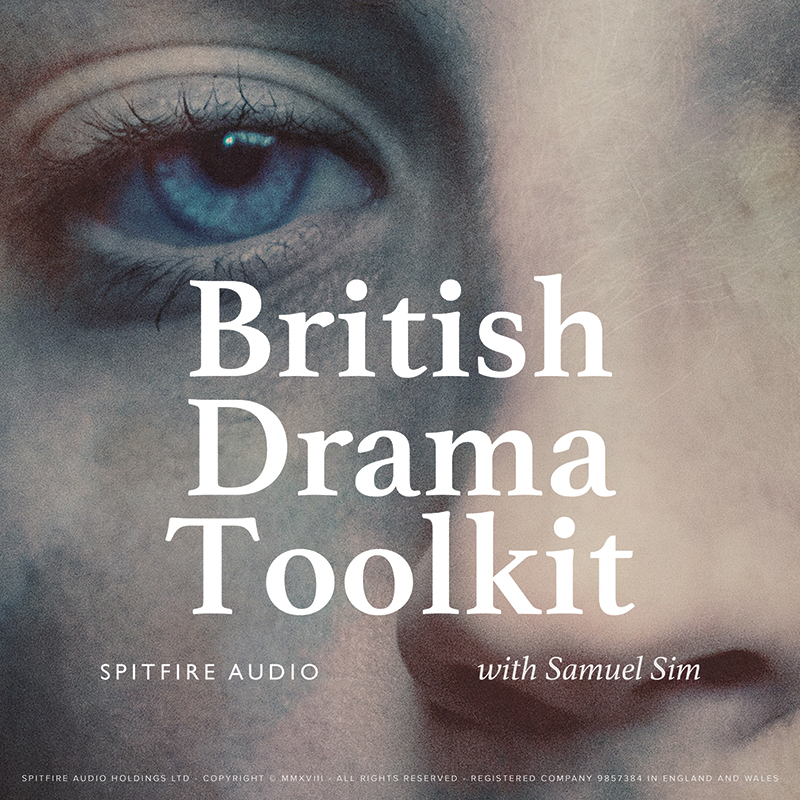 Spitfire Audio’s new British Drama Toolkit library brings a new bag of tricks and a slight twist to the narrative. Dave Gale grabs the script and delves into the plot

Here’s a curious one: a sample library called British Drama Toolkit, which is the culmination of a project between Spitfire Audio and the highly-talented British TV and Film composer, Samuel Sim.

I wasn’t quite sure what I was going to find within the library, particularly given my own involvement with music for television and my love of good quality British TV from the dramatic strand. I was not to be disappointed, though, because from the moment I brought up the first patch and plonked down a couple of open and suspended chords, the sense of what this package brings to the table becomes immediately obvious.

The forces involved in BDT are small, up-close and pretty personal, which is handy because that’s just the way we often like it for this kind of setting. It entirely mirrors the common situation in which a pro composer may find themselves, armed with a small budget to recruit a handful of players, to add to a TV score.

Recorded on the dry stage at Spitfire HQ, BDT features string and woodwind players in a largely individual capacity, although only clarinet, bass clarinet, flute and piccolo are represented within the woodwind section. Numbers are not offered here, but thanks to the closeness of mic’ing, you can hear the rosin creeping across the string instruments and the air flowing through the woodwinds.

This is not a library to offer sweeping legato melodies, however. I think it is more suited to creating wondrous movement in chordal progression, or for picking out the odd melodic motif with interesting colour.

The first patch that catches your eyes and ears is identified as the Main patch; the singular fact that presents itself immediately is the zoning of velocities, which in this instant is represented by three areas labelled Texture, Soft and Loud.

In reality, this means that in the case of the first Tutti selection, playing lower velocities seems to present more of the wind instrumentation, while the strings gain more prominence with upper velocity values. The movement which is created in a held chord is subtle, with changes in bow speed creating a beautifully evolving texture that seems to differ from one note and velocity to the next.

In many respects, this is a simpler and velocity -controlled version of Spitfire’s own Evo Grid concept. It certainly feels more immediate, but the greatest element open to praise is the quality of what you hear sonically. It is simply delicious, and within seconds I found myself transported to a place where playing a few interesting chords yielded a beguiling backdrop, easily ripe for music to picture.

As I wandered through some of the other key switches in the Main patch, further elements of similarity were presented: chattering clarinets, or violin tones that disappear into harmonic territory and back again. If you were going to draw a graph with simplicity of operation on one axis and gratification on the other, you’d probably fall off the end of the scale!

This does however highlight the difficulty of giving patches of this kind a word-based identity, as it is very hard to describe all of the elements which are on offer. And to be fair, it’s not that there is repetition, it’s just that there is a lot of similarity in how things sound. This is not meant to sound negative, merely that it’s got a model in mind, and that’s what it is designed to do.

Due to the nature of the velocity control, it stands to reason that you will benefit from the use of a good quality keyboard when using this library. Anything which over-eggs your velocities will be more difficult to control live. While you can always revisit things in the edit, it will take something away from the immediacy that is on offer here. It also flags up the lack of dynamic control. CC11 is on hand to control expression based volume, but unlike other Spitfire libraries, there is no control of dynamic expression.

When you think about this, it’s easy to understand why, and it’s down to the nature of the performances within the library. If you have individual notes that meander in volume and stilted articulation, the elements of dynamic expression will be pretty impossible to control in real time, simply because of the musical side of what is represented.

Consequently, you will find yourself becoming more adept at controlling the library through velocity, but even then, the more innocent of mistakes could yield wonderful results, and you have to like that!

Moving away from the first patch, the Ensembles patch separates out the individual instrumentation, leaving you with strings, clarinets and flutes as sections. I found this to be a perfect balance between having more control and usability, while marginally less gratifying than the Main patch.

It’s a double-edged sword as more control could take longer to get things as you would like, but the results could arguably be better. I also found that the winds offer two velocity levels, rather than the three offered by the strings, which, to be fair, appears to mirror what you hear in the Main patch.

Even greater control will be found as you search through the further patches, with each individual instrument represented on its own. There are some real gold nuggets here, stretching to the extreme. A particular favourite of mine was the Bass Clarinet, which is the most beautiful instrument at the best of times. The Pianissimo (pp) setting here yields an amazing amount of breath and air.

Hats off to the player involved in this sample, as the control required for that degree of playing is stunning, and another example of Spitfire’s policy of always choosing some of the best players the country has to offer for a project of this kind. It’s A-list, and it sounds like it.

“Curiouser and curiouser”, could almost have been the strap line for this library. It’s perfect for shoring up dramatic scoring, and boy does it sound effective and good in this context. However, it is limited somewhat to this sort of use purposely and by design, so there has to be a reason why I found myself sitting and playing this library on its own, for so long. Simple; that’s because it sounds amazing and offers plenty with minimal input.

I think it’s really important to stress where this library sits in the bigger picture of contemporary sounds and scoring. This is not a library that you’ll want as a first foray into orchestral libraries, and neither is it a library that will give the user traditional instrumental sounds.

It is overtly acoustic, although there is plenty of scope to use this as a starting point for processing of acoustic sound, and certainly I created some stunning timbre by feeding this through my hardware Eurorack Modular, and software plug-ins will doubtless offer similar possibilities.

Consider British Drama Toolkit as a happy bedfellow to other libraries that might offer melodic-based or legato instrumentation, or also as a standalone for creating stunning backdrops. It’s perfect for British Dramatic scoring, which might be its restriction, but it is also the library’s key strength.

British Drama Toolkit will not suit everyone. I tend to think that this is almost a library for creating the most beautiful acoustic pad-like textures, which will contain the most exceptionally beautiful movement and acoustic colour. However, if you need to go beyond this, you’ll most likely need to place it with other elements, especially if you want to add motivic interest.

A full on legato library, British Drama Toolkit is not, but a stunningly beautiful way of creating effective pad-scapes, with acoustic instruments, it most certainly is! It’s possibly at the upper end of pricing for what it offers, but the quality is undeniably good. If you’re a media composer, this is a real must hear! 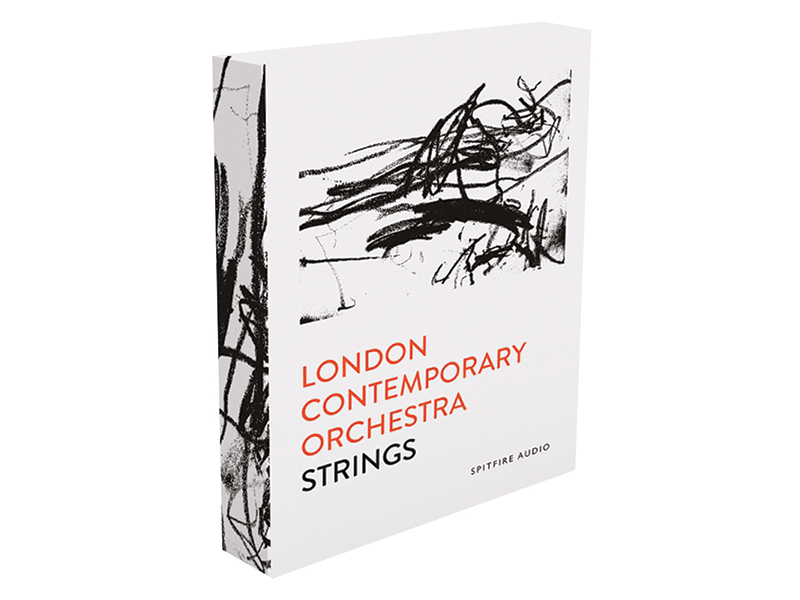 There is no doubt that there is a degree of similarity between BDT and Spitfire’s own LCO library. The interesting timbral colours available in both libraries will prove highly desirable individually, or as a powerful pairing, offered with a very similar dry acoustic. 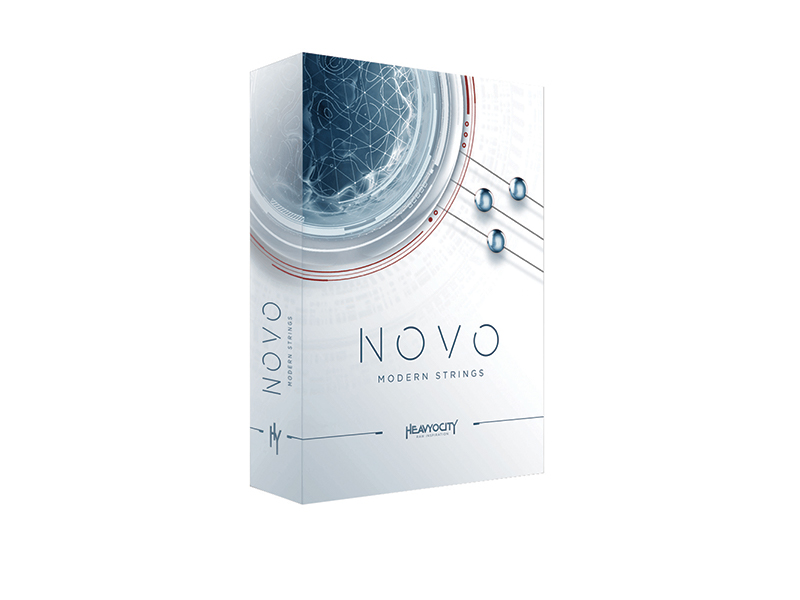 Although this package might be considered a lot more bombastic, it is a great library for building dramatic tension, in a larger orchestral context. There’s plenty of real-time control and the ability to design interesting string-based timbre to play and pulse.