Sontronics’ reputation for multi-purpose, well-crafted microphones has long been established – and with the Corona, the company seeks to further perfect the dynamic, vocalist-centered model. 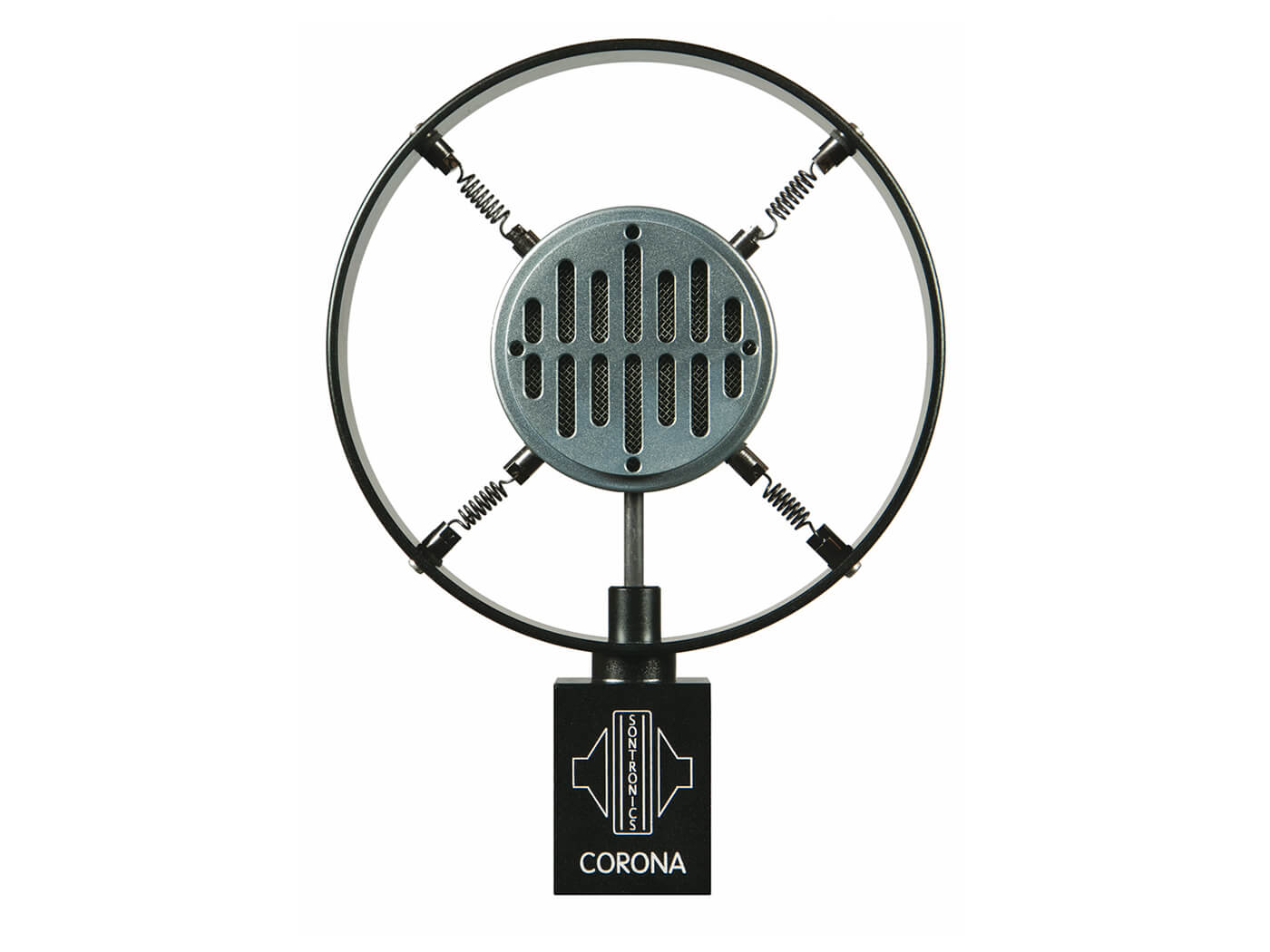 UK manufacturer Sontronics’ Corona microphone is an unusual microphone in many ways – a supercardioid dynamic type designed for vocalists, it’s ideal for stage work, yet it’s also recommended as a recording mic, which is how it’s tested here. Condenser microphones are usually favoured for vocal recording in studios, with dynamic vocal mics, such as the industry-standard Shure SM58, largely reserved for live work. The Corona should appeal to artists desiring a versatile microphone that inspires confidence both on stage and in the studio.

Visually, it’s striking, with styling that goes way beyond retro or vintage to present a veritable veteran vibe. I imagine a 1920s crooner with slicked-back hair, pencil moustache and full evening dress suit standing before it. This isn’t the first Sontronics mic to sport an antique look, though: the company’s Halo mic has been an extremely popular choice for recording electric guitars since its introduction in 2011.

It was, in fact, enquiries from Halo users about its suitability as a vocal mic that inspired the Corona’s development. Unfortunately, the Halo’s frequency response, which brings out the crunch, punch and presence of heavily amplified guitars, is too hyped at certain midrange frequencies to perform well as a vocal mic. However, the Corona’s smoother frequency response is tailored with vocals in mind, while its ability to handle high SPLs also makes it suitable for recording drums, brass and, of course, electric guitars.

But is it art?

Although the Corona shares its period-piece profile with the Halo, it’s another Sontronics mic – the Solo – that more closely resembles the sonic signature of this new microphone. Designer Trevor Coley used the capsule from the company’s hand-held Solo (incidentally, the world’s first dynamic mic to be designed, developed and manufactured in the UK) as the basis for the Corona, incorporating the technology with the Art Deco styling so many vocalists desired.

Unlike condenser mics designed for vocals, this dynamic microphone doesn’t require phantom power, adding to its versatility, especially in some live gigging scenarios where +48V phantom power is unavailable.

Sontronics claims the Corona doesn’t require EQ, which again makes it an attractive proposition for those who may wish to use it in situations where the mic preamplifier is basic, with no integrated equaliser. That being said, the insistence that the mic doesn’t require EQ is an eyebrow raiser; how would they know whether or not any given sound, vocals or otherwise, might be improved with some EQ sweetening?

Quoted frequency response is 50Hz-15kHz, so the Corona doesn’t have the expansive top end of many condenser mics. The upper limit of 15kHz, however, is more than adequate for most applications, especially those where the vintage nature of the mic is called upon to produce the rolled-off tones of vintage audio.

As the Corona is primarily being marketed as a vocal microphone, I first test it with some speech – a fine test for the accuracy of any mic. My first impression is that this is quite a hot-sounding specimen. I don’t mean ‘hot’ as in very warm, though; rather, it seems to have a built-in presence boost, which will assist vocal projection in a live situation and help recorded vocals cut through a mix. This upper-mid emphasis is nicely judged and not overly stark or obvious. Perhaps this is what Sontronics means when it says the mic does not require EQ…

For my first proper use of the Corona on a session, I elect to try it on a guitar amp. The setup is simple – a Fender Telecaster direct into a Fender Twin amp – so with no stompboxes to colour the sound, a classic clean Tele tone is instantly recognisable. Having found the sweet spot (around two inches from the grille and slightly off-centre), the sound via our Thermionic Culture Rooster valve mic preamplifier is perfect. I set up one of our trusty Shure SM57s in the same position on the second of the Twin’s speakers for comparison, but ultimately opt to use the Corona.

Compared with the SM57, the Corona has more bite and creamier lower mids, allowing the treble-heavy tones to shine without sounding thin or harsh. There’s also a richness to the midrange that brings out definition and detail with no blurring of leading edges, while the smooth low mids ensure the sound isn’t all attack with no body.

Next, I set up the Corona for an acoustic-guitar overdub. With the mic in my regular starting position for acoustic-guitar recording – pointing towards the 12th fret at a distance of around eight inches – I find the sound to be too bright and unacceptably thin. Moving the mic closer to the guitar and aiming more towards the soundhole, the tone becomes beefier. However, it’s far from ideal, so I reject the mic for the job and instead used our Neumann KM 84 i.

It would seem the Corona operates best when close to the sound source, relying on the proximity effect to give its best in terms of tonal balance and weight. With that in mind, I experiment with the mic in another situation where a Shure SM57 might be the go-to option – close-mic’d snare drum. Here, around four inches from the batter head, the Corona excels once more with a snappy transient response allied to a meaty body.

I often apply a touch of 10kHz top-end boost to snare mics for additional crispness and this works beautifully with the Corona. Although I can’t fault the results of the mic on snare drum, its size and shape doesn’t lend itself to being manoeuvered within the confines of a drum kit. Also, one errant hit from a drumstick could easily sever one of the delicate springs attaching the mic’s body to its circular surround.

The show isn’t over until…

Finally, working towards its intended application, I use the Corona to record vocals. The band I’m recording were influenced by 1960s R ’n’ B, sounding similar to bands such as Dr Feelgood, while the singer is definitely in the school-of-Jagger mould. The Corona suits his gritty style perfectly, highlighting the snarly attitude in his delivery. What’s more, he finds the mic intriguing and appears impressed about what I had to say about it; I’m certain this inspired confidence and aided his performance.

The microphone itself is an impressive performer, with a smooth yet solid low-end response mated to a rich midrange that accentuates presence without harshness. Excellent on close-mic’d guitar cabs and certain types of voices, its supercardioid response will also help reject feedback in live concert situations.

Many potential customers will want the Corona for its distinctive Art Deco styling. Sound quality is another matter, however and it won’t disappoint in this area; its beauty is more than skin deep.

Dynamic microphones designed for vocals are usually the preserve of the stage rather than the studio. The ubiquitous Shure SM58 has seen studio use when rock vocalists have wanted to perform with a hand-held mic, though that’s not really an option with the Corona. Much of the mic’s appeal is in its vintage Art Deco styling, so will undoubtedly appeal to singers who wish to create that visual image. Sound wise, the mic has much to offer in the studio, performing well with certain singers and excelling with electric guitar. The bright, honeyed character of the Corona makes it a solid choice for raspier brass instruments, as well as harmonica and percussion. 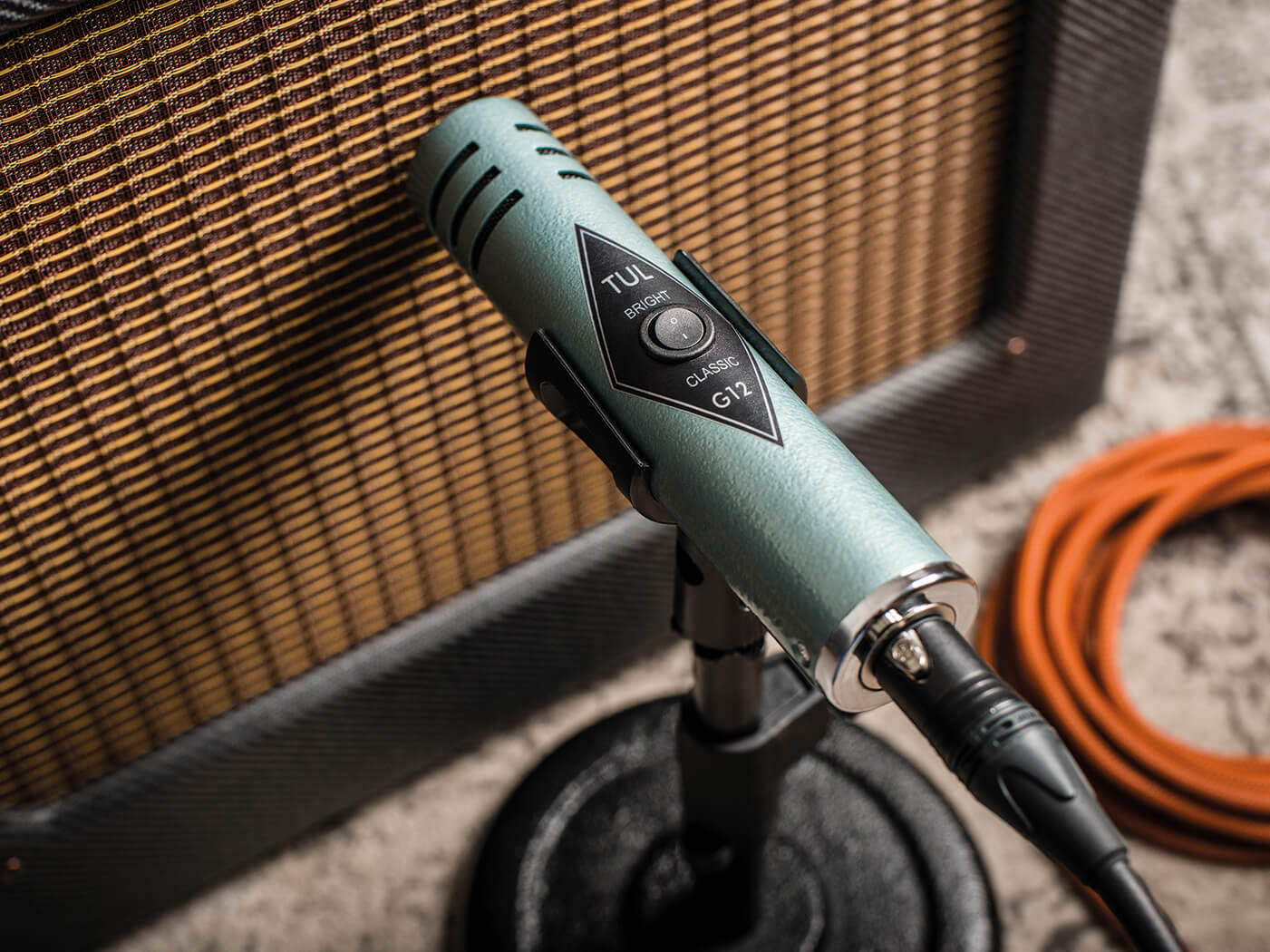 We were impressed enough to award the G12 a MusicTech Excellence rating. Designed primarily for mic’ing electric-guitar cabs, the mic has a silky top end, reveals complex midrange detail and delivers a solid low-end punch. A brightness switch offers a subtle yet useful 5kHz boost. 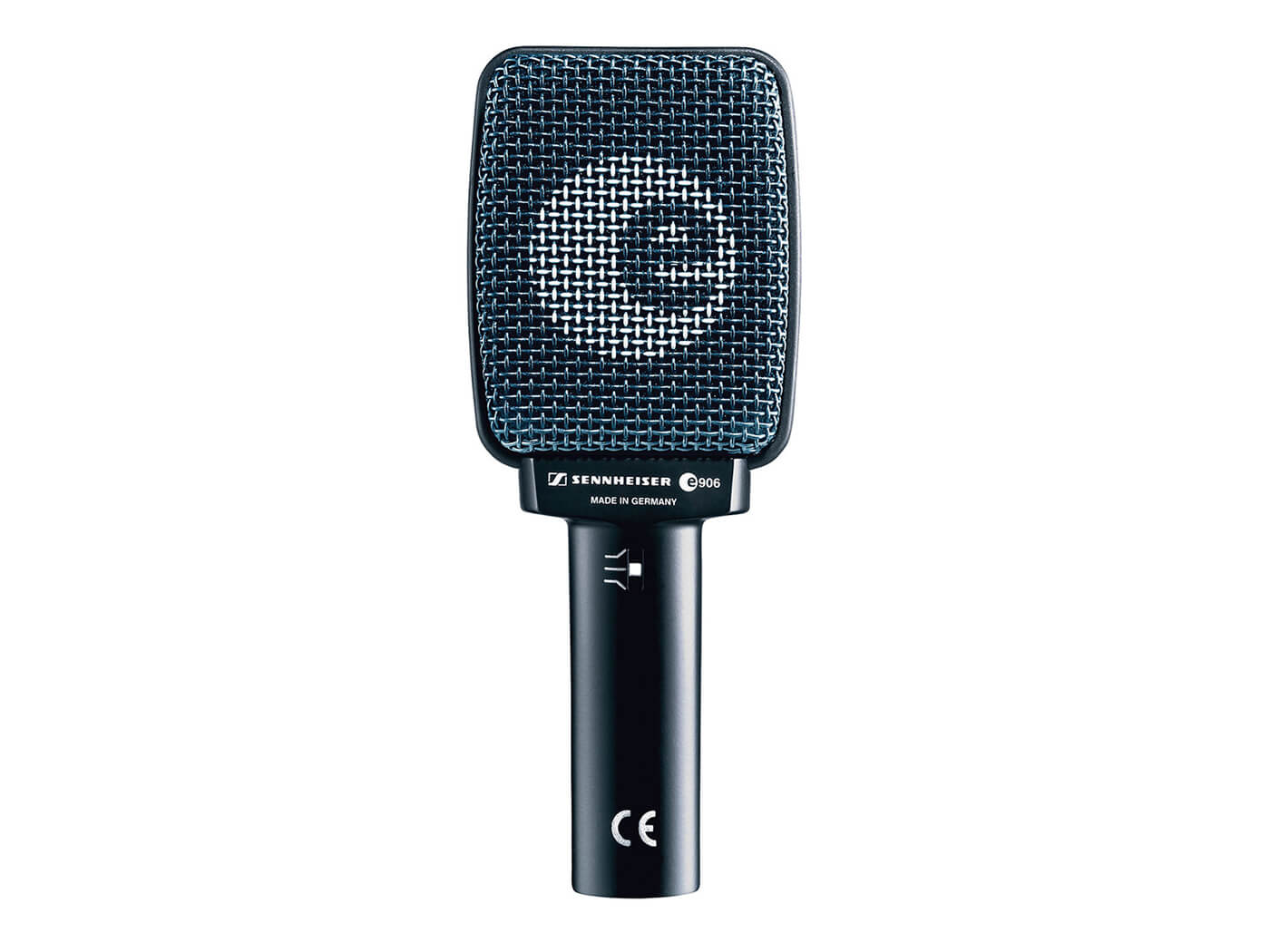 Another highly versatile mic which has been designed with guitar cabs in mind, the e 906’s switchable presence filter is a fantastic asset; it’s also usable in various different percussion and brass setups.