After a string of orchestral products with a stylish GUI and a unique way of working, Sonokinetic has released a cinematic choir library in a similar vein. Keith Gemmell sings its praises… Details Price €299 Contact via website Web www.sonokinetic.net Minimum System Requirements NI Kontakt and free Kontakt Player 5.1 and up Although not exactly […] 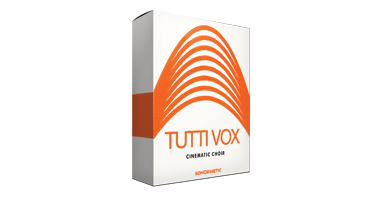 After a string of orchestral products with a stylish GUI and a unique way of working, Sonokinetic has released a cinematic choir library in a similar vein. Keith Gemmell sings its praises… 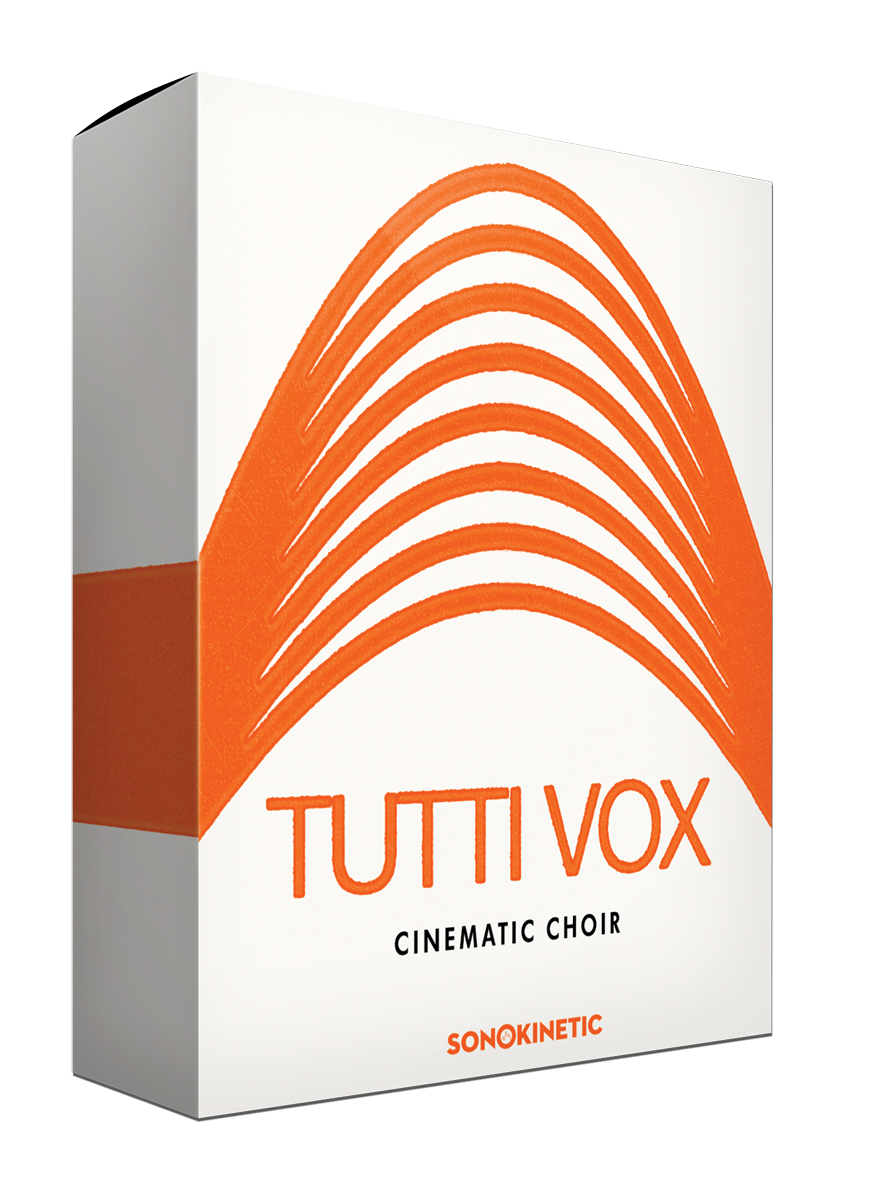 Although not exactly commonplace, there are several conventional high-end choir libraries around that allow you to program complete soprano, alto, tenor and bass choral works – some with word builders, others with just oohs and aahs.

Sonokinetic’s new 48-piece choir library, though, is rather different in that the content is geared mainly towards producing cinematic choir effects. However, melody writing has not been abandoned completely, because there’s also a phrase builder for constructing conventional tunes and harmonies. A third section contains a selection of spoken words.

Everything was recorded in the same hall as sister libraries Capriccio, Grosso, Minimal, Da Capo, Tutti and Vivace. As such, the ambient sound of Tutti Vox blends well with all of them.

Core Blimey
The bulk of the library consists of a Tutti Vox Core patch, with an amazing collection of the kinds of choir effects most libraries only touch upon – atonal risers, falls, crescendi, decrescendi, clusters, ethereal beds and constantly evolving soundscapes, some over 40 seconds long. There are plenty of whispers, words and shouts, too.

If you’ve not used any other Sonokinetic products before, with so much information to cram in, you might find the GUI a little intimidating. If so, the online videos should be your first port of call. However, if you’re familiar with Capriccio or Grosso, you’ll feel at home straight away because all three programs are conceptually similar. Also, there is a help screen available with useful information about each aspect of the interface.

Just as in Grosso and Capriccio, icons are used to visually represent the different phrases on offer. It’s a neat system, once you get used to it. If you read music, though, you might find it easier to select phrases using the notation supplied. This is what the singers worked to when they recorded them.

The phrases themselves are numerous, and divided into four categories: Glissandi, Vocal FX, Beds Atonal and Beds Tonal. With such an abundance of material in the Tutti Vox Core patch, inevitably, some phrases are rather similar to each other, and after a while a certain air of sameness begins to creep in.

Alternatives
Most choir libraries contain effects of some sort, but they are often something of an afterthought. That’s not the case with Requiem, which has more than 1,000 effects articulations. Voxos, too, has a large range of effects and clusters split into male and female sections. VSL’s Choir features a much smaller range of SATB creepy voices.

Latin Lingo
Two further patches, Tutti Vox Lingua and Tutti Vox Spoken, are for constructing sung phrases and spoken words respectively. In the case of Lingua, the process is quite complicated, and for that reason two options are available: Quick Play and Advanced.

The words, naturally enough for what is a cinematic program, sound Latin, but are mostly fantasy words, built around oft-used vowels and consonants. In Quick Play mode, very effective phrases can be easily produced, but it’s worth the extra effort to learn how to use the advanced section, which features a full SATB choir. Impressively, each section can sing different words simultaneously.

As a cinematic choir library, Tutti Vox is exceptional with an enormous variety of choral effects and depth of control. However, it is complex software with a fairly deep learning curve, and some video watching and manual reading are essential to get the best from it.

Although conceptually similar to Tutti, Grosso and Capriccio, the vast amount of material is overwhelming, and in places rather similar. For that reason, we didn’t find it quite as inspirational as the other products in this series.

That said, there’s much to commend it – a new approach to choir sampling, a very realistic sound with unique and highly imaginative phrases, and all the necessary ingredients for cinematic productions. In other words, a first-class library that’s well up to the usual high Sonokinetic standards. 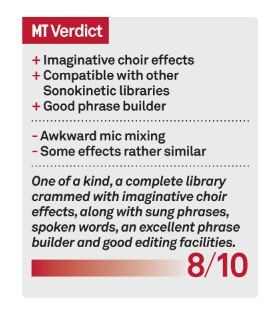