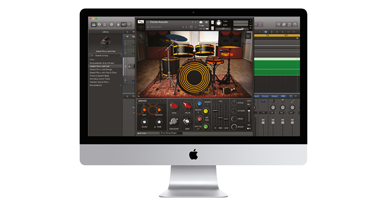 What do you get when you cross a drum machine with an acoustic kit? Mike Hillier finds out… 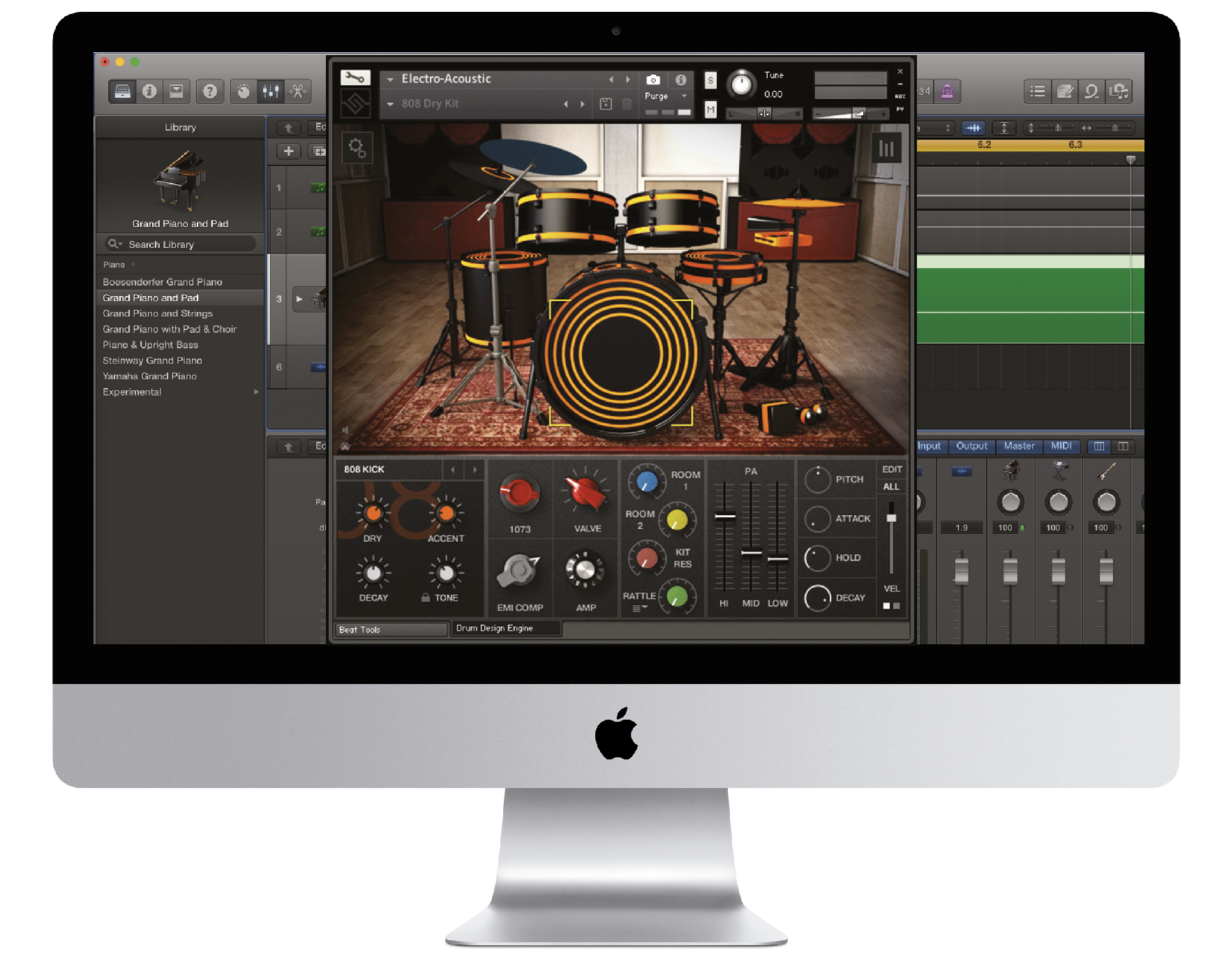 A new library from Soniccouture is always reason to get excited, but when we heard that the library was going to cover classic drum machines, we were doubly intrigued. There are countless vintage drum-machine libraries available out there, ranging from exhaustively sampled, perfectly clean samples, to versions recorded through analogue processors or recorded to tape and then sampled from that. So, you may ask yourself, what can Soniccouture bring to the table that we haven’t already seen?

The Electro-Acoustic library begins with exhaustive multi-sampling of each instrument, capturing every conceivable variation of each sound – the 808 kick drum alone is 1GB. These signals are then run out through a 1073, a Thermionic Culture Rooster, the compressor in State Of The Ark Studio’s EMI TG console and an Ampeg Bass cabinet at Monnow Valley Studios to provide four different analogue saturation colours to blend with the dry drum signal.

This alone would have made for an interesting library, but nothing particularly unique, which clearly wasn’t enough for Dan and James at Soniccouture. So these samples were then driven through a PA system at State Of The Ark, with a drum kit set up in the room with the PA and the rattle and resonance of the kit recorded to layer onto the drum samples. In this way, the library becomes a unique and expressive new instrument, blending the electronic with the acoustic.

Some of the best drum-machine libraries we’ve come across before now have come from the Goldbaby website (www.goldbaby.co.nz), with different libraries for a huge selection of kits processed in all manner of different ways. But the option of re-amping the kits in a room and capturing the resonances and rattles of an acoustic kit is something we’ve not come across before. For the sequencers, we’ve seen a Euclidean generator in modular form, and for Propellerheads Reason, and many of these designs could easily be created using Native Instruments’ Reaktor.

As a source for drum sounds, the Electro-Acoustic library is one of the most instantly playable instruments we’ve come across. The presets present a huge array of sounds, but the fun doesn’t really begin until you start digging in and creating your own custom sounds. Love the basic kick of an 808 with some dirt, but want more from you snare? Just dial in a little room tone and kit resonance.

Dial in rattle on the hi-hats, and blend in some mid and high tone from the PA. You can get almost endlessly complex sounds with only a few basic controls. This alone would make the Electro-Acoustic a superb instrument to play. But Soniccouture didn’t stop with just the sampling, it also created three sequencers in Kontakt’s scripting language to go along with the instrument and to encourage you to be creative with your beat making.

The three sequencers are the Beat Shifter, Euclidian Beats and Poly Beats. Each one is a distinct option to reach for in its own right, whenever you have a specific type of beat in mind. The Beat Shifter works at first a lot like a simple grid sequencer; however, to make things more interesting, each track has options for evolving the pattern further. With randomly selected beats shifting forward or ahead in time by pre-determined amounts, or even of not happening at all. This produces evolving beats which, if carefully controlled, introduce subtle shifts while maintaining the overall groove – perfect for IDM or ambient rhythms.

The Euclidean Beats sequencer works by equally spacing beats around a grid. With simple divisions, this is quite easy. Placing four kicks in a 16-beat loop will produce an obvious four-to-the-floor pattern, adding four hats will place a hat on top of each kick, shift the hits by two and the hats now fall between the kicks. All very basic, and a tad boring. But start playing with less easily divisible numbers – say, eight hat hits in 11 steps on top of three kicks in 16 steps – and you quickly start creating complex loops.

This is a really great way of quickly coming up with beats, and by playing with the Hits and Shift parameters in real time, you can even quickly create some interesting fills. Interestingly, the length of a step is always equal, so laying a 16-step loop over an 11-step loop will create a beat that shifts in phase against itself as it progresses, like a Steve Reich piece, until it repeats after 11 bars.

The final sequencer is the Poly Beats sequencer, designed to enable quick creation of polyrhythms. Poly Beats enables you to divide a bar up into a different number of steps for each voice, layering a six-beat-to-the-bar kick over an eight-beat-to-the-bar snare for example. You can now place hits on any of those beats to create polyrhythmic patterns for your sounds. This is different to the behaviour of the Euclidean Beats, as the steps now always divide perfectly into a single bar, and so the pattern will loop from bar to bar.

Electro-Acoustic is an absolutely astonishing instrument – the sounds it is capable of range from clean and dry drum-machine samples to weird rattles and booming cavernous crashes. The library of sounds alone is superb, but to really get the most from Electro-Acoustic, you have to spend some time with the three sequencing engines. You’ll be rewarded, since each one has its own unique character which makes composing rhythms using them inspiring.