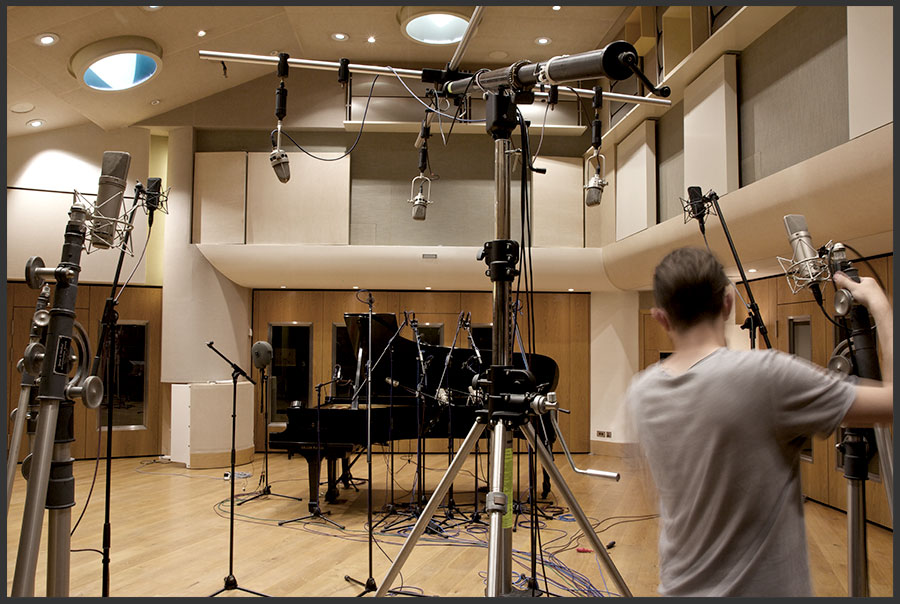 Sonic Couture believes The Hammersmith might just be the ultimate grand piano sample library. Mike Hillier warms up the digital ivories and digs in… 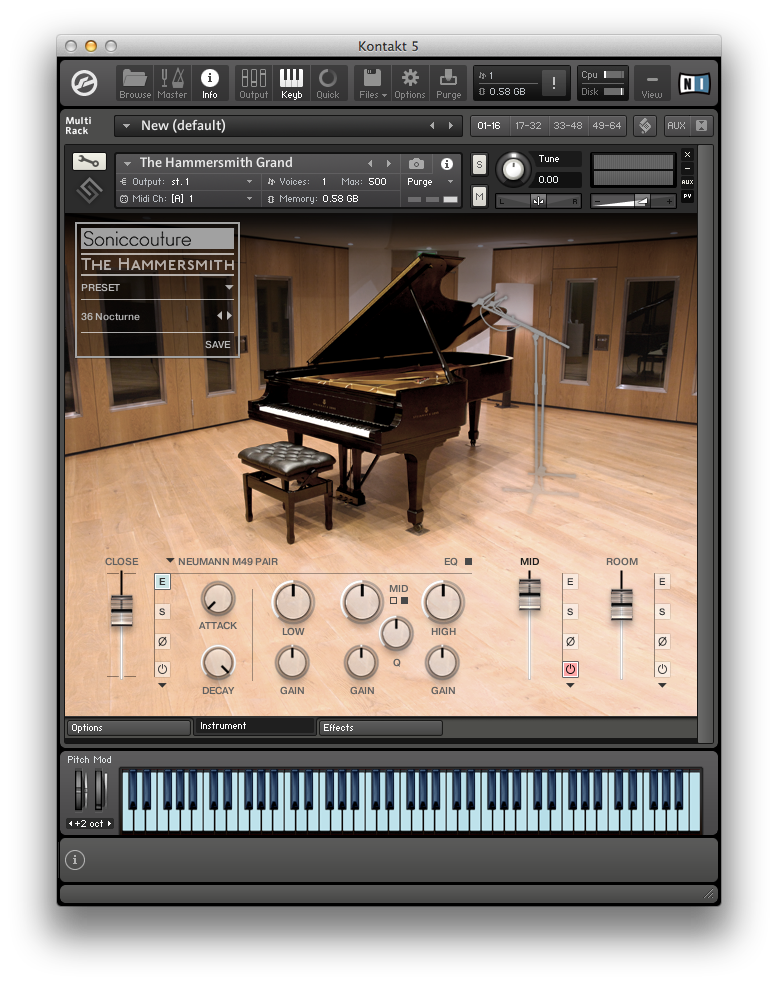 Sonic Couture has made a name for itself with incredible sample libraries of a variety of weird and wonderful sounding instruments, from Balinese Gamelan to the Ondes Martenot and the Crystal Bachet.

These instruments are a dream come true for composers who are likely to find it impossible to work with some of these instruments in the real world. So, it was with some surprise that we saw they had turned their attention to an acoustic grand piano.

This isn’t the first time the company has sampled pianos, but previously the libraries have been at the weirder end of the spectrum, with bowed and plucked strings. The Hammersmith is a straight-up acoustic grand – a Steinway Model D no less.

What Sonic Couture has found with this piano, however, is a rare Model D modified with a MIDI system. This enabled the team to capture the library in incredible detail without having to deal with the inconvenience of having a musician in the room.

James Thompson from Sonic Couture tells us that the MIDI system didn’t respond to very quiet velocities, and so a human musician was required, but for the most part the company was able to record everything without a human presence.

Stop! Hammer Time
To record the instrument, Sonic Couture took the piano to British Grove, Mark Knopfler’s studio which is suitably close to Hammersmith in west London. The piano was then tracked with engineer Peter Henderson, who selected six microphone options in three different positions.

The Standard Edition of The Hammersmith only has the Neumann M49 close mic pair and the M50 Decca Tree room mics, with no middle distance mic options. However, this is really the only difference between the two editions of The Hammersmith.

The different mic options provide a different set of tonal options, and with the Professional Edition you can select up to three microphones – one close, one mid and one room – to blend together to get the required sound.

If I Had a Hammer
The Professional Edition is a pretty massive 52GB, and initial loading times were quite slow, but a quick Batch Re-Save in Kontakt sorted this out, bringing loading times down to only a few seconds. Despite being an enormous library only the mic samples in use are loaded, so you won’t find yourself maxing out your RAM with a single instance.

To get started we muted the mid mics and selected just the Neumann M49 and Neumann M50 Decca Tree to give us an idea of how the Standard Edition fared.

The close mics provided plenty of detail, with a strong attack. The sound is bright and in your face, with a very wide feel as if the piano was laid out right in front of you. The M50 Decca Tree by contrast was spacious and roomy.

The attack is softened and while the image has width, it comes more from the room with the piano itself a more focussed point in the centre.

The close mic is perfect for pop, rock and more modern jazz styles, while the Decca arrangement would suit a more classical style. By blending the two together you should be able to sit The Hammersmith into most mixes, especially when you consider that you can further sub-mix the sound with the built-in EQ and envelope controls.

Alternatives
Most samplers come with a grand piano by default, but upgrading to a dedicated library like The Hammersmith is a huge leap in realism. There are many great sounding pianos as alternatives to The Hammersmith, although many of these will have been recorded without a MIDI system, and will have to have relied on a human. One of our favourites is the Spitfire Orchestral Grand Piano (£71) recorded at AIR Studi

Super Sustain
Things got really exciting when we engaged our Sustain pedal. Each note of The Hammersmith has been captured with true sustain, which gives the piano an incredible realism when playing this way as compared to other piano models in our Kontakt library.

Looking at the expanded Professional Edition the use of the mic positions opens up The Hammersmith even further. The mono AKG D19 close mic has a slightly boxy sound, with less air around the top-end, and a slightly more compressed sustain to the notes. This mic position is apparently based on an old Abbey Road trick The Beatles used, placing the D19 right up in the hole of the soundboard.

The two mid-position mics have a similar, natural piano sound, plenty of attack, similar to the M49 up close, but with a little room balancing the sound out, and stereo field, which seemed more natural than the wide close mic, but much closer than the M50 rooms. The Schoeps MK4 pair sounded a little more compressed than the Neumann KM133D, which seemed to have almost more transient detail than even the close mics.

On their own the two mid mics are probably the most useful of all the six positions. However, by combining two or even three different positions together you can get just about every sound you’d want out of The Hammersmith 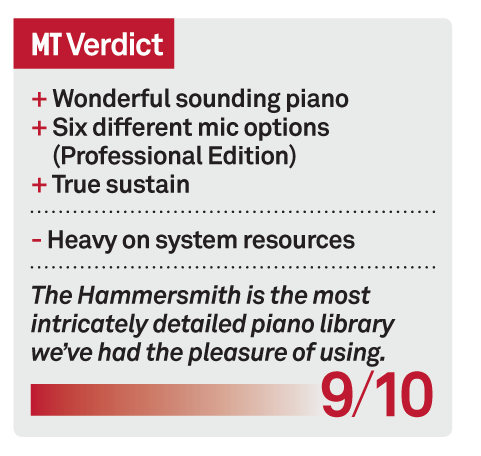