Continuing their crusade for multi-use electronic instruments, alchemists Zero-G turn Ethera into Gold, in this major update to their existing series. 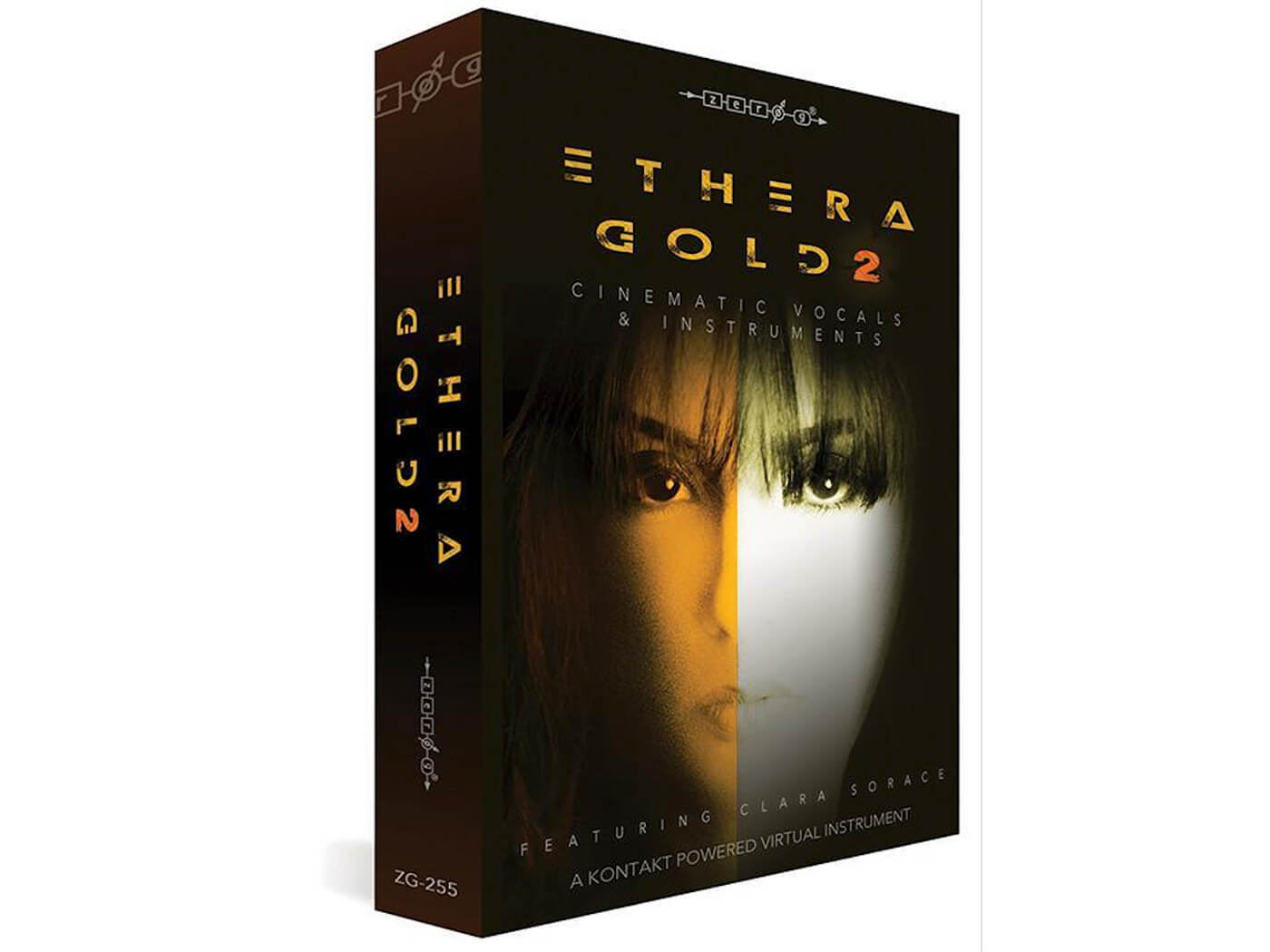 The Ethera product line is one that offers various incarnation of instrumentation, all operating from within the Native Instruments Kontakt domain, and now Zero-G bring us the next Ethera chapter, with debatably the largest number of enhancements to date, which include new instrument choices, a vast new collection of sample-based content, and more vocal dexterity from their featured vocalist, Clara Sorace.

Ethera Gold 2 is a download-only product, which will require the use of the full version of Kontakt, rather than the Player incarnation. The free Kontakt Player will offer the ability to audition the package for up to fifteen minutes, but as EG2 is not NI Library compliant, loading will have to be accessed through the file browser, rather than the slightly more convenient Kontakt library hierarchy. Installation will also require a degree of file shuffling, as the presets or ‘snapshots’ will have to be manually moved to the Kontakt User directory, before they initiate. Once in play, any elongated installation will be left behind, as you are hit with the wealth of significantly stylish content within.

Broadly speaking, EG2 fits into two categories, one being synth-based and the other being vocals. One area that possibly makes this a tad confusing is that within each of these two categories, there are a number of Kontakt instruments that can be loaded, with each offering a slightly different angle. So if you are looking for something synth-based, you would choose from either Action Synth 1, Action Synth 2 or Core Synth 2.0, with the latter two synths being new to the package. Upon loading any of these synths, you are immediately confronted by silence, as you have to load up a sample or snapshot to get some audio. However, once you start to get something of a handle on the architecture, you begin to reveal the real strength of EG2, which is firmly its sonic characteristic. 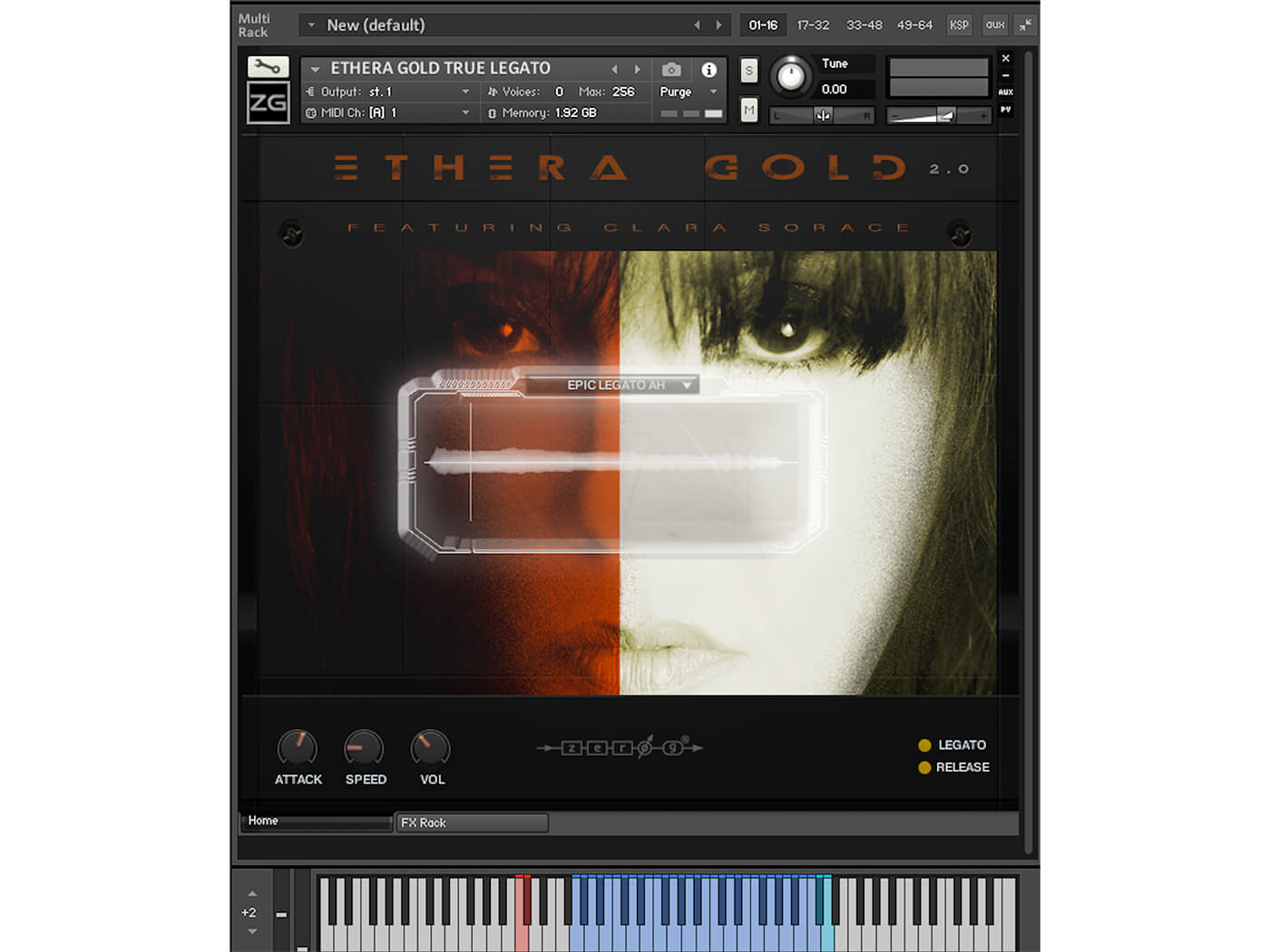 Beginning with the synths, each share the same building blocks, with the ability to load three samples for layering and playback. Action Synth 2 is able to load a fourth sample, with volume control and stereo pan available for each partial. The sample content is considerable and fairly varied; you’ll find everything from pads and synths, through to vocal and drum-based phrases, all of which can be altered in pitch, independently of the timing element, which snaps nicely to the DAWs tempo state.

While CPU loading is pretty tame and tidy, it does feel a little slow when loading either samples or snapshots, with several seconds passing with each instance, even when being retrieved from SSD over Thunderbolt 2, which is the case in this test. Patience aside, the resulting samples sound rich, with a diversity in texture, thanks to a fair breadth of choice.

What becomes very clear is that as these starting points will enforce the basic concepts nicely, it’s the exploration of the modulatory and FX settings that will really open up Ethera’s scope. While the basic settings, such as the envelope, can be found on the front panel, the Sound Control and LFO pages will translate your building blocks into sonic marvels. You begin to get a sense of this through the nicely curated snapshots, which demonstrate the sound design aspect at play here, along with the more playable snapshots, such as the cinematic arpeggiated presets.

Special praise must also go to the highly usable FX rack, which offers a large compliment of simultaneous FX, including a very usable reverb, although it is a regrettable drawback that some of the reverb settings cannot be altered in real-time, presumably because of it’s convolution nature. 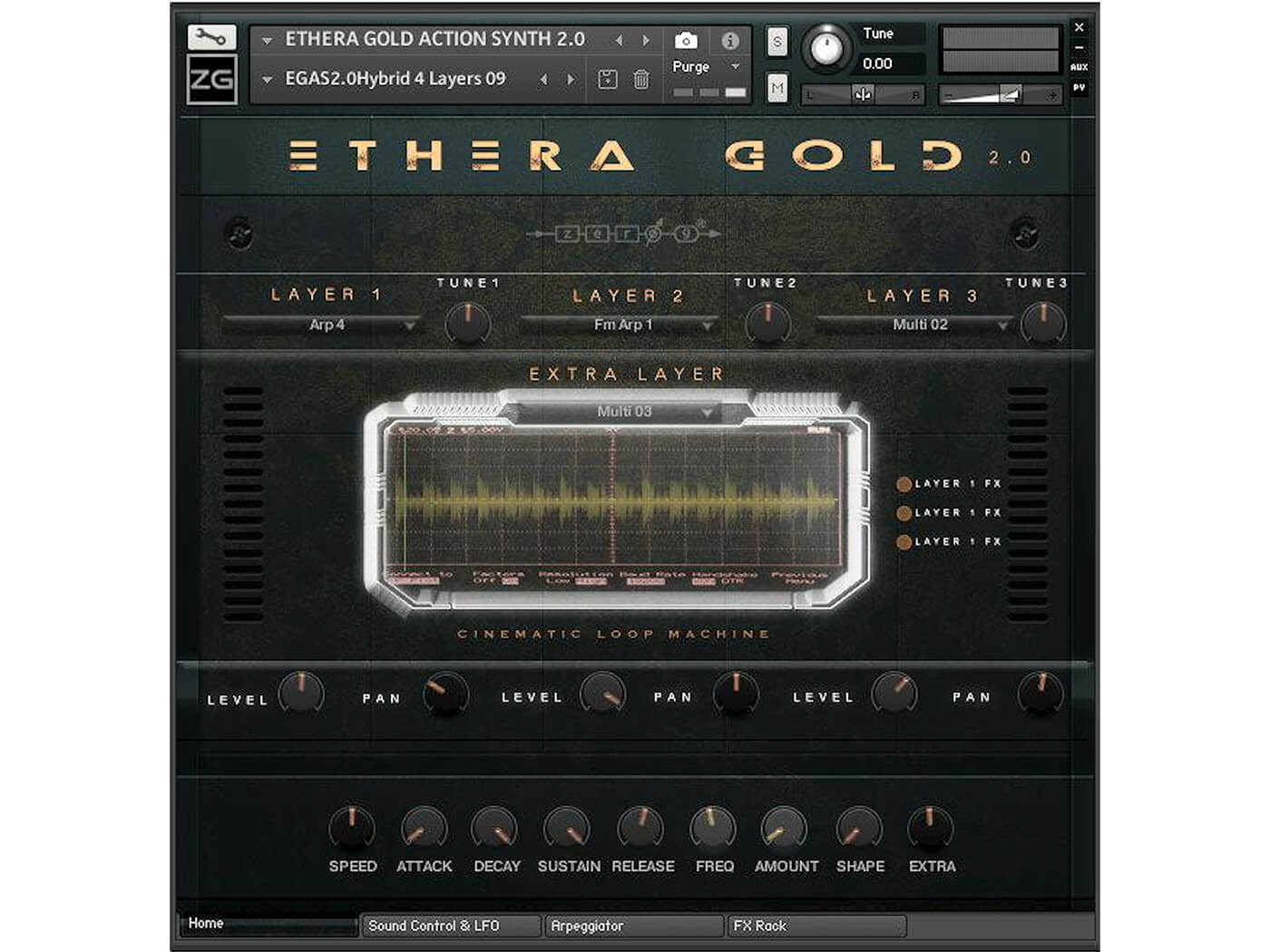 While the synth section is pretty significant, there’s even more bounty to be found in the vocal section.

Similar to the synth lineup, there are a number of differing vocal instruments, chosen according to the music you are producing, or the exact vocal sound you’re hoping for. These cover areas such as legato or sustained vocals, through to phrase building and chopped vocals.

The first instrument up for audition is the True Legato, which offers just over two octaves of either ‘Oh’ or ‘Ah’. The patches largely speak for themselves, with basic control elements such as attack and speed of glide between notes. At its shortest legato speed, it sounds a little false, so the plan will probably always be to keep this longer, although the speed with which these sounds can be played, even under long legato settings, is quite impressive.

These samples all begin without vibrato, with a subtle undulation appearing toward the end of the note, making them very cinematic. As they are all quite extended, some of the mid-to-low register notes feel a little too good to be true, in terms of intonation, but this will only really be apparent in isolation.

The Vocal Chop and Builder instruments both make use of the ability to build up a series of short vocal sounds such as ‘Uh’, ‘Eh’, ‘Nah’ and more besides. They are placed into an order, which is set on the builder page, enticing them to play through the order with each note strike. This can be highly effective for backing vocals and the like, although I notice that there is the odd sample that protrudes beyond the length of others. This is something which would doubtless get lost in a mix, but you would need to be careful if the vocal was too exposed.

Where the Vocal Chop instrument differs is through the heavy use of FX and processing, leading these sounds to be perfect for grittier productions.

There can be no doubt that this latest incarnation of the Ethera series is a very healthy upgrade on its predecessors, however I cannot help but feel that it can be confusing in use, as you are forced to move from one instrument to another in order to take advantage of the various sonic attributes that are on offer. This would be far simpler via a single instrument interface, but there is no doubt good reasoning for EG2 needing to be constructed this way, most likely to do with the Kontakt instrument form.

Ethera Gold 2 also represents excellent value for money, so as long as you feel you can trade off the price with the lack of Kontakt Player support, it is a very appealing package, albeit one that will require the user to spend some time navigating, in order to get the very best out of it. 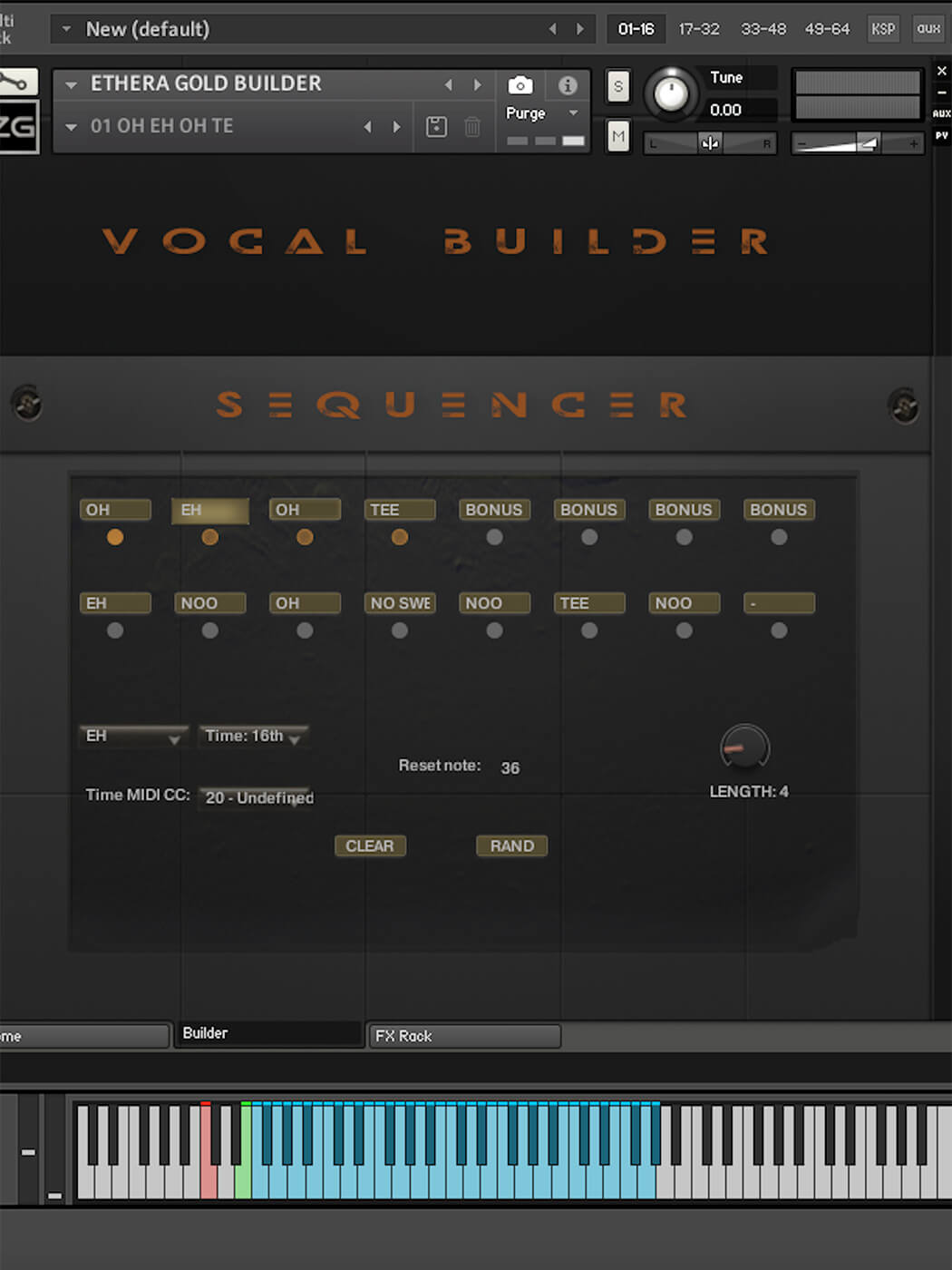 Being a package of two halves, I would suggest that any prospective purchaser will probably want to consider using both elements, rather than as a purchase where one aspect forsakes the other. The synth sections sound great, with a healthy dose of snapshots (presets) present in all areas.

The vocal area of the package is quite comprehensive, with great legato patching alongside vocal effects and even a small choir. The necessity to continually switch different instruments can feel a little long-winded, requiring the user to unravel a fair bit during initial exploration, to find exactly what’s required, but once you know where to look, the sounds often reward. Given the sensible pricing, it is highly attractive, but arguably lacks some of the finesse found with more expensive packages. 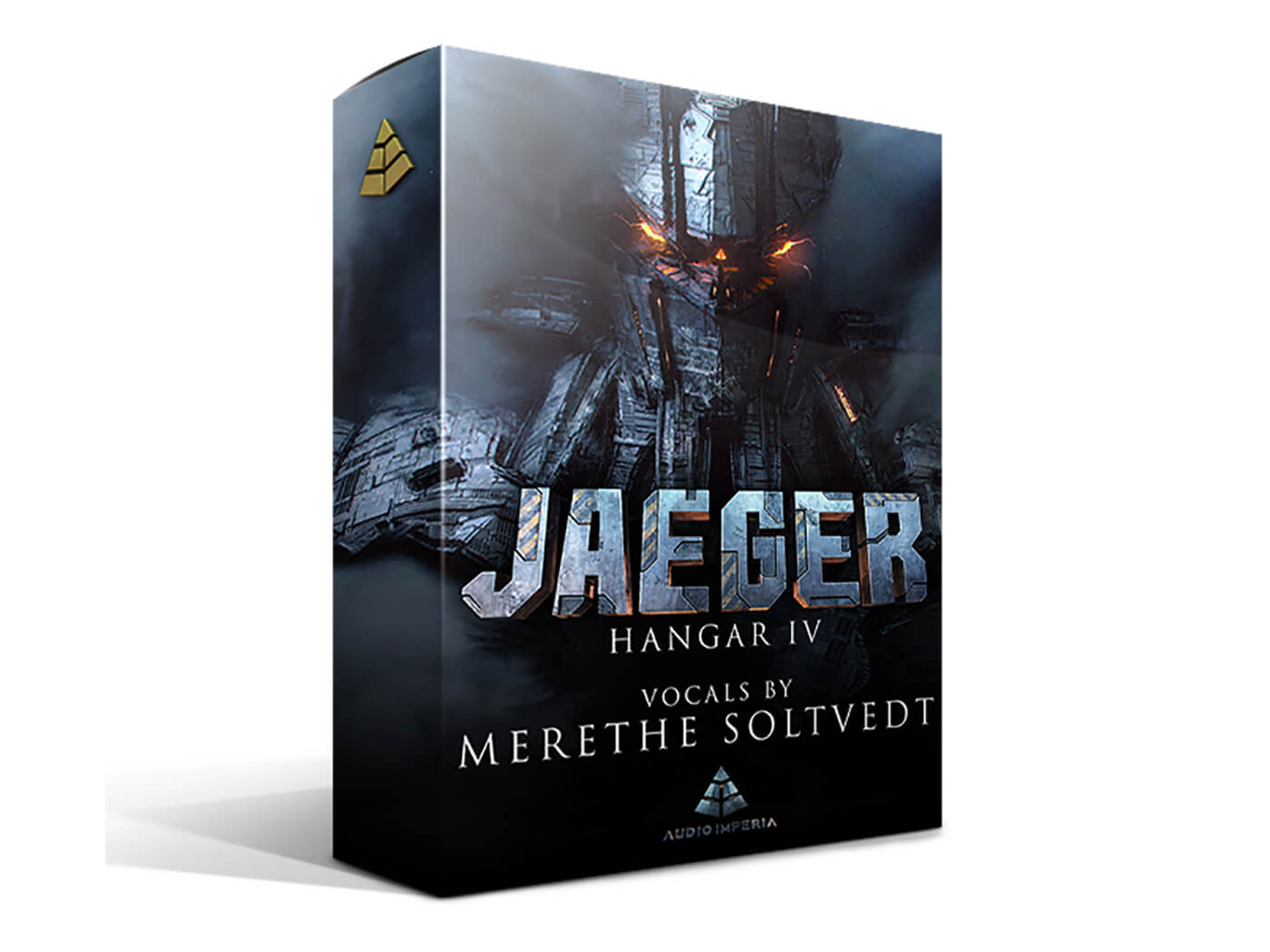 This vocal-only package is lifted directly from the outstanding Jaeger Modern Orchestra Suite, being made available as a stand-alone, outside of the more expensive full package. It features beautiful legato vocals, which are key-switchable, but lacks further content, unlike Ethera Gold 2. 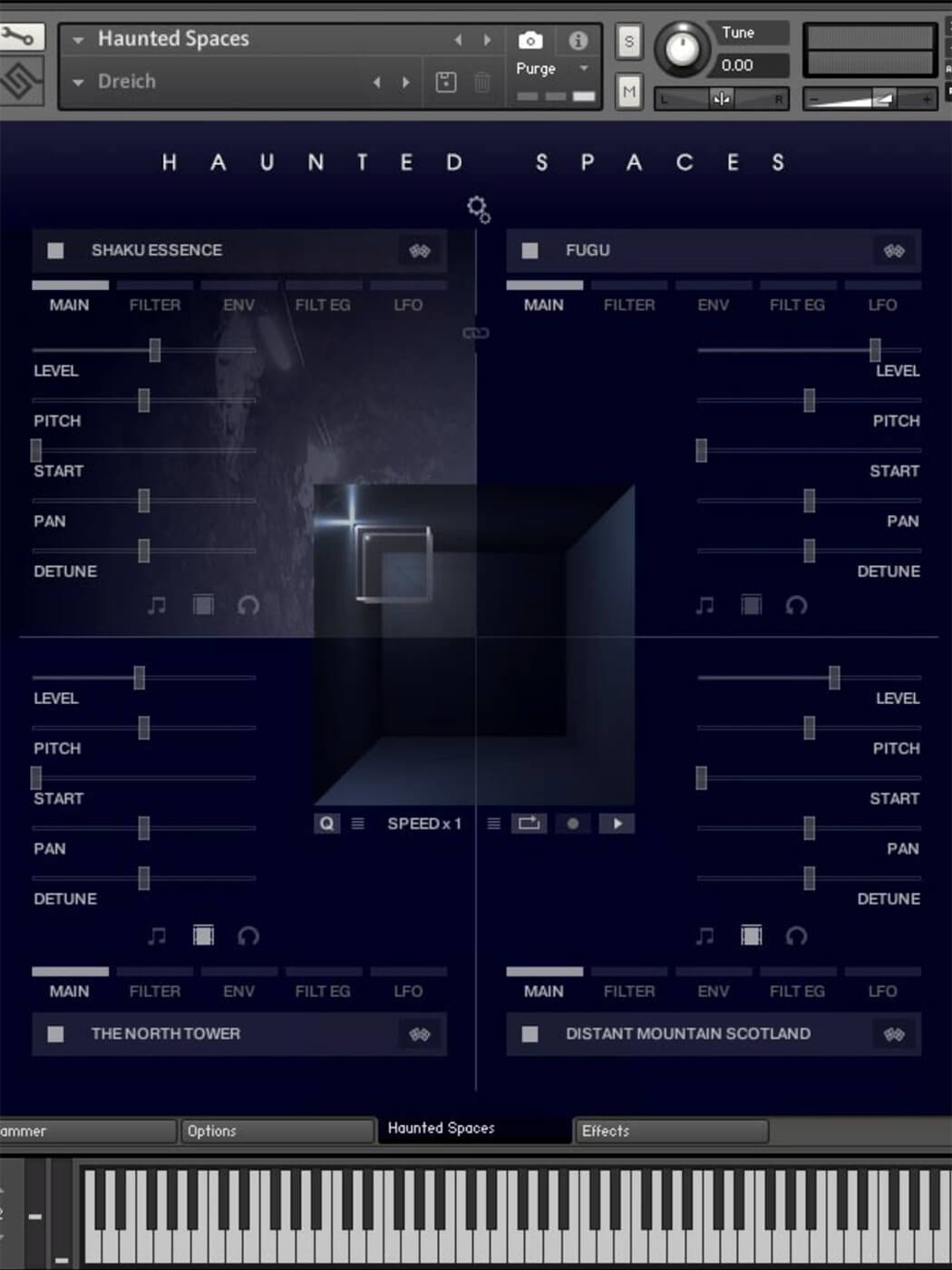 Although not entirely the same as EG2, Haunted Spaces offers a four-partial construct which invites layering, mixing and modulation, all from a very elegant front-end interface. Sonically, it offers weight and gravitas, shipping with a large onboard library which offers everything from musicality to the abstract.