Inspiration can be found in so many places, so why not try regressing to the sounds of your childhood? We peer through the round window and open the toybox on UVI’s new sample collection. 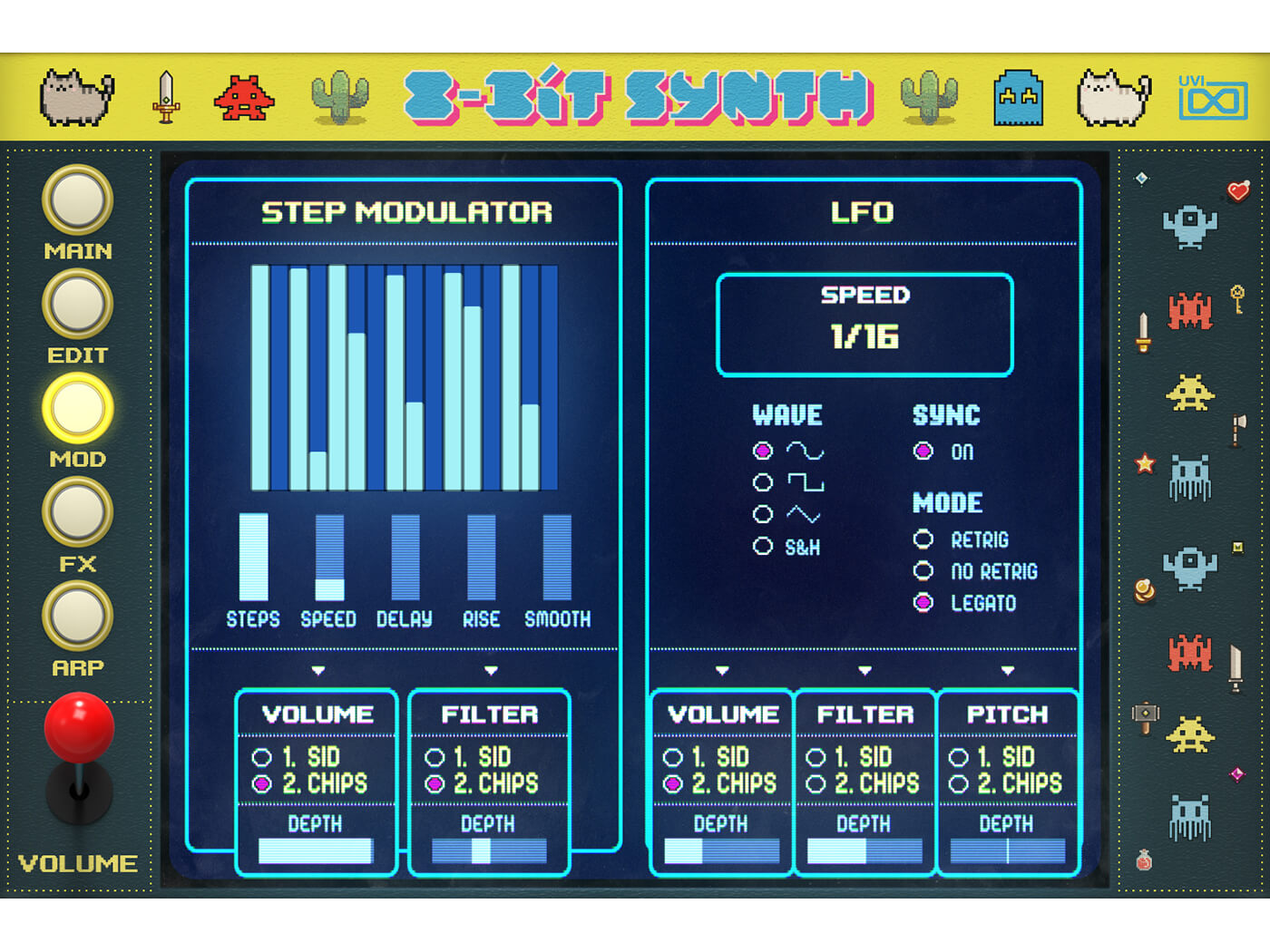 UVI is a company on a mission to sample both the ordinary and the surprising, as we’ve seen recently with products containing everything from acoustic pianos to a library of whooshes and builds. So in another left turn, we find ourselves with a library compiled entirely from toys and childish instruments, which could provide an essential and useful palette, regardless of the genre you’re working in.

There is in fact an extraordinary heritage when it comes to using toys in music production. I remember the first time I saw a baby monitor being mic’d in a studio, to provide a vocal colour which would now be mimicked by a plug-in. Then there’s the use of the Stylophone on Space Oddity – and commendations don’t get any better than David Bowie – although the use of a Speak & Spell toy on Kraftwerk’s Computer World album isn’t too far behind.

With these ringing endorsements in my head, I sheepishly open the Toy Suite cupboard door to see what is inside. The first thing I notice is that it’s vast. UVI has great form here, not only with a somewhat compulsive nature that covers sampling instruments from every angle, but from the vastness of choice. 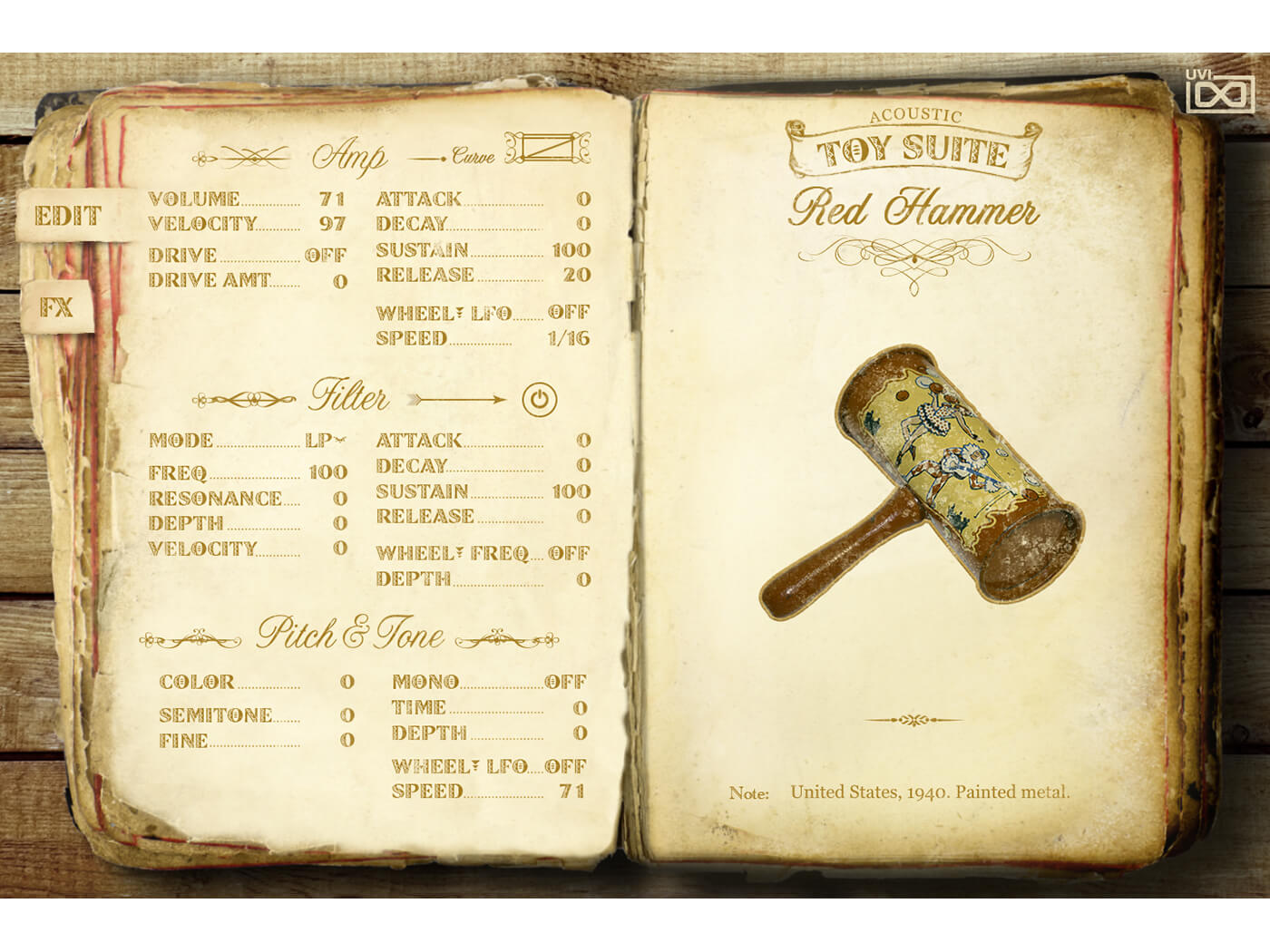 Broadly speaking, instruments are broken into three main categories: acoustic, electronic and the highly appealing 8-bit synth. Within each of these menus are further menus and submenus, which might feel bewildering at first, but at least these are clearly labelled, leaving everything firmly at your fingertips.

The most obvious category for inclusion in a library like this would be toy pianos, so no surprise that there’s a wealth of content in this category, extending from highly detailed and musical examples through to detuned and vintage stock. One such incarnation is described as Old Small Piano, which apart from a degree of detuning, offers the most fantastic mechanical aftermath with each key strike. It’s here that the sampling focus sharpens, predominantly in the lower octaves, as the creaking mechanism slows with each downward pitch, but it has that wonderful otherworldly quality that means that the technicalities of limited sampling just don’t matter. In any case, there’s enough striking content elsewhere to pacify any misgivings.

In a similar vein, there’s plenty of content which relates to other instruments that employ a strike to gain a note, with more common examples being xylophones and bar chimes. But in keeping with the toy-piano precedent, there’s an enormous variety of timbral interest, from toy-like to some which sound more professional, with examples from around the world. 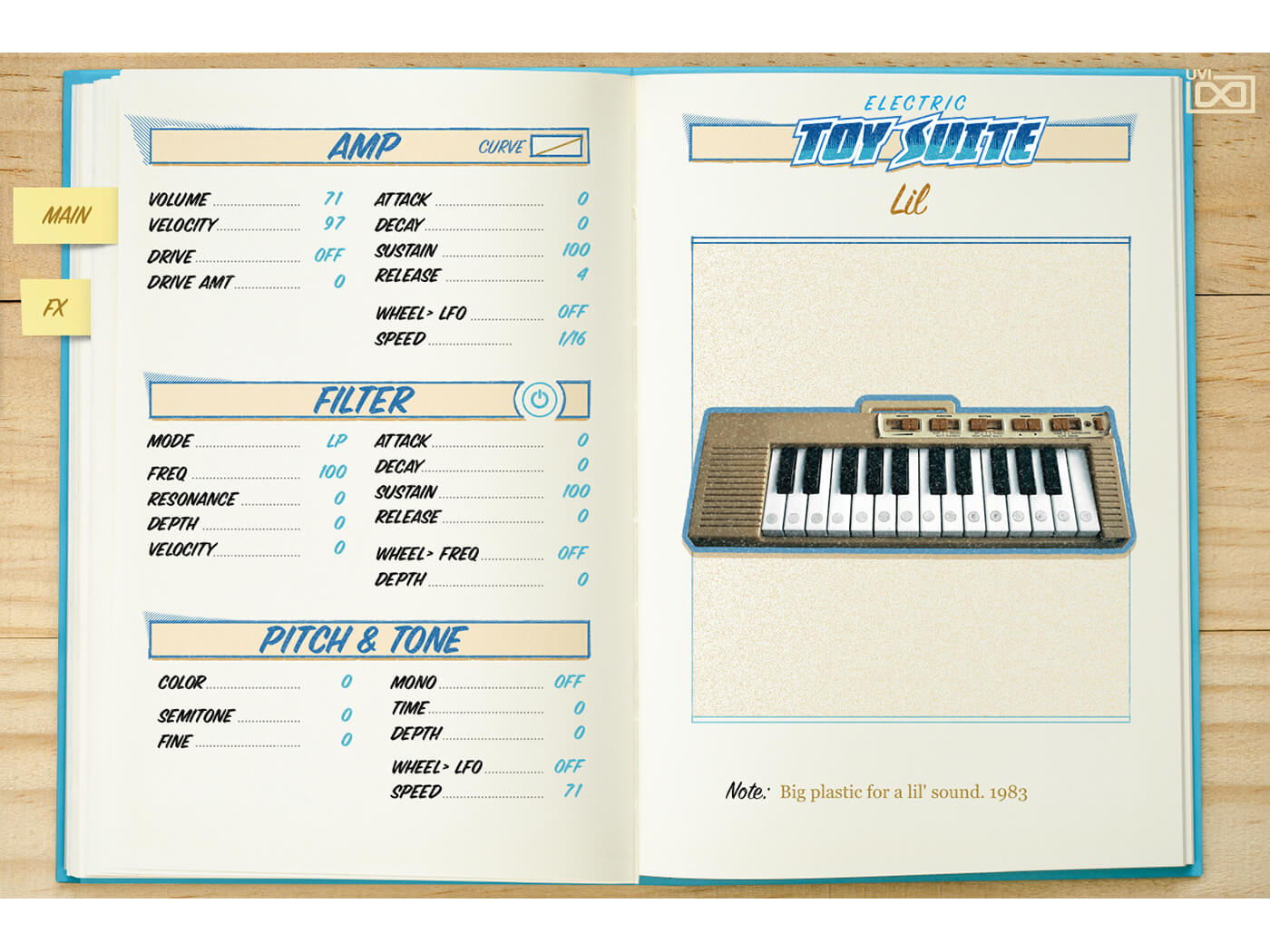 The Blow Toys category is another box of delights, with Funny Horns, Flutes, Rattles, Whistles and Recorders, although the mere prospect of categorisation complexity leads to a degree of stumbling across treasures. Within the Funny Flutes section, I found Pipe, which is the classic plastic pipe which you swirl by hand, spinning faster to gain higher harmonics. It’s beautifully captured and hauntingly good… albeit not the best example of a note-based instrument, thanks to its inability to play chromatically.

My knowledge of sound-emitting toys appears to be quite limited, a point which becomes even more apparent when moving to the electronic section. There are literally hundreds of presets to work with, either musically or as a starting point to further timbral exploitation. Again, these are perfectly organised, from the bizarre and literal toys that chirp and beep, through to organs, toy keytars and some far more serious contenders. The Stylophone is a good example, which has the capacity to sing out beautifully, but with key-switching can quickly move to an instrument with unreliable connection, stuttering electrically, as the Stylophone so often used to. It’s this attention to detail, coupled with an amazing depth and clarity in the sampling, that allows this library to stand out.

Similar credentials can be applied to another serious contender – the legendary SID chip – where a very healthy contingent of loops and sequences can be found, offering beats and pulses in numerous shapes and sizes. These can all be altered in tempo to match your preferred DAW template.

There’s also a healthy dose of samples from the Speak & Spell-styled machines, with both game sounds and direct capture of spoken words and phrases. Use of these might be a little passé in the current age, but they could certainly offer a suitable starting point for mangling and creation if you’d prefer not to recreate the sounds of the early-to-mid 80s. 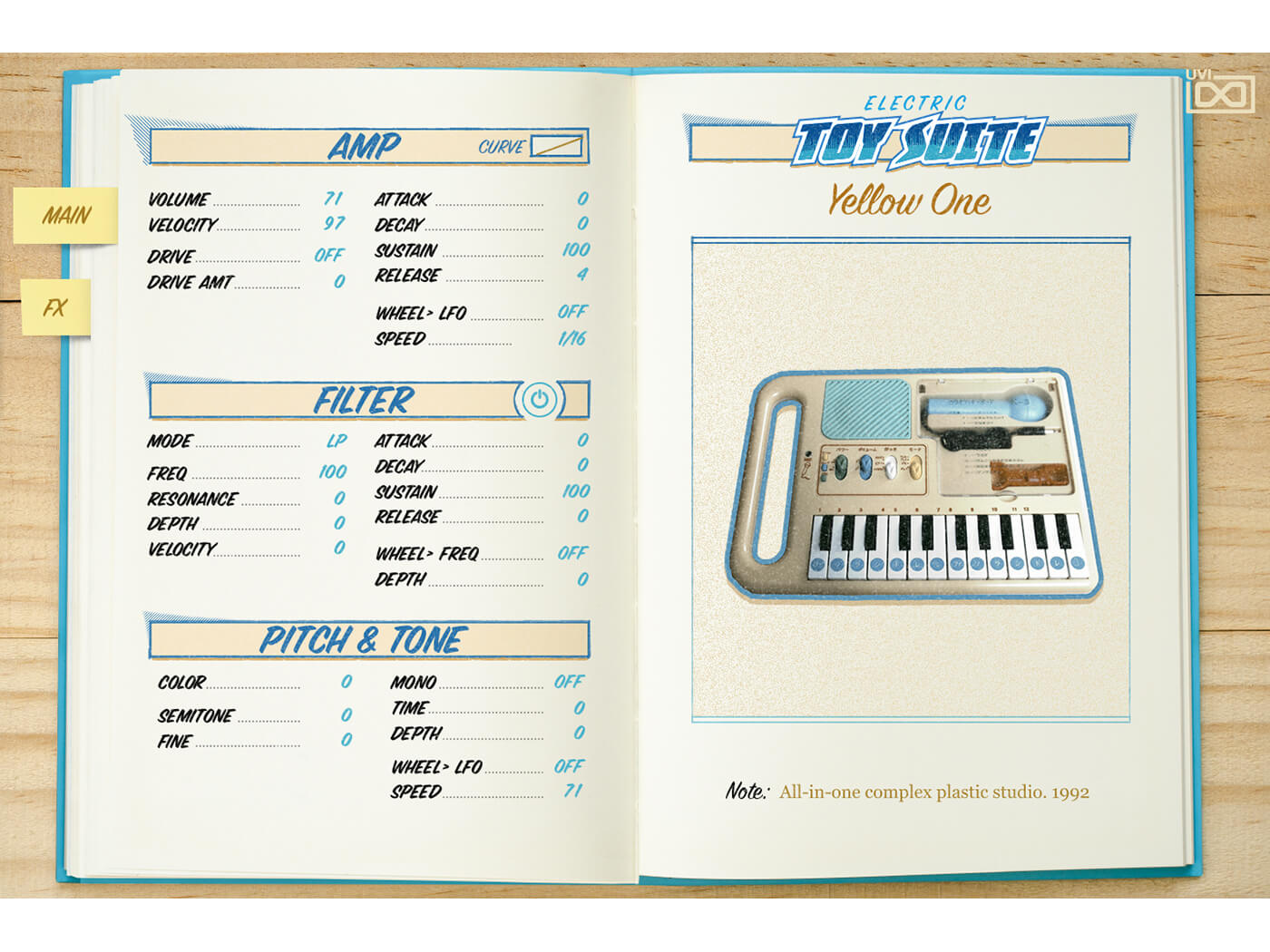 In common with the SID references, there’s an elaborate inclusion of a true 8-bit synth, at least one that is heavily sampled and offers ear candy associated with the Game Boy or the Commodore 64 computer. This helpfully ships with a large number of preset sounds and sequences, but is clearly set up to invite tinkering, as you would a normal subtractive synth. It’s heavily equipped with two envelopes and a variable filter, allowing for creation and manipulation in real-time. This extends from basic and crunchy waveforms through to white noise and Simmons-like drum sounds, all organised through two oscillators that allow for simple layering.

One factor I find really endearing is the noise that surrounds the actual main sampled element. There is a continuous supply of hums and buzzes, which are not so much electrical as limitations of the 8-bit sampling restriction. This makes the electronic sounds appear to be far more organic, even acoustic, adding realism to the whole concept.

When you first think of a library containing sounds drawn from a catalogue of toys, you could easily be forgiven for thinking that the concept couldn’t be taken very far. Well that’s where UVI has proven us all wrong, thanks to the bewildering number of sources supplied with this suite. The way that instruments are displayed is almost like a storybook, which makes for an interface that some might not take to. Yet I found it very elegant in use, with the added knowledge that there is the usual high-quality UVI effects section on the back end.

Special praise must also go to the 8-bit synth, which is cheeky in design and colour, with guest appearances from the odd space invader within the design. It’s a huge and very useful library, especially for anyone working in media, or those looking for different production sounds that might set a palette away from the norm, albeit with large elements of crossover with the mainstream.

The name Toy Suite might appear somewhat offputting to many producers, but I would urge a degree of suck it and see! Apart from the fact that it is absolutely brimming with great quality content, it really does have the capacity to go considerably further than many might consider. 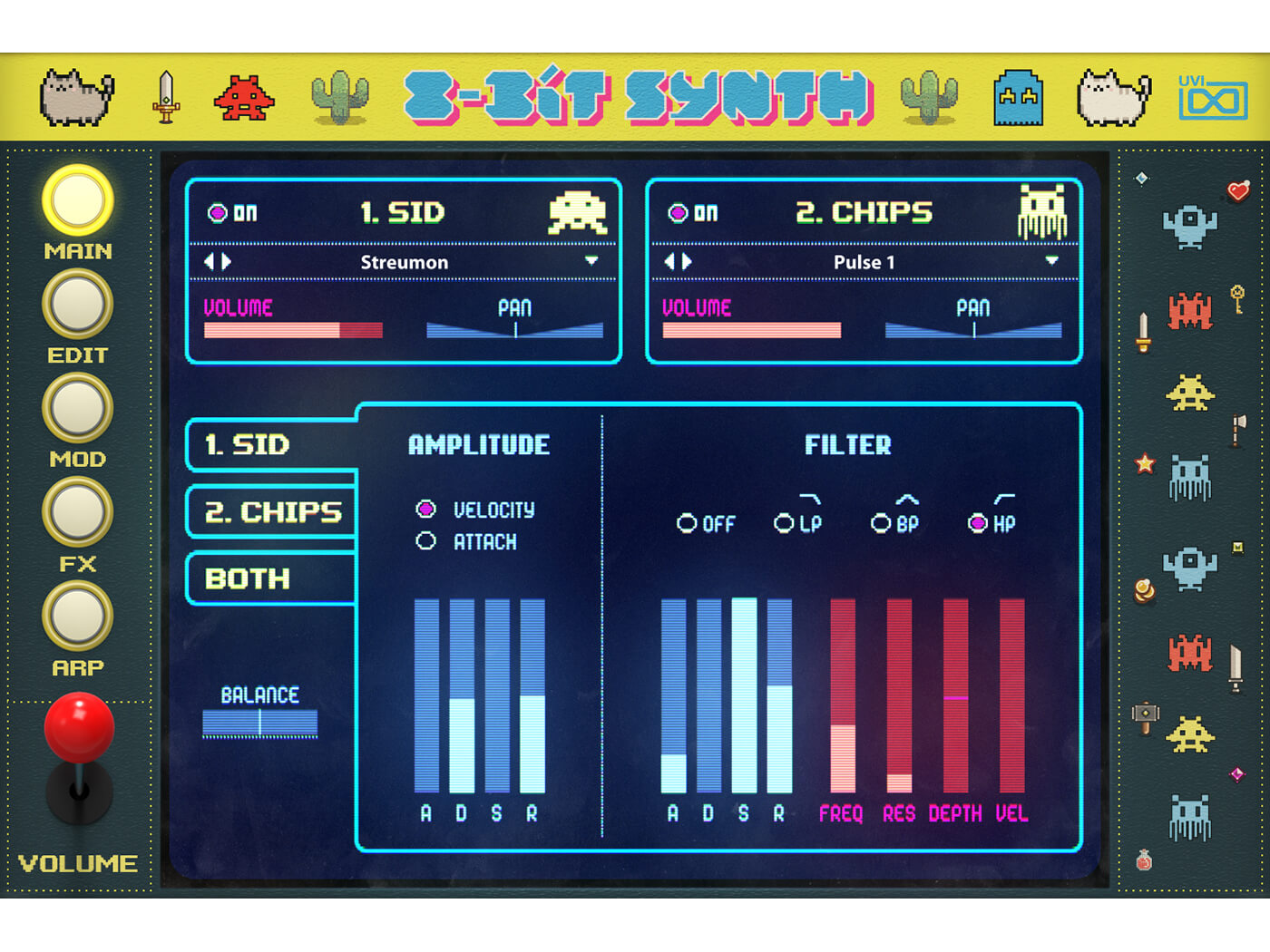 If you are the sort of artist or producer that might regularly require sonic bites from the toy world, then this library caters in spades, but with the current commercial trend for Clean Bandit-esque, chirpy-synth sounds from this world, as well as the left-field use from bands such as Tennyson, there is no doubt that this suite is useful on many levels; with particular reference to the 8-bit synth section, which invites various forms of exploitation, albeit at a fairly significant price point. 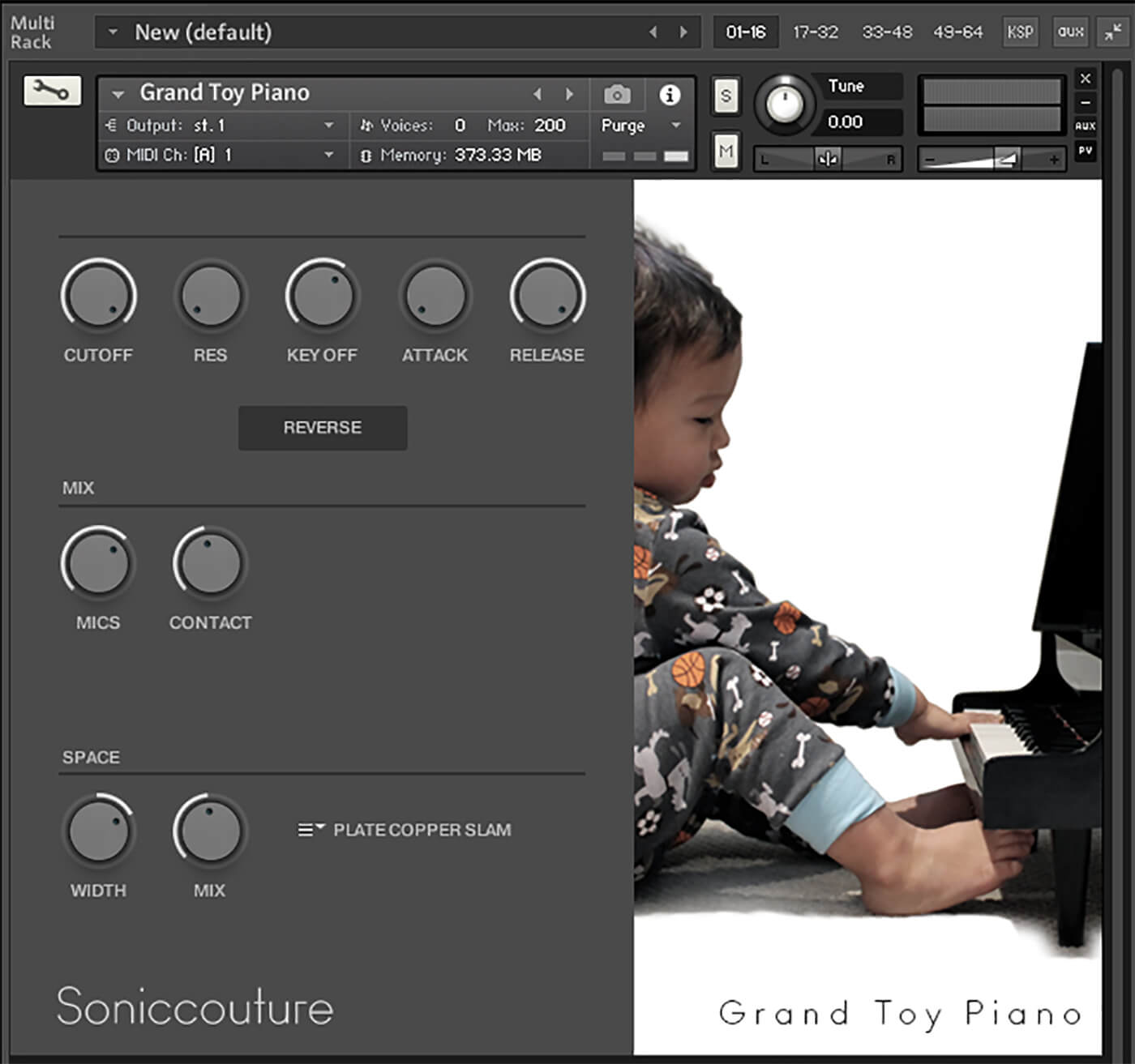 Soniccouture is another company with excellent sampling credentials, with the Toy Pianos library offering two sampled instruments for free, alongside any other purchase. Both instruments offer clarity and depth, and despite being free are very useable. 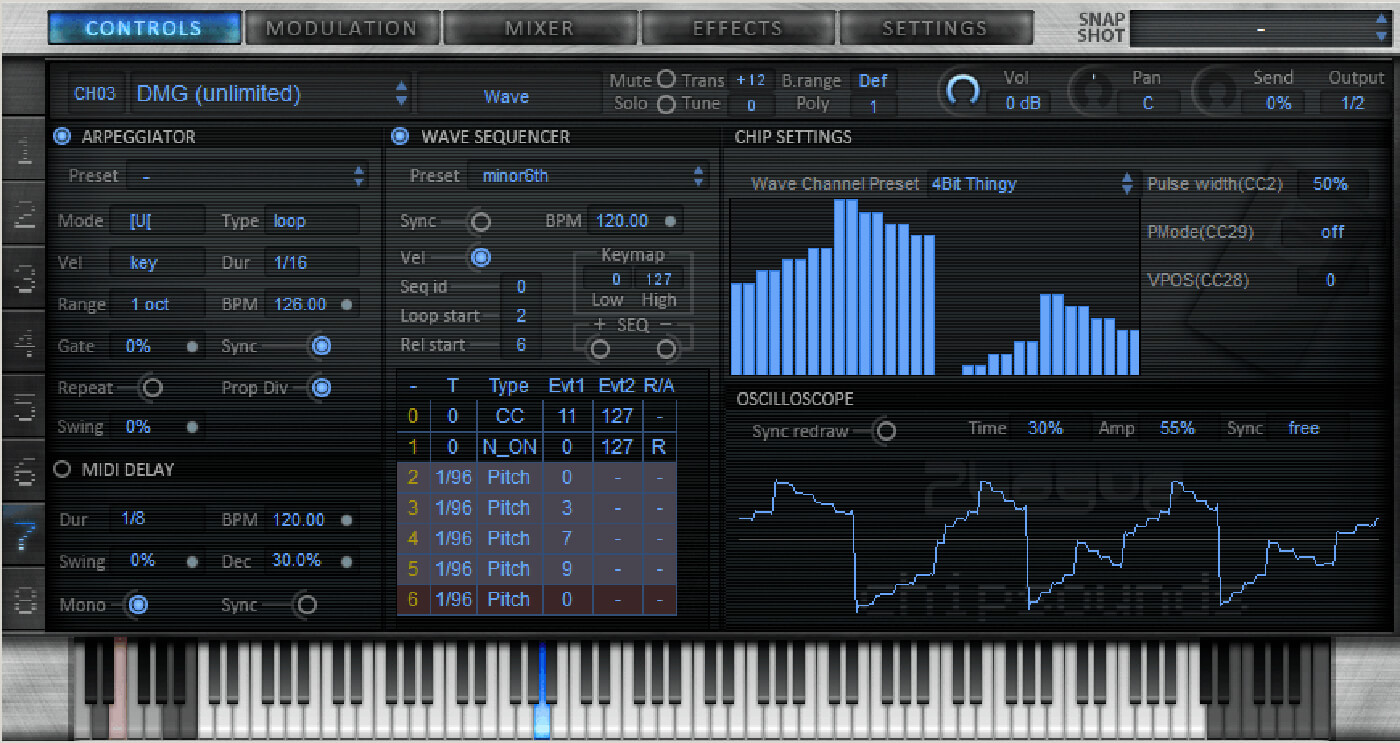 Chipsounds is an incredibly versatile 8-bit synthesizer, in plug-in form, which is ideally suited to making Chiptune. It boasts 15 different 8-bit emulations, designed to sound like its older hardware siblings, while offering the versatility of a plug-in for today’s production.