With an excursion to the centre of Paris, sampling and instrument pioneers UVI goes postmodern with a sizeable new collection of solo instruments – but not entirely as you know them. 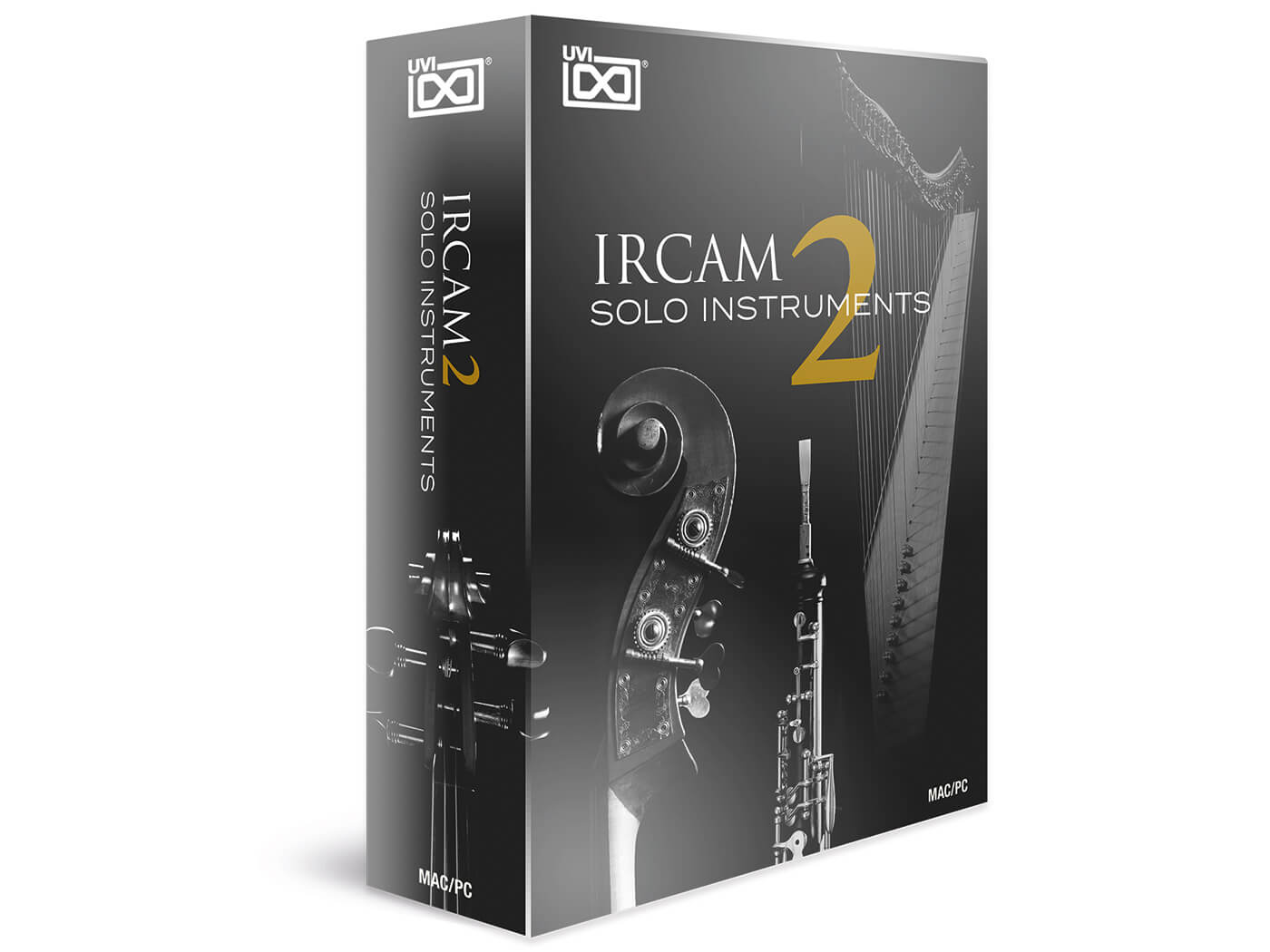 In the continued pursuit of realism in sampling, you cannot help but notice the recent explosion of content based around conventional orchestral instruments. While many companies, including France’s UVI, have been quick to adapt, present significant content and extend users’ options in terms of added realism, there has also been a push from many quarters to offer a different palette of sampled sounds, those that stray from the norm. IRCAM Solo Instruments 2 transports many of these colours to a new and exciting location, right from the heart of Paris.

Even if you haven’t heard of IRCAM, we can almost guarantee that you’ll be familiar with their work. Based next to (or underneath, to be exact) Paris’s Igor Stravinsky Square, next to the Pompidou Centre, the Institute for Research and Coordination in Acoustics and Music was set up in the mid-1970s by Pierre Boulez as a centre for research into the science of music and sound. Many composers, often with avant-garde tendencies, have spent time at the fabled IRCAM studios and concert facilities. IRCAM has also hosted significant research into audio – the building blocks of Yamaha’s DX-style FM synthesis and Max/MaxMSP can be laid at IRCAM’s door.

It’s hardly surprising, then, that Paris’s UVI would choose IRCAM as a suitable location to explore this second volume of solo instruments, which features 16 predominantly orchestral instruments in both conventional and unconventional settings.

All the mainstream orchestral instruments are included in this package. Within the solo strings grouping, articulations are collated as Classical, Extended, Muted and Transitions. The Classical articulation patches cater for the mainstream sustains and staccatos, with additional sampling for trills, tremolos and dynamically driven articulations such as sforzando or fortepiano. The overall sonic colour feels dry and resonant. There isn’t an overblown sampled hall behind each instrument; the up-front nature of the close mic’ing is a stark contrast to many other similar libraries. At first it feels harsh but it’s easy to grow accustomed to the sonic attributes of these string samples.

Keyswitching is available throughout the library, which, in the case of the violin sample at least, seems to result in the occasional glitch. Dynamic timbre can be controlled through various methods, such as MPE or polyphonic aftertouch. We find that the dynamic timbre crossover can be a little sudden at times but this becomes far less focused when used in musical context with other instrumentation.

This library also offers options for playback, with the ability to switch between legato and non-legato modes, which also includes an impressive polyphonic legato. While impersonating a string player double-stopping (playing more than one note at a time), the polyphonic legato proves a highlight, certainly more so than the monophonic legato, which can feel abrupt. 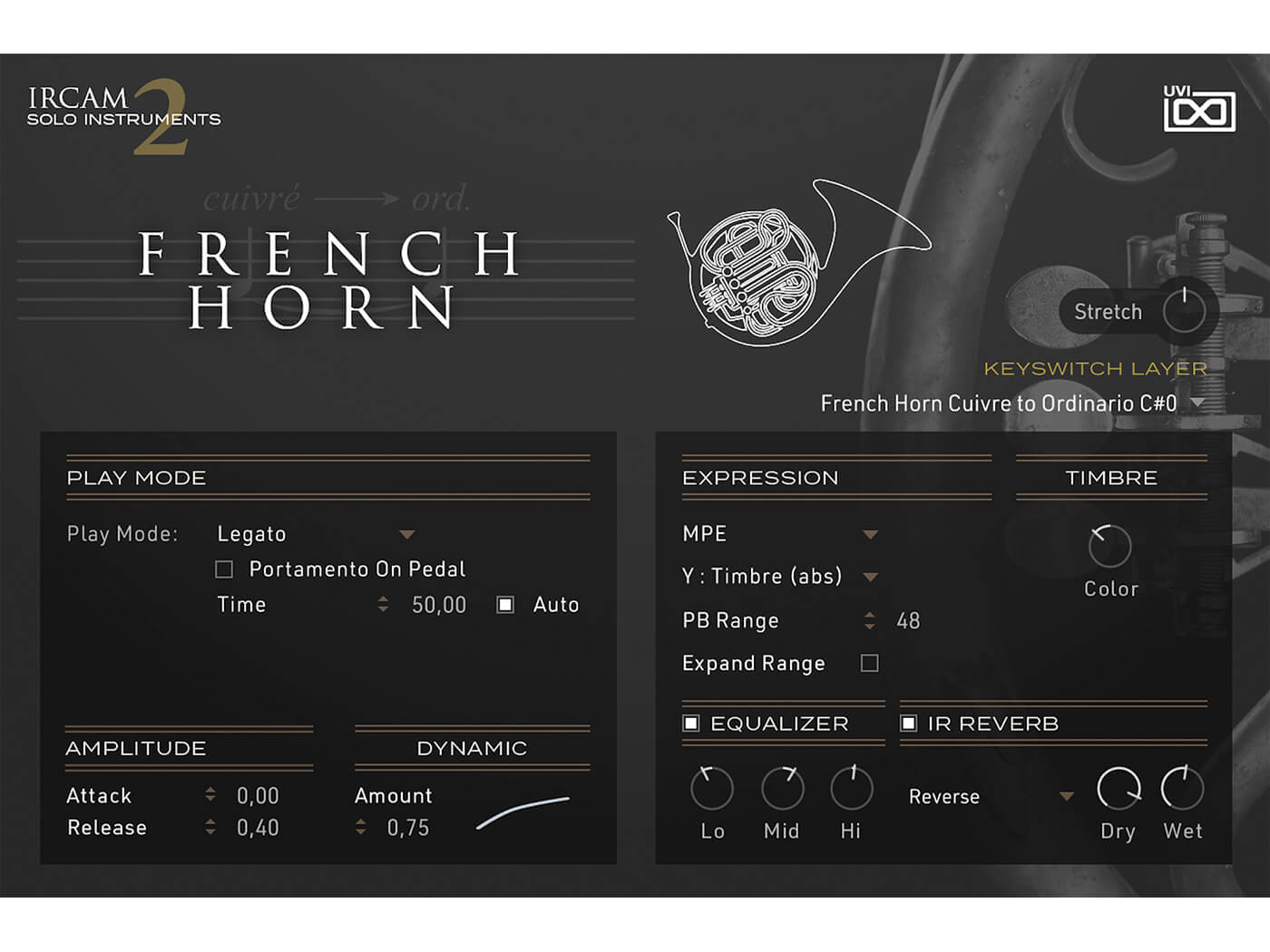 In the wind section, the flute, oboe, clarinet and bassoon samples are joined by the less typically orchestral alto saxophone. The articulation categories here mirror those in the string section, only without a muted section, as wind instruments cannot access mutes in the same way that string players can mute the bridge of their instruments. You’ll find the more abstract elements within the Extended articulations.

In the case of the single reed instruments, there’s plenty of air around the sound. That’s especially so with the Aeolian & Ordinaro patch, which features lots of air in front of the note, held in stasis by the player to provide breath with less tone. The Multiphonics Clarinet patch is delightfully chaotic, as each note played induces a state of dissonant harmonic overtone. You may question where a sound like this might be deployed. If we put our media Stetsons on, we can absolutely hear it used in televisual and film-based scoring, albeit less Hollywood and more indie.

The alto sax, clarinet and bassoon samples cater for key-click samples, where the pads on the instrument are slapped closed to create a percussive tone that is pitched to the corresponding note. It’s highly effective, almost synthetic, and allows for percussive melodic motifs to be combined with the more sustained elements within this library.

The wind and brass sections feel less strong with the more fundamental sustaining samples. They can feel a little bit too good to be true, especially when transitioning from one note to the next. Imagine a heavily quantised and auto-tuned acoustic instrument  and you’ll be close to the outcome of these instruments, which is where reliance on dynamic and performance controls will really help. One such control is associated with the legato mode, and allows for degrees of portamento (glide) to be applied via a sustain pedal. With the wind instruments, this results in a short scale-based flurry of notes, which doesn’t so much join both notes together as catch the last few notes that lead to your next triggered one.

In Auto mode, the instrument reacts to the way you play, and you can also control the timing element of this flurry. It’s a useful and unique feature, and one that will help users in their quest for realism.

We also found that the odd adjustment to parameters, such as the attack phase of the envelope, could help with the believability too. Some of the brass samples, particularly the trombone, can feel rather too exacting in attack. A slight softening at the front of each note helps to ease any machine-like predisposition. 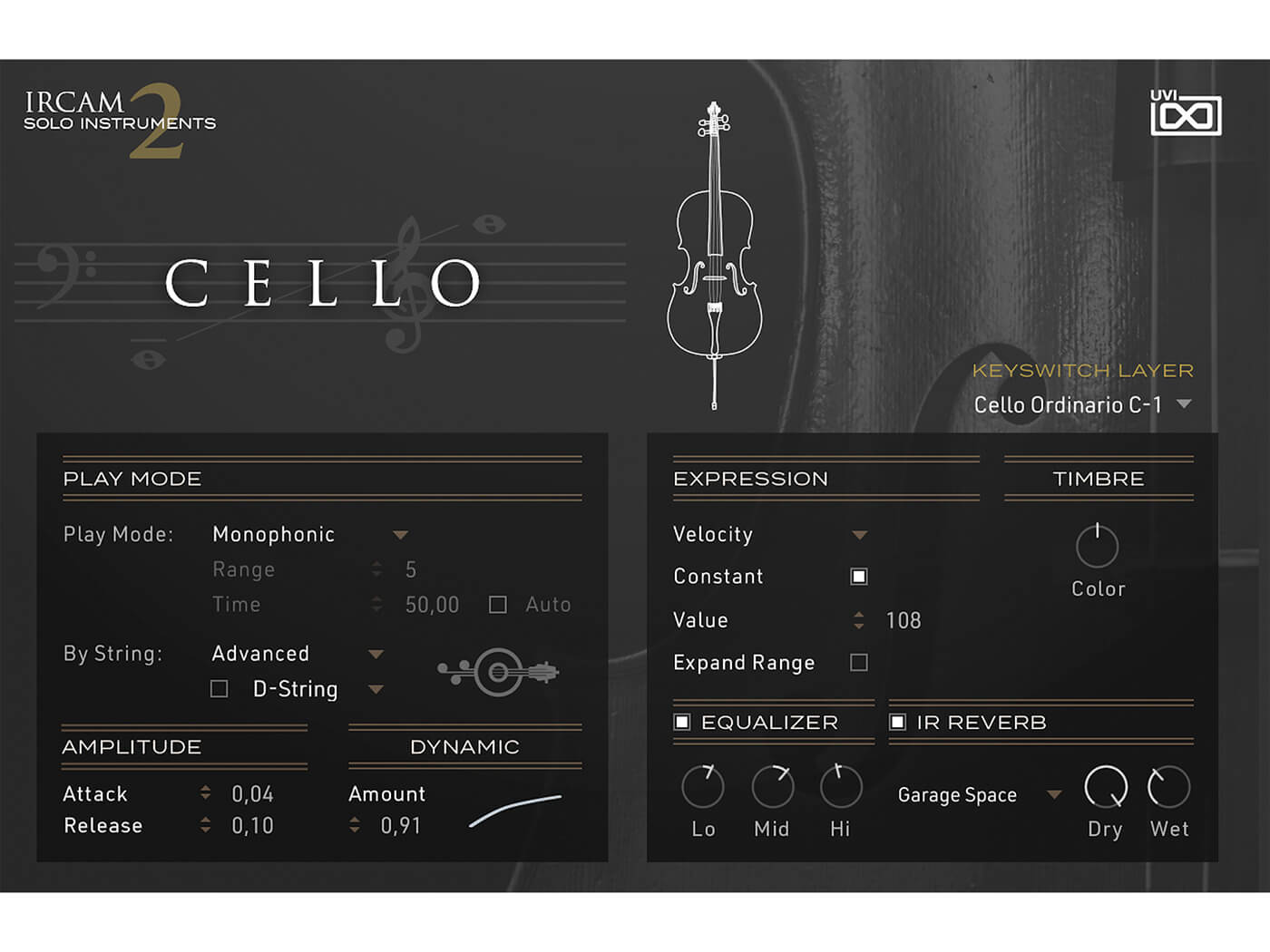 Alongside the more usual section-based instruments, UVI has included accordion, guitar and harp samples, all of which demonstrate similar credentials with regular and abstract playing techniques. Quite apart from the considerable content, we have to conclude that IRCAM Solo Instruments 2 comes into its own in two distinct areas. Firstly, the dryness of the samples, which can at feel unforgiving on first listen but will quickly endear themselves.

There is a basic timbre control for each instrument but no individual mic control, presumably due to the close-up nature of the samples. If you work on the performance programming, the resulting colours should be highly effective but they will still be an acquired taste. Secondly, the more individualistic and avant-garde elements are both inspiring and unique. It’s a testimony to the quality of the captured players that there are so many interesting colours available here. This is the essence of what this suite is about. As a component to a user’s expanding library, it will supply a colour palette you can scarcely gain access to elsewhere. 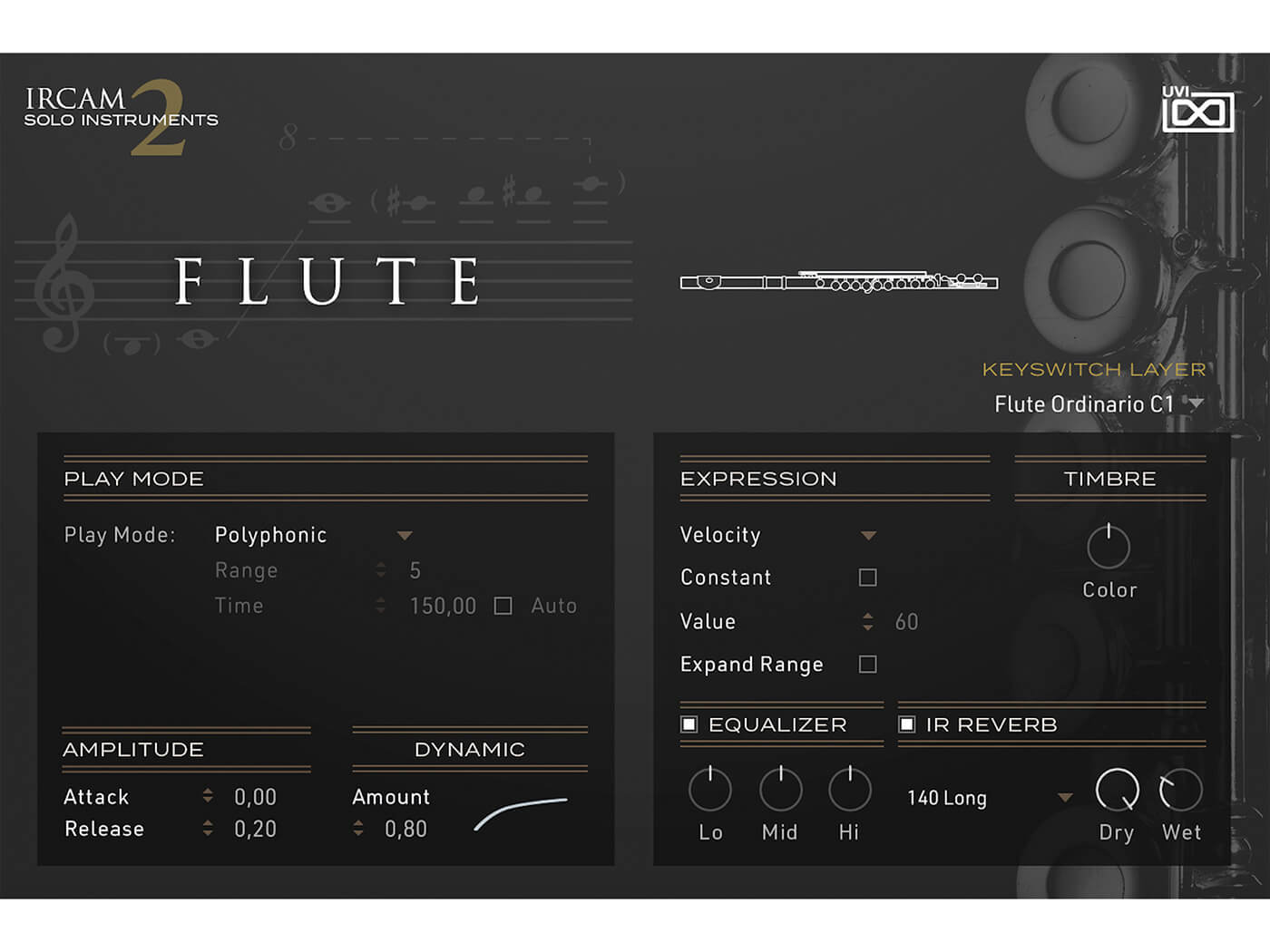 IRCAM Solo Instruments 2 is a worthy purchase for anyone who may regularly require acoustic instrumental sounds that are to be played to extremes. UVI has sensibly coupled this uniquely abstract sound set with the usual colours associated with an orchestral library focused on solo instruments. It’s entirely dry at source, which can feel abrasive at first but you’ll quickly become acclimatised to the audio, which ultimately feels refreshing.

Thanks to an onboard IR reverb, it’s easy to ease up on the closeness, while other effects such as EQ, compression and delay are also available, inline with the standard features found in UVI’s excellent Workstation and Falcon plug-ins. This is a brave library that will resonate with anyone who needs high-quality acoustically derived off-the-beaten-track sample content. 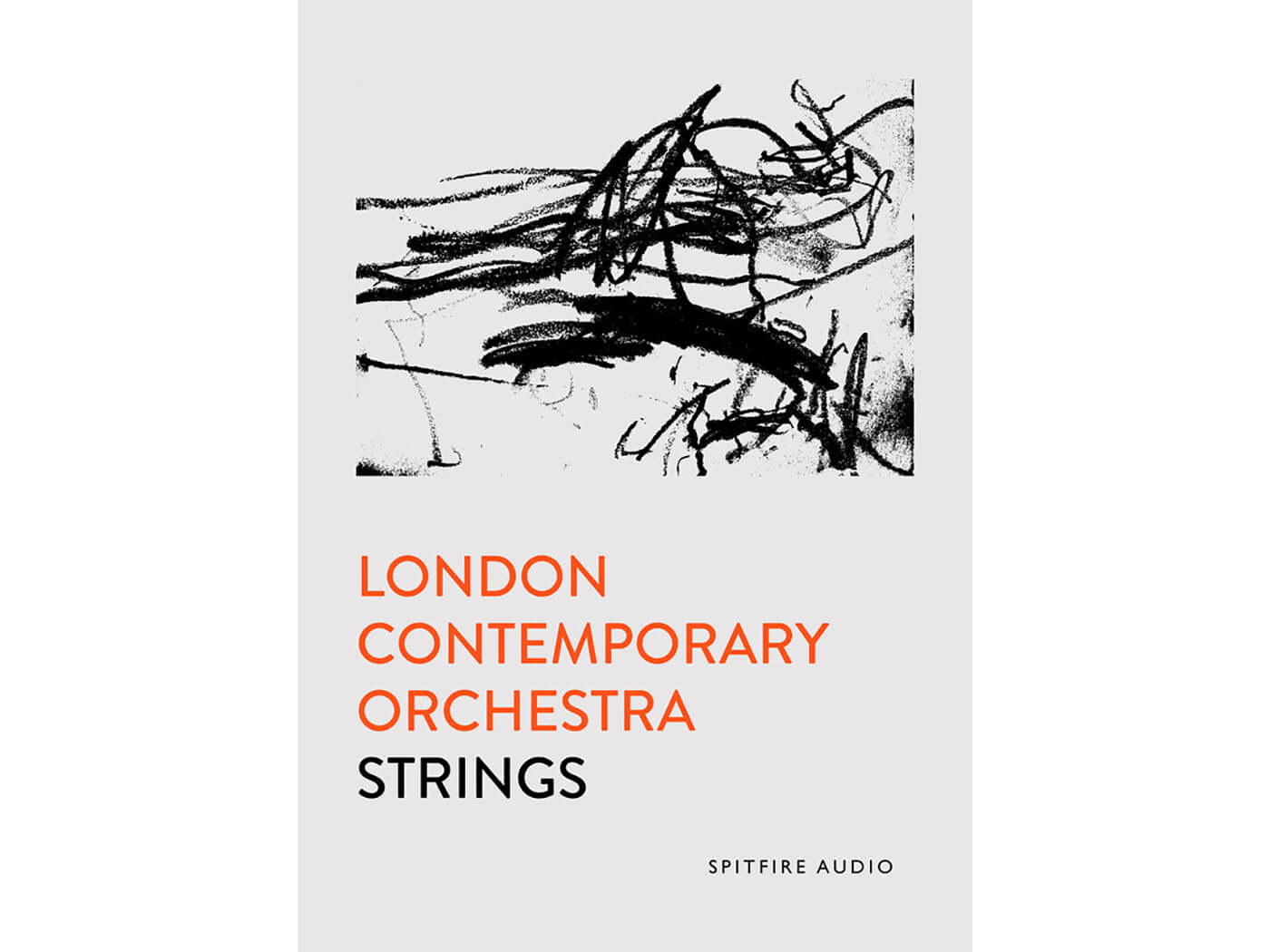 Another example of a great library recorded with close mic’ing in a dry environment, LCO Strings is centred on a small group of string players but the content is stunning, with numerous extended articulations and playing techniques. There is a lack of legato patching though. 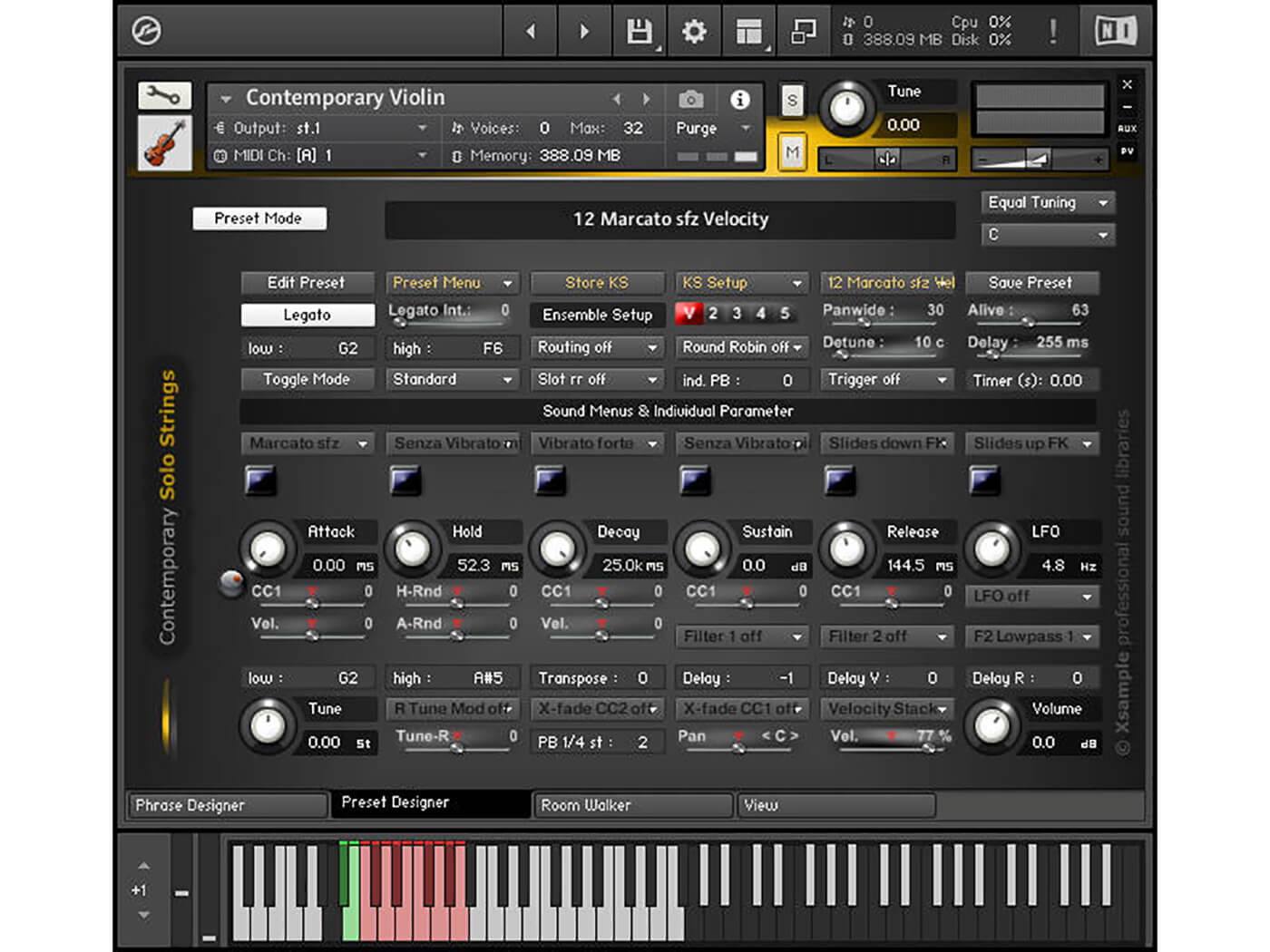 This is another fine example of solo instrument modelling with a complete set of extended articulations, geared towards contemporary styles of music. Longer sampled notes nestle alongside more outlandish playing techniques, which offer versatility for anyone yearning for modern sounds.