Thanks to Toontrack’s latest sojourn to Cuba, adding some spice to your productions just got a lot easier with these new expansions. 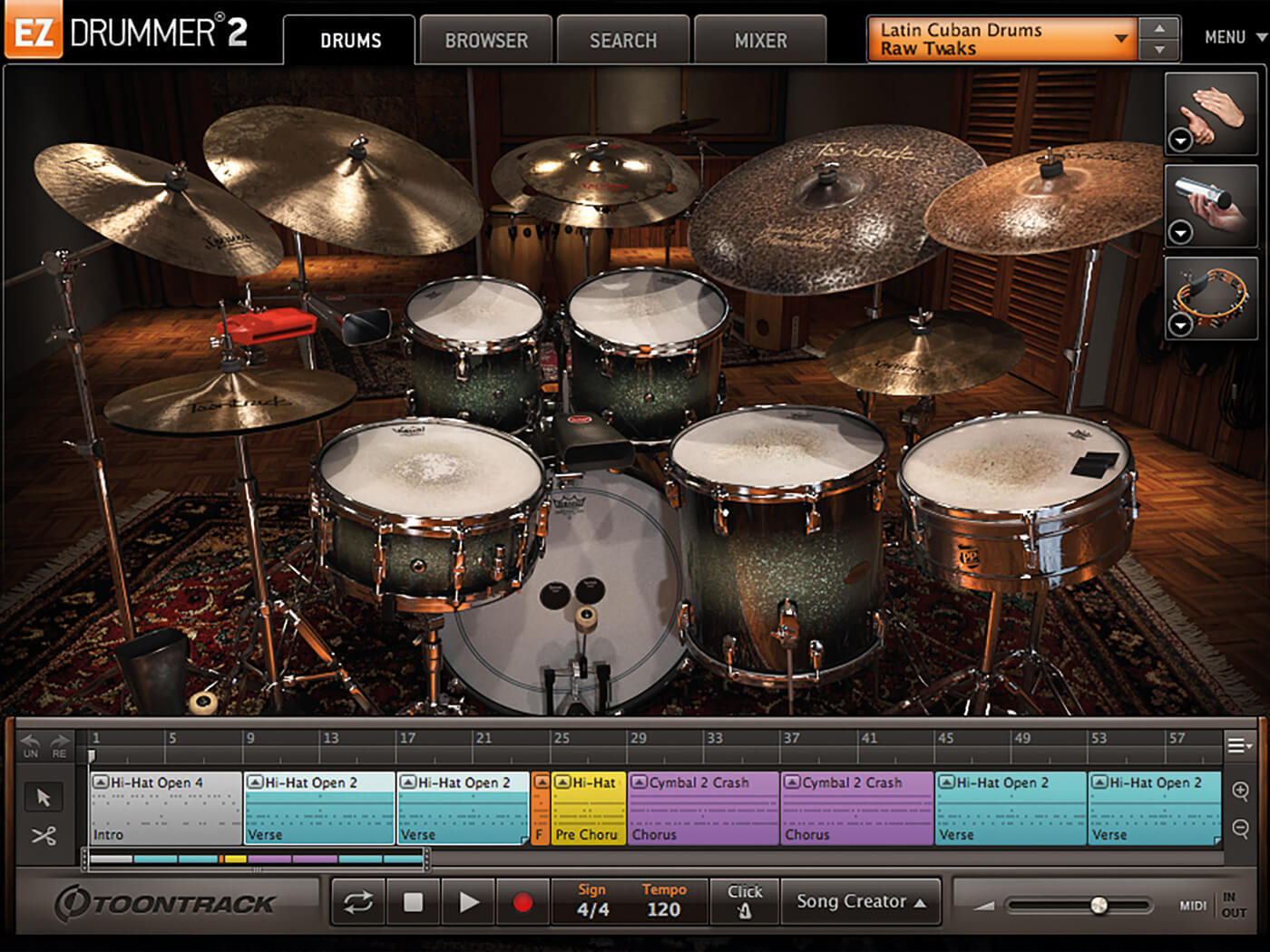 With its many unique genres and uniquely infectious feel, Latin music can be tough to recreate in the studio. From a production perspective, even seasoned professional percussionists and drummers can struggle to capture the essence of Latin grooves. Thankfully, Toontrack doesn’t.

The Swedish team’s latest EZDrummer expansion packs make light work of such subtleties, letting you master Latin rhythms from the comfort of your DAW.

Toontrack’s entry level EZDrummer features superb-sounding drums in a plug-in and standalone format, accompanied by MIDI-based grooves that extend from basic pop styles to virtuosic performances. However, it’s the ability to expand EZDrummer’s sonic characteristics and MIDI performance capabilities via the EZX expansion packs that is the concept’s greatest strength. There’s no shortage of choice with these packs, each of which covers different idioms of global contemporary music. Moreover, these expansion packs may also be used with the more advanced Superior Drummer package.

Some of the EZX packs move away from the more conventional kit-based form, which is also the case for the Latin Cuban Percussion package. Boasting 17 flavours of hand-percussion instrument, this Cuban complement contains all the classic instruments you’re likely to find in Latin music.

Many of these elements are typically played simultaneously in band scenarios but there are degrees of isolation here that allow instruments and grooves to be used away from their Latin American origins. Take the congas, for example. In a three-conga formation with the ability to switch between three models of conga, the included MIDI content allows you to specify between single, two and three-note conga patterns. Latin American music typically features busy rhythmic patterns but these packages feature enough variety that it’s not difficult to find suitable grooves that allow for easy editing. In line with other Toontrack libraries, it’s possible to build entire songs within EZDrummer but, for the ultimate in editing ease, we favour the drag-and-drop approach, with MIDI editing at the DAW level.

The sampled instrumental elements are pretty dry, with the onboard mixer providing instrument level control for each. Two ambient signals provide basic room reverberation but with a fairly tight room decay that suits the instrumentation.

While the congas sound deep and rich, the bongos are crisp and colourful, and the cajón provides low thumps and high-end slaps. Where the percussion construct breaks rank slightly is with the timbale. The drum instrument is typically played in an incredibly stylised manner that makes use of its sides and rims, as well as an accompanying cowbell or clave. In this regard, Toontrack do not disappoint, which can make for some truly Latin-packed performances. But this does mean that separating these instruments requires some MIDI-based surgery, which may make them less useable as a result. They are highly authentic, sure, but may not be applicable to many settings outside of the Latin realm.

The strong line-up of shakers extends from small egg shakers to large shekere, maracas and full-bodied models. There’s plenty of sonic colour here, with a strong supporting cast from cabasas, triangles, wood blocks and some of the finest-sounding cowbells we’ve heard in library format. The ability to mix and match the percussion palette allows for complete production control, while the quality of the content extends from the absolute basics to incredibly elaborate feels and grooves. 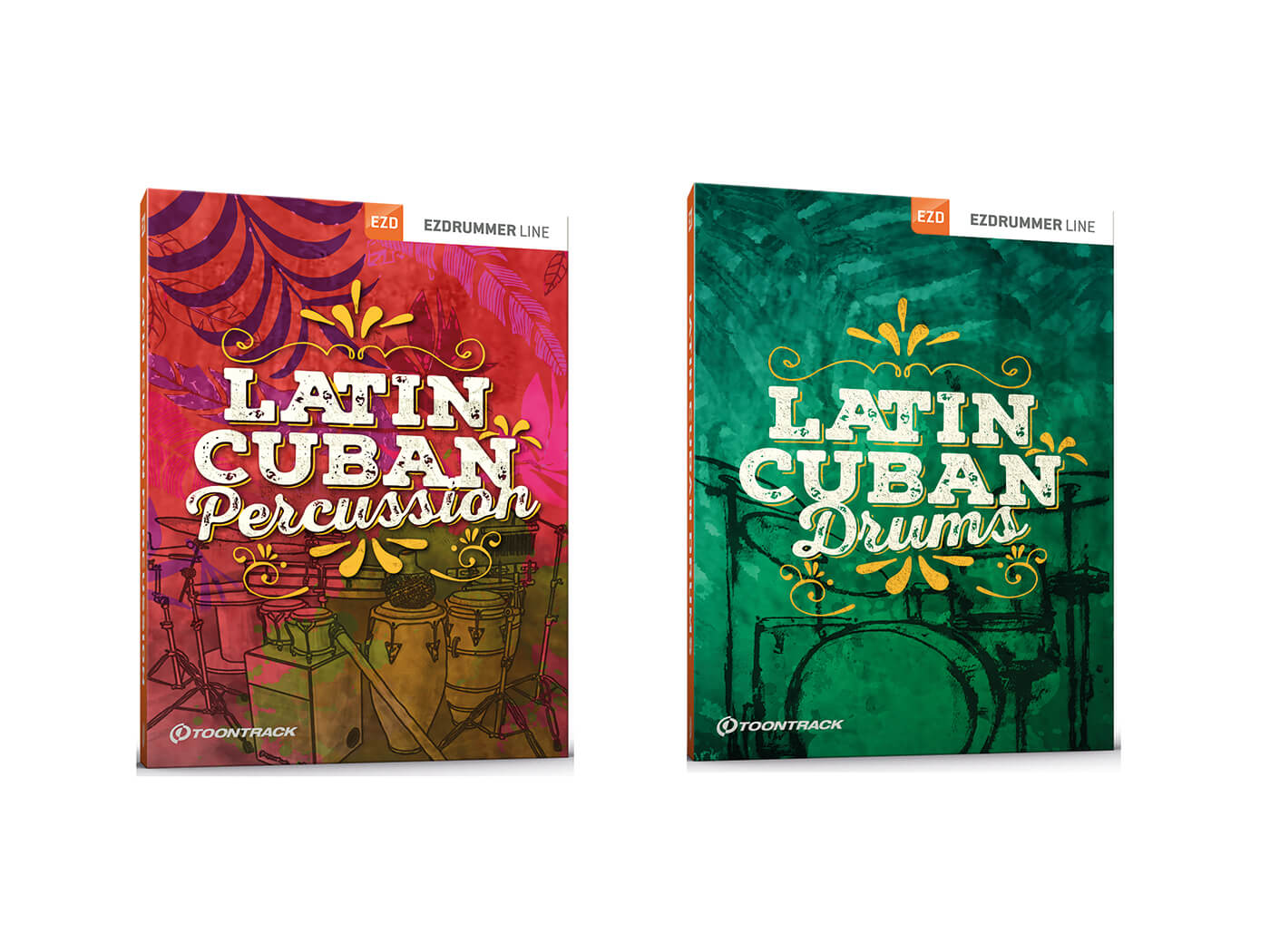 The second of these EZX packs moves towards more conventional drum kits but is still loaded with Latin flavour. There are two kits here: there’s the Latin Kit, based around a Pearl Reference kit; and the Cuban Kit, centred around a Pearl Master Custom kit. Both are presented with two rides and crashes, plus cowbells and another timbale.

Sample capture was undertaken in the same location as the percussion pack, so the two packs play incredibly nicely together. Like the percussion package, two ambient signals have been captured, which can offer colour but also be withdrawn from the signal in favour of additional DAW-based processing.

The kits sound punchy and tight, with elements of resonance and reverberation just where you’d like them. The Reference Kick sample offers a small decay on the backend, which sounds wonderfully realistic. It feels like you’re in the room with the kick drum. The Custom models are larger and richer in source tone. The snares offer even more diversity of colour, from the sharp and snappy Reference snare to the resonant Master snare.

The all-important ride cymbals are sublime in this setting too, with a richness from the moment you hear the stick striking the alloy to the slight undulation in the sustain. The crash cymbals somehow feel less potent here but, thanks to the ability to swap instruments out, it’s possible to make up for any shortfalls by employing another Toontrack cymbal. 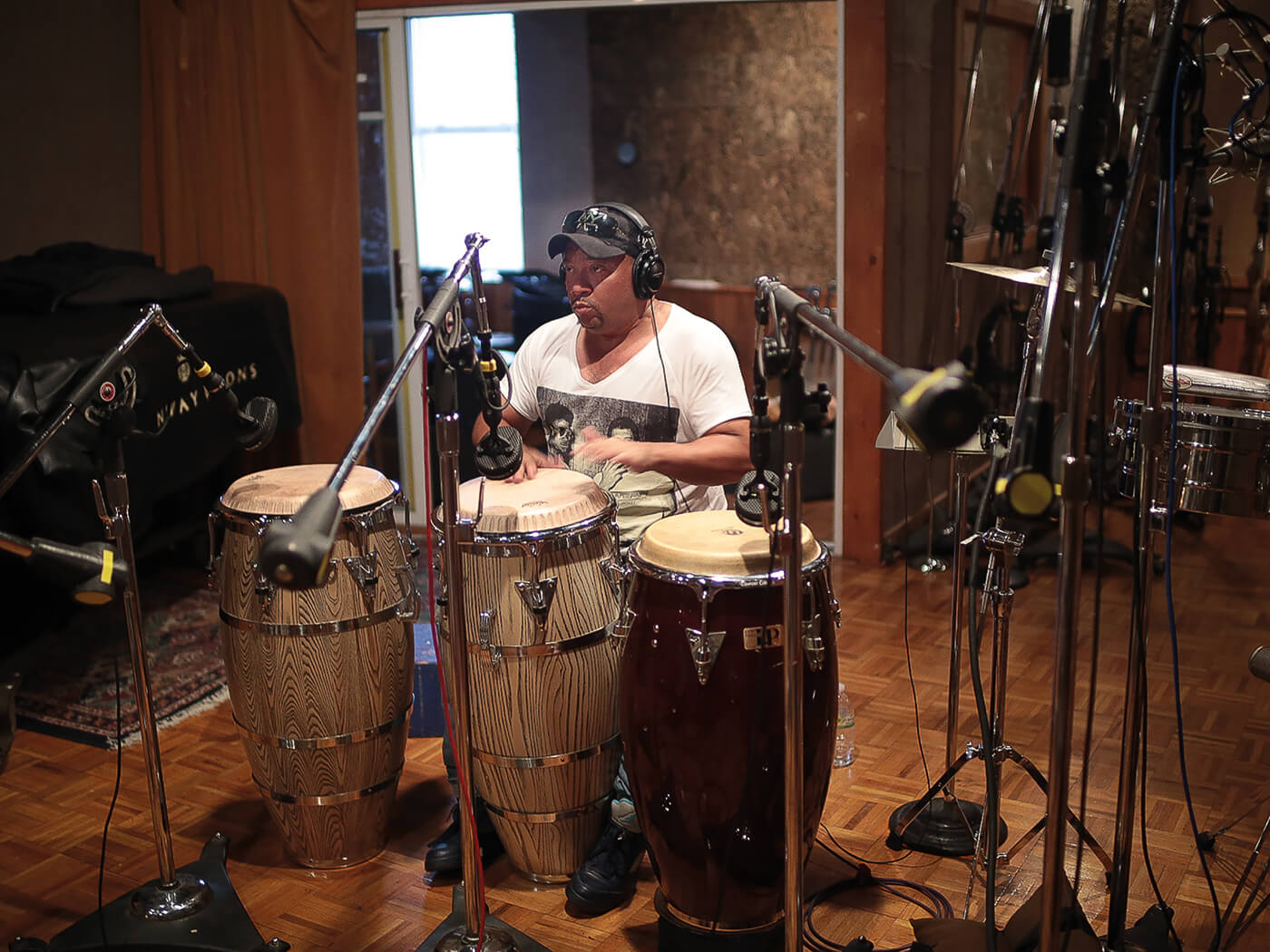 Both these packages are convincing in their respective areas but we must take a moment to mention the groove factor. Latin music is complex. The groove plays a vital role in the way each percussive element is portrayed, and while the Toontrack workflow allows you to mix and match grooves from other EZDrummer libraries, special praise must go to expert percussionists Richie Flores and Robby Ameen, who provide the grooves. Toontrack has helpfully placed these elements into specific groove categories. The musical complexity can make it difficult to nail exactly where a given groove might sit within a bar onscreen, so this is hugely handy when it comes to navigation.

The coherence across both libraries is excellent, in part thanks to the fine work of producer Dave Kowalski at New York’s Sear Sounds studio. Both packages perform outstandingly in isolation but using them together creates a formidable pairing. Should you want a dash of Latin flavour or the full-on Cuban percussion experience, Toontrack has you covered. 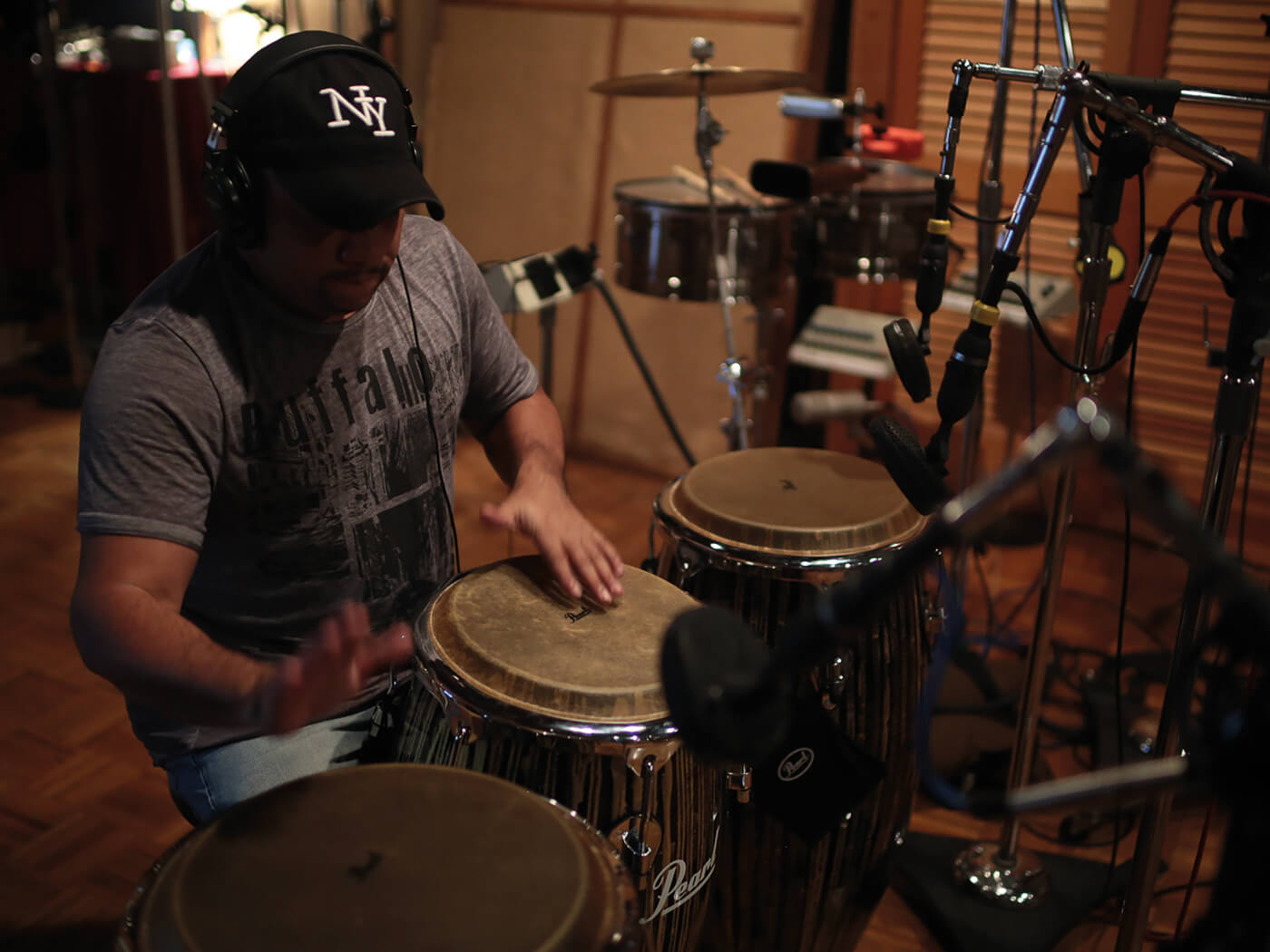 Latin music has long been exploited in commercial music. Its rhythms are a shortcut to subtle sophistication, and have cropped up in pure pop to dance classics. Within this commercial context, the inclusion of percussive elements, as opposed to complete drum kits, is usually enough to pacify hotshot producers’ lust for Latin seasoning. Many ‘authentic’ Latin percussive elements are simply appropriated and placed alongside more traditional western rhythmic constructs.

These drum packs, however, are able to provide top-to-bottom Latin and Cuban percussive backbones, particularly when paired with the percussion expansion pack. They’re authentic and classy but very stylised, so may not be suitable for more mainstream usage, at least without other percussive elements to shore up the arrangement. However, the drum samples themselves could be considered mainstream, offering usage with other MIDI templates from within Toontrack’s ecosphere. 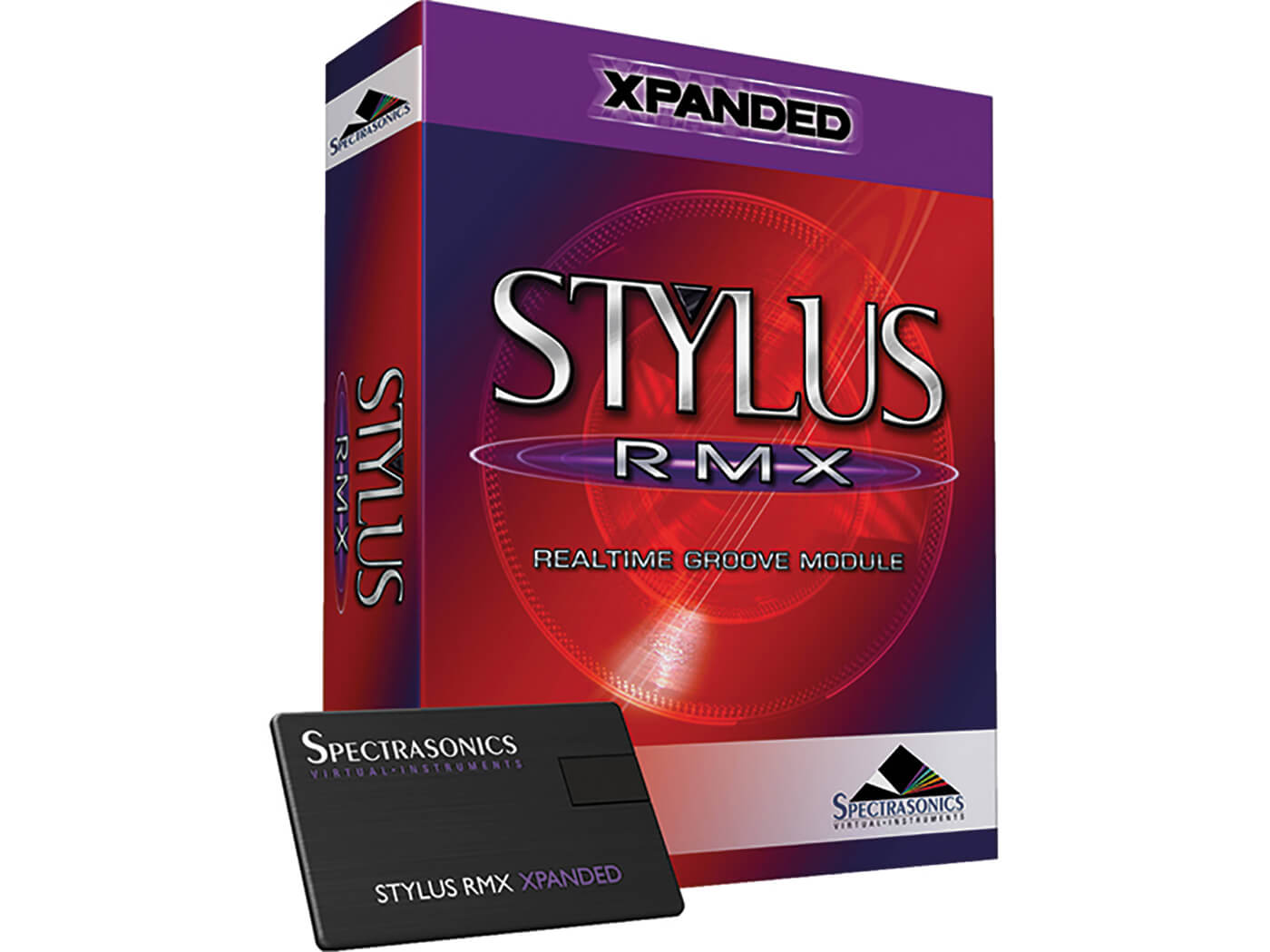 Still something of a classic, RMX features an enormous collection of loops and hits but doesn’t have authentic Latin MIDI content. It is, however, armed Latin percussion instruments, and remains a desirable package. 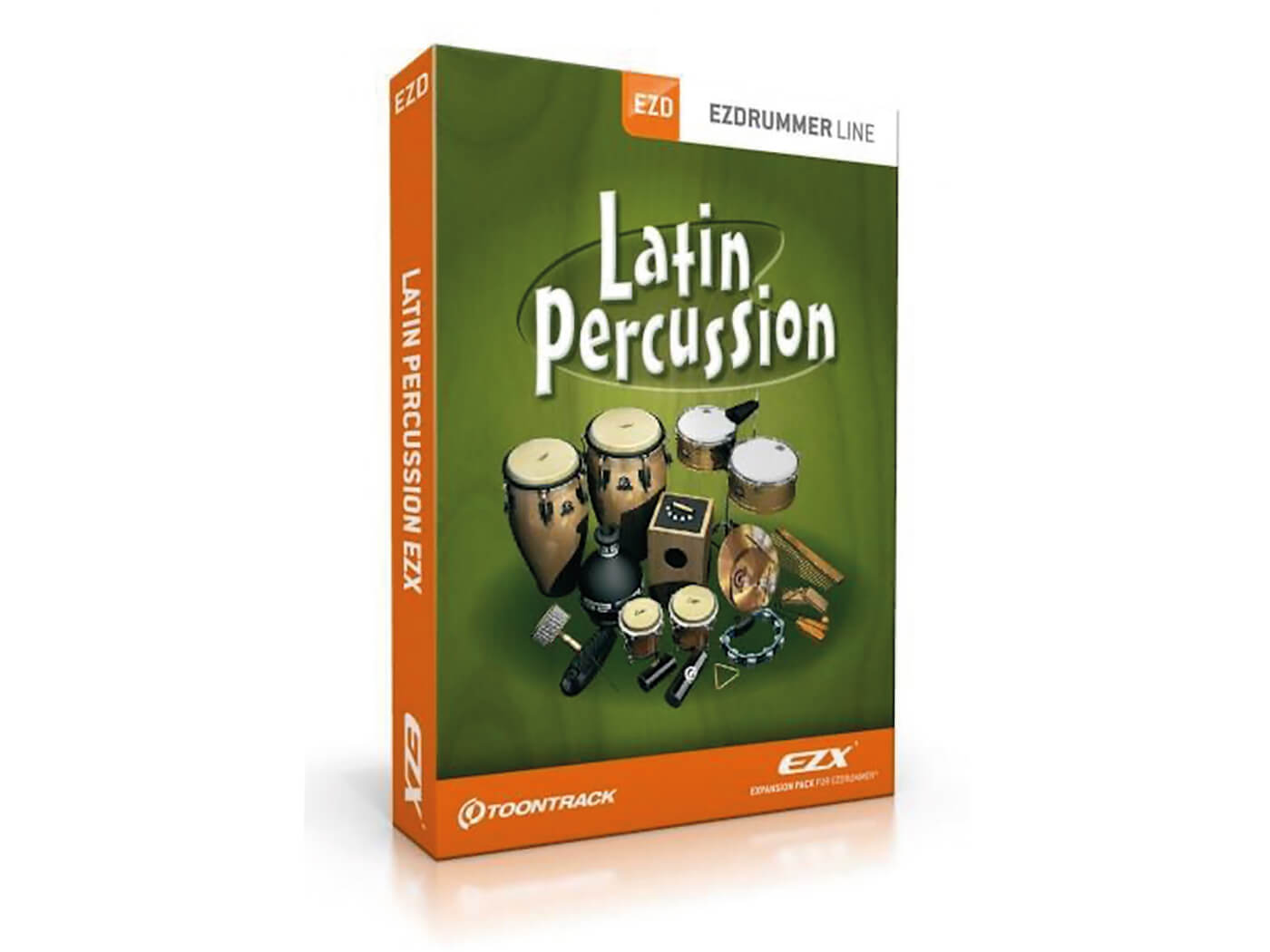 Another of the Toontrack EZX packs, Latin Percussion provides a healthy cross-section of hand-percussion instruments that will complement other groove elements or work well in standalone settings.