Here’s one for you: which instrument contains a harp, a harmonium and a glockenspiel but is played with a bow? The answer is far from a joke. It’s more of an inspiration. 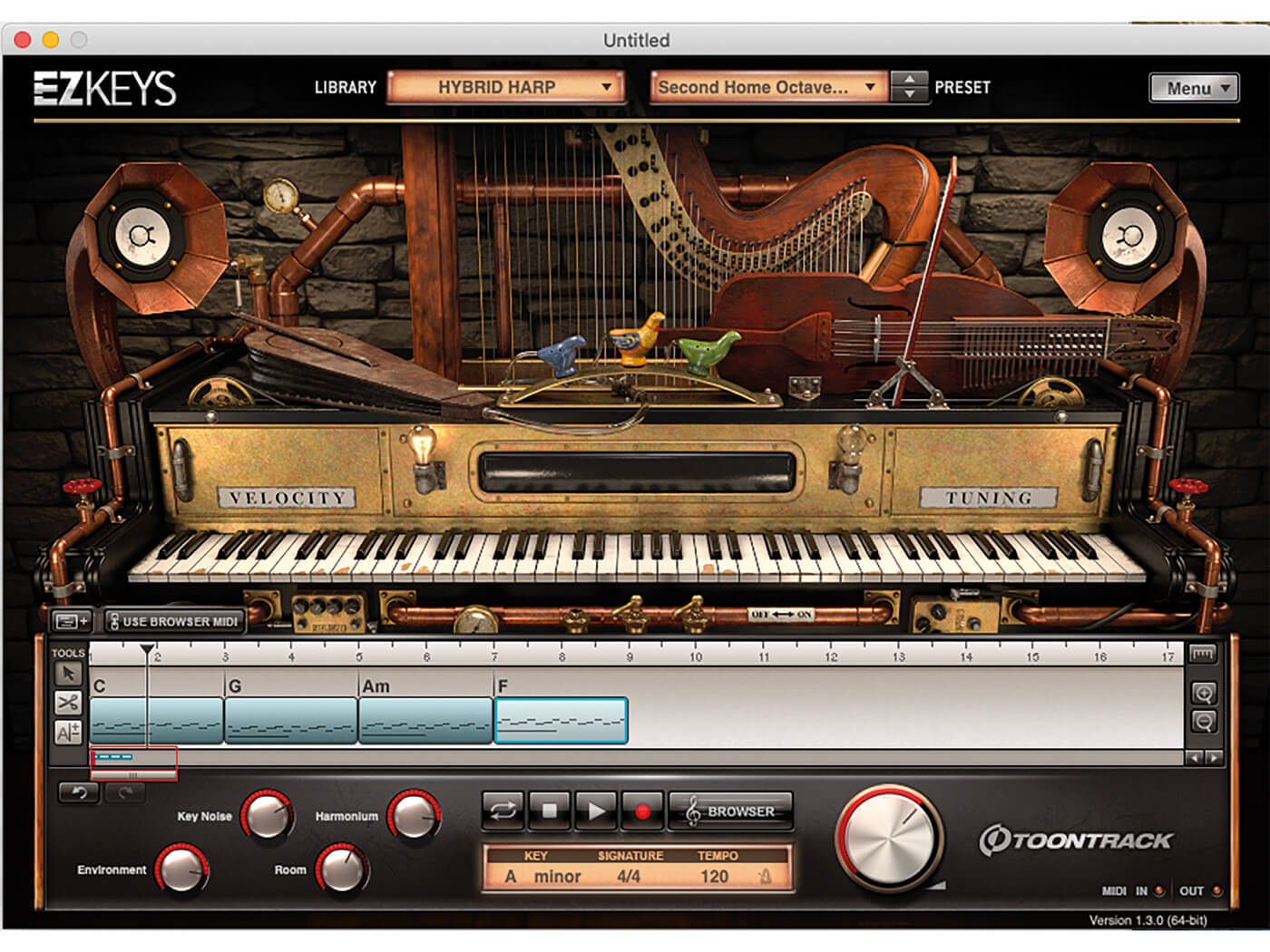 It’s been difficult to ignore the incredibly industrious folk at Toontrack recently. Not content with the superb Superior Drummer 3, the Swedish company has of late unveiled a bountiful supply of drum expansions, recorded from legendary facilities such as Hansa in Berlin. More recently, bass has been the place, with EZBass scoring maximum points in our 10/10 review. Having turned its attention back to the EZKeys line, Toontrack has now offered up a fascinating amalgamation of sounds in this unique hybrid instrument. Top marks again, surely not?

EZKeys is designed to provide top-tier key sounds that can played as conventional sound sources or via the onboard MIDI templates, helpful for anyone with limited keyboard skills or those looking for a little inspiration. There are five instrument sources in this package, though strictly speaking only one of those is a keyboard instrument. This is Toontrack we’re talking about though, so you’re in safe hands.

The first instrument to get the sample treatment here is the harp. Pedal harps typically have 40 to 47 strings, plucked and strummed by the player to create subtle tones, delivered via sweeping chordal notes in an arpeggio style. You’ll know the term ‘arpeggio’ from the world of synthesisers but the Italian term actually means ‘in the style of a harp’. It’s something us synthesists have borrowed and turned inside out.

As the branding implies, the harp forms the backbone of this suite. The first patch to load upon startup is Harp Space, a simple but effective harp sample layered with beautiful ambient reverb and a hint of delay. At the bottom left of the EZKeys window sit settings relating to sampling and effects. One of these is the Harp Harmonics control, which adds a shimmering sonic dimension consisting of upper-frequency colours, alongside some lower-pitched thuds. Even at this level, it’s utterly beguiling.

The next in the pack is the harmonium, which is represented by two instrumental samples. The harmonium is the one instrument in this suite that’s keyboard based, and it’s incredibly playable here. In its physical form, however, you’d need to pump air through its reeds using pedals to create its spiritual sound, which is often associated with small churches. Don’t be fooled into thinking this part of the suite is exclusively for the ecclesiastic though. The harmonium has been used to fabulous effect by artists as diverse as Lindstrøm and Kate Bush.

The third instrument in this pack is the nyckelharpa, often referred to as the keyed fiddle. It’s a Swedish string instrument that’s a little like a cross between a conventional violin and an accordion. The fourth instrumental sample is made up of three ocarinas, small clay vessels that sound like flutes. The fifth and final instrument to get the Toontrack treatment is the glockenspiel. Rather than hitting the glock in a conventional manner though, each of the metal bars here has been bowed to produce a pure and more ethereal tone, replete with eerie sustain. 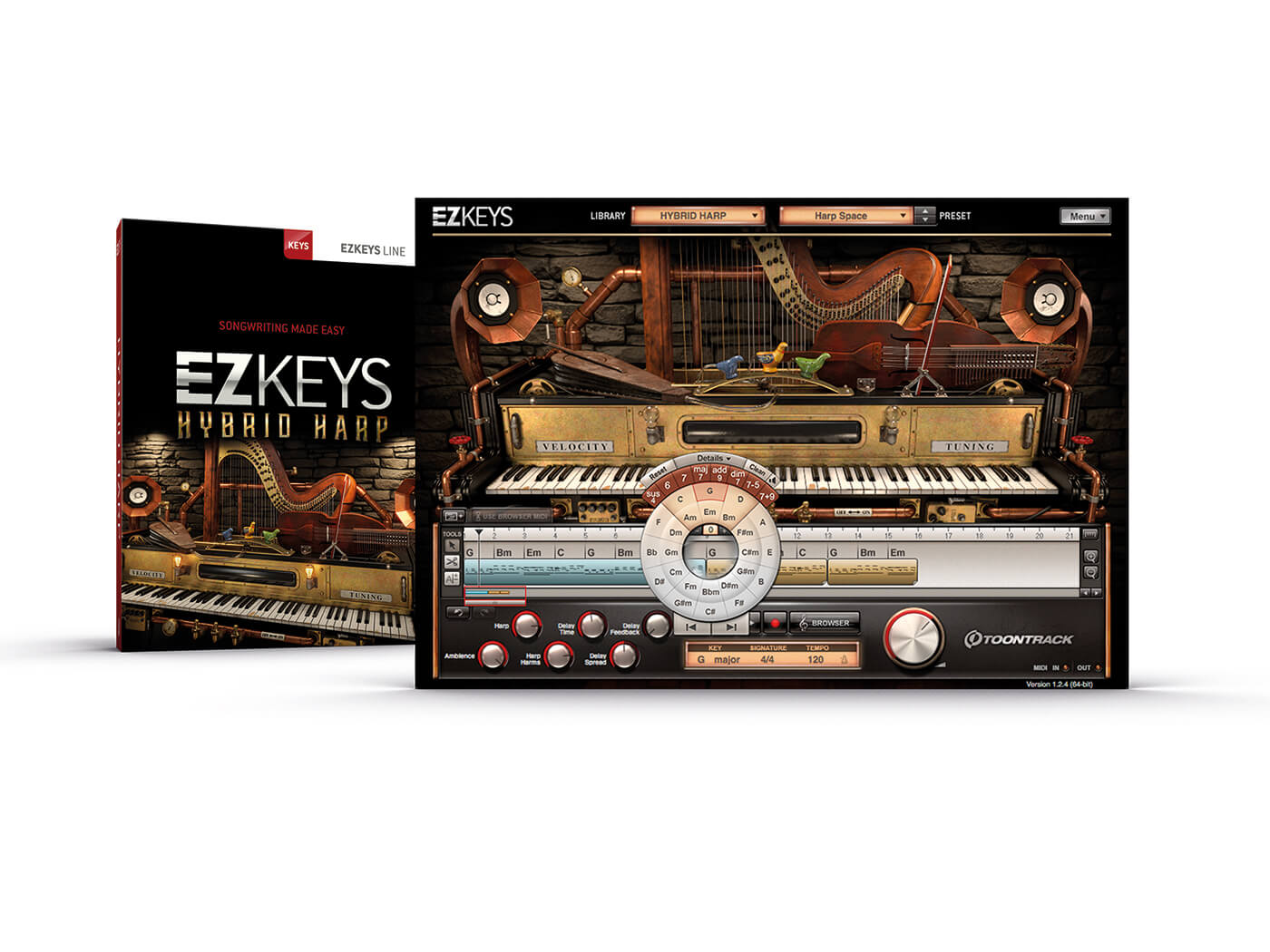 The sum of its parts

Each of these instruments is presented in a format that Toontrack describes as ‘raw tweaks’, leaving them open to extensive user processing, depending on your stylistic settings. Things get more interesting with the categorised curated presets, which have been lovingly crafted at all levels. This is all part of the master plan of Toontrack’s head of sound design Mattias Eklund. Let’s be honest, this suite features such an abstract set of instrumental colours that many might question its validity. But even if all you use is the Hybrid Harp, you should be pleased.

The first category of curated patches is described as Atmospheric. There’s a huge mix of colour on display here, both in terms of the difference between patches and the ability to play several instruments simultaneously. The Melancholy Pads patch stands out thanks to its abundant harp, harmonium, bowed glock and ocarina sounds. As a pad, it’s beautiful but it also packs immediacy in all instrumental departments from the moment you play a note. Here, we’re beginning to get a sense of how important this suite’s ability to control various instrument levels with MIDI controllers really is. The bowed glock sounds brittle and metallic against the ocarina, which allows movement and interest to infiltrate even the most sedentary of chordal progressions. With the opportunity to control applied effects in a similar MIDI-based manner, delay and ambience can quickly become part of an instrument’s landscape. It’s mesmerising.

The next two categories represent chalk and cheese: organic and distorted presets. Unsurprisingly, the distorted colours can sound a little guitar like, while the organic patches are more reverential. The final set of patches are labelled percussive. These are perfect for building up rhythmic patterns, though there’s a limited amount of velocity zoning here, which could mean less musical results.

The future is hybrid

This is an inspiring package from top to bottom. Its attractive GUI helps, as do a handful of nice practical additions, such as the Sostenuto function. With this, players can play notes and activate the Sostenuto (normally a third foot pedal, as found on a grand piano) to sustain them. This is ideal for setting up harmonium drones and letting melodies fly over the top without sustain. Add in the usual Toontrack MIDI note and chord templates and you have brilliant suite capable of angelic and demonic sounds.

We can certainly see why Toontrack has brought the Hybrid Harp suite into its EZKeys hall of fame. But the Swedish team is almost underselling it. This package has plenty to offer those who require new and interesting sounds, either via the inspiring presets or as an exploratory starting point to musical or sonic sculpting. It all feels organic but can always cough up über-electronic sounds if treated. There’s a broad palette here for producers and composers alike. 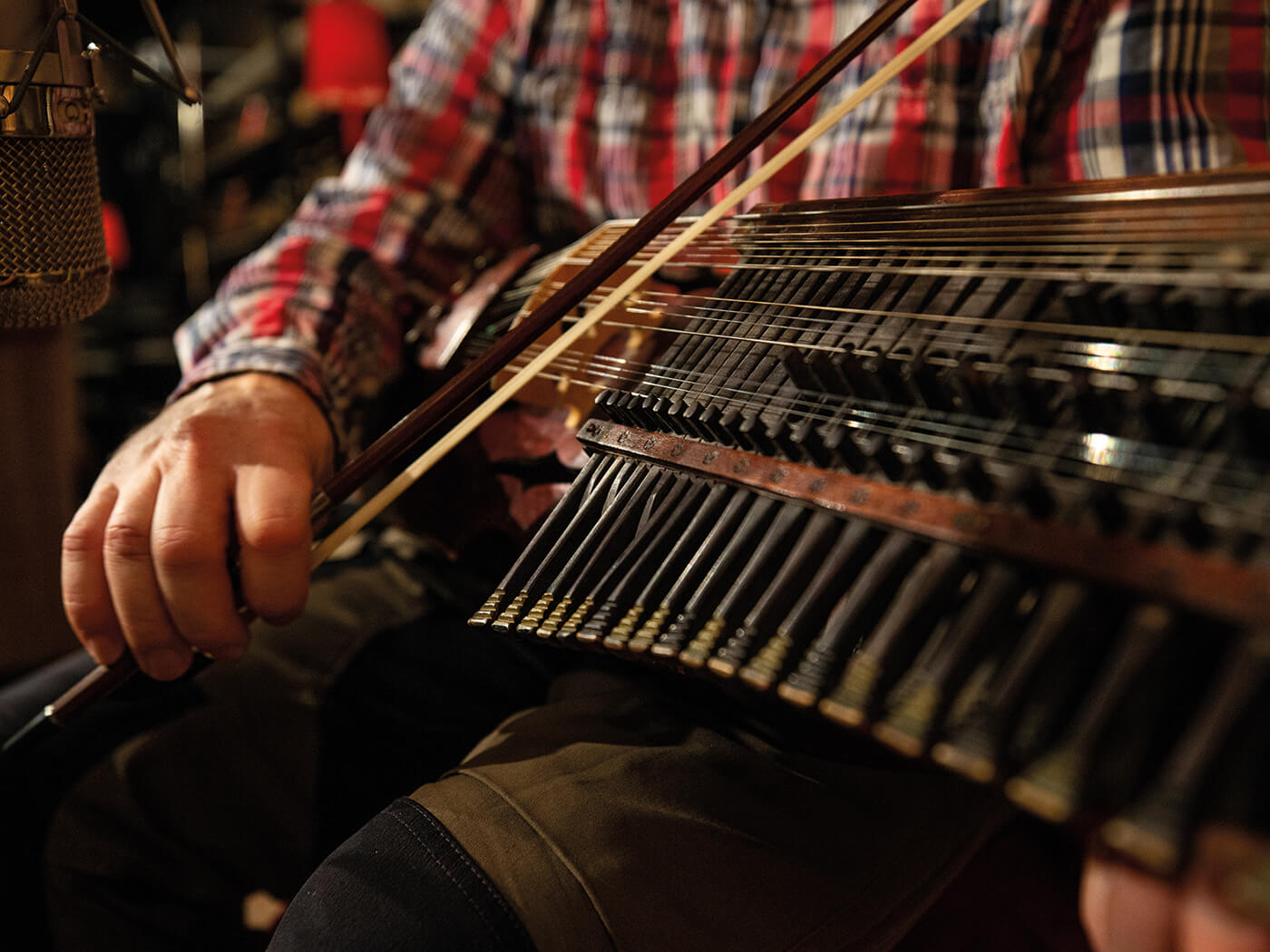 This package operates brilliantly as a suite of fascinating samples, and tests listeners with the blurred lines between its organic and electronic sources. It’s likely to prove a handy stand-by for musical and sonic experimentation. Toontrack’s exceptional EZKeys construct helps. Given the package’s raison d’être, it’s easy to overlook this, as it feels apart from the more usual EZKeys packs.

The reality though, is that it works terrifically well in this guise too. You can use this suite to quickly place original and polished-sounding instruments in your track with help from the Toontrack chord selector. This can then easily be exported to your DAW or played within the plug-in, whichever is more useful for your production. Either way, the Hybrid Harp suite is an engaging product replete with unusual but beguiling sounds.

About as comprehensive as harp packages get, Cineharps features a library of conventional samples recorded at the MGM Soundstage in various playing and articulation styles. The numerous effects elements provide a fantastic resource for media composers.

A sensational resource for harmonium samples, with a whopping 1.1GB of reed-based content, this suite is packed with harmonic overtones and colour, and a superb starting point for further processing.