In what might be considered the final chapter for Spitfire’s latest product line, the last orchestral section to get an AIRing are the woodwinds. Let’s see what all the chirping is about… 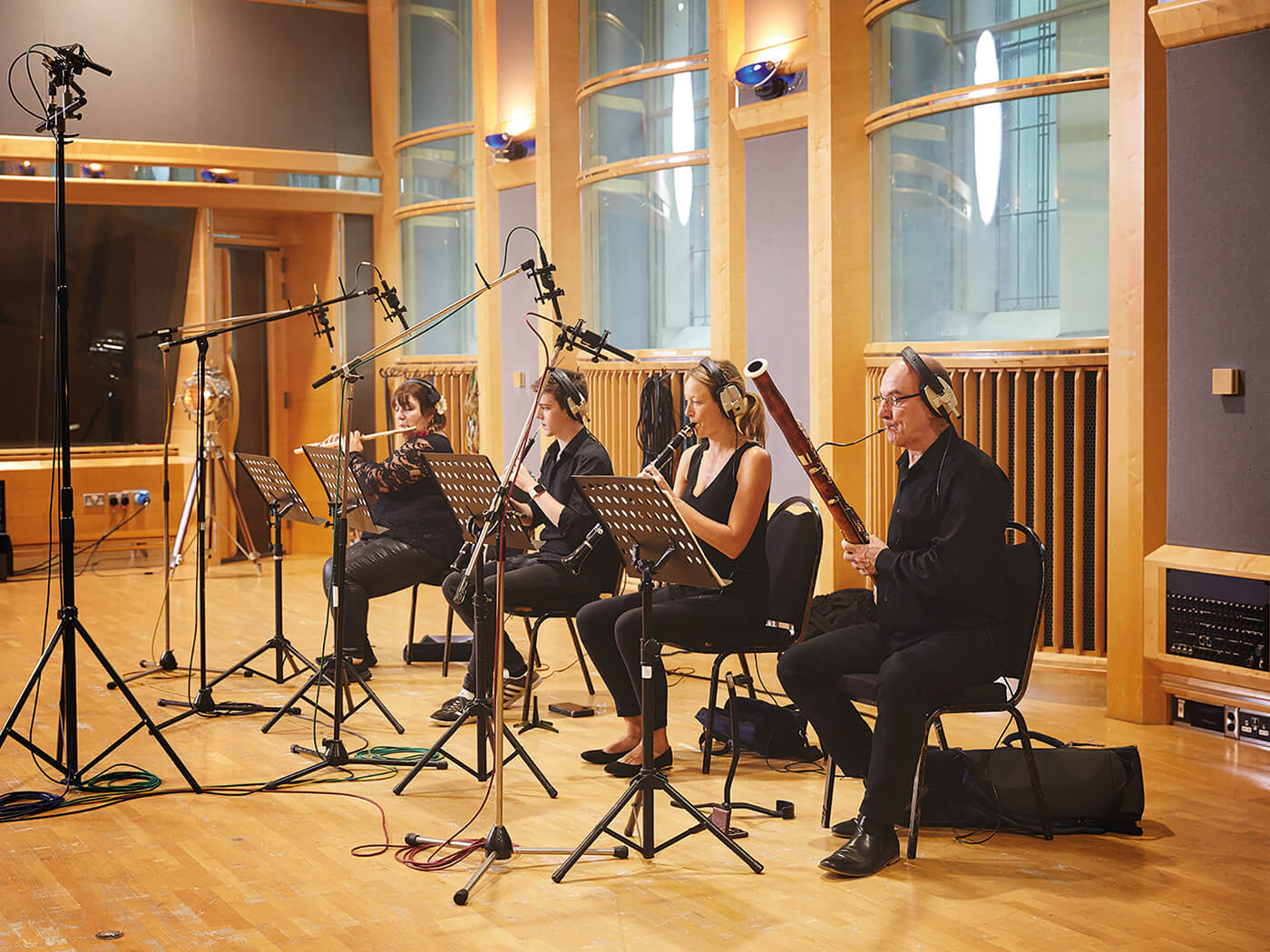 Since the release of the famed Symphonic Series from Spitfire Audio, many users have requested something very similar, but in a drier acoustic. The creatives at Spitfire have responded by producing the Studio Series, recorded in the acoustic of AIR Studio One, while still offering the excitement of a fairly bright room, in contrast to some of the soundstage packages which can be found elsewhere. We’ve already seen, and been impressed by, the Strings and Brass incarnation of this product line, and now it’s time for the Woodwinds to enjoy their moment of glory.

Like the other available Studio series packages, there are two levels of entry; the regular and more basic version, and the Professional package. The more basic of the two packages is streamlined down to around 10GB of sample capacity, offering all of the main instruments at about half the price of the Pro version. What’s not included are the expansion elements, such as a greater choice and control of microphone positions, and the ancillary instruments such as cor anglais and contrabassoon, but even so, if you’re on a budget, you’ll not exactly be found lacking. You’ll still get the Decca Tree-captured recordings, and you even get bass clarinet and piccolo flute, alongside the more regular main woodwind instruments.

For the purposes of this review, we’re looking at the full Professional version, which includes some film-scoring favourites, such as alto and bass flute, and contrabass clarinet. In line with other Spitfire products, there is plenty of performance control, with dynamics and vibrato forming the central elements, and CC11 (Expression) available alongside. Throughout the library, there are some excellently assembled stereo mixes, which have been lovingly crafted by Simon Rhodes, but delving into the nuts and bolts of each instrument, there is considerable control of individual microphone level, with a full range available. These include two close mics, two tree mic sets, ambient and outrigger mic’ing patterns. 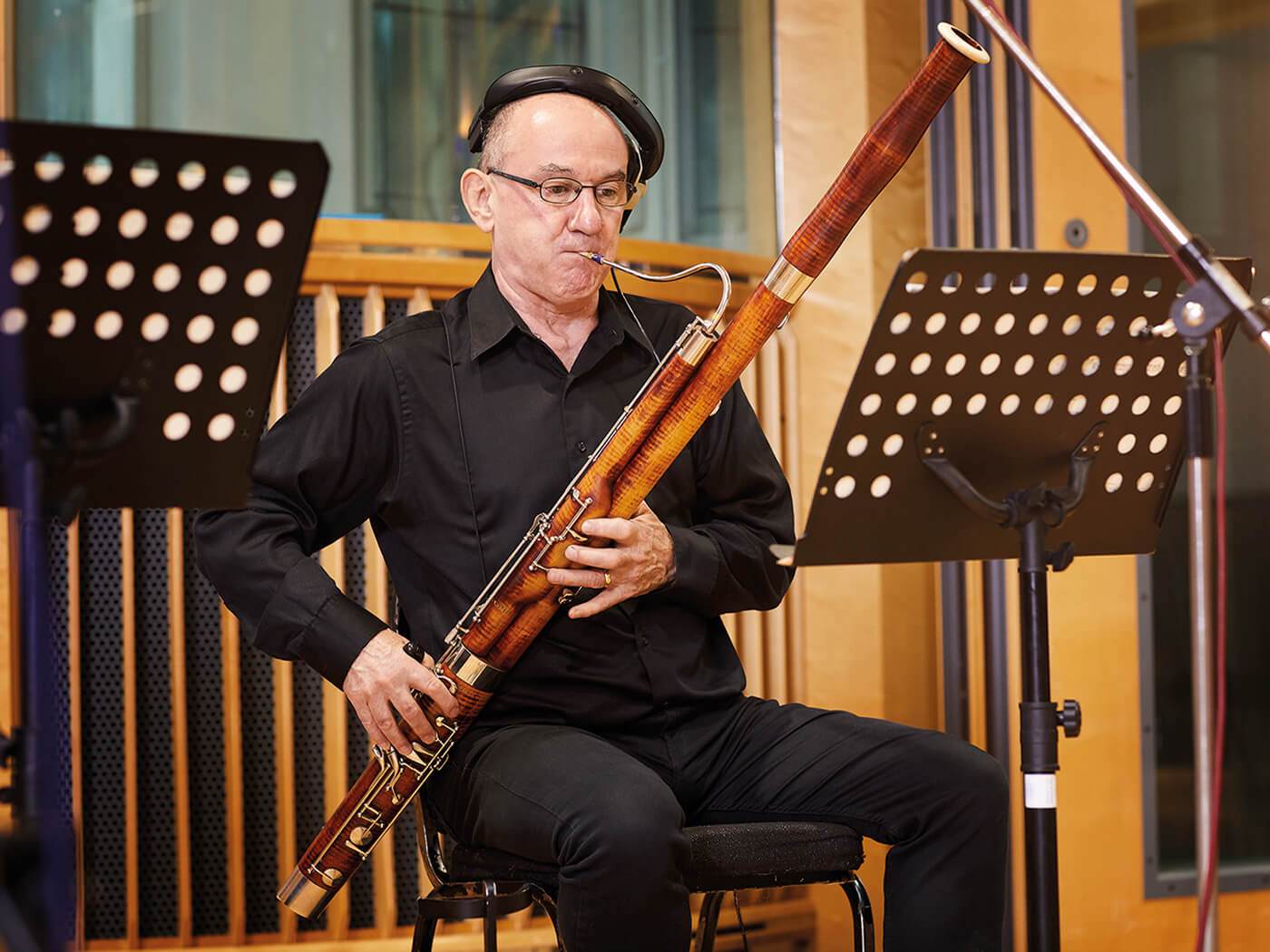 Starting at the top, the flute section is particularly well catered, thanks to representations from piccolo, flute, alto and bass flute, all of which are open to solo form, while the main flute instrument has also been recorded in an a.3 incarnation. The piccolo and flute are bright, responsive and agile, even in legato form; there might be a need to adjust the timing element in performance. I place the piccolo right at the top of a classic Stravinsky-styled orchestral crash and find that even in the context of a fast run, it sounds highly believable, albeit with a degree of nudging for the purpose of timing. Nothing unusual about that, as we are dealing with organic source material, after all.

I start to become aware of some resonances being picked up from the ambience in the room. AIR Studio One is not completely dry, and does have a degree of reflection from its wood and glass structure, with these reflections being fairly present, if that’s what you want. My preference, upon exploring the available upper palette of sounds, is now to work with more of a close-mic setting, with a hint of Decca Tree. This largely removes anything unwanted in my particular instance, while only loading two of the six mic-sample sets, and sounding pretty classy with it.

Working through to the alto and bass flute samples, I’m overcome with a desire to play any film theme I can think of which exploited these sounds. Both categories are incredibly believable, with particular presence at the top of the dynamic range, where you can hear the players’ breath creeping in regularly. Wonderful!

The oboe and cor anglais offer a similar charm, but unlike the flute, I’m aware of a little sluggishness in articulation within the legato and sustained patches. In this case, moving to a more ambient mic does seem to yield better performance results, with no such issues found in the shorter articulations, while the a.3 oboe section performs even better still, presumably thanks to a blurring of movement in sound when playing legato – it sounds pretty forceful while at the top of the dynamic range. The cor anglais also seems to lack the same degree of vibrato, found elsewhere in the library.

The clarinet family is another success story, with a beautiful immediacy across the board, except for the predictable lower register of the contrabass clarinet, which you can clearly hear being wrestled; it’s a beast of an instrument and just not designed for agility in the depths of its register, but it sounds sublime in colourful context.

The bassoons and contra bassoons also feel a little sluggish and swell-like in legato mode, but still offer plenty of sonority, while backing off to a more ambient mic position helps, with the a.3 version improving this further still. Lest we forget, all of the instruments are open to varying forms of more regular and decorative patching, meaning that you’ll find an abundance of short and long articulation, coupled with falls, rips and some really lovely FX, such as pads being slapped, to create a hollow thud-like noise.

The more I work with this library, the more I discover in terms of a real collection of golden and usable samples. Legato articulation with woodwind is always a difficult one to pull off, as it is so dependent on the attack at the front of each note: if I’m honest, the double reeds (oboe and bassoon) don’t feel quite as strong in legato form as the single reeds (flute and clarinet), but exploration of mic and dynamic setting magically improves these issues, when placed in the right context.

Despite this slight niggle, you have to look at Studio Woodwinds as a whole, and on that front it generally performs very well, with plenty of choice. It’s so useful to have all of the woodwind oddities available, particularly as instruments such as bass flute or contrabass clarinet have become more mainstream, within both media and jazz settings. 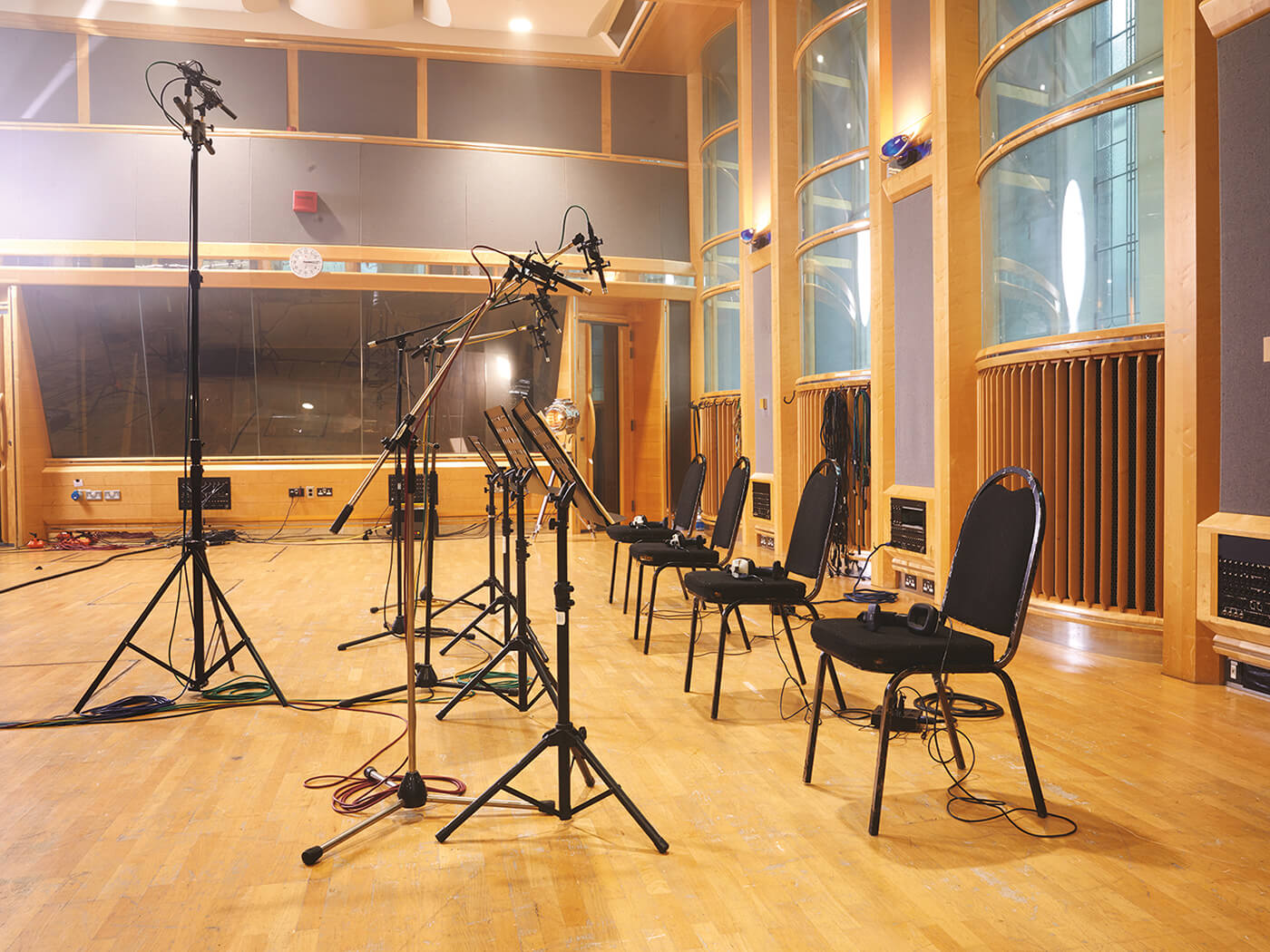 The timbral colour of the room will be divisive for many users, but thanks to the extensive mic settings that have been captured, you’ll be free to either use it or eliminate this at will. I feel that this could be the biggest indicator of whether you might choose the Professional version of this package over the more basic incarnation. For my money, I feel that the Pro version is worthy of the additional funds, as you’ll also get extended instrumentation alongside the extra mics.

This final chapter in the Studio Orchestra package completes the line-up, with even further discounts available, should you decide to buy the String and Brass sections alongside. Who wouldn’t want all that up-close-and-personal detail on their hard drive?

If you have a requirement for good woodwind sounds that are more detailed, thanks to proximity of mic’ing, Studio Woodwinds Professional will offer an awful lot. This expansive set of instrumentation, alongside a healthy set of articulations, includes all sorts of associated instruments which are not what might be regarded as common, making for a very comprehensive set which differs from many other commercially available libraries. 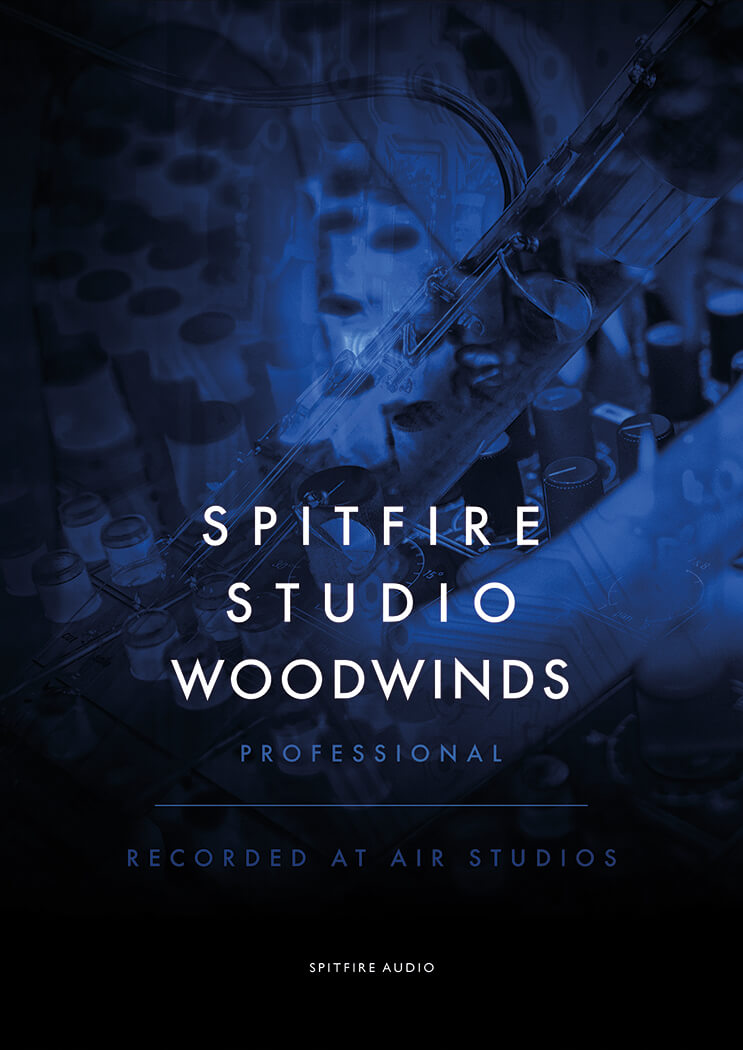 As with other libraries, you may have to work with certain sounds to get them to gel both musically and technically, but the trade-off in context will be hugely inspiring to use, while offering control in spades for the colour of the sound that you might like. AIR One is quite bright and could add some lovely natural reflection to your score, rather than reverting to a plug-in based room reverberation. Spitfire’s Ostinatum element is also included, should you require additional rhythmic assistance and is a useful, if somewhat undersung, inclusion. 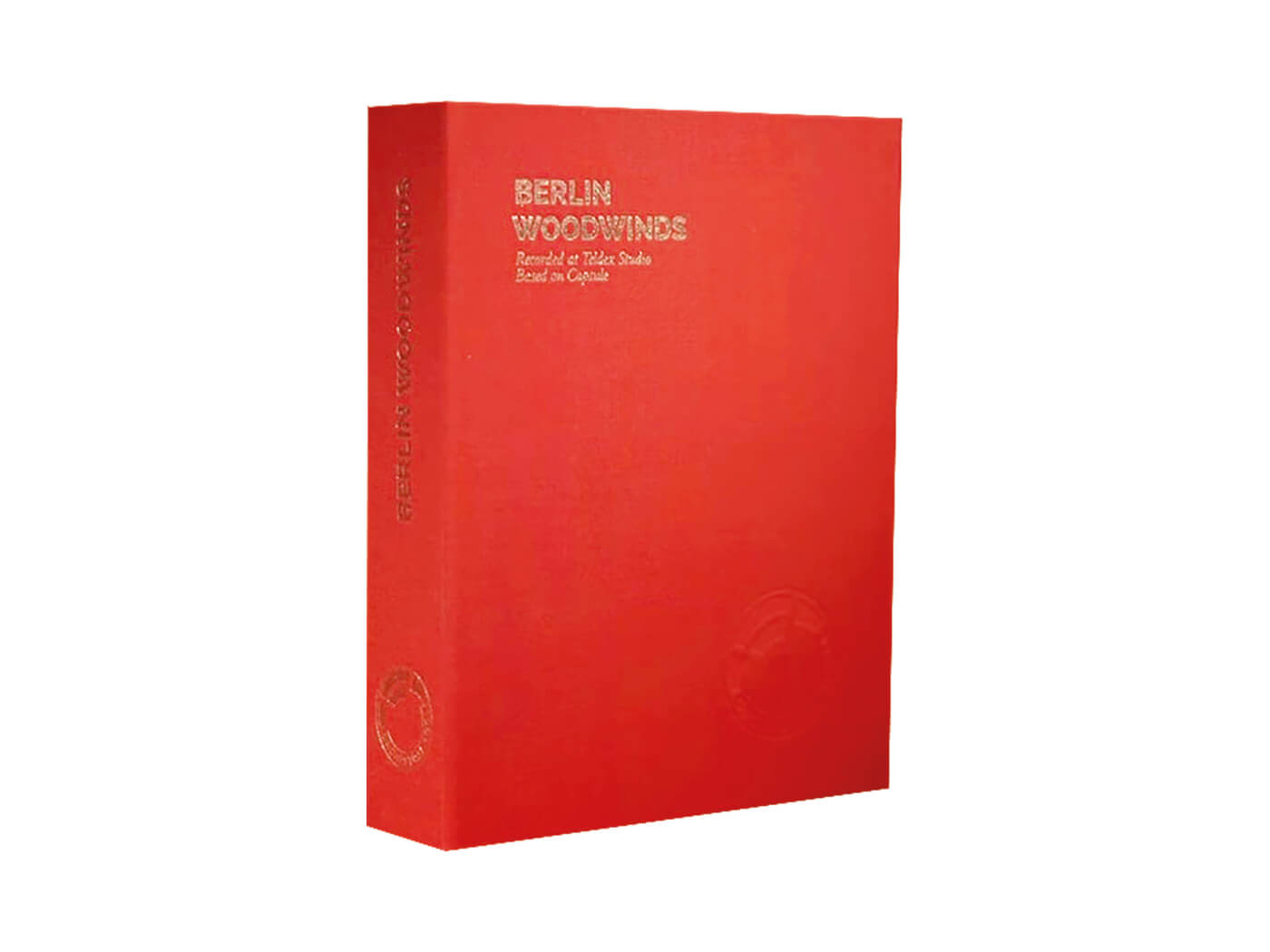 The Revive library is the main package of the Berlin Woodwind series, with additional elements available to buy, should you require extended articulations, etc. Despite the name, sample capture was carried out on the Teldex Scoring Stage, making it quite dry in acoustic. 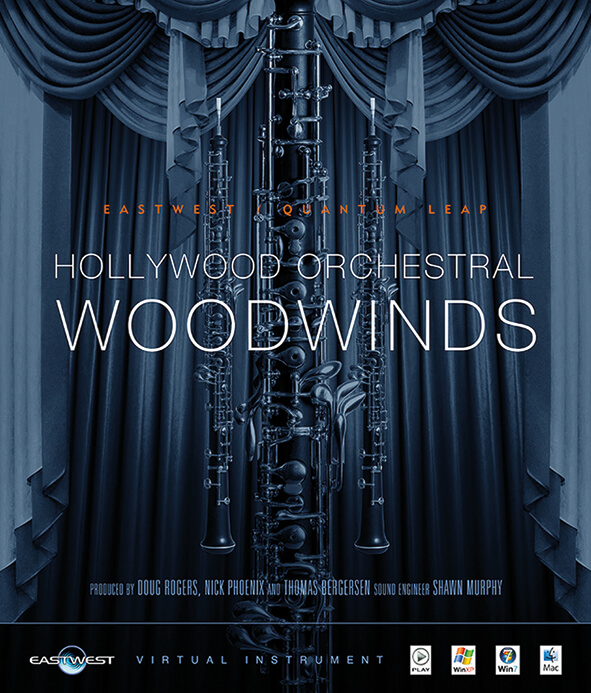 This is another package that aims to deliver woodwind samples in a drier acoustic. Being Hollywood-styled, EastWest’s signature sound can feel quite bright, but can equally work well in a mix. Available for purchase outright or as part of the ComposerCloud option, making it very tempting and affordable.