Hainbach makes music with the sound of obsolete circuitry, and now you can too. 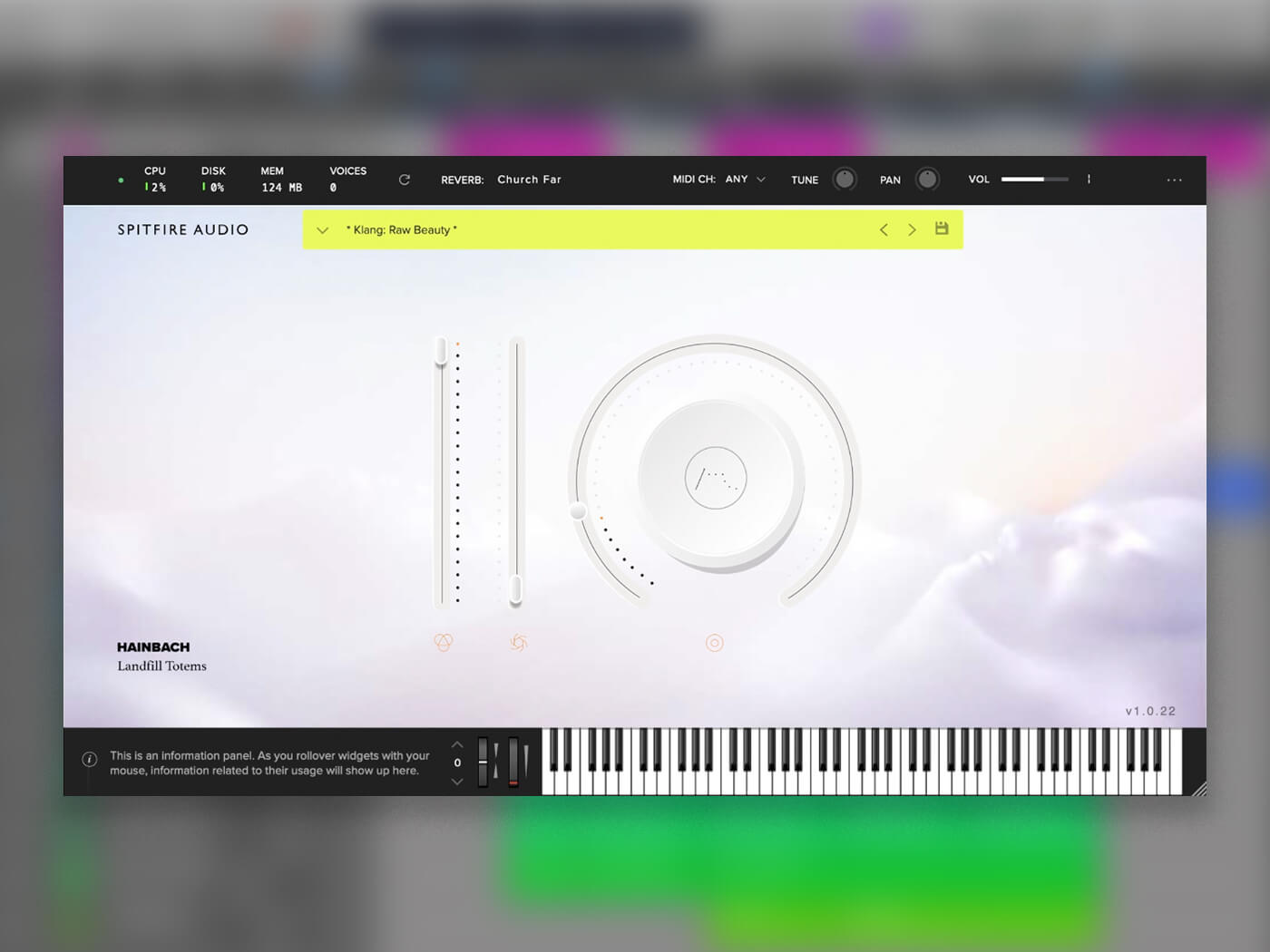 ⊖ A very distinctive aesthetic that won’t suit every project.

If you're looking to make your soundtrack or glitch-track stand out from the pack, then this collection of deliciously avant-garde samples will put the sounds of dystopia in your hands.

Stefan Goetsch, better known to the world as Hainbach, has been on a mission. The Berlin-based composer, performer and producer has carved out a niche searching for pieces of rare, obsolete testing equipment and repurposing them as one-of-a-kind musical instruments.

His continuing efforts to breathe new life into so-called ‘junk’ makes for fascinating viewing on his popular YouTube channel. The distinctive timbres he manages to pull from these slabs of Cold War-era tech have produced several albums, soundtracks and software plug-ins.

Now, Hainbach is collaborating with Spitfire Audio to release Landfill Totems: a library of 40 darkly enticing presets, simultaneously accompanied by an album of the same name released on Spitfire’s SA Recordings label.

This backstory lies at the heart of what makes Landfill Totems unusual as a sample library. Not only are the sounds produced using an eclectic mix of non-musical gadgets, but Spitfire has primarily chosen to capture these mechanical Frankenstein’s as they have been experienced in performance and exhibition: as a sum of all parts.

Pressing a note may produce a resonant, humanistic howl, the frenetic clicks and thuds of failing machinery, or complex, evolving textures – some of which border on mini compositions. Many of the samples don’t feel particularly ‘playable’ in a pianistic sense. They instead work best when you simply hold a note and let the sound do its thing.

In this way, the library sits somewhere between a sampled instrument and remix-ready snippets of Hainbach’s musical performances. Add in the fact that some of Hainbach’s modules burned out and bleeped their last during the recording process, and you have what is, by definition, a one-of-a-kind collection of samples.

Of course, the eventual listener is unlikely to know any of the interesting details regarding how all this was made. Once you divorce your ears from the undeniably cool origin story and view it purely as a sample library, the sounds are objectively rich, detailed and intriguing – if perhaps not quite as sonically unique as they first appear.

Nevertheless, there is thankfully little fluff in this library: each preset feels lean and purposeful, and there is an almost tactile quality to the samples that make them truly fun to play around with.

Ultimately, there is an undeniable authenticity to these samples that composers, producers, and sound designers would be hard-pressed to imitate. This fact alone will make it a valuable resource for the right project.

With a selection of sounds so lovingly curated, it can sometimes feel like there isn’t much space left for the users’ creativity. However, the stretch parameter and dynamics slider (repurposed here as means of blending between textures) go a long way to addressing this.

Because the samples are recorded at 96 kHz, there is quite a lot of room to add time compression or expansion to them. Doing so uncovers a whole new set of fascinating textures hidden within each sound, and it’s surprisingly easy to add some nuance and personalisation using this feature.

Meanwhile, using the dynamic slider or modulation wheel allows you to blend the sound with various complementary timbres and textures. This approach allows easy transitions across a ready-made sound palette, something that would require significant changes in patching on the original hardware.

The plug-in itself is a breeze to use, featuring the same sparse and functional UI found on Spitfire’s other recent offerings. You can assign the large centrally placed control dial to a range of effects such as reverb, delay, attack and release, variation, and distortion.

The library is broken down into four categories, titled Klang, Knarz, Krach and Kling. Klang houses pads and drones, Knarz is for effects and textures, Krach has rhythmic loops and drum hits. Finally, Kling combines aspects from the other three categories to offer a broad range of sound materials.

Navigating the library is best done with the ear – each preset does come with a description however these are just as likely to be humorous as they are helpful.

More than a collection of samples, Landfill Totems feels like a cohesive sound world – a space built on tension, melancholy, and distorted beauty. This is the sound of a dark future, composed from the obsolete scraps of the past.

In many ways, the library acts as a companion to, and extension of, the album it shares a name with. This is both a strength and a weakness. While there is undoubtedly a variety of tones and textures to choose from here, you can’t truly get away from the strong, unifying aesthetic permeating both album and library.

However, depending on the project, these beautifully crafted materials may be just what you need. High-quality sample libraries of experimental analogue equipment are not exactly a dime a dozen – and for sound designers trying to build retro-futuristic soundscapes, producers hoping to add some distinctive grit to a mix, or sound artists looking for inspiration, this just might be a ‘must have’.