If there was ever a library which boasted prestige and heritage, Spitfire’s latest package would be at the top of the family tree. We get to know Auntie Beeb. 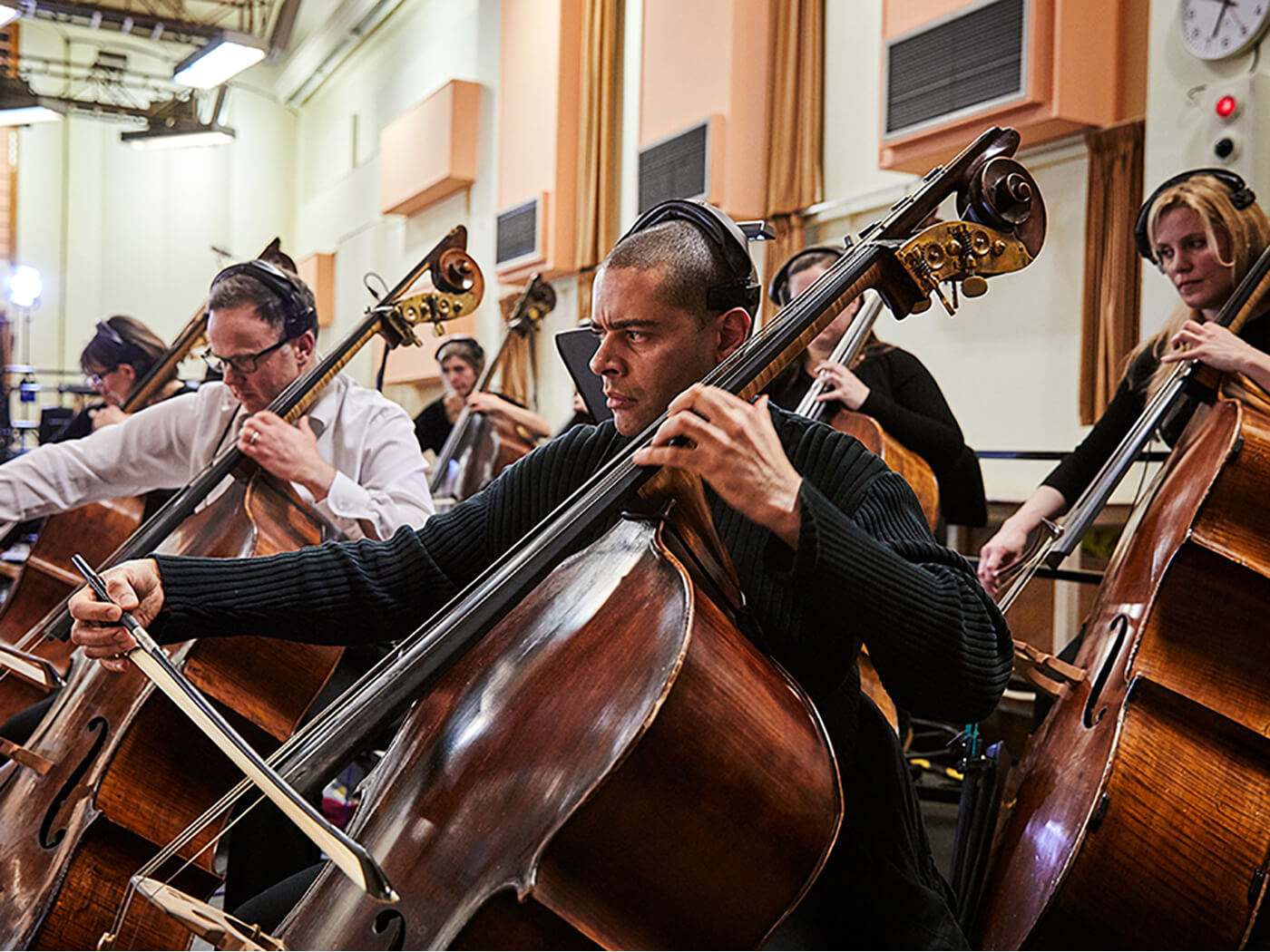 Deep sampling of orchestral instruments has now become the norm, with some worthy products already adorning company catalogues, including Spitfire Audio’s very own celebrated line-up. But where this new package goes even further is with the sample capture of a world-renowned orchestra, reputed to be one of the busiest in the industry, sampled in an environment which is equally as prestigious.

It makes an incredible amount of sense to use an existing orchestra for sample capture; the BBC SO is a very hard-working band of musicians, who literally spend their entire time rehearsing and performing next to each other. There is an innate instinct from one player to the next, as they literally read each other musically, which is vital given the sheer volume of material that the orchestra covers, not least being the ‘house band’ for the BBC Proms Season.

Couple this with acoustic capture at Maida Vale studios, which also oozes history and prestige and you’re going to find something very different from the usual Spitfire default of AIR Lyndhurst, as previously heard on the company’s larger symphonic products. 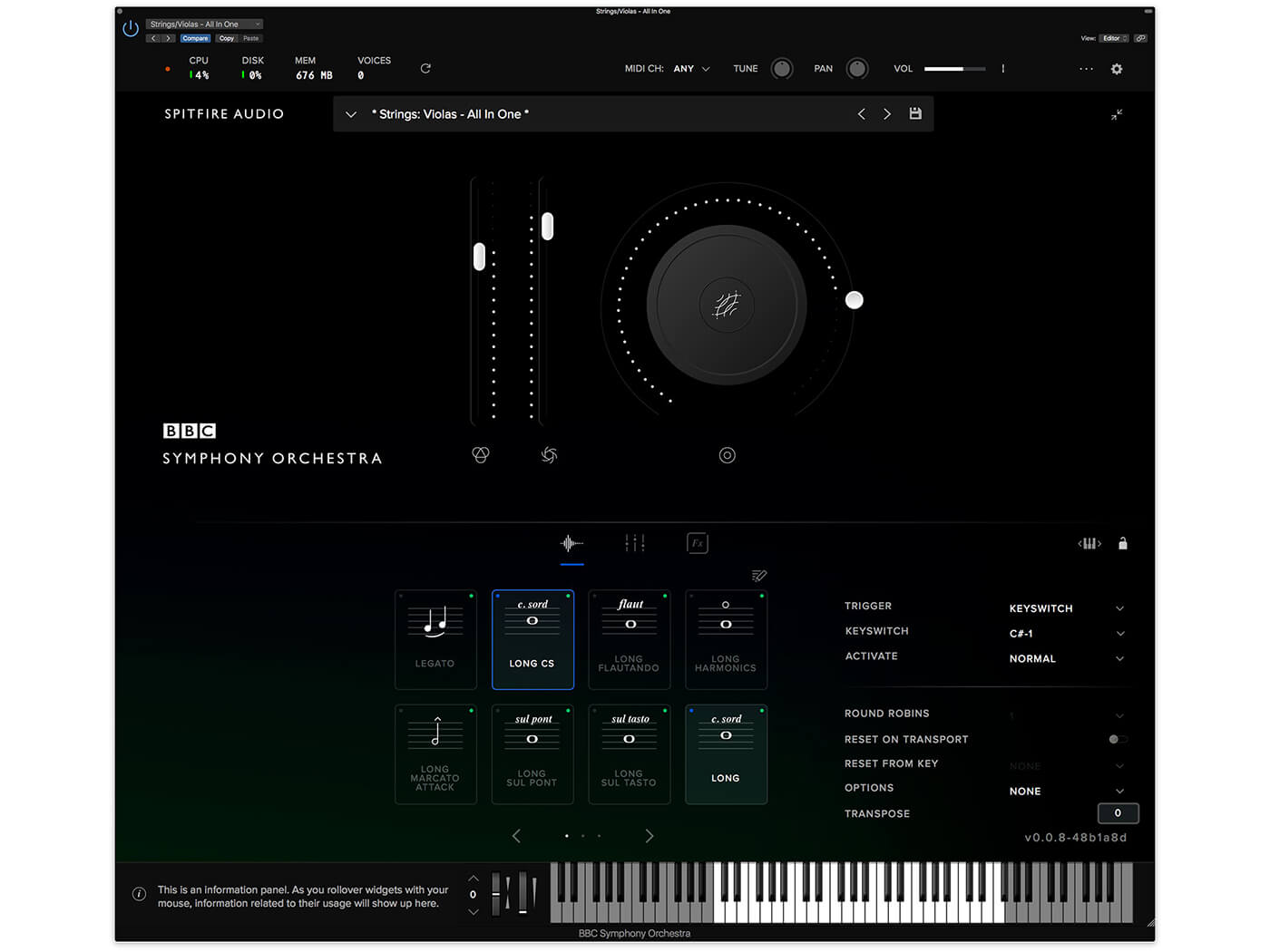 Maida Vale offers a more neutral acoustic, making the BBC SO library sound natural and arguably more like a traditional orchestra. I personally love this acoustic colour, but anyone dealing with the more cinematic business end might feel that some artificial brightness could excite those upper frequencies, for trailer-style mixes. However, Spitfire’s own reverb may be dialled in and controlled via MIDI CCs for greater excitement of those higher echelons.

Overall, the sonic makeup is weighty and assured, with all sampled instrumental elements captured in place. Small instrumental sections were recorded individually, which results in terrific isolation, but does mean that there is a lack of ensemble patching. While I personally always prefer to work with sections, in the traditional sense, it can be useful to bring up a full Tutti section, purely to try things out. Speedier workflow may also be a useful asset with this methodology.

Due to the mono-timbral makeup of the Spitfire plug-in, it’s not impossible to make up multiple plug-ins within the DAW, firing on the same channel, but it is another hurdle to jump. Spitfire has not ruled out the prospect of ensemble patching in the future, so the library seems to be firmly under continued development. I get the sense that the Spitfire bods are continuing to work very hard at making adjustments, which I have no doubt will come through pretty quickly, this being a flagship product.

Beginning with the strings, the patches are organised into either single articulations, or key switchable all-in-ones, with the first articulation being legato. The full-on gravitas of the various stringed instruments quickly becomes apparent when the dynamic level is raised to its upper point.

Thanks to velocity control, lower trigger amounts yield a slower portamento effect, while more assured playing will result in a convincing movement from one note to the next. Vibrato doesn’t feel excessive, although I was aware of a slight feeling of accent at the beginning of each note within the lower dynamic range. The result can be a very slight lumpiness, when exposed, which does get lost completely when in musical context.

Moving to the Con Sord patching, these sound sonically sublime, but it does make me yearn for a full ensemble patch to hear the full-range glory. Among the seriously comprehensive articulation list, I was delighted to find a muted Spiccato, which resonated beautifully with the full-on Arco incarnation. The comprehensive articulation list also includes Pizz, Tremolos and Trills, alongside Spitfire stalwarts Flautando, Sul Pont and Sul Tasto. 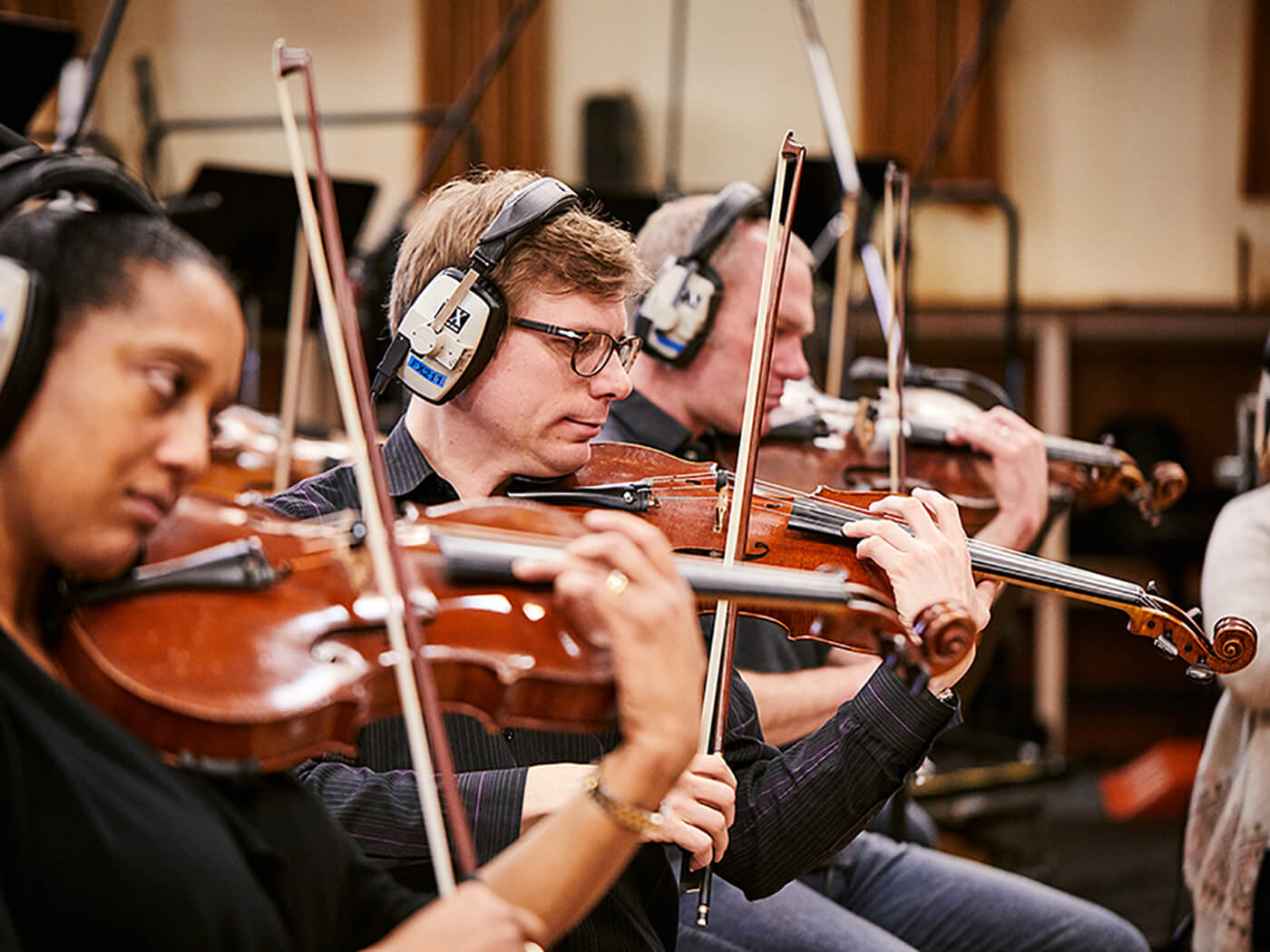 Mic placements are also presented in the extreme, with a broad range of 20 signals, including spill mics and two full mixes, one of which has been prepared by mix-engineer legend, Jake Jackson. There’s also a reasonable supply of up to five round-robins, on articulations such as Pizz, improving overall humanistic perception considerably.

Moving onto the other sections, the woodwinds offer similar depth and detail, with representation from all the main instruments, along with piccolo, Cor Anglais, bass and contrabass clarinet and contrabassoon. There’s also a three-player version of each of the main four instruments.

Working with the Decca Tree, the winds sound and feel truly excellent. It’s very easy to find favourites across the section, with the oboe and clarinet portraying beautiful detail. The breathiness of the clarinet in the lower dynamic range is simply stunning and testimony to the quality of playing, while the bassoon made very light work of a quiet and vibrato-laden rendition of the opening of The Rite Of Spring.

Interestingly, the wind section sounds equally stunning in a closely mic’d setting too, leading me to consider the options for opening a number of mic channels, to further aid balancing. You have to be a little careful here, as adding mic signals can quickly ramp up the plug-in’s hunger for RAM. Many singular patches are around the 250-550MB data size, so opening up further signal channels will obviously increase this considerably, but the mixture of a Decca Tree or Stereo Mic channel, along with a close mic, can sound truly fabulous.

The only section which I feel falls a little flat is one that’s notorious for being among the hardest to sample – the brass section. It’s fair to say that you would often use brass in context, so auditioning in isolation is always challenging for the material; but in some settings, the instruments can sound almost synthetic, especially in exposed close-mic and dry situations.

The tenor trombone samples are a case in point, but thankfully, the wealth of mic’ing options can quickly come to the rescue. The answer is to use a more distant mic, such as the Decca Tree, which will sound far more forgiving, especially when coupled with reverb. The horns and trumpets, on the other hand, sound far more flattering and forgiving in context, even more so if used in a more distant mic placement.

This is a vast library which offers enormous highlights, particularly in the yet unmentioned percussion department, which offers anvils, mallets and all manner of things that are hit in an orchestral context, as well as a superb harp and celeste. BBC SO resides within a gap in the Spitfire catalogue, all on its own.

We understand that Spitfire is still working very hard on this library, for continued improvement, but where the library excels, it really rewards, whether it be the beautiful silky British string section, or the extensive winds, brass and percussion. As a counterpart to their extensive product list, this is a very fine addition, with an acoustic which will resonate with many.

This library offers plenty that could fill holes in any composer or producer’s palette. The acoustic is neutral and as a consequence, can yield the most beautiful arsenal of sounds, with silky British strings and mellifluous winds. This is also the first time that we have seen all four orchestral sections represented in a complete package, although it would have been nice to be able to buy these individually. 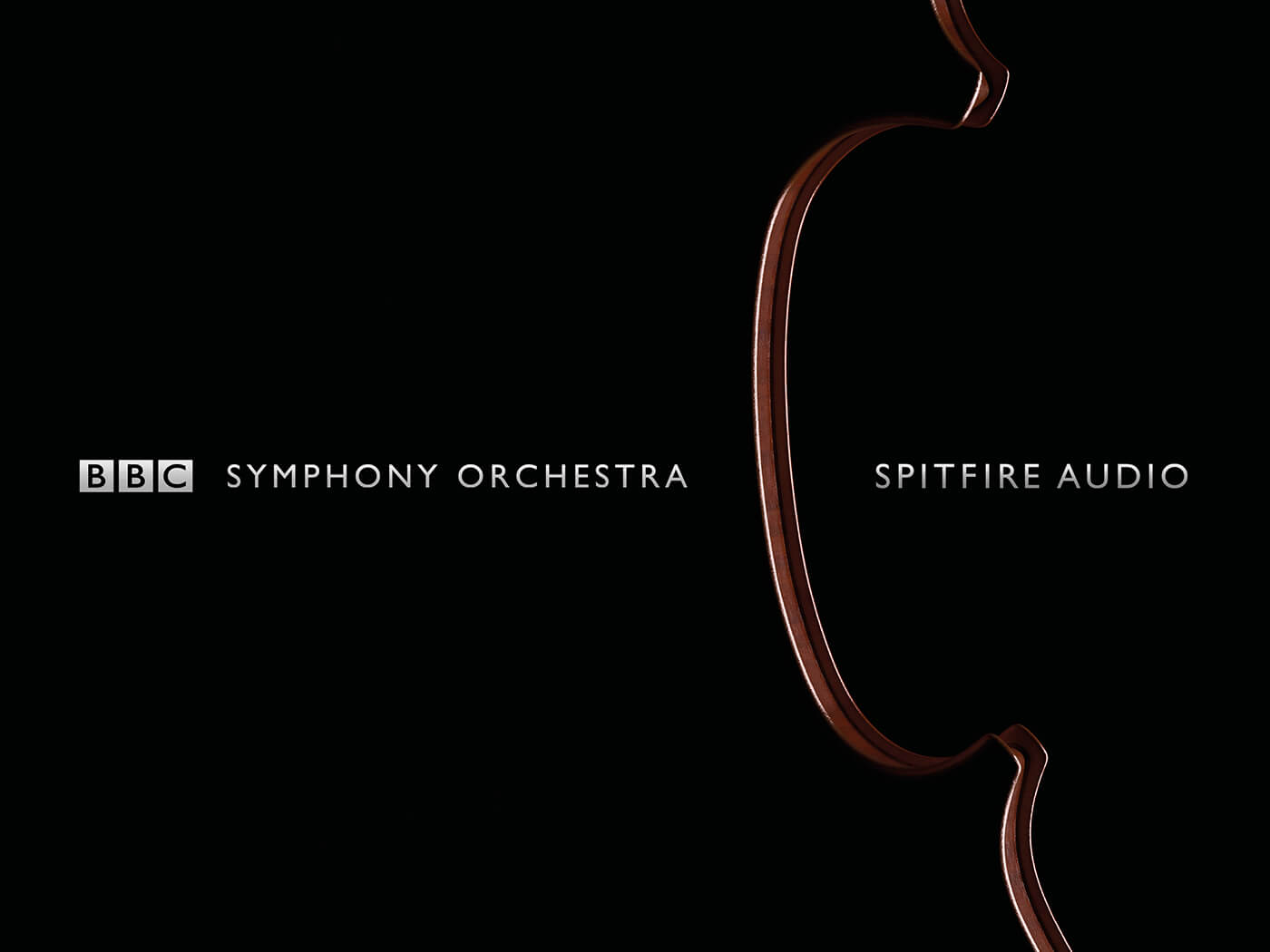 The comprehensive collection of mic streams means that it is very possible to create interesting colours, although there are implications for RAM loading, should you get carried away. As per usual, this is where the highly regarded stereo mixes might save the day, and certainly I found them to be excellent in contextual use. For the money, it’s a very attractive package, with plenty of quality content. 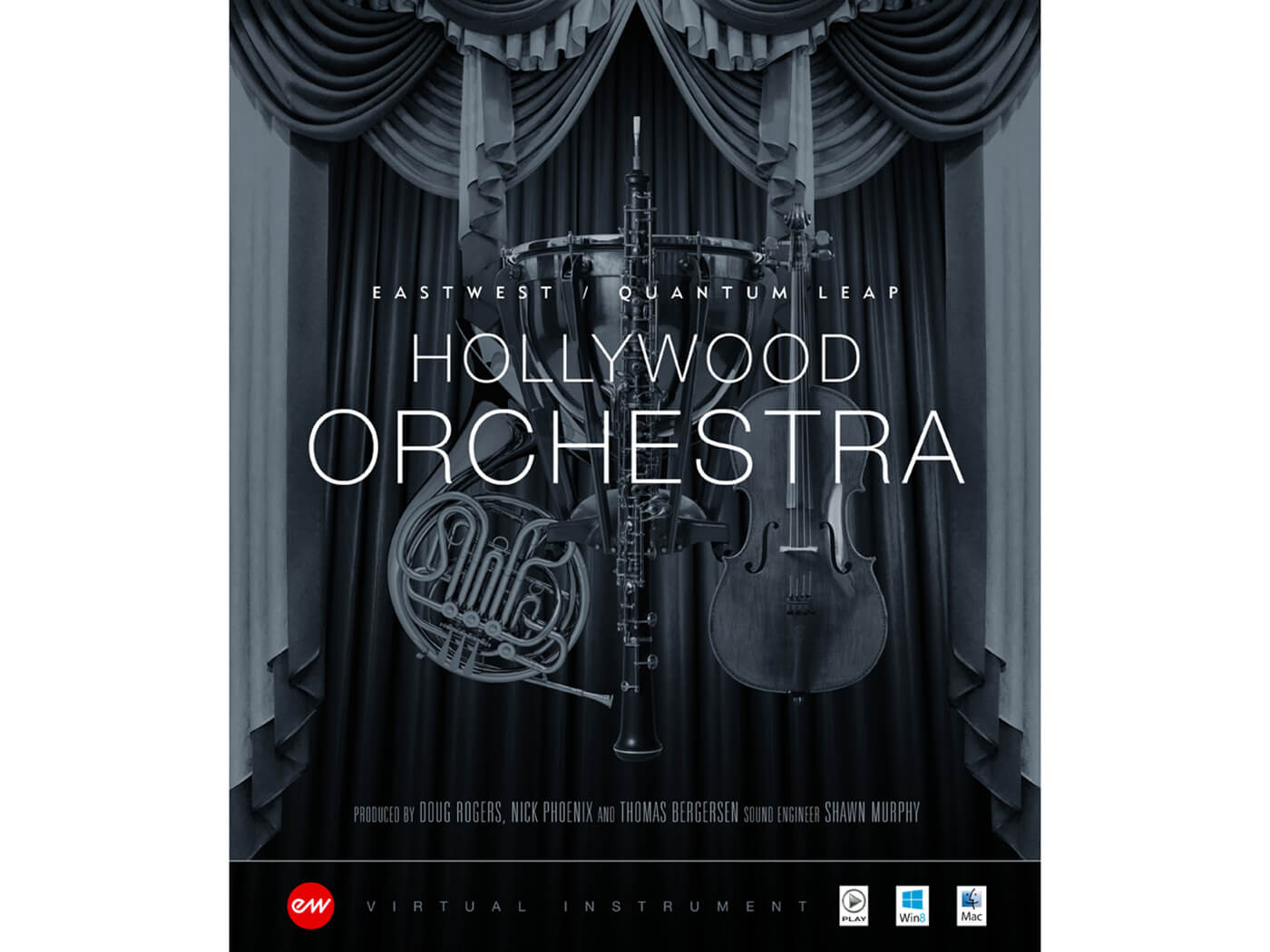 The EastWest Hollywood-based orchestral suite is soundstage based, so will be drier than Maida Vale, but also offers a similarly sized package. It is also attractively available as part of their monthly subscription package, although sonically, it will be brighter and unsurprisingly ‘Hollywood’. 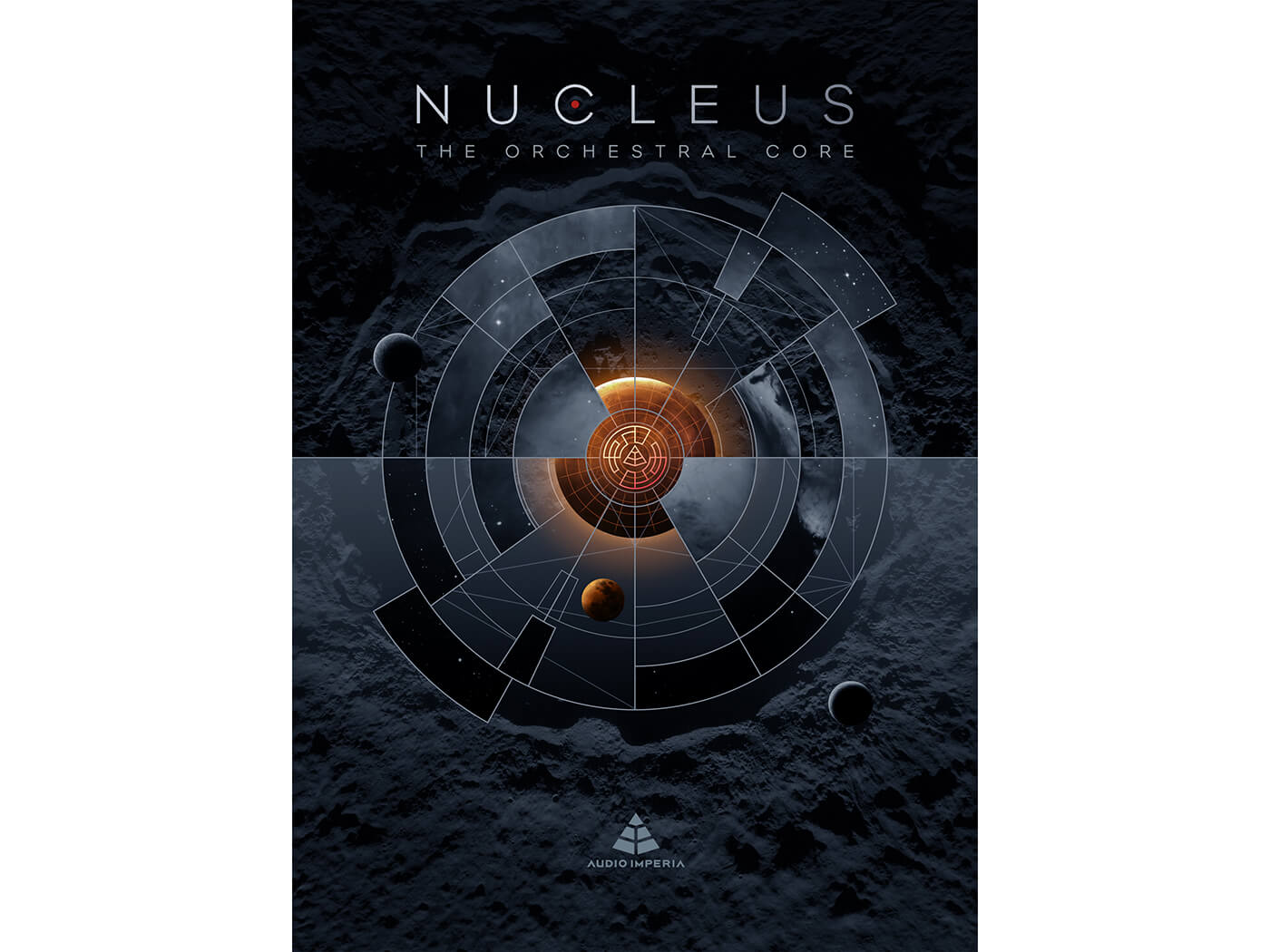 This entry-level suite also contains all of the orchestral section elements, and while it does not go anywhere like as deep in sampling as BBC SO, it is an attractive sound-stage based alternative, especially if looking for something at an entry-level price.