The latest update from Rob Papen is something of a heavy-weight, looking to give drums a total thumping. We deliver the final knockout on Punch 2… 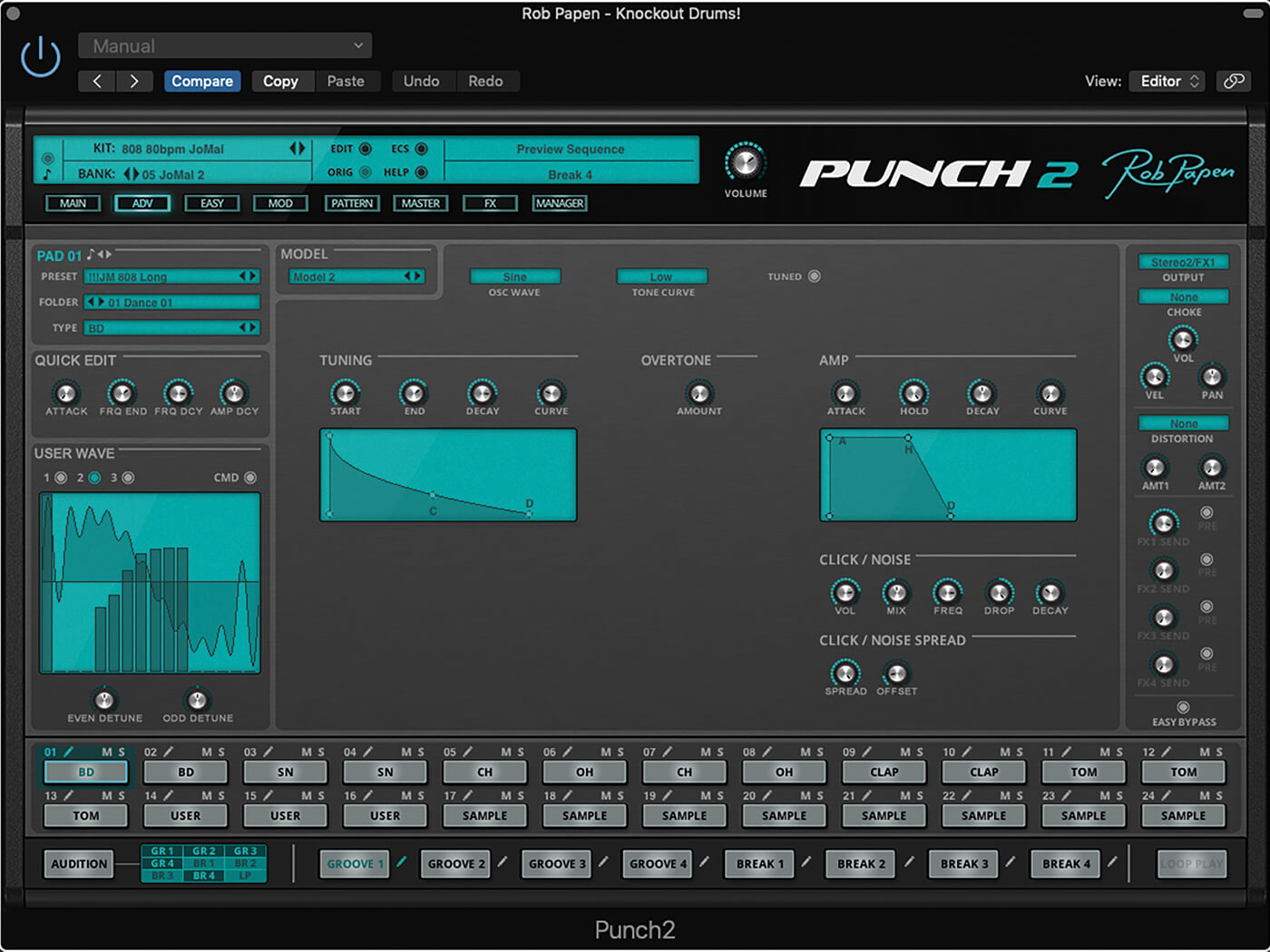 The chances are, if you don’t already have a library of drum sounds, you’ll be constantly on the lookout for new sources of inspiration, whether they take the form of triggered sounds or loops. The option of an all-in-one package of drum sounds based around the well known drum machine stalwarts of old may well be useful, but throw in the ability to place your own sonic stamp on a sound and it starts to become an indispensable tool.

It’s even better if this can be facilitated at a price point which doesn’t break the bank, and if there’s one thing Rob Papen is known for, it’s offering great quality software plug-ins at a truly appealing price. We’ve seen this with previous ‘Papen products such as Go2 and SubBoomBass 2, so let’s get modelling!

Whether we like it or not, there are only so many timbres that sound like drums or percussion, with these mostly falling into the categories of either sampled or synthesised. Sampled may include anything from acoustic drums to hardware machines, sometimes with effects added, while synthesised sounds will be generated electronically, often in the software itself. There may even be scope for a mixture of the two sources.

Even in the current production climate, there is still a palpable nostalgia for the drum machines of Roland that have influenced electronic music since they first became second-hand cast offs back in the 80s. We are obviously talking about the 808 and the 909, but it’s not always necessary to have these in sample form as it’s fairly simple to derive something with a similar ethos from a filter, white noise and an oscillator or two. Where Punch 2 enters the story is by making the process of sample playback, re-synthesis and drum creation a fairly simple affair, allowing for the adaptation and creation of sounds, either from an initialised starting point, or from one of the hundreds of presets, in either individual drum or drum kit form. 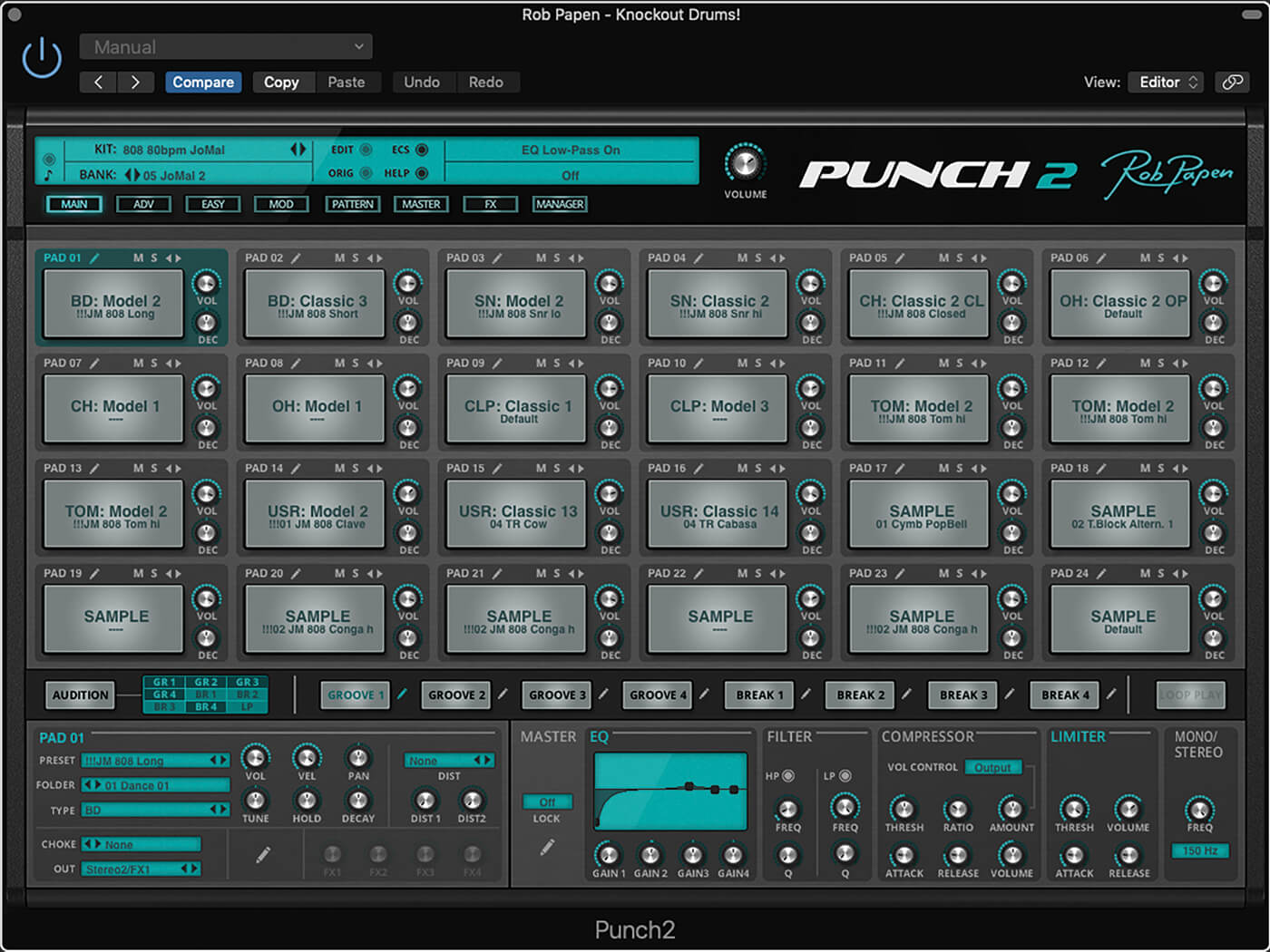 Punch 2 does include references to the classics and other sonic memory joggers, such as the aforementioned Roland machines and even the Amen Break, along with other Drum and Bass reincarnations, but it actually has way more potential for sound creation and percussion sounds that aren’t so obvious.

The starting point for each modularised drum component is one of 24 pads. These pads are in essence virtual, triggered by the presence of an incoming MIDI note, so with a suitable controller it would be eminently possible and quite easy to assign drums to pads. There is a hint of conformity to conventional drum maps, but as each pad can be assigned to any sound you like, this consistency is likely to become a hindrance, although the basic sounds such as kick and snare will normally appear where you would expect to find them on the keyboard.

Perusing through some of the preset drum banks, there is a pretty overwhelming sense of both quantity and quality. Inline with other Rob Papen products, the sounds are impactful, immediate and highly impressive. They certainly offer presence and, while it’s easy enough to listen to individual triggered sounds, there’s a helpful ability to audition the entire drum kit through the included programmed loop, which is available via the Audition button located on each screen. A press and hold with the mouse affirms the sonic selection, providing a quick way to hear the essence of each sound bank. It’s even more helpful to be able to do this via the keyboard, which then allows for easy tweaking with the mouse. As an aside to this function, loops and grooves can be loaded and played as complete phrases via the keyboard, turning Punch 2 into an immediate live loop player, as well as a source for immediate production inspiration.

The smallest unit of sound in Punch 2 is the detail located behind each pad. Here it’s possible to decide your tone creation engine, or simply work with a constructed preset. There is both an Easy and Advanced mode for this, with the former presenting a series of faders. Personally (and slightly ironically) I didn’t find this mode so easy to work with, favouring the Advanced mode which, despite the name, seemed to be far clearer in terms of parameter display. Intuitive envelope displays and menus are the firm order here, which will be reassuringly familiar to anyone with a minimum of experience.

It’s also here that you get to choose your starting point for a drum, which will be either a Model, a Sample or a single slice from a REX-type file. The Model section is preordained for each drum-based instrument, with models for all the usual suspects along with a bewildering number of further categorised models for each. The Clap model section offers everything from an 808 incarnation to some heavy, distorted and bit-crushed noises, which found great potential with me for exploration. With easy access to the envelopes on this page, it’s a very simple business to adapt any sound to your liking, from snappy to more ambient.

The more ubiquitous kick and snare offer a greater number of models again, with qualities that are not going to have anyone wishing for more content, although if this was your situation it’s very simple to switch modes to Sample playback, at which point you can load your desired hit and adjust it to suit your needs. 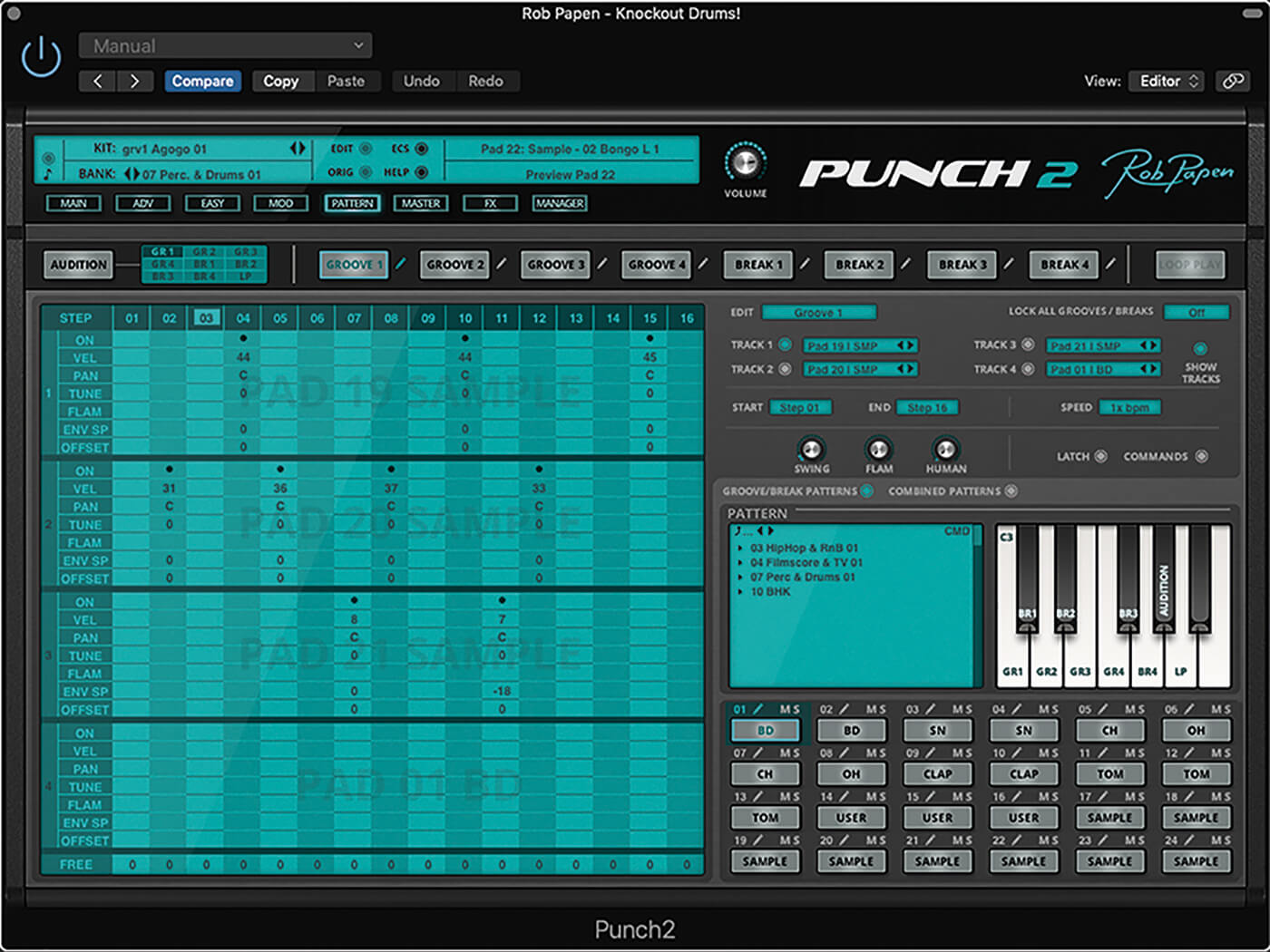 I have to again give special mention to the Rob Papen sound engine, which offers that brilliantly Papen-esque immediacy of sound quality that we have all come to enjoy. It’s sharp and concise, and will cut through a mix beautifully, although with my own preference for the more abstract and ambient, I find that it fits in really nicely alongside pseudo-analogue basses.

When you unpick what you have within Punch 2, you can begin to see what fantastic value for money this represents. On the sound engine level, you have a bountiful supply of great drum models that are easy to tweak and make your own, along with a very healthy supply of more preset-based content, which extends from programmed loops to oodles of sample-based content that is extremely easy to adapt thanks to a simple and elegant menu/page system. Place this alongside an easy-to-use drum pattern grid, a healthy dose of FX and a user friendly patch management page, and you have a great product which perfectly fits the drum-based bill, being both quick and easy to use and sounding excellent. On this basis, we have to agree that Punch 2 is a bit of a heavyweight champion. 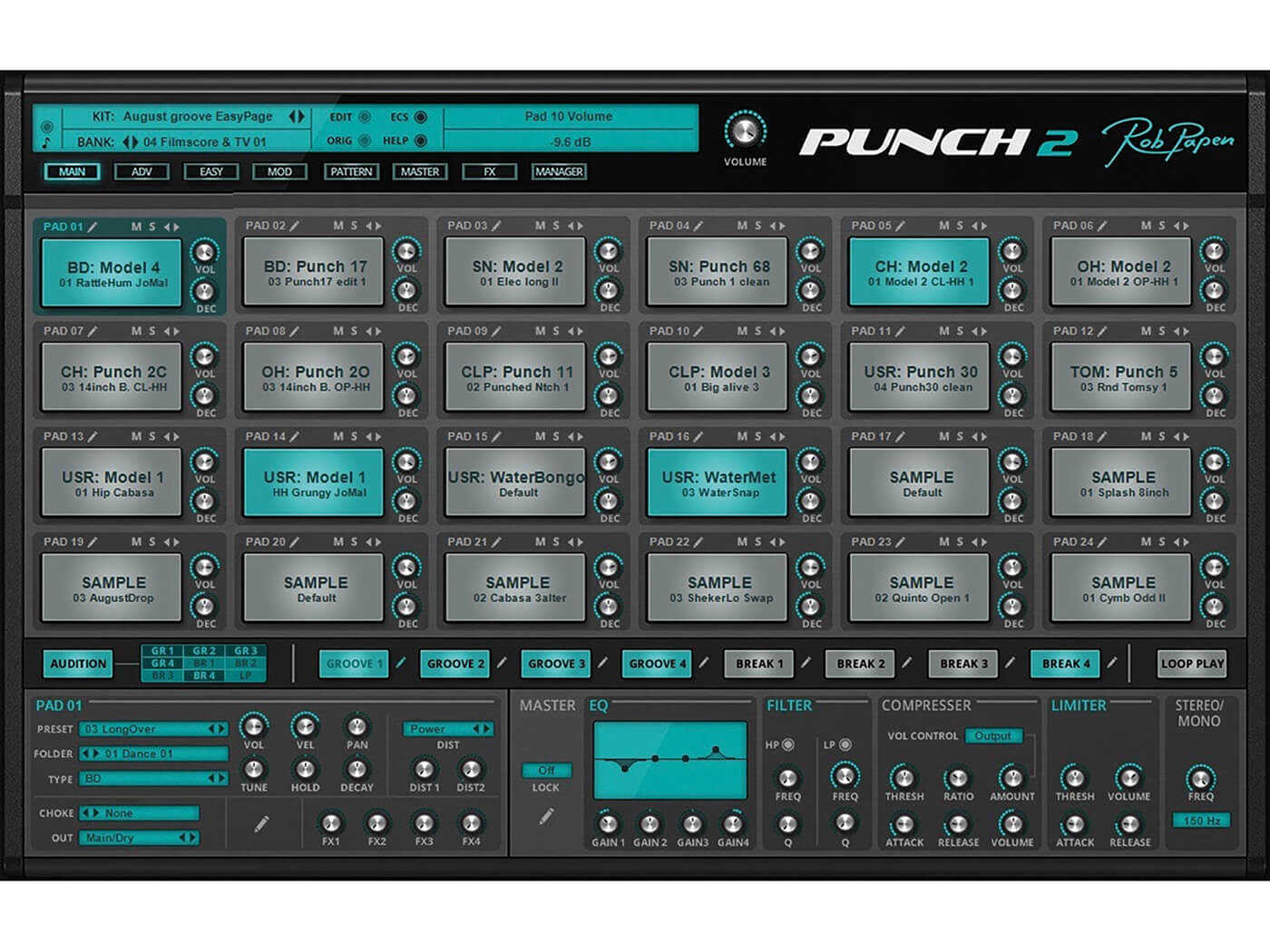 There is no doubt that Punch 2 is a very classy and hefty performer, being packed to the brim with great content. It will excel in all areas, where electronic drums sounds will be required, especially if you like to dive in and tweak presets, or even better, starting with one of the many drum models that will ultimately throw up unique and different percussive sounds. Where it is less convincing is in the area of acoustic sounds; it will happily play back samples, or recall slices from REX files, but it is not equipped to handle the expressive nuance of multi-sampled drum sounds as well as some other packages, offering a more simplistic take on what might be the norm in this arena.

Granted, if this is what you need, you’d be better off looking at packages that also come with drummer based MIDI content, as they will always sound more realistic, but enter Punch 2 from a more commercial perspective and you’ll find it delivers plenty. 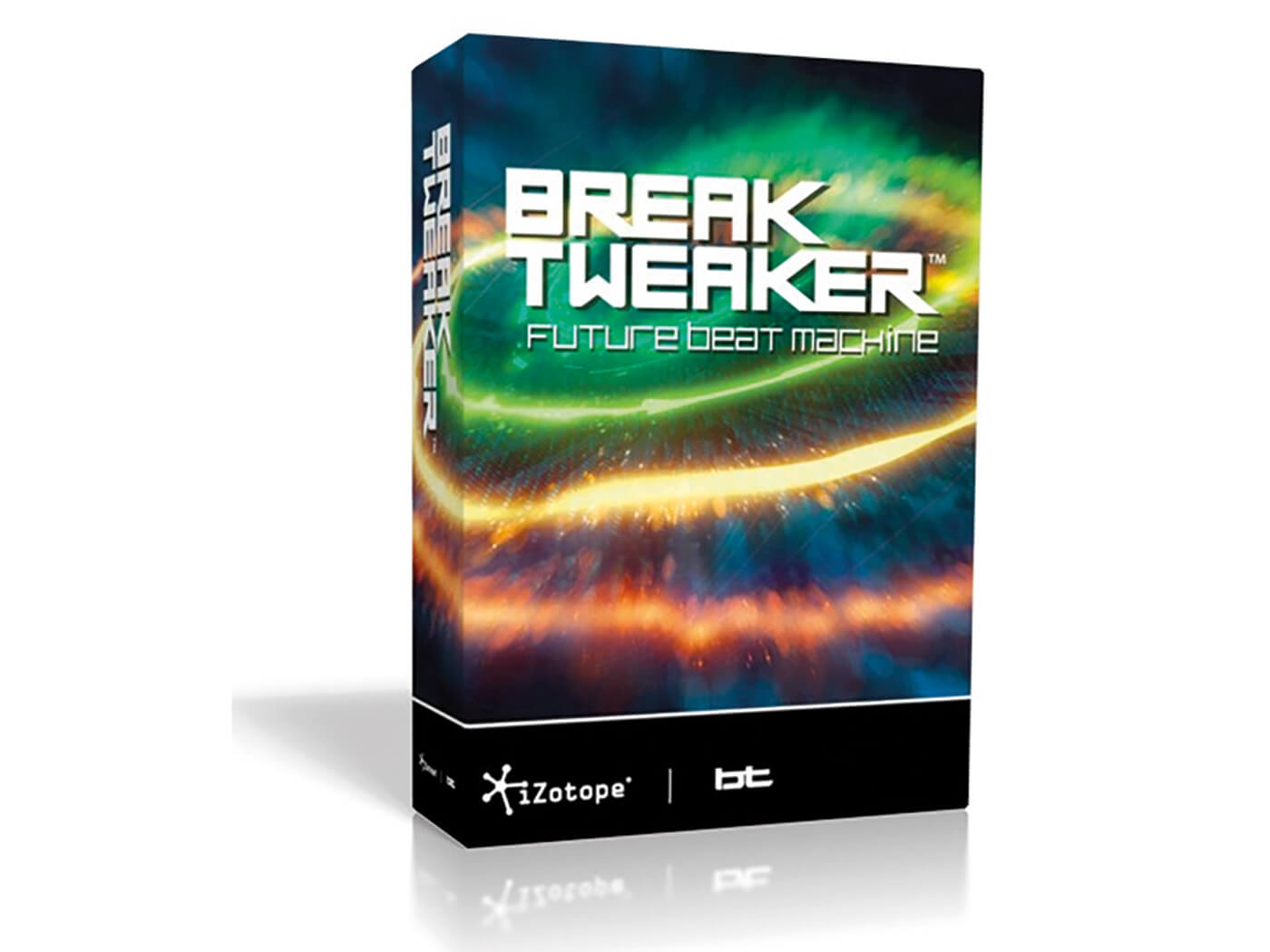 BreakTweaker offers a large number of very interesting sounds, in a construct that allows for easy and inspirational live triggering or studio based playing, along with the ability to trigger and edit individual sounds. Available with differing levels of expansion and additional sounds. 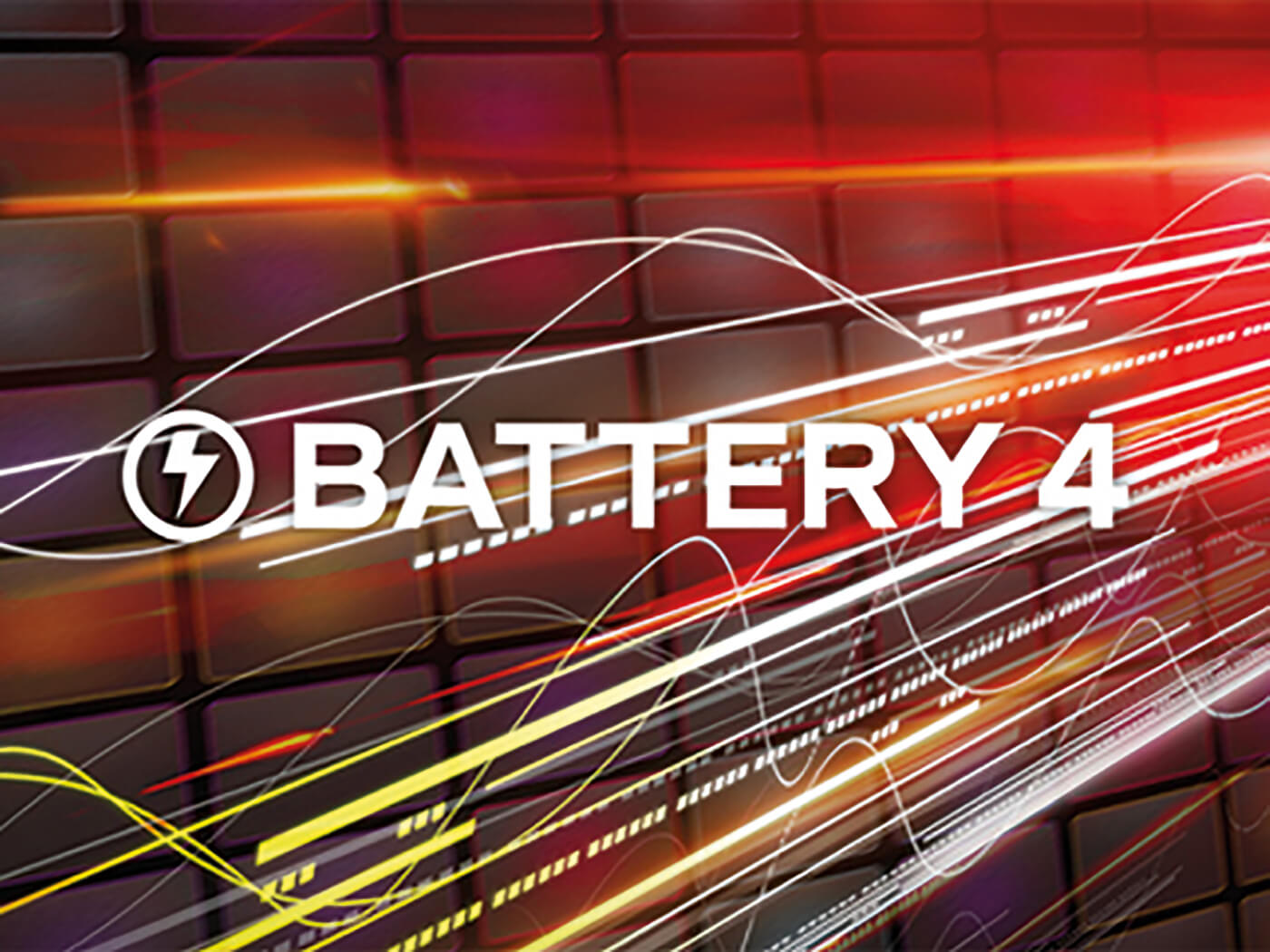 One of the first products of its kind, Battery is now in its fourth revision, offering a similar pad-like construction for playing, loading and creating your own sounds. Packed full of great sonic content, you may well have heard many of these sounds before on commercial releases.