The new Kontakt-based instrument from Native provides atmospheres and pads with a granular twist. We fix our gaze firmly on the light. 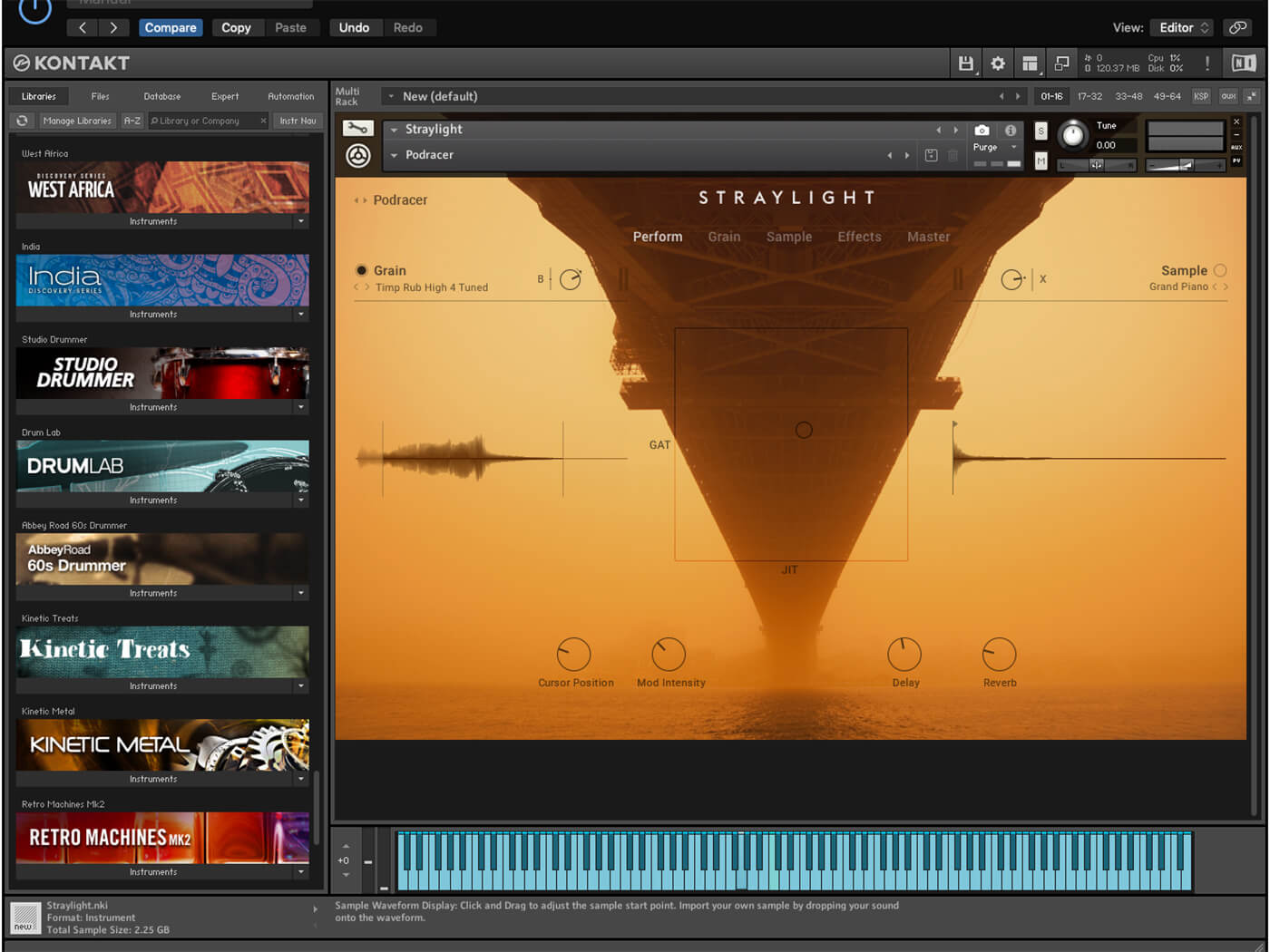 If any Native Instruments product could be described as a chameleon, it’s Kontakt. From humble beginnings as something more akin to a simple sample-playback device, the VST has given rise to a multitude of dexterous instruments that offer unrivalled expression and control. Now, the German developer hopes to appeal to us with another, this time with a granular engine that can generate beautiful and fascinating textures. 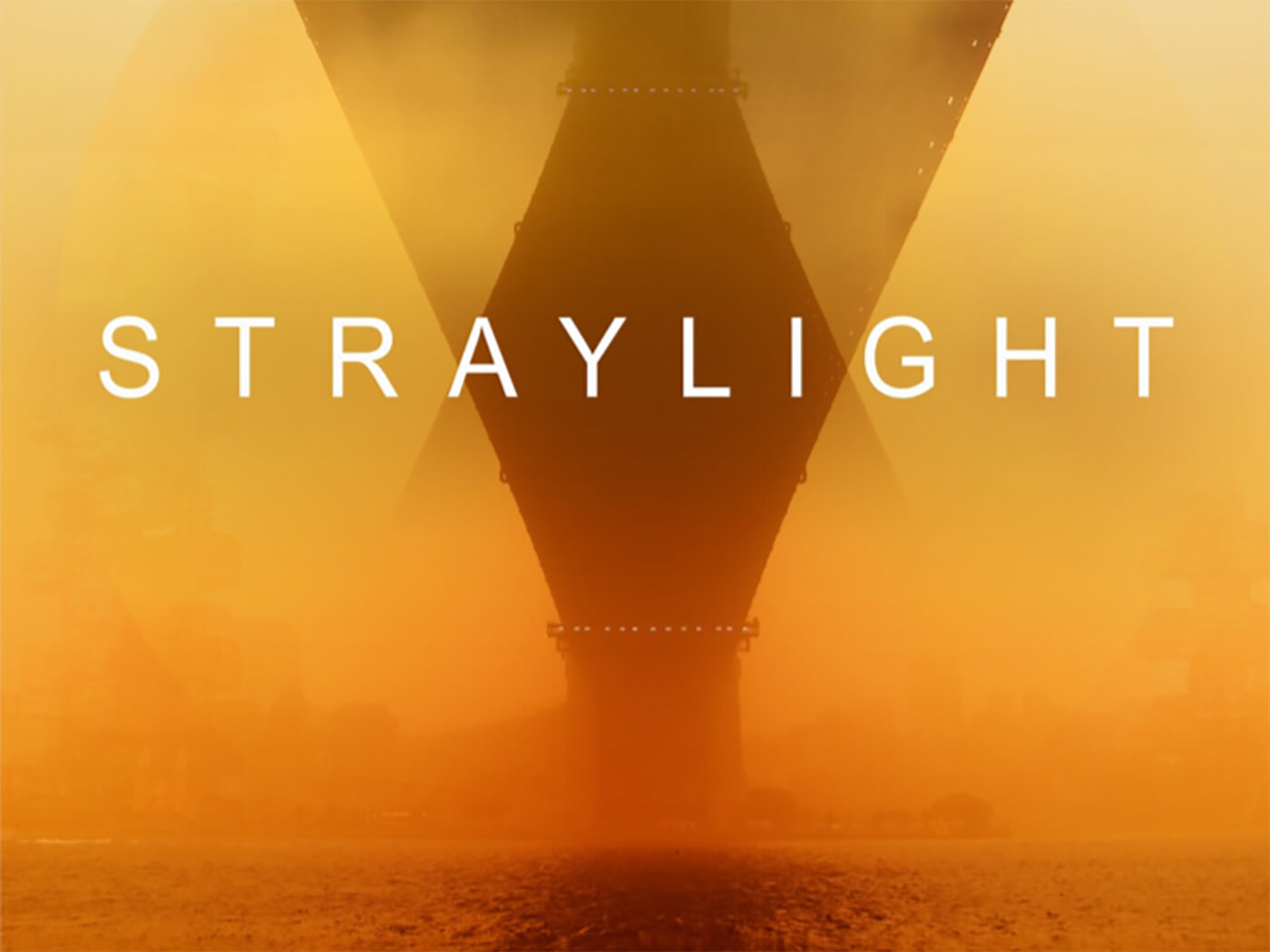 Though the sound of a musical instrument or plug-in should always be more of a concern than its aesthetics, there’s much to be said for a warm and inviting GUI. With Straylight, that’s exactly what you get. Its appropriately sci-fi-tinged graphics feature burnt-orange tones that could’ve been colour-dropped directly from Roger Deakins’ personal swatch bank. But it’s not all for show. Described as the performance page, its landing screen is clear and concise, and one of five editing windows that allow for easy access to Straylight’s partial components and effects.

Basic sample-loading and playback is accessible from the right, while the granular synth engine sits on the left. Straylight ships with an abundance of textures, pads and instruments, which are extensive in length and colour. It is possible to import your own sample content too, of any length. So while you might only have a few seconds of sample audio to play with, you can still select exactly where playback occurs and, in the case of the granular aspect, select large areas to work with, down to the smallest of grains.

To recall presets – or snapshots as Kontakt calls them – move to the upper left of the performance page and click the current snapshot name. A helpful window will appear, laden with options to either sift through the myriad presets or locate your preferred patch by filtering through various adjectives, characteristics and moods. You can also select and recall favourites.

As you move through the 450 snapshots, it becomes clear that Straylight will be more suited to atmospheric and cinematic-style duties. It all sounds clean but even the more lead-like cultivations offer more than a whiff of soundtrack flavour. None of this should be a surprise, as it is labelled as such in Straylight’s description, but what it does have is some exceptionally interesting textures, which even on the most simplistic of playing levels are very cool. Some of the offered snapshots have extended attack phases, in keeping with the idioms that it has in mind, but it sounds modern and highly usable. 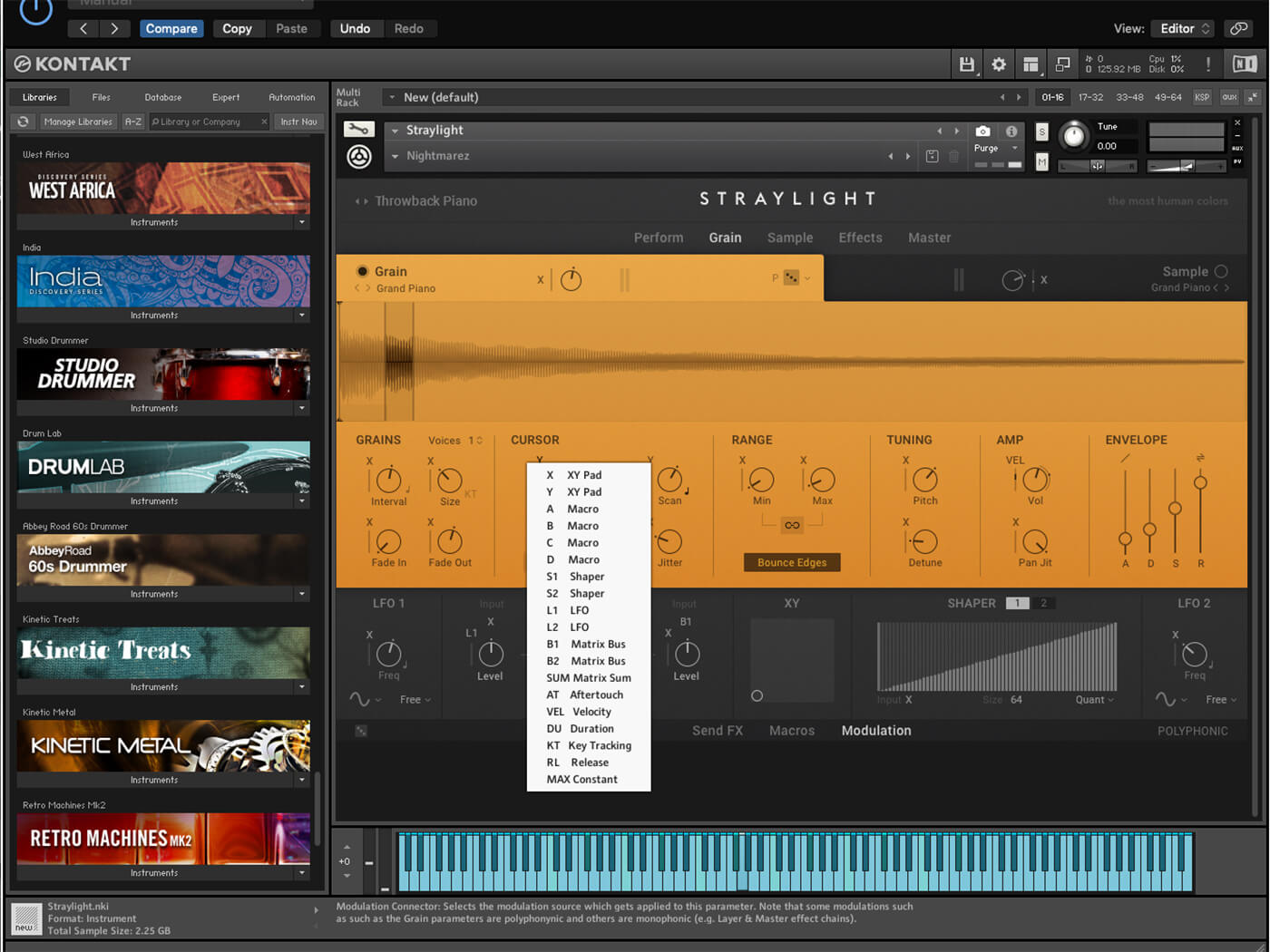 For the purposes of editing, the partial level is accessed by either clicking on the Grain or Sample menus, or by clicking on the waves displayed on the performance page. Entering this area gives you access to the loading of samples, either to create a fresh snapshot or to mutate an existing form. Either way, there’s plenty of control.

The revealed sample menu is similar in construct to the snapshot-selection menu, and is easy and quick to navigate. On the Sample side, there are two envelopes on offer for amplitude and modulation, with an array of filters that vary from one, two, three, four and six-pole, alongside low, high, band and notch filters, as well as few format vowel filters. As much of the sampled content is rich in harmonic structure, the filtering sounds highly effective, almost a little too clinical at times, but then with the numerous filter types available, things can be toned down. Many filters offer an overdrive element, although the resonance can be overpowering at times so you’ll need to be careful with application.

On the opposite side, the granular synth engine offers a multitude of compelling options. Apart from the obvious elements, such as its separate amplitude envelope, there are plenty of controls for gaining precision accuracy when deciding an area to dice into grains. The Fade In/Out element softens the re-emphasis as desired, while the interval control will allow for the creation of pulsing grains or a wash of sound, which can be exploited for those otherworldly pads. Where it starts to get interesting is with the extensive list of options for modulation, which allow for the rising and falling of many parameters from the two onboard LFOs or the user-definable shaper, which invites drawing of levels for modulation presentation.

The realtime control of these elements can be conducted through the use of the user-definable X-Y pad, located both at the performance and partial level and, being Kontakt bound, it allows for the simple assignment of any MIDI CC to any parameter. Within seconds, I am winding the grain sizes up and down in real-time, moving from individual notes to complete washes of sound with ease.

This also applies to the FX section, where elected FX can similarly be controlled or assigned to the X-Y pad.

It may be possible to create similar textures elsewhere within the domain of the DAW but what Straylight offers is an effective and easy route to creating unusual textures via an simple and accessible interface. I’ve often thought that granular synthesis is underappreciated, partly because it can be difficult to get effective results from. But Straylight places this in a great package, alongside regular sample playback, to bolster the harmonic structure if desired, albeit without the complexities of a full multi-sample operation. Straylight’s greatest strength is that it’s unique. 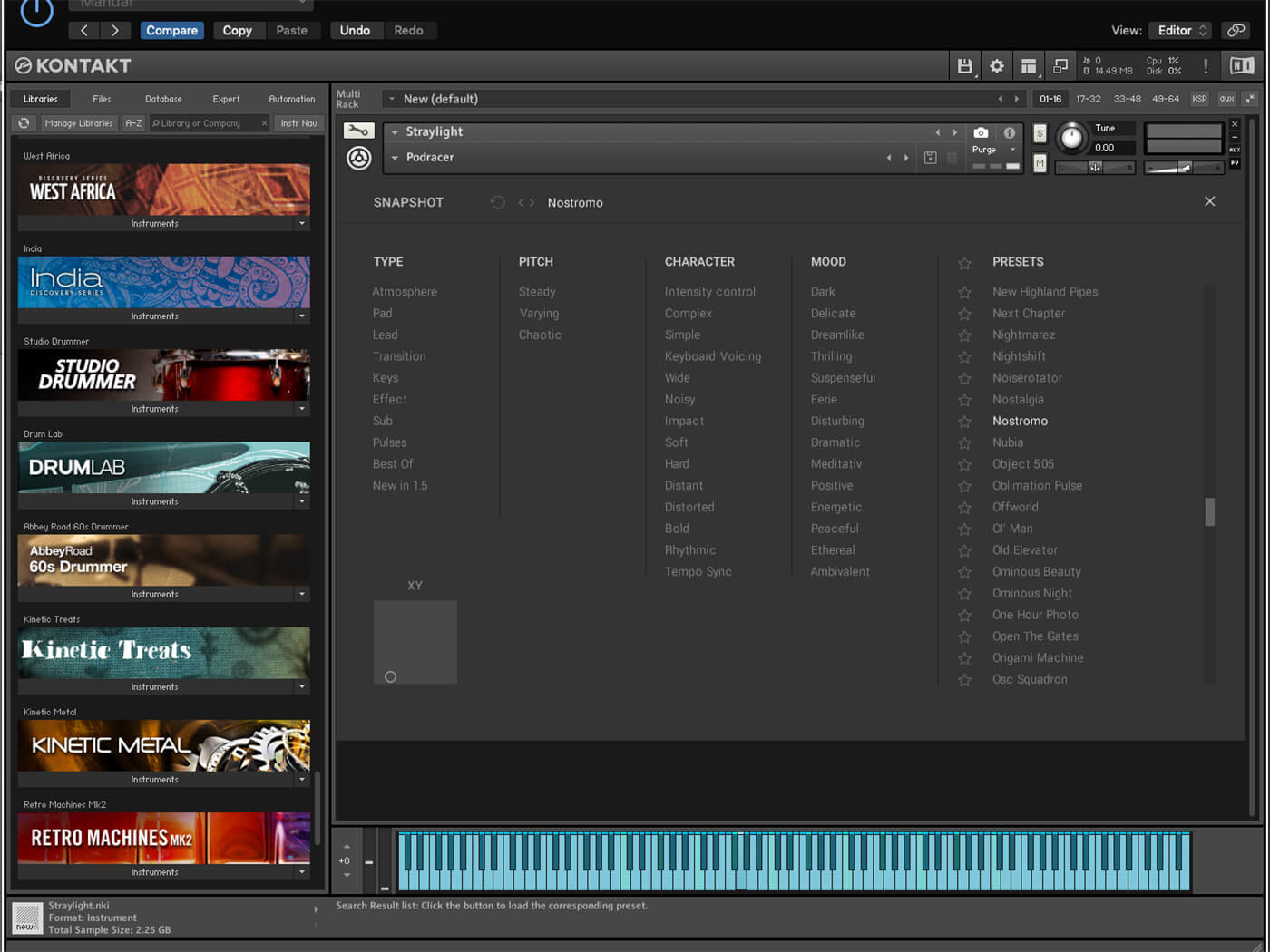 Straylight offers a distinct world of sounds, largely centered around textures, atmospheres and pads. Yes, it has sounds that have heavier transients but it lends itself to the more ethereal, cinematic and soundtrack areas of the production spectrum – and does so incredibly well.

The ability to apply movement, either manually or by way of modulation, means you’ll never be stuck without a stimulating sound. Timbral evolution should sustain your curiosity for a long time. The included sample content is excellent, but with the ability to load in user samples, soundtrack inspiration should be inexhaustible. 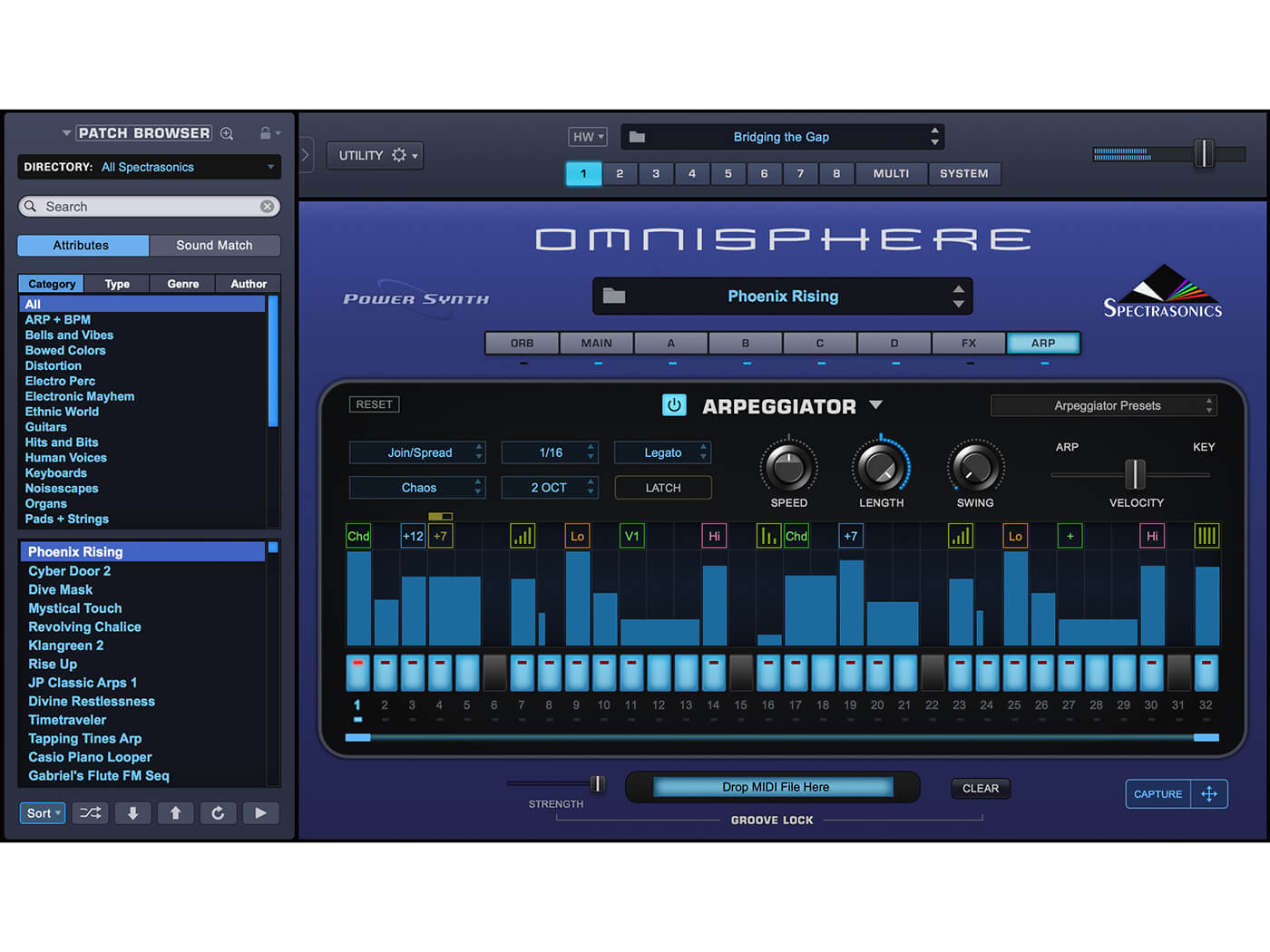 The ever-present Omnisphere also offers granular synthesis, alongside plenty of other sample-based synthesis options. It’s more expensive than Straylight but ships with an enormous amount of content, which will cover all genres of production and music. 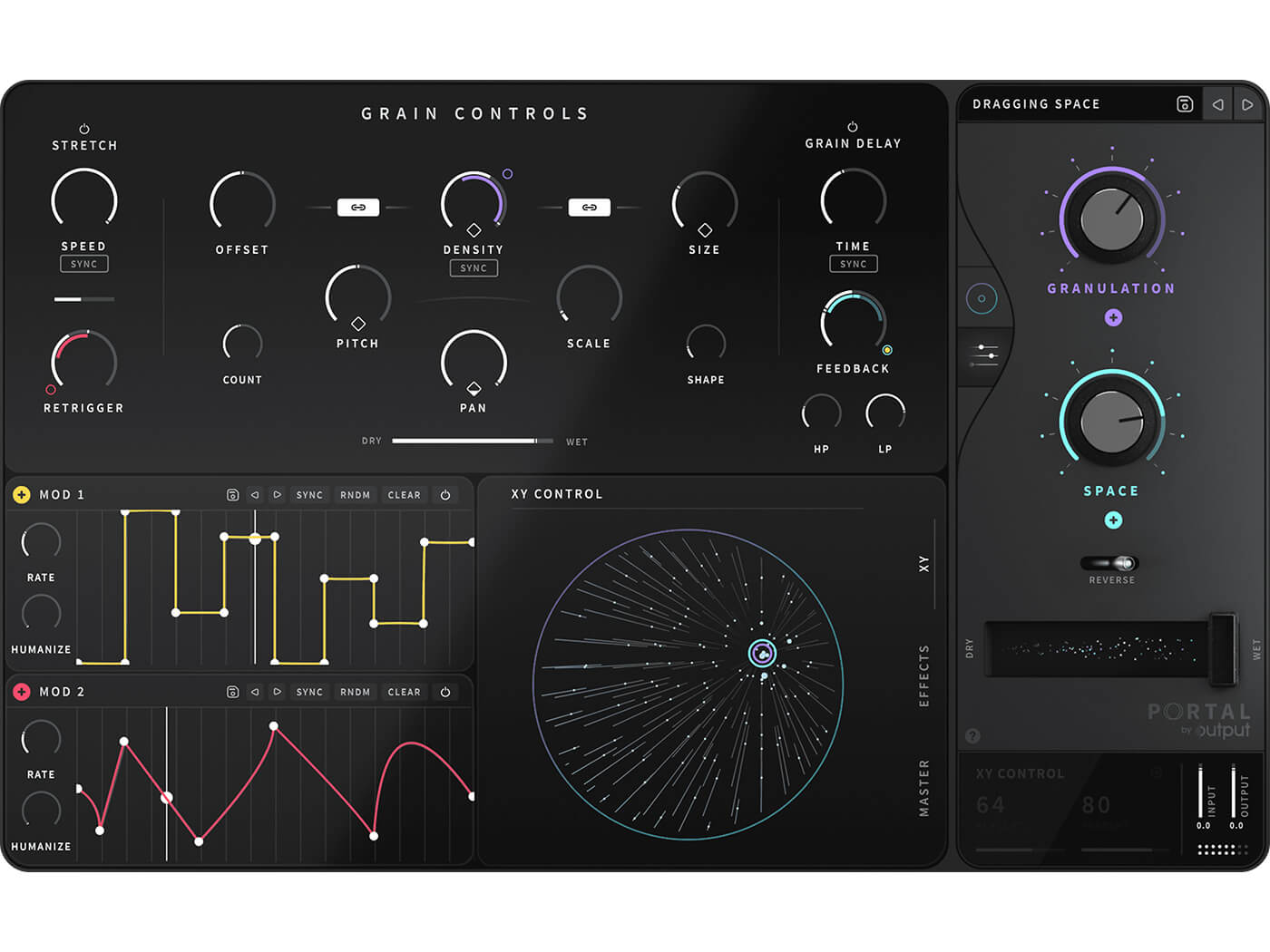 While not an out-and-out synth plug-in, Portal allows for all manner of granular effects when placed alongside a sampler within your DAW. An added advantage is that it can be placed on audio tracks, alongside synth-based tracks.