It’s not often we’re left open-mouthed by how good a synth is, but Cube has us gawping like village idiots 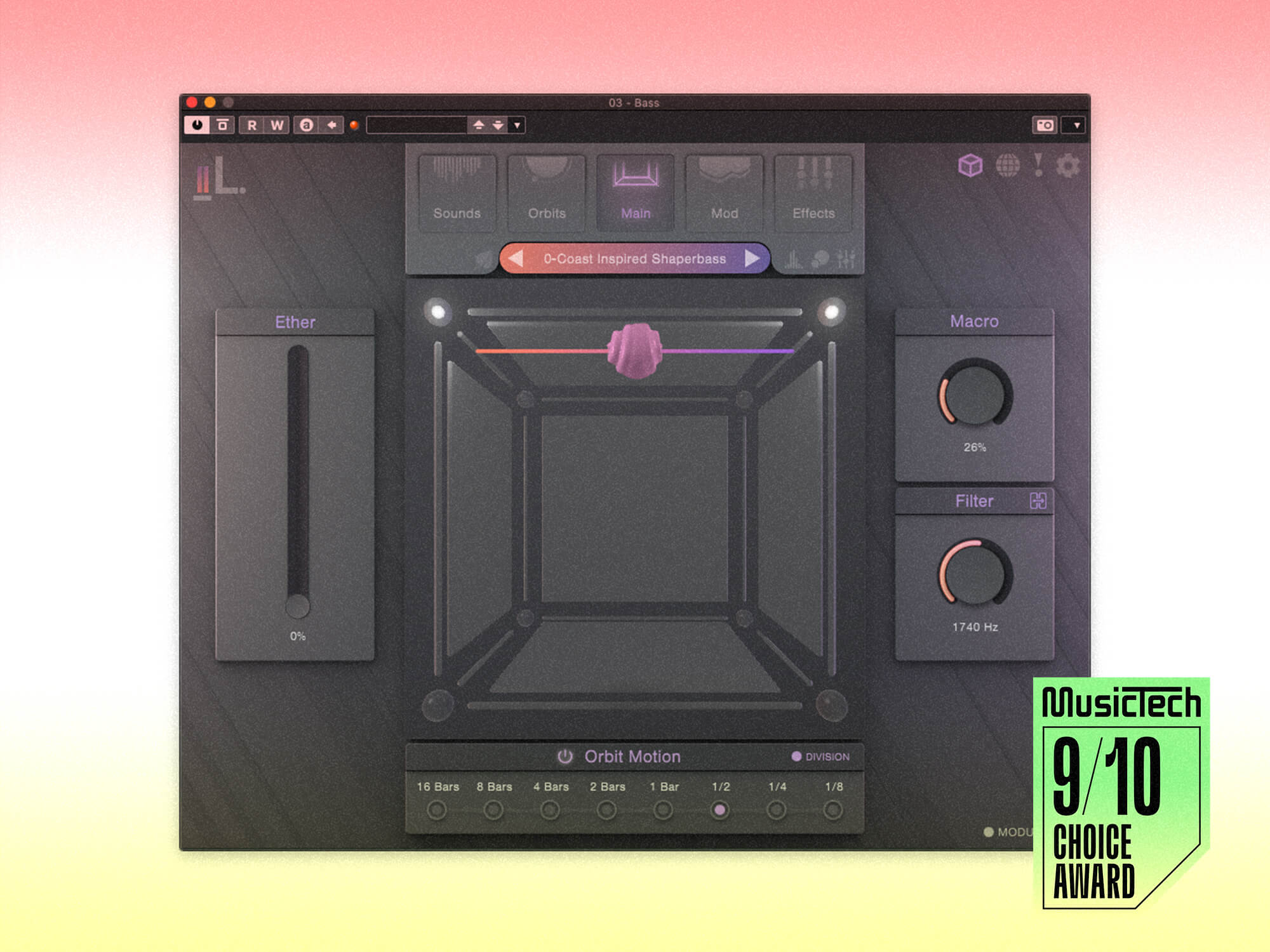 ⊖ Pricey, but you get what you pay for


Vector synthesis, the brain-child of synth guru Dave Smith, may not be as widely used – or even known – as the likes of subtractive or FM, but back in the 80s and 90s it promised a solution to the otherwise identikit sample-based synths of the time. It works by assigning a sound to each corner of a theoretical square, and blending between them using X/Y vector values from a joystick or controller sequence.

Now, imagine adding a third dimension to that square. What you’ll end up with is Cube, the astonishing first offering from new kids on the plug-in block Lunacy Audio. 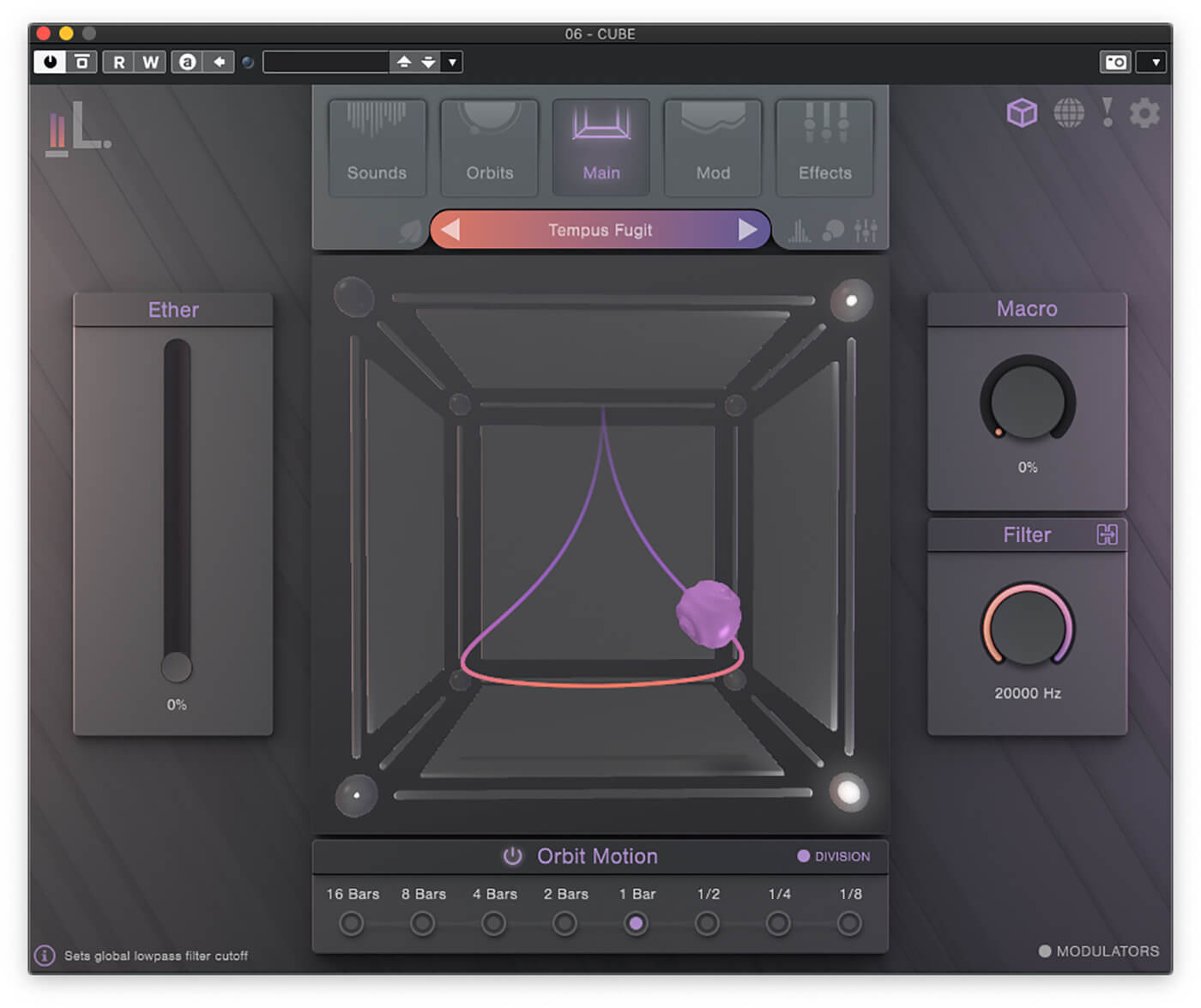 At the heart of Cube, and dominating the main screen of its interface, is a 3D cube with a capable sample-and-synthesis engine occupying each corner. A floating orb takes on the role of vector joystick, its position determining the blend of sounds that’s heard. The orb can be dragged around with the mouse, have its position driven by modulation sources or, most interestingly, be attached to an Orbit.

Orbits are 3D paths drawn within the cube that the orb will follow, either in sync with your DAW or at a freewheeling speed that you dial in. There are 40 preset Orbits provided, from simple there-and-back-again bounces to convoluted, twisting pathways through 3D space that constantly produce shifting tones and sonic details. If none of the included Orbits suit your needs, a built-in editor lets you design your own.

Complex visualisations can add a lot of strain to your DAW’s graphics pipeline for very little benefit beyond looking nice, but this is not the case with Cube. The plug-in has its own dedicated graphics engine that leverages your computer’s OpenGL graphics acceleration, thereby removing the additional graphical strain from your DAW. 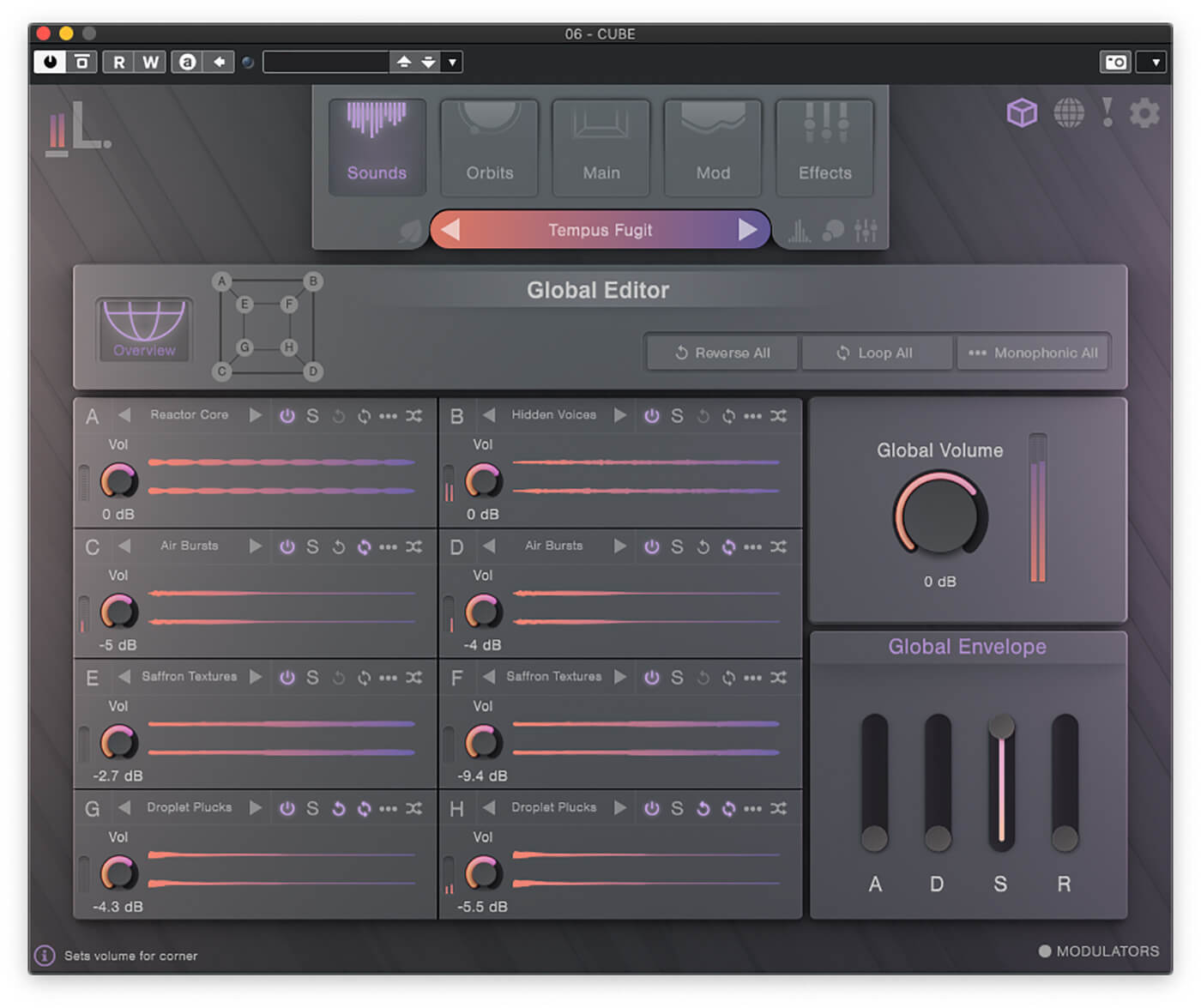 And it’s just as well, because the cube’s visual feedback is surprisingly detailed: the orb ripples and pulses in sympathy with the synth’s sound, and casts a shadow that helps with judging its near/far position. Orbits are drawn in detail, too, while lights located on the cube’s corners indicate how much they are contributing to the sound at any time. You can even tilt and move the cube slightly to help get a better view of all three dimensions.

Each of Cube’s eight sample engines offer basic sample editing and looping, filter section, and envelope generator. Each also has a built-in arpeggiator that creates movement and rhythm in the sound. The synth comes with over 100 built-in samples, with more available in the form of add-on packs. Best of all, you can drag your own samples in too. 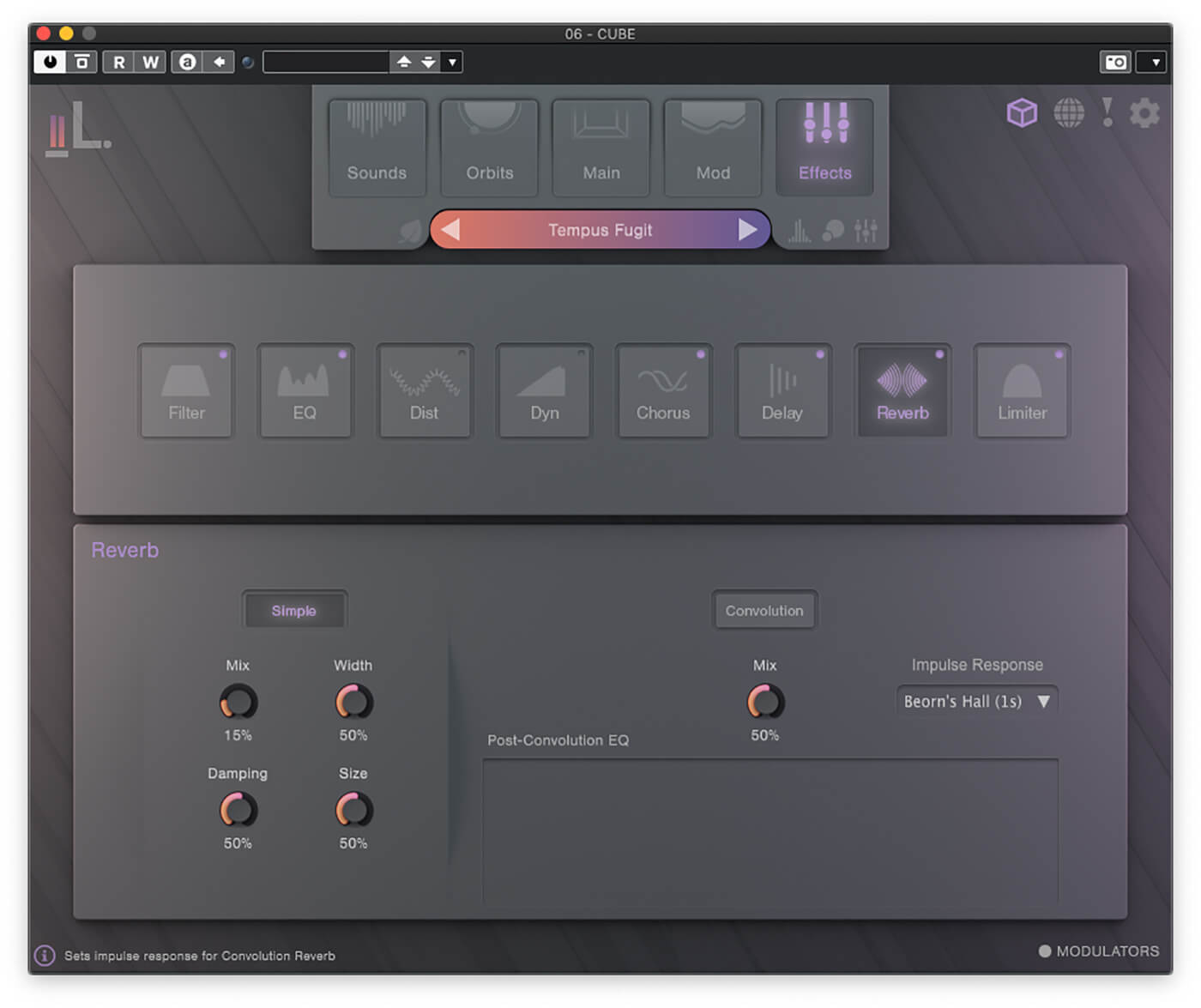 Such movement can also be achieved via any of Cube’s four low-frequency oscillators (LFOs), which can be freely assigned to any of the synth’s parameters via a simple drag-and-drop within the interface. There’s also a Macro dial, located next to the cube visualisation, which acts as a further modulation source. Managing modulation for so many potential destinations can become a bit mind-bending, even with the help of the included Mod Matrix view, but Lunacy Audio has made the system as easy to use as is possible without compromising functionality.

A comprehensive effects section adds a final dollop of sparkle and polish to Cube. This offers a global filter (with a cutoff control dial shown in the plug-in’s main view), EQ, distortion, dynamics, chorus and phaser, delay, reverb and limiter.

In keeping with the spirit of classic vector synthesisers, Cube’s particular talent lies in creating ever-evolving sounds that contain near constant movement and ceaseless sonic changes. And, as ably demonstrated by the generous collection presets, it put this talent to many different uses – pads, of course, but also basses, leads, special effects and arpeggios, all of which are more sonically complex and varied than what many other synths can produce. At nearly €250 (or a shade over $300), Cube is not exactly an impulse buy. However, what you get for your money is an instrument that sounds awesome – one that you can spend years exploring without ever reaching the boundaries of its startling breadth and depth.