Loopcloud was always the best way to manage your Loopmasters samples, but now it’s finally the way to manage all of them. We hit ‘loop’… 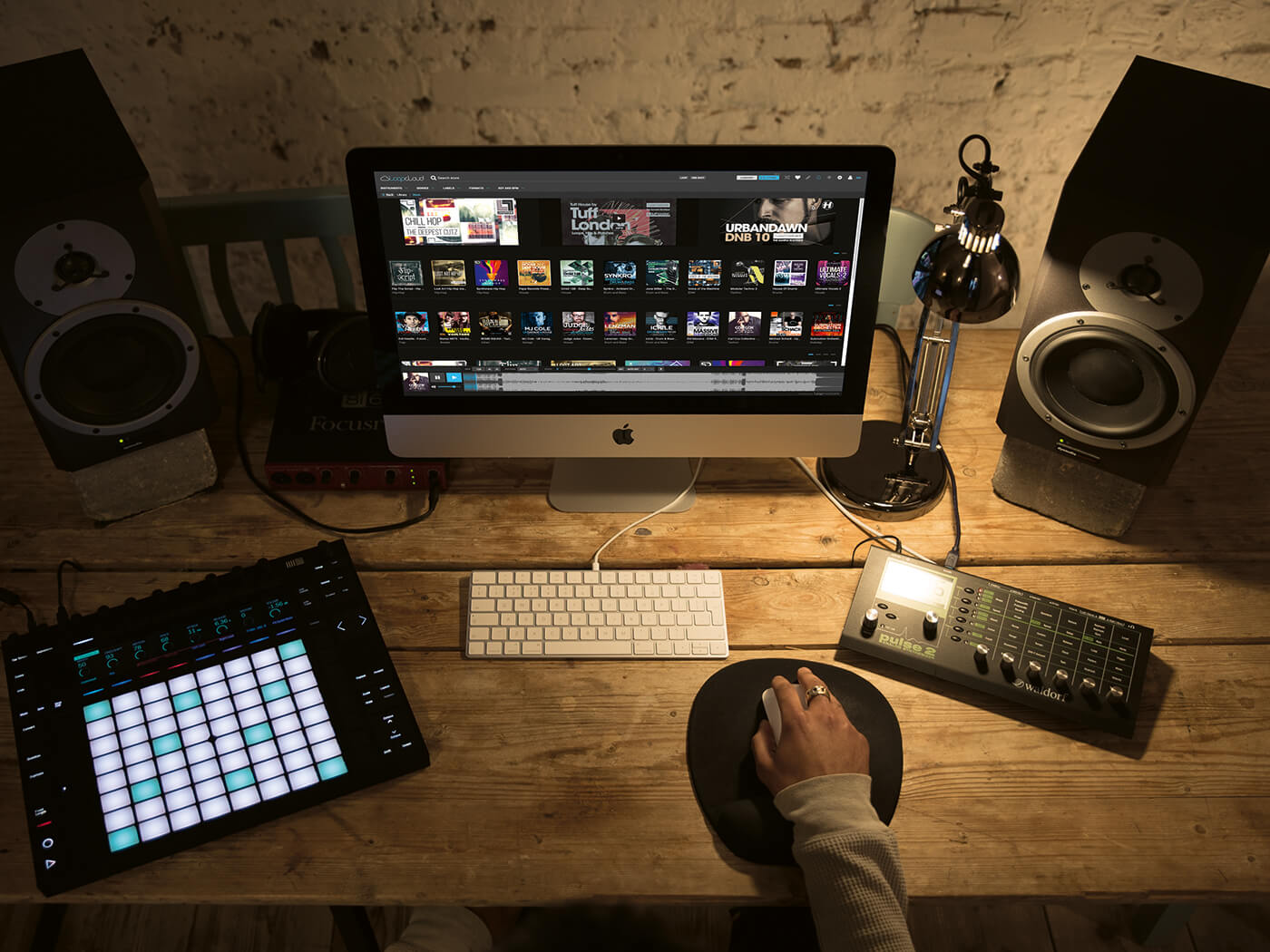 It only seems like a few months ago that we reviewed the second incarnation of Loopcloud– and that’s because it was! Loopmasters isn’t sitting still with this one and while v2.0 introduced some much-requested features, the big expectation for the Loopmasters sample-management plug-in has always been the promise that, just around the corner, it would manage not just Loopmasters samples, but your entire collection.

That corner has been turned a mere six months later – so here we are at Loopcloud 3.0, and it could be the version of the software you’ve been waiting for…

But what exactly is Loopcloud?

Sample-management software sounds boring, but when you consider what this software plug-in has set out to do from the off, you should think differently. Version 1 of Loopcloud was all about drafting in your Loopmasters samples through a rich, searchable interface, that sit within the plug-in ‘live’ – actually up in a cloud, so you need an internet connection – as you produce your music.

The big draw here was searchability and tempo matching. You’ve got some musical ideas but you fancy some – say – big piano riffs or dance beats. Search by instrument, genre, label, format, key or bpm, and Loopcloud then homes in on the Loopmasters samples you own so you can audition them live and in tempo.

That was version 1. Version 2.0 of Loopcloud added more free content and a one-off 500 credits to buy more from the Loopmasters store, plus the news that Loopmasters was selling such samples ‘per sample’. Even better, Loopcloud 2.0 allowed you to audition samples in key with your DAW project. Now you could listen to how your Loopmasters samples sounded in both key and tempo, making your sample decision making even quicker.

And it works a treat, almost to the point that you think you’re cheating. But you’ll notice one thing if you re-read the above. The odd repetition of the phrase “your Loopmasters samples”. That’s all changing with Loopcloud 3.0, as it now tags all of your samples and gives you its sleek benefits and umbrella sample management over your entire collection.

I don’t know about you, but over the last few decades of music making, I’ve built up many GB of samples that I’ll constantly transfer over from one computer upgrade to another, yet all this time I’ve only ever used a tiny percentage of them in any tunes. So the thought of lifting the lid on that lot and being able to bring them easily into my modern production environment fills me with quite a bit of excitement, not to mention some dread. How good are some of my really early samples going to sound now? Or how bad?

I’ll give a quick overview of how Loopcloud works before focusing on v3.0. If you are new to it, simply register at loopcloud.net and download the software. Otherwise, just get the update and install. Either is free – did I mention that? Yes, Loopcloud has always been free but, of course, it makes buying Loopmasters’ samples very easy – that’s where the company’s money is made.

To get the software running, load a Loopcloud instance on an instrument channel and then open the Loopcloud app and your DAW and it will now be running in sync. As mentioned, you’ll need a (good) internet connection, as Loopcloud is (the clue is in the name) a loop-based system with all samples stored up there… wherever ‘there’ is.

The best way to describe how it works is that you’ll have a few ideas running over a few bars, as often seems the way in computer-music production. You decide you need a sound and then search for it via main search subjects across the top of the GUI with subcategories. Tempo is sorted for you, but with the Auto Key feature, you can either select the key of your track and then Loopcloud searches for all of the original samples in that key or, better, it auto-tunes the samples you are auditioning to the key of the tune in your DAW.

While this does work really well in most instances, you will find some samples – some guitar chords or evolving pads – that it might not be able to deal with, but in general, it’s very good indeed. The only problem you may have, as I did, is working out the key of your original tune. I never was (whisper) that musical.

Finally, all samples you’re checking out can also be processed by your DAW’s effects in real time, so you can hear the impact of each in a mix context.

Whether this is your idea of creativity is another matter; it’s a more philosophical question, perhaps. Certainly, a lot of DAWs throw similar idea curveballs at you when you use them (I’m thinking Live and FL Studio in particular) and we love them all the more for it. I’m therefore not going to criticise Loopcloud for offering new ideas, but do try retaining your original ones to return to.

I covered the Loopcloud store more in my last review and, suffice to say, it’s incredibly slick and will have you auditioning samples (and buying them) with ease, although thankfully, it’s not something you can really do by accident.

On to the headline with version 3.0: your own sample management. This is simply a matter of dragging your samples into the Loopcloud environment by folder. I started with my all-time favourite BT Breaks folder and Loopcloud impressively picked up many of the sample tags, such as bpm, sample type (WAVs etc) and content type (loops and so on).

What it doesn’t do is fill in some tags such as genre which, until AI reaches HAL levels of sophistication, you’d hardly expect it to. Instead, the very easy-to-use Tag Manager lets you fill in the gaps, which might seem quite a task if you have a lot of samples, but it does let you do this by batch – just Ctrl+right-click to select the samples – which saves a lot of time. I’d thoroughly recommend doing this, too, as the search part of Loopcloud is really what makes it.

I then tried some more tuneful ambient pads, a much bigger folder of more recent samples on my drive, and again the results were impressive. This time, the original key of each was picked up in every instance, so the aforementioned Auto Key feature worked a treat. I also have to say that the whole process was very quick indeed. Folder by folder, I reckon I could spend just a couple of hours transferring my sample collection into the Loopcloud environment.

Even with the limited number of folders on my hard drive that I’ve uploaded to Loopcloud so far, I’ve rediscovered some audio gems. Actually, I’ve discovered some gems that I’d not heard before and the whole process has made me less guilty about carrying this collection of old samples from computer to computer for so long. Adding it to Loopcloud has reinvigorated it, and my music making. With v3.0, Loopcloud has come of age. It was always great, but now it’s essential.

Of course, you don’t absolutely need Loopcloud – you can quite easily audition samples in any DAW and many of them will put the ones you’ve selected in tempo for you as you do. However, what Loopcloud brings to the table is pitch adjustment, fantastic searching all behind a slick interface. And what v3.0 adds is an invitation to your entire sample collection. What you think you might not absolutely need, you might well consider essential once tried.

The so-called Spotify for samples. You can search for samples by genre, but it still seems a little sparse and in its infancy, so we’d say this is one to watch. They have a great URL, though!

More ‘music social network’ than sample supplier, but Splice does sounds and various plug-ins for different subscription fees. There’s lots of collaboration encouragement, plus advice along the way.