The modulation-centric soft synth gets a much-needed sonic boost from some unusual new mod sources and a powerful new granular engine. 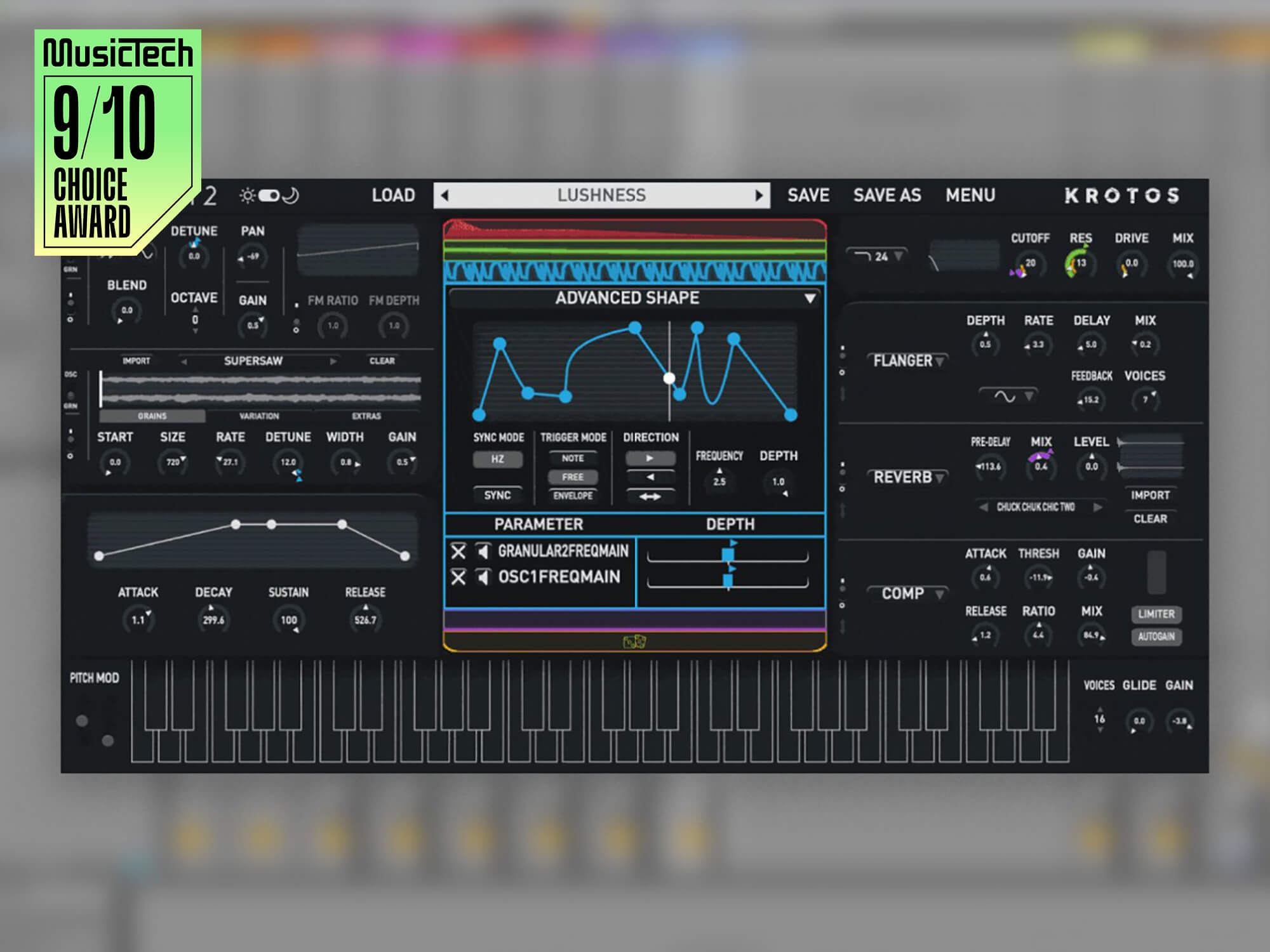 ⊖ The lack of a sample player feels like an obvious omission

When Krotos Audio entered the soft synth world in 2020 is came as a surprise to many. Having already built a dedicated following with film and game-focused sound design tools, the Edinburgh-based developer took things in a new, more musical direction with their debut synthesizer, Concept.

An ambitious, visually distinctive instrument, the original Concept had serious sonic potential with its intuitive and innovative modulation routing system. Now, Concept 2 is here to up the ante with an expanded preset library, even more modulators, and a mighty new granular engine.

So, if you weren’t interested before – should you be paying attention now?

The undeniable centrepiece of Concept 2 is its new granular capabilities. A common critique of the original instrument was that its oscillators were solid but not exactly inspiring, meaning that most sonic interest came from the modulation section. The team at Krotos Audio has addressed this by adding two fully-featured granular oscillators that users can mix and match with the original waveform generators.

Swap in one of the granular modules, and you’re greeted by a waveform view of the audio file you’re using, a button to browse the included sample library or import your own sounds, and three control tabs – Grains, Variation, and Extras.

In the Grains tab, basic options set the playback start point, grain size, and the rate (in Hz) that grains will play when you hold down notes. Variation is where things get interesting; here, you can add some randomisation to the pitch, volume, size, start point, rate and more. Lastly, there’s the Extras tab which has, among other things, an inbuilt FM circuit that you can toggle on to give your sounds some extra grit and growl.

One UI element that stands out is the waveform display. Krotos Audio has taken pains to make the visualisations genuinely useful. A close look at the waveform view can help to show you how all those granular settings are chopping up and re-ordering the audio.

In terms of source material, there’s an expansive library of 300 sound files for you to slice and dice – these range from instrumental textures and ambient environments to Foley recording and animal calls.

Having two granular sources at once can lead to some truly unusual textures, but perhaps more helpful would be a straight-up sample player. The ability to pair one of the granular oscillators with one-shot samples would be a fantastic addition to this synth.

A large part of the original Concept’s charm was its versatile, extensive, and surprisingly straightforward modulation system.

As well as providing traditional modulation sources such as LFOs and envelope generators, Krotos draws on its experience building plug-ins for creature and character sound design. The result is less-common modulation sources including audio-input, and an X/Y performance capture pad. This approach lets users drive modulation in a more performative way by using voice, instruments, sound files, or gestures.

Krotos Audio has wisely avoided tampering with this architecture and opted to add a cherry on top. That cherry is the ‘Advanced Shape Modulator’ that lets you build complex LFO waveshapes or envelopes using breakpoints and curve tools.

Ultimately, Concept 2 is more of an evolution than a revolution, and aside from the new granular oscillators, the focus is clearly on incremental improvements.

For example, there are now 160 different impulse responses for Concept’s convolution reverb, coupled with the ability to drop in your own sound files to make some bona fide bizarre convolution effects. The preset library is much larger, featuring a whopping 700 options covering music production, film scoring and sound design.

The minimalistic UI is mainly unchanged, and while it may not offer the kind of eye candy you get with some software instruments, there is a new dark mode option that’s far more legible than the original’s white and grey scheme.

Concept 2 is a well-considered update squarely aimed at addressing the shortcomings of its predecessor. The slightly unusual layout and routing system may not be to everyone’s taste, but once you get comfortable with the UI, there’s a wealth of great sound to be found here.

The new granular oscillators are impressive, both for the degree of control you get and how easy and intuitive they are to use. The addition of FM synthesis in the granular oscillators is a nice touch, too. Once you couple all this with the instrument’s powerful modulation system, things look pretty good indeed.

If you already own the original Concept, then this is a no-brainer – it’s a free update that adds lots of great functionality. If you’re considering making a new purchase, then it comes down to what you’re looking for.

If you’re just looking for some solid leads and basses, then you might better spend your money elsewhere. However, because Concept 2 puts modulation at the core of the workflow, it rewards those who are comfortable with a bit of experimentation. If you’re looking to get your hands dirty, then you’re in the right place.