This dramatic drum ensemble can help you add climactic percussion to your soundtrack and an intense pulse to your rhythm tracks. 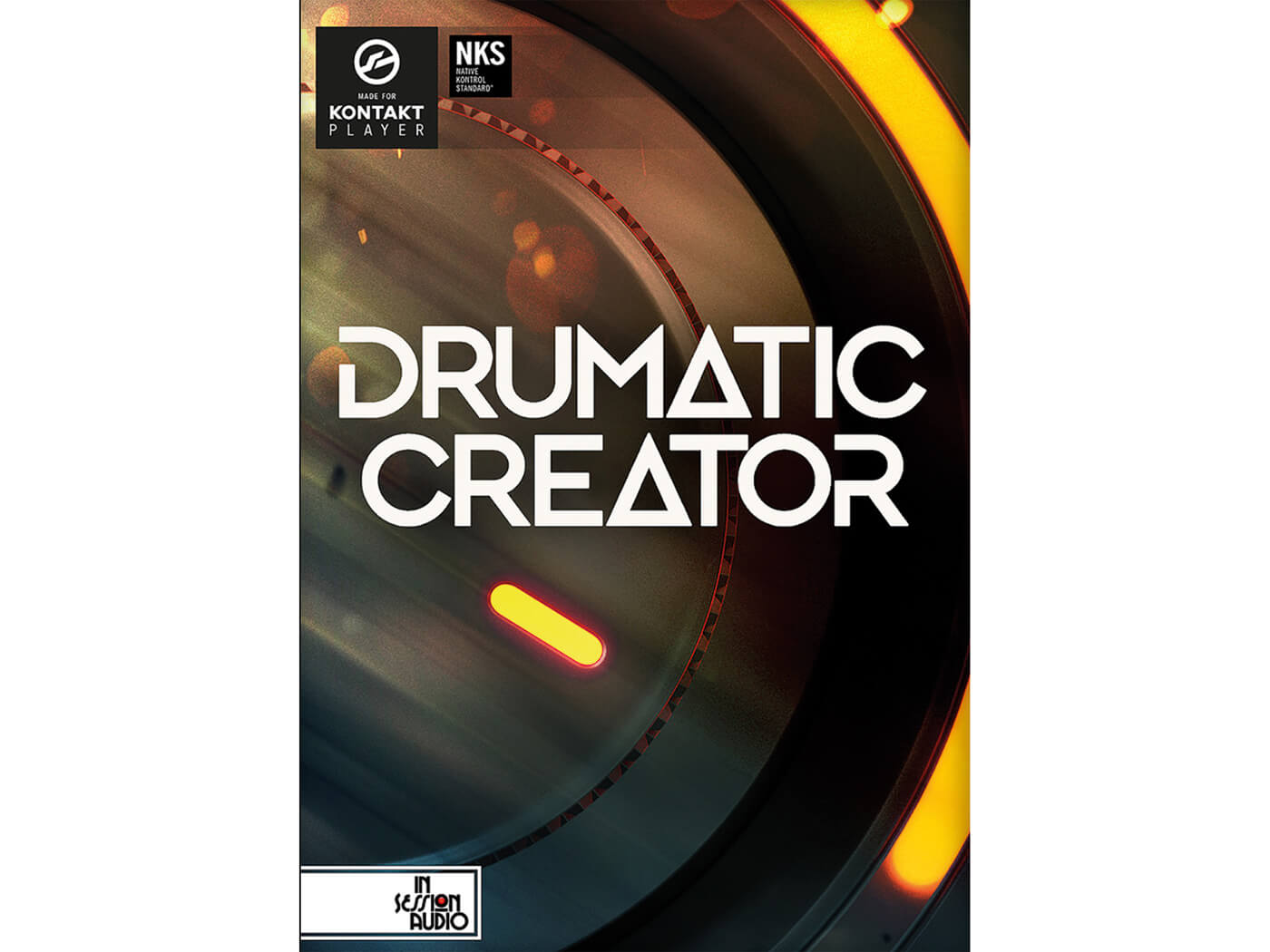 Think of a dramatic action sequence from one of your favourite flicks. Maybe it’s an intense close-quarters fist fight. Perhaps its a good-old honest-to-goodness car chase. It could even be the climax, which might see your protagonist striding heroically into a hostile landscape overrun with menacing enemies. Now think about the music that was used for that sequence. The chances are that it was underpinned by massive-sounding drum ensembles bashing out exciting, almost tribal-sounding rhythms and beats.

The easiest way to recreate these kinds of pulse-quickening sounds from the comfort of your studio is to reach for a sample library that can facilitate such constructions. The new Drumatic Creator by Nashville-based In Session Audio, a library for Kontakt and Kontakt player, specialises in creating exactly this kind of dramatic percussion. 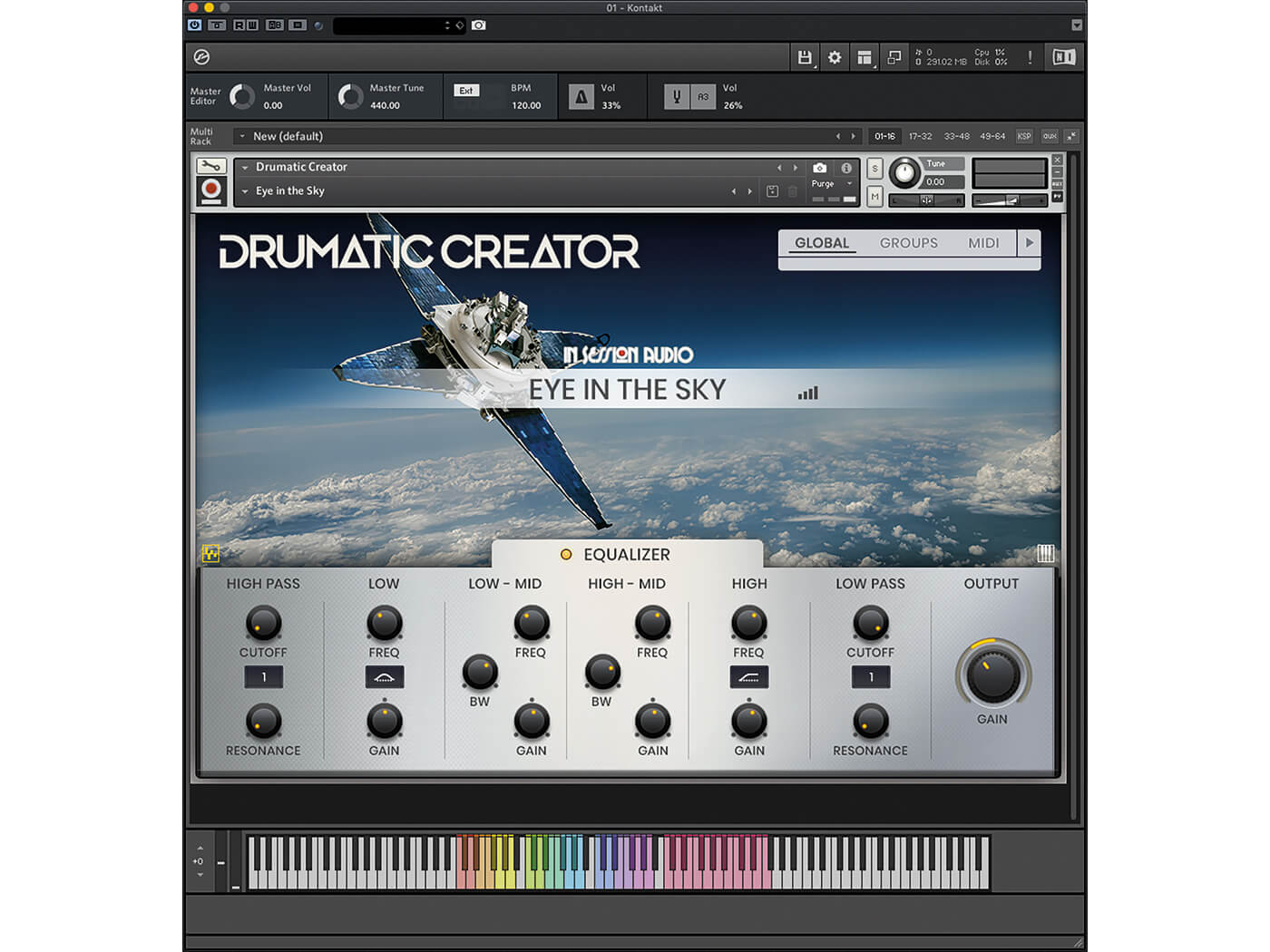 Many drum-ensemble libraries sample sounds played by the drum groups within an ensemble, a group being a set of drums struck in unison. But in Drumatic Creator, each instrument has been sampled individually, and these are combined into groups within Kontakt using ISA’s custom-built Kontakt scripts. This maximises the user’s control over the sound of an ensemble: you can choose which drum sounds to include in a group, control the pitch and tone of those individual samples, as well as those of the group as a whole, modify the timing precision between the group’s instruments, and more.

The starting point is the samples themselves. These are arranged into three categories: Drums, Percussion and Auxiliary. Instruments in the drums category have been sampled at seven velocities, with six variations per velocity layer, triggered in a round-robin fashion (that is, Kontakt steps through each variation every time the instrument is triggered). There are seven instrument types – kick drum, surdo, tom, rototom, tenor tom, frame drum and snare – and multiple examples of each instrument.

The percussion category contains samples of drum sticks, bamboo rods, hi-hats, anvils and trash cans, again with multiple examples of each. There are between four and five velocity layers, depending on the instrument and, again, six variations per velocity layer.

The auxiliary instruments cover a wide range of sounds, including cymbals, drones, sound effects and so on. Some of these are one-shot samples, some have velocity layers and some have round-robin variations. 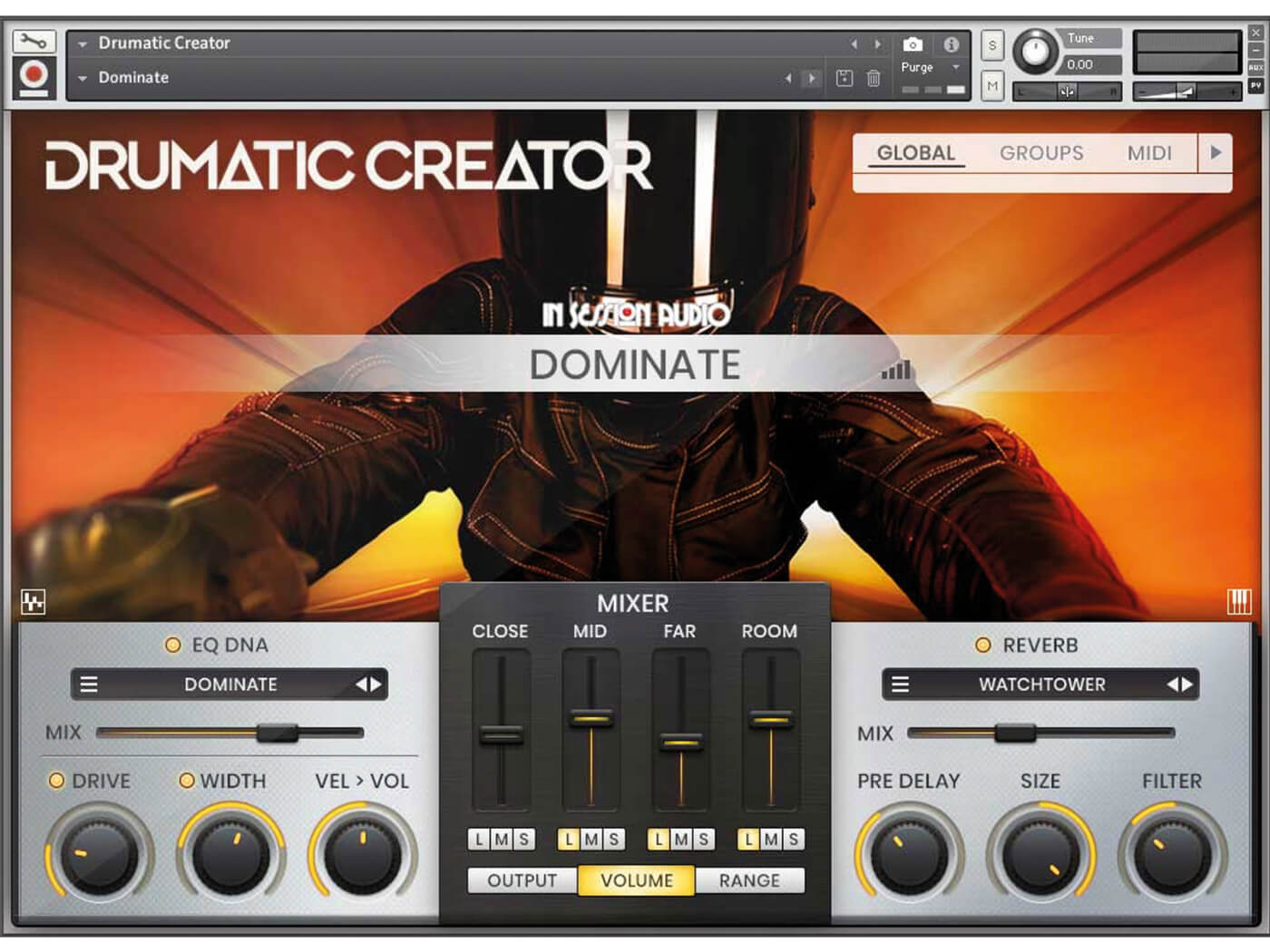 Kits in Drumatic Creator consist largely of sets of grouped drums, with each group assigned to a pair of keys for triggering, which makes fast rolls and trills easier to play (the pitch of the group remains the same no matter which of the trigger keys you use). Drum groups are assigned to pairs of white keys and percussion groups to pairs of black keys.

Each group can host either drum or percussion instruments, with slots for loading up to nine instruments per group. Each slot has independent volume, pan and pitch controls. The group itself sports a pair of resonant filters, attack and release time controls, and group-wide pitch and volume controls.

Groups also feature a Unity control. This introduces a delay to the triggering of each instrument within a group, mimicking the reality that not everybody in a group of drummers will hit their drum at precisely the same moment. The delay is not random. Rather, one of a series of delay times, from 0ms to a maximum of 40ms, is assigned to each instrument in the group in turn. Each drum within the group takes its turn to be bang on the beat before heading off the beat with each subsequent hit and then rounding back to the on-the-beat hit again.

Things are different for the auxiliary instruments, which do not use groups, and can only assign a single instrument to each key. Per-instrument volume, pan and pitch controls are still available, and each auxiliary instrument also has independent attack, release, sample-start offset and sample-reverse controls.

At the global level, Drumatic Creator kits have access to a 4-band EQ with two fully parametric mid bands, and low and high bands that can be switched between bell and shelving curves. The EQ module also features high- and low-pass filters. A second layer of EQ is available in the form of EQ DNA, a convolution EQ that uses impulses to match the EQ to that of the impulse – there are 22 impulses here. The built-in reverb generator is also of the convolution variety, and boasts 20 impulses. 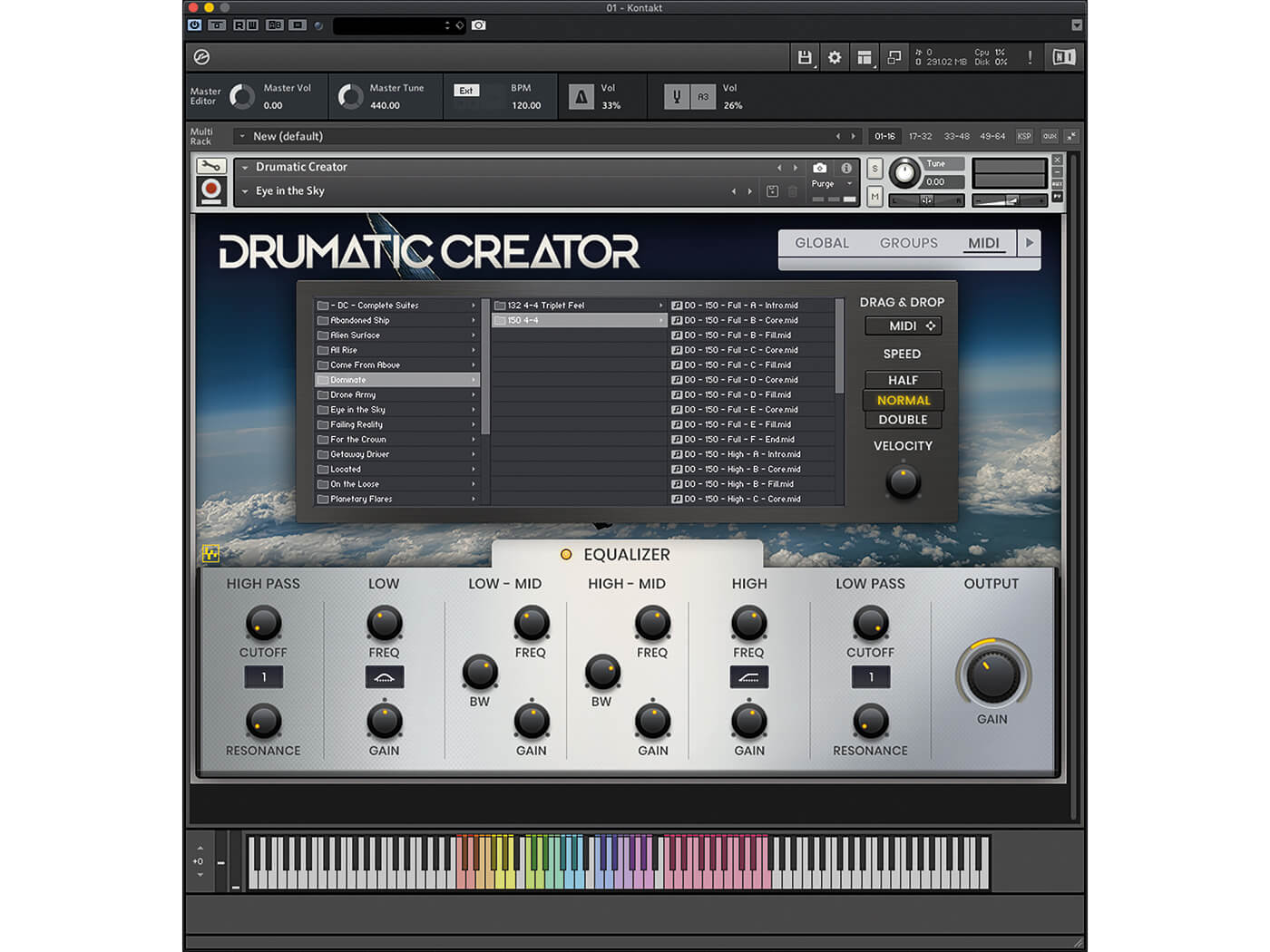 With its many velocity layers and variations, there are a lot of samples within Drumatic Creator. But that’s just the start of it. Each sample was recorded with four different mic pairings – close, mid, far and room – and each pair has its own bank of samples to contribute to an instrument. The relative volumes of different mic couplings can be adjusted, as can their apparent distance from the sound source. You can also route each pair of mics to a different Kontakt output.

Mic pairings can be individually enabled and disabled – which is just as well. The rather hulking fly in this otherwise perfect ointment is that, with so many instruments and layers involved in just a single hit, and with many hits having significant release stages, the number of voices used by Drumatic Creator can ramp up to astonishing levels, which takes a commensurate bite out of your system resources. However, with results so astonishingly good, it’s tough to begrudge In Session Audio too much. But even those with powerful machines are likely to need to bounce or freeze their Drumatic Creator parts if they want to add many more instruments to a project.

Drumatic Creator also boasts a built-in MIDI pattern player, along with a large collection of patterns. While each pattern is designed for use with a specific preset kit from the library, those kits assign similar types of instrument to each group/key, and so any pattern will work well with any kit. You can also drag patterns out from the player and onto a track in your DAW.

It all adds up to a considerably dramatic package. Drumatic Creator is exquisitely good at creating thumping rhythms and hard-hitting beats via beautifully sampled drum ensembles that don’t limit the creative control of its user. 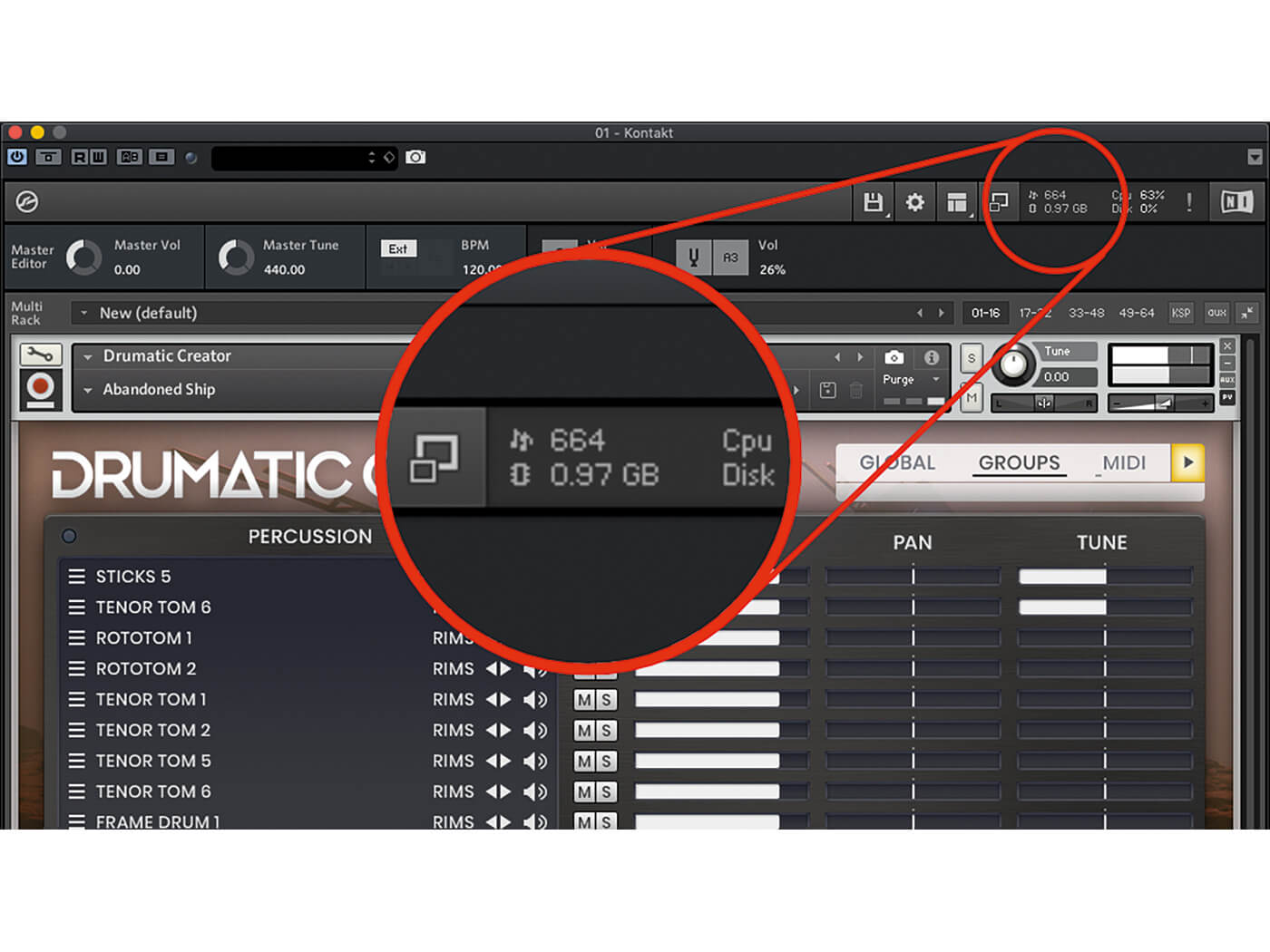 The dramatic power of massive-sounding drum ensembles stems in no small part from the almost primordial emotional reaction that they can elicit. It’s difficult not to be swept along by the infectious beats, sounds and counter-rhythms produced that come with rattling cinematic percussion tracks. It’s little wonder that drum ensembles are a mainstay of film and TV soundtracks, and if you’re in the business of writing such music, then Drumatic Creator is a must.

The impact and sound of a drum ensemble isn’t limited to composing for picture, though, and can find a place in many styles of music – aside from, perhaps, soft ballads. Best of all, drum ensembles can be a superb source of inspiration for new ideas. The expertly programmed MIDI patterns add an extra sheen of authenticity to this product too. 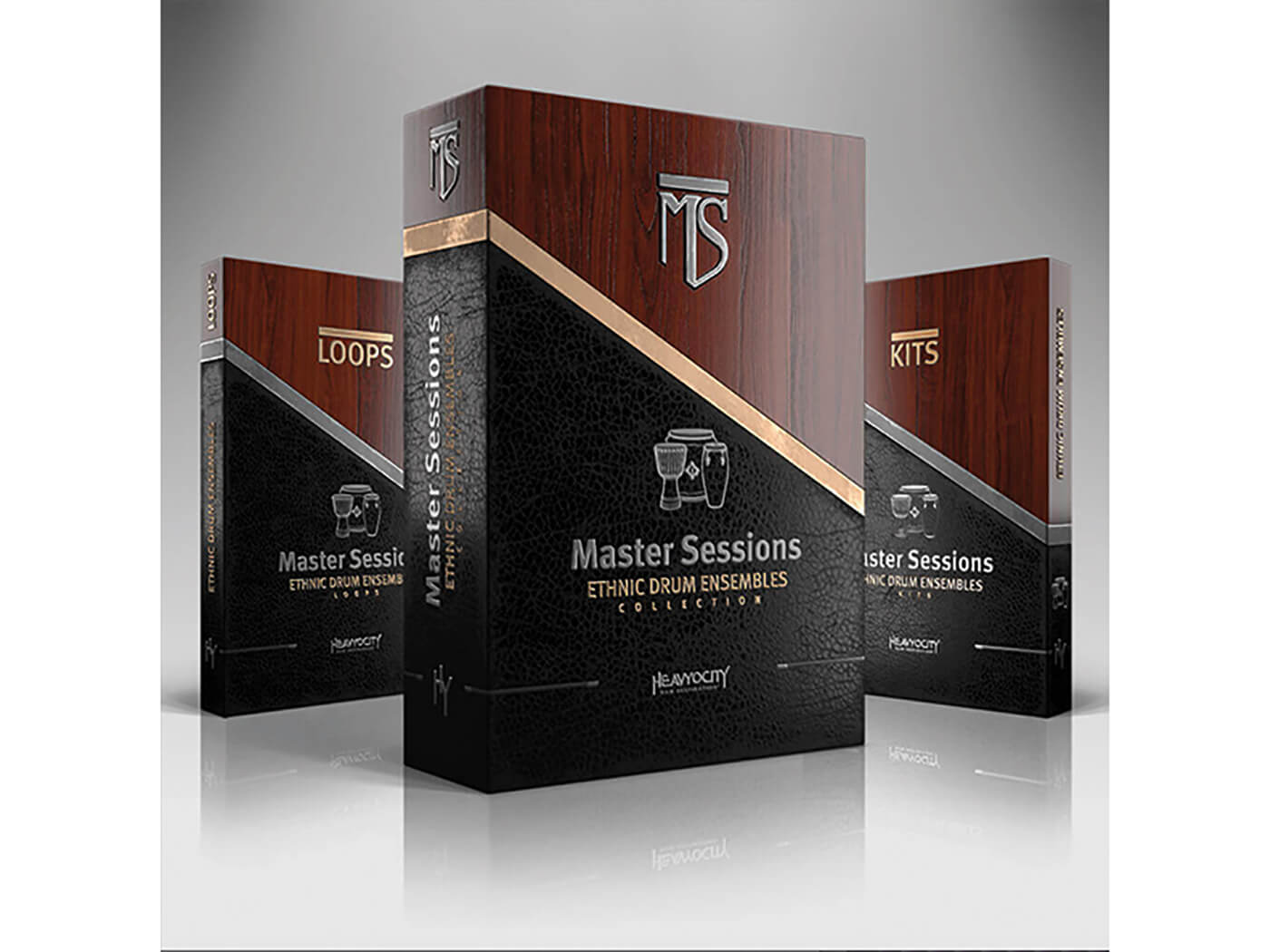 This Kontakt sample library is aimed at pro composers and features six unique multi-sampled drum ensembles and more than 375 percussion loops. Each ensemble consists of up to 12 drums, performed simultaneously. 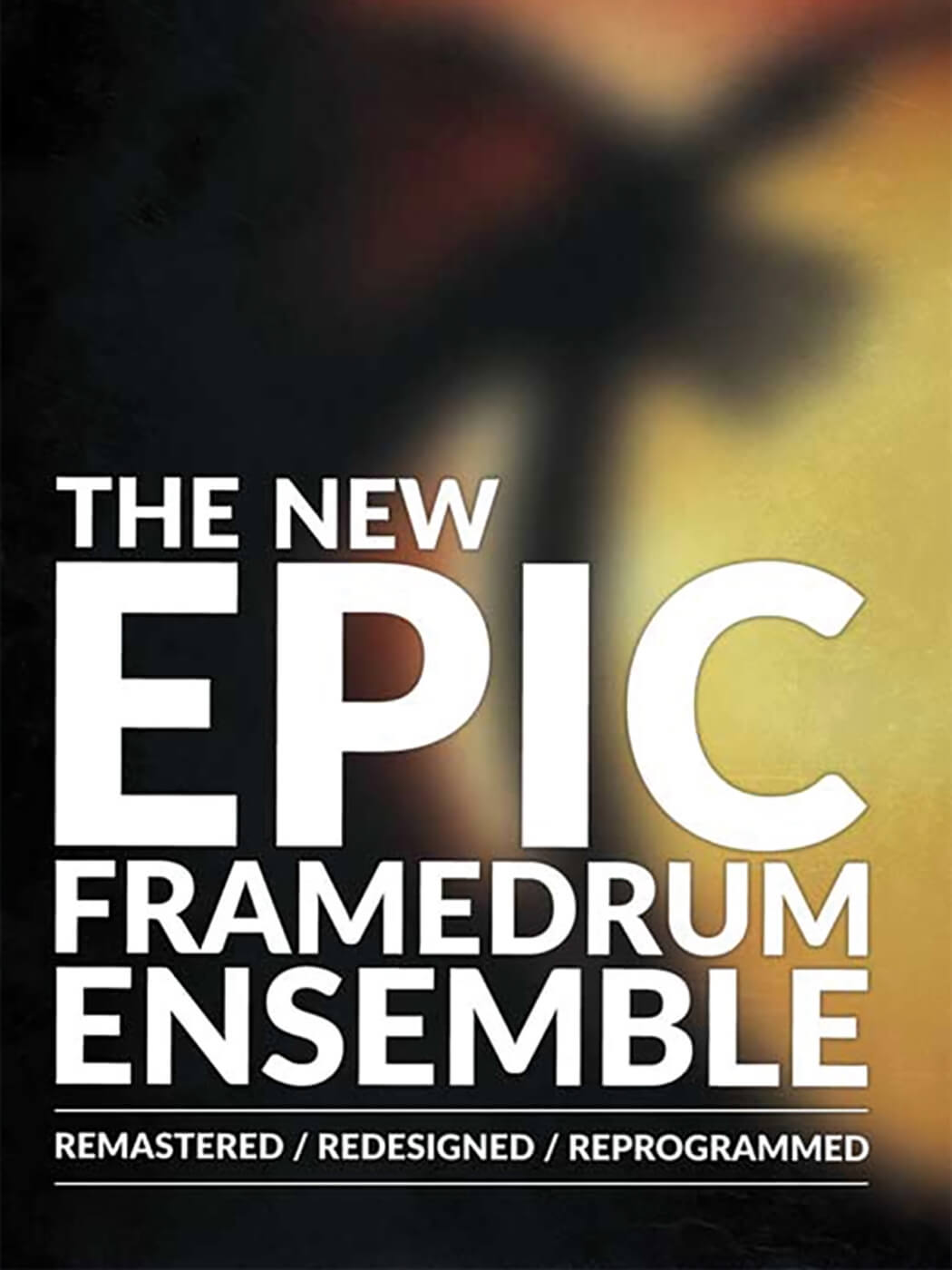 Focusing on frame drums, specifically those of the Irish bodhrán variety, as well as North African tars, Arabic riqs, Persian dafs and North American tribal drums. Each drum is sampled at 10 velocity layers, with 10 variations per layer. Additional effects and more than 1,000 loop patterns make this an alluring option.