A great application that really opens up UNO Drum. And it’s free! 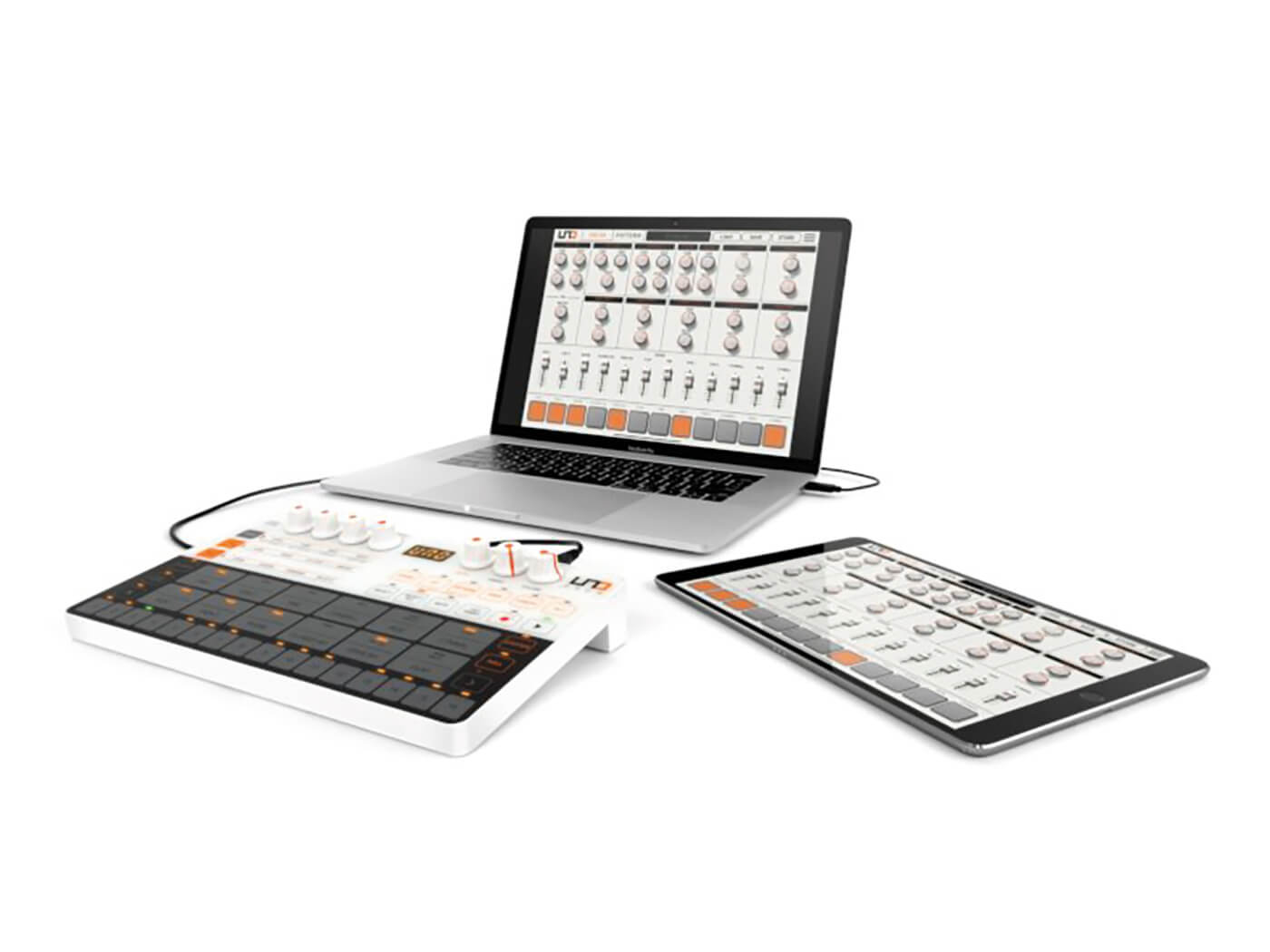 We reviewed IK Multimedia’s UNO Drum machine a few issues back and loved its portability and flexibility. Now IK have released a free Drum Editor for the unit, which is a very useful addition to the UNO Drum package.

You might need to update your UNO Drum to use the Editor. First, register your UNO Drum at the IK website (and get an account). You’ll then get access to the Firmware Update area on the website. Don’t do what we did, which was download the very first updater, which looks like a one-stop download for all IK products. You’ll need the actual UNO Drum Firmware update for Mac/Windows or iOS. Then simply connect up your UNO Drum via USB and it should prompt you.

Download the free UNO Drum Editor (from the UNO Drum part of the IK website). The software will take a moment to load in patterns and kits, and you then have a complete visual software controller for your UNO Drum. Or at least you will do if the MIDI out channel on the editor is set up correctly. Frustratingly, we got nothing until we realised this should be set to MIDI channel 1 (it was on channel 10 by default). Similarly, the MIDI Sync option had to be set to USB as by default it was set to Internal, so the patterns wouldn’t play. We got there after some frustrating head-scratching.

And we’re glad we persisted. The Editor really does open up the layers of UNO Drum with many options that are more hidden on the hardware, now on display in the software. You can therefore easily tweak individual kit sounds – Tune, Snap, Decay and Sweep – on screen, not to mention load in new sounds and easily mix the results.

In the Pattern area, you can also tweak and edit patterns, and even go into per-step detail, although it would have been nice to see a cursor rotate through each pattern as it plays – something for an update perhaps? There are also plenty of loading and saving options for storing presets on your computer or UNO Drum itself. The Editor runs standalone or as a plug-in, and is a must download app for UNO Drum users.