As EastWest’s collection of vocal libraries continues to expand, it’s time to get to the bottom of the operatic plot. 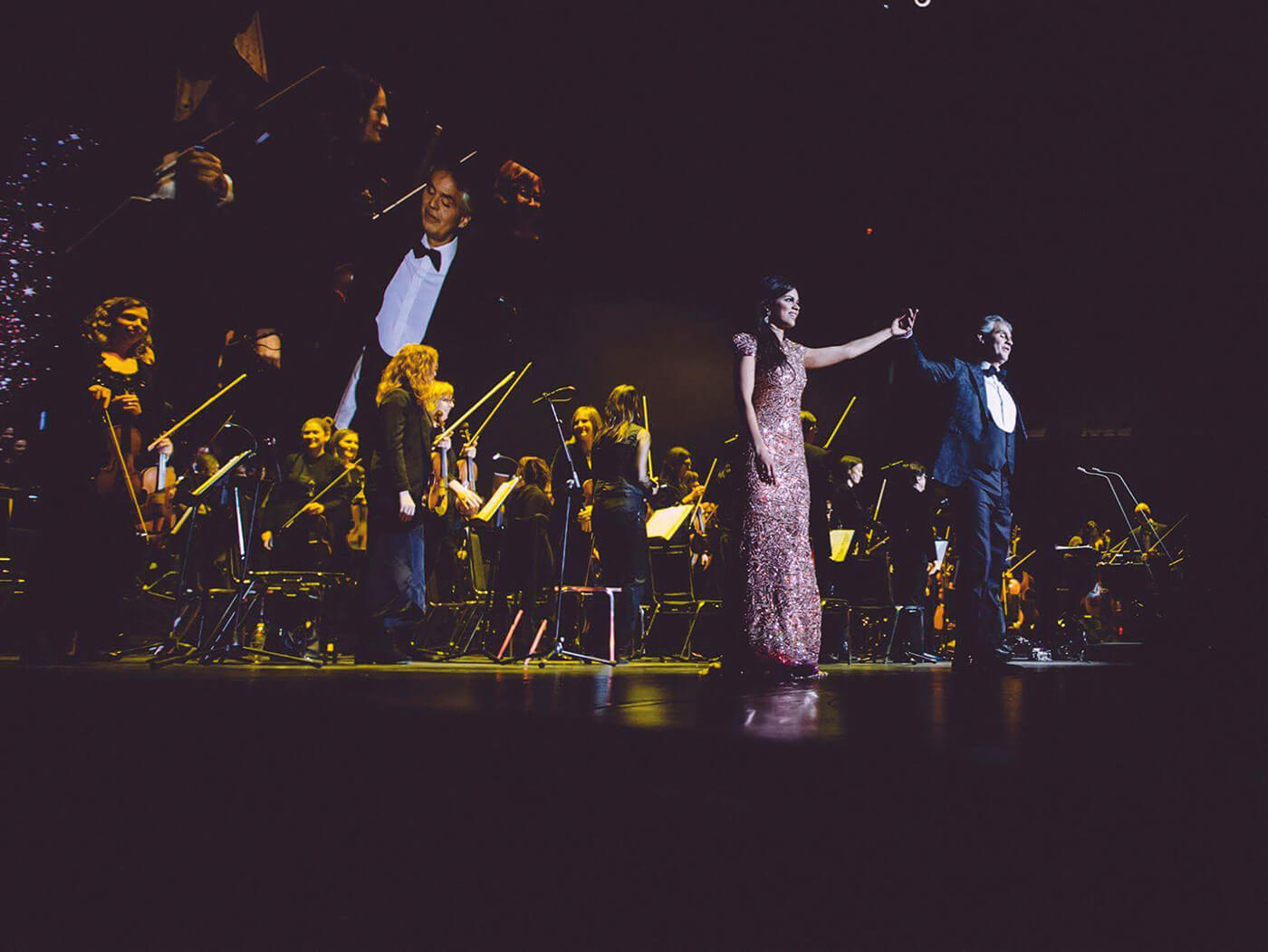 From the outstandingly epic Hollywood Choirs, to the more soloistic Voices Of The Empire and Voices Of Soul, it’s beginning to feel as though EastWest has a plan to leave no vocal stone unturned, with its latest library apparently going for a more grandiose, classical slant.

Although the biggest clue to its use is given by the name of the product, Voices Of Opera could move well beyond classical music. We’ve witnessed operatic performances in pop, ambient and soundtrack music before now, although I suspect this package will heavily appeal to many soundtrack composers, who might need a little flavour of the operatic on hand for those moments when jobs or creativity require it.

Sample capture has been undertaken with the usual meticulous attention to detail which EastWest has become known for, through the booking of two world-class performers. Larisa Martinez is an established operatic soprano, with an impressive roster of roles from productions such as La Bohéme and Rigoletto. She currently finds herself performing alongside Andrea Bocelli, as principal soprano on his world tour, while tenor Carlton Moe has an equally enviable CV drawn from opera and classical music and is currently performing in the Andrew Lloyd Webber musical Phantom Of The Opera, on Broadway.

With such enviable talent available, EastWest has chosen to follow its familiar route, with sample capture presented as three mic mixes, namely Front, Rear and Room microphone settings, all made within the inner sanctum of the EastWest studio complex.

Patches are also presented in a familiar form, through their latest incarnation of Play software. So diving right in, I start with the sustained patching, of which there are five offerings of Ah, Ee, Eh, Oh and Oo, for both soprano and tenor. The overall sound is very convincing and pleasing, with each sample being a single shot, rather than an endlessly held loop. You’ll get around five seconds of each note, and while stacking them up in triadic form sounds highly impressive, I do become aware of a number of slight inconsistencies in note lengths.

As the pitch range extends, there is some excellent consideration to the timbral detail of each note release, with equal care taken at both ends of the dynamic spectrum. It’s highly convincing and believable in this setting, with the occasional inconsistency of note length merely adding to the humanistic aspect of what is on offer.

There are some nice contrasting subtleties between each performer; Larisa’s soprano feels calmer, with a less speedy vibrato, whereas Carlton’s tenor seems to evoke greater timbral passion, through an increased vibrato speed. This isn’t an issue in itself, but they do seem to contrast rather than ultimately marry as two distinct sound sets. Yet as is the case with all sample libraries, it rather depends on what you want and the setting where you think it might be employed. It’s entirely suitable in this sense, and as such, it offers options.

The sizeable collection of staccato patches is drawn from largely percussive-sounding syllables and plosives, with choices such as Don, Goh, Toh, Na, etc. The very nature of these syllables is beautifully aggressive, at least for the most part, which can be exploited under keyswitching in order to put something together which could be considered musically interesting, while not necessarily textually coherent. It is very effective, but it’s less Word Builder and more Karl Jenkins made-up-language territory, but impressive nonetheless. 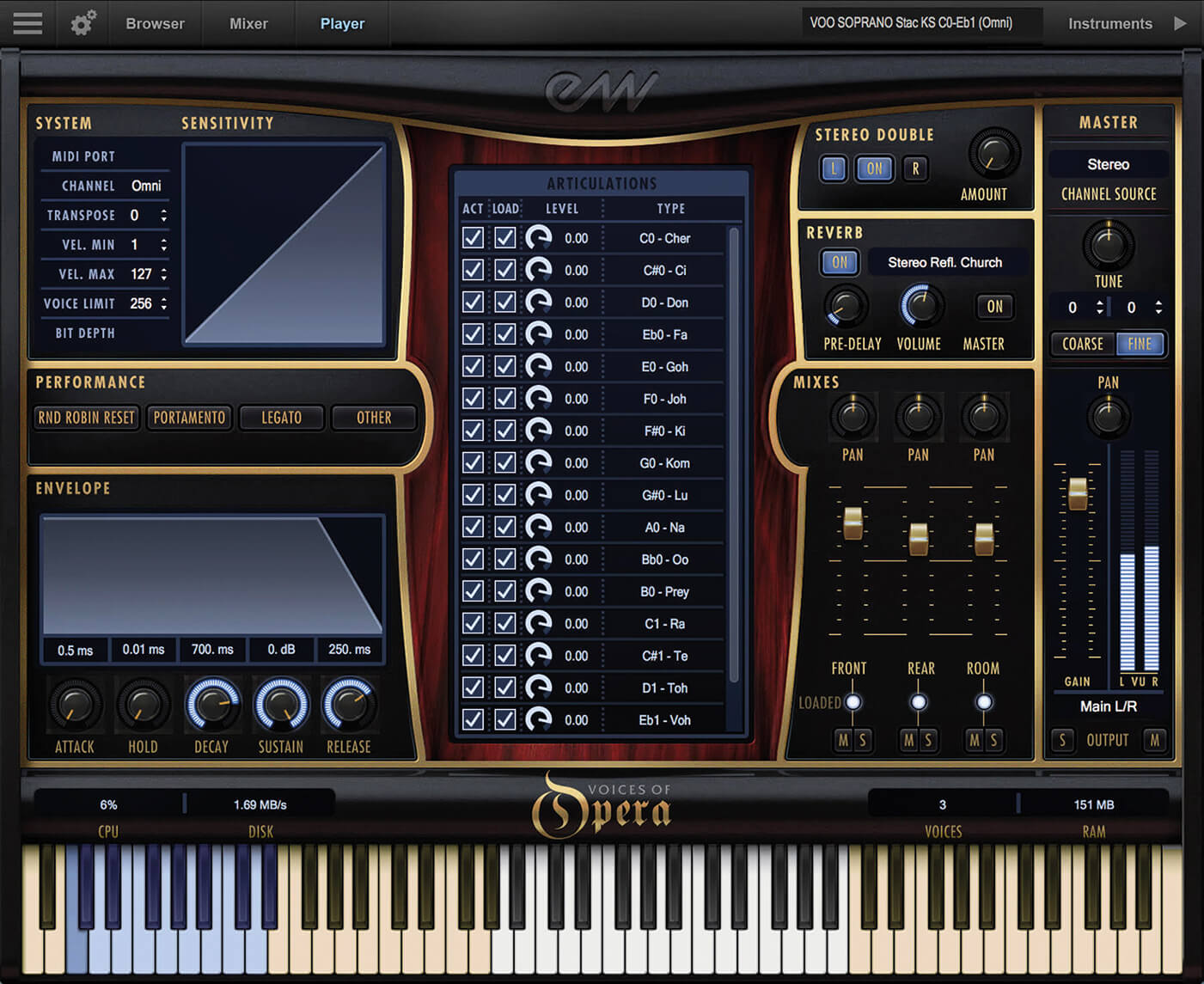 If you’re looking for something which makes more grammatical sense, there is a very healthy smattering of both individual Italian words and phrases, which have been drawn from the world of opera. The word section features 42 Italian words, which are essentially sung to a chosen mono pitch. These sound authentic, but are regrettably not open to any form of word building or control of rhythmic element, performed in each case as a syllable-per-slow-quarter-note. It would of course be pretty easy to place a given phrase in a DAW environment and splice it to suit your needs, but given EastWest’s fantastic work with Word Builder technology, I can’t deny that this would have been a valued provision within this suite.

The phrase section goes even further by providing literal and borrowed phrases from existing operatic arias and vocal performances. In a similar context to the word section, these phrases are complete performances, although EastWest has provided each performance in a number of suitable keys, which time-lock to each other, at least as much as the rubato nature of each phrase will allow.

This could prove useful if choosing to exploit them, as the sample will sound truly coherent, rather than as some transposed helium-esque quotient, which would not sound natural at all. The phrases do sound stunning, and in this context it’s possible to enjoy the talent of the performers to their fullest capacity, but these phrases are what they are, and could well have limited use given that they are all contextually drawn from operatic aria, albeit copyright-clean. 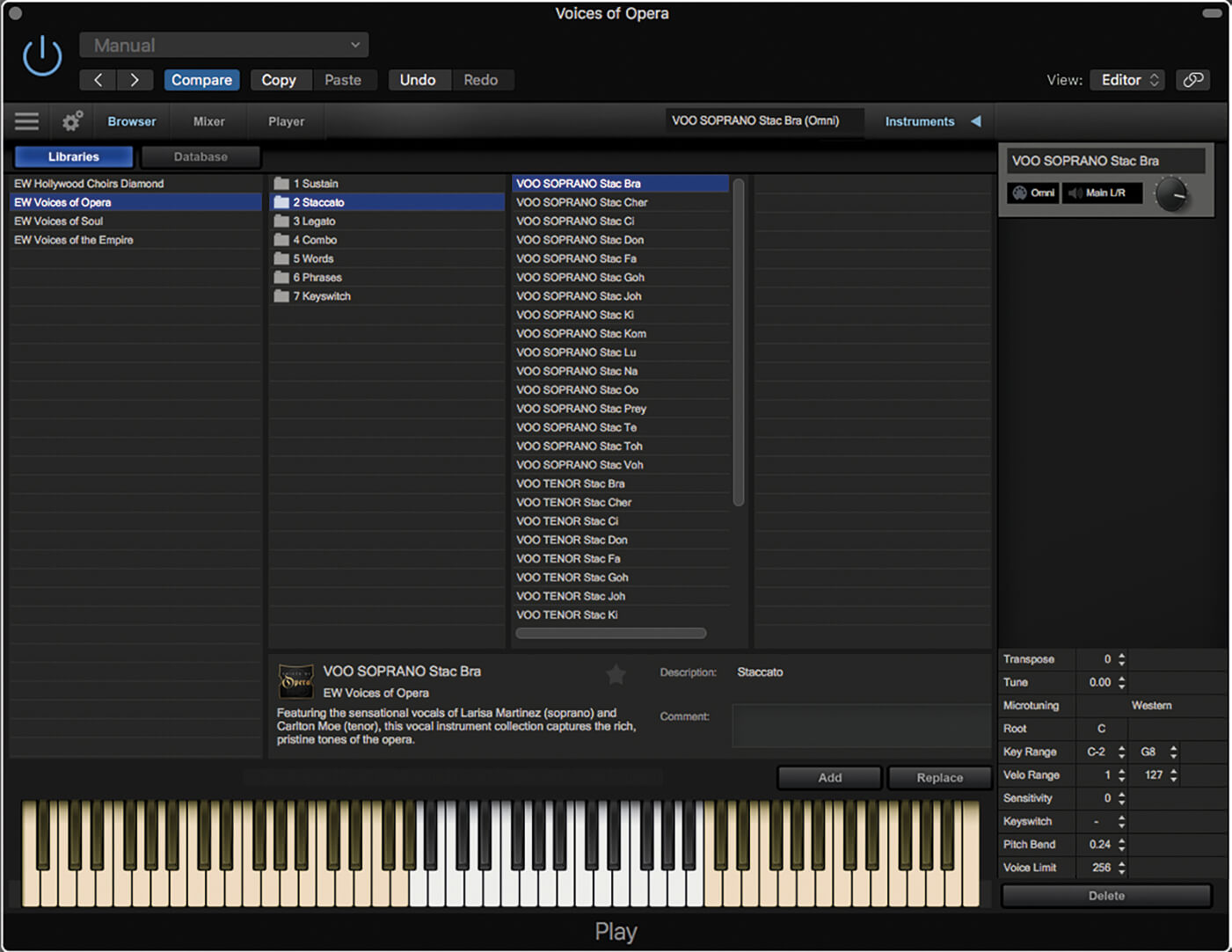 The legato patching is also open to soprano and tenor performance, as both an Oh or an Ah. Each guise offers dynamic control, via control of the mod wheel and I found that when this was linked with the exploitation of MIDI CC 11, it could offer some pretty believable control. The success of the legato largely depends on its placement and what you hope to achieve. It doesn’t always sound realistic, largely down to the sampled vibrato; triggering the next note at just the wrong moment could result in a phrase sounding less authentic, while I also detect a little bit of release ghosting, as the previous note finishes and I move to the next. It’s a very difficult trick to pull off, and one that goes part way to providing what you hope for, but placing it in context will doubtless help matters.

The overarching feeling that you get from Voices Of Opera is that there’s a staggering amount of talent available from the captured notes and performances. The sustained elements do sound tremendously good as a small chorus – so much so, it could be very effective in context, outside of the operatic realm, while being another very useful palette of sounds for anyone who regularly needs these things on tap.

Given the name of the package, you’d be forgiven for thinking that this is all about opera. But it’s possible to build up some really interesting and beguiling operatic pads and sections, which could be ripe for use in a number of settings. The phrases and words are slightly limited to single use, or could begin to sound highly repetitive, but they will offer a sense of the opera, with samples drawn from performers who represent the real deal.

With treatment, it’s possible to take these musings well away from their traditional placement, while exploiting them in a DAW environment will allow for great control of phrase timings, and the like. It’s also available as part of EastWest’s excellent ComposerCloud subscription, making it possible to dive in even if you’re working within the constraints of a tight budget. 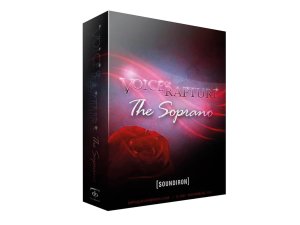 Available individually, to compile into a full series that includes Soprano, Alto, Tenor and Bass, this series is not as overtly operatic as EastWest’s offering, but does offer plenty for both commercial and soundtrack work, with a more ethereal nature to the overall timbre. 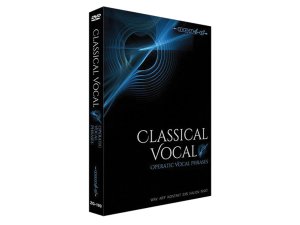 Firmly within the category of phrase library, Classical Vocal boasts 1.2GB of phrases covering both male and female samples. It offers a wide variety of different languages, from Italian to Russian, while also being a multi-format library, embracing everything from WAV and EXS24 to Apple Loops.