A company well regarded in the field of software processing dips its toes in the soft-synth market. This could very well be the synth you’ve been looking for… 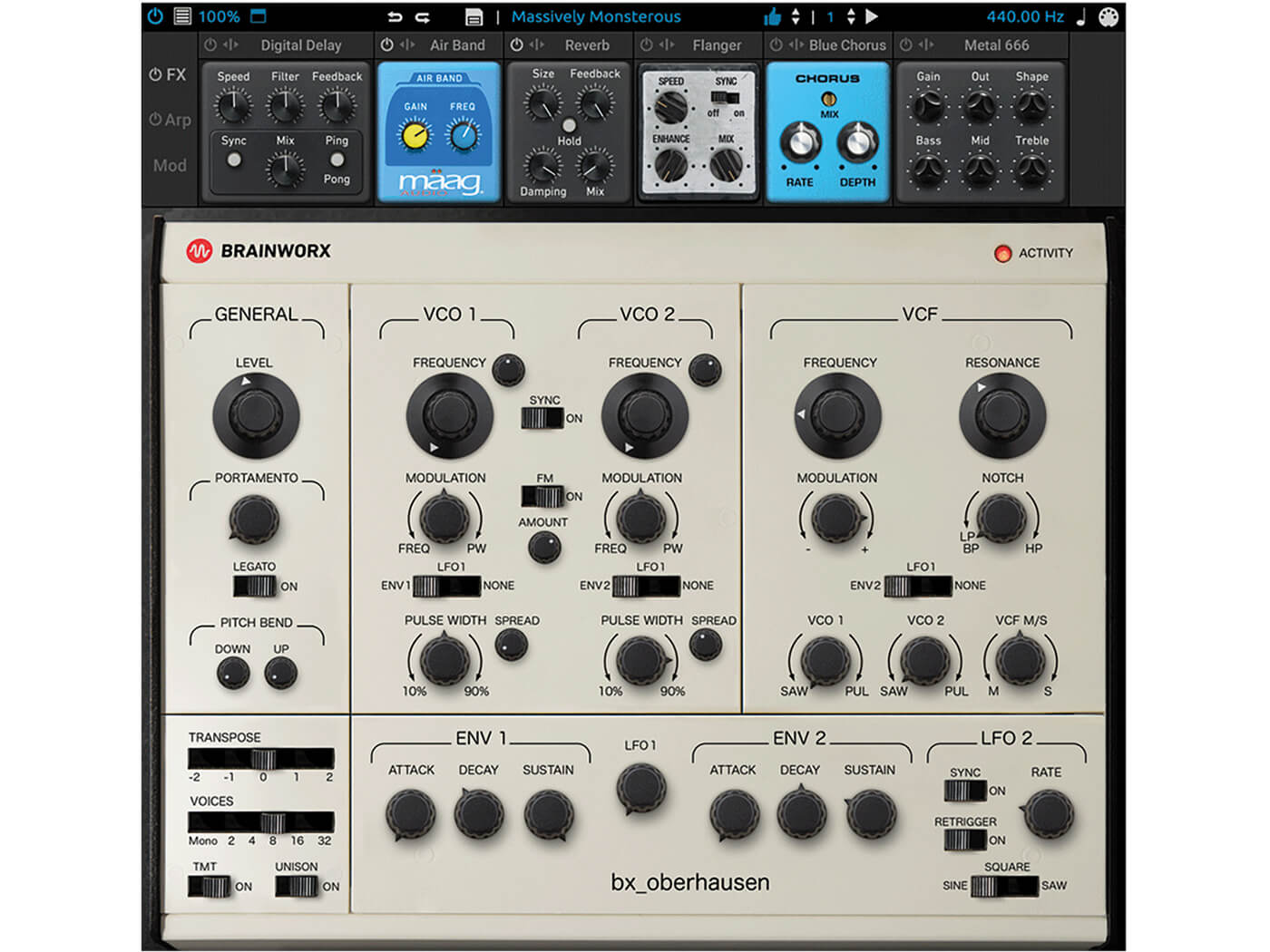 Brainworx is a developer that has quickly built up a reputation for delivering outstanding software plug-ins. Up until now, it has specialised in signal processors like its bx_townhouse (based on a 1978 compressor from Townhouse Studios), guitar-amp simulators and channel strips (its SSL bx_consoles have been endorsed by the company that made the originals).

So when Brainworx decides to deliver an instrument based on a classic synth, you kind of have to stand up and take notice, especially when it employs the same Tolerance Modeling Technology used in those SSL consoles to model individual component characteristics. The new bx_oberhausen is based on a classic synth but adds a lot of 2019 extras, so is designed to bring you the best of both times. And it pretty much damn well delivers on the promise, too…

First up the name

bx_oberhausen not only maintains Brainworx’s lower-cased naming convention, but also prompts that increasingly frustrating ‘can we, can’t we name the original synth it’s based on?’ situation. To be honest, after three decades writing about synthesizers, I really should know the legal score here, that is, whether or not it’s fine to name the 1970s synth that oberhausen is based on. But since Brainworx itself doesn’t talk about the source model, it still seems somewhat cloudy. And, besides, even though there is that TMT technology to bring you all of the joys of the original SEM, there are a lot of additions here that take it well beyond the original SEM, so perhaps its name should be suitably vague. Let’s take a look under the hood.

Something old, something new

Running and installing bx_oberhausen is very straightforward. You’ll need a Plug-in Alliance account to simply register your machine and activate the plug-in on first use. It has a brilliant adjustable fascia, so you can have it taking up half your screen should you wish, which really does show up its simply yet rather lovely detail.

Starting with the more conventional stats, you get two oscillators to choose from, each allowing you to select between saw and pulse waveforms. You also get bonus FM synthesis where the frequency of the second oscillator can be modulated by the first. There are two envelopes and LFOs, plus a dedicated VCF filter section which has low-, high- and band-pass filter options. Here, you can sweep between each type with a variable dial, and also adjust the levels of VCO1 and 2. There’s a further VCF M/S setting so you can spread differently filtered parts of the sound to the mid or side – a nice option.

Taking of modulation options, there are plenty. These include dedicated dials to select between frequency and pulse width in the oscillator section, which can then be modulated via envelope or LFO. Similarly, a Modulation dial in the VCF Filter section allows you to change the filter cutoff frequency, either by LFO or envelope. Then there is an extensive Modulation Matrix which is accessed by way of the top of the screen, giving you nine Modulation Sets where you can choose from one of nine sources and 20+ destinations. Very nice it is, too.

Also located at the top of the screen is a fantastic Arpeggiator section where you can choose from nine modes, switch octaves and trigger characteristics and also adjust swing and clock divisions. The rather brilliant effects can also be switched in and out here and these really are a standout part of bx_oberhausen. As I’ve said, Brainworx does very decent effects and has decided to give you a selection of its best or slightly cut-down versions here.

You get a Digital Delay, Maag Air Band Filter (an iconic filter that gives you extra ‘air’), Reverb, Flanger, Blue Chorus and Metal 666 amp simulator. They look simple but they really are very (sorry) effective, and the fact you can simply drag them around the screen to reorder them is a bonus; it really lets you start experimenting with the presets (not to mention learning about signal flow while you do it). Ah yes, talking of the presets…

Delving into the preset area, also found at the top of the GUI, you can home in on a sound via a preset management system (also compliant with Native Instruments’ NKS software). You get 16 main types of sound – from Brass to Synth Misc – to start with and then dozens of sub-categories to focus in on the type of preset you require.

What really jumps out here is just how big some of these presets are. They’re designed to be, but the added polyphony and Unison mode really come into their own. This is as ballsy an Oberheim sound as you’re likely to wish for, with enough extras to take you on all new sonic journeys.

Aside from perhaps a few too many percussive-type hits, there’s a lot on offer here that’s noteworthy. Many arpeggiated sounds employ the full power of the bx_oberhausen arp and, when these are combined with the numerous and varied modulations on offer, you can get some incredibly dynamic sonic movement.

Many of the presets are out and out attention seekers as well. There are nods to seismic moments in electronic-music history – we’re talking about those huge 90s sawtooths, plenty of 80s synth leads and basses. As I step through I’m getting thrown right into my Japan and Depeche record collections, but perhaps the best news is that bx_oberhausen isn’t all about pure nostalgia, there are plenty of huge basses and tearing leads that will sit at home in any contemporary electronic genre.

However, when you load up a preset such as At The Foot Of The Hills, you immediately know just what this synth is all about – the drifting tuning, the huge unison mix, the sweeping filter… This is pure Oby drama all the way. Just play with this preset alone and marvel at its 20-second fade out and I dare you to not spend $179 on bx_oberhausen, straight away. Yes, some of these sounds really are that good, and a lot of that rests on the effects section.

These are ‘proper’ Brainworx effects and they are employed to the maximum on many sounds, adding a sheen and depth to something already produced with a gazillion-horse-powered engine. Indeed, my only gripe is that, like the best Moog sounds, some of these are attention stealers and have a tendency to dominate mixes, so beware this compliment!

Brainworx has created an exceptional emulation here. Compared to the SEM V I use from Arturia, it is right up there and a little beyond, thanks in no small part to the Tolerance Modeling Technology which helps introduce that random analogue character. And really bx_oberhausen is more than a straight emulation anyway.

While it does do the Oberheim sound fantastically well, it has modern sensibilities in the form of Unison mode, polyphony, some fantastic effects and modulation ideas to take it well beyond what the original hardware could do. This gives bx_oberhausen its own voice in some ways, albeit one with a huge touch of Oby character, but really it is simply a stunning synth however you look at it and whatever you compare it to. The bx_oberhausen is a first for Brainworx and hopefully, the first of many.

If you want classic, vintage synth sounds, the chances are you probably have something in your DAW capable of doing just that. However, is it doing this specific task? So really, it’s simply a question of do you want the lush, rich sound of an SEM with many a bell and whistle added? If you already own the Arturia version, then there’s probably not quite enough to tempt you here, but if you are new to SEM ems – see what I did there – this is (just) the one to opt for. 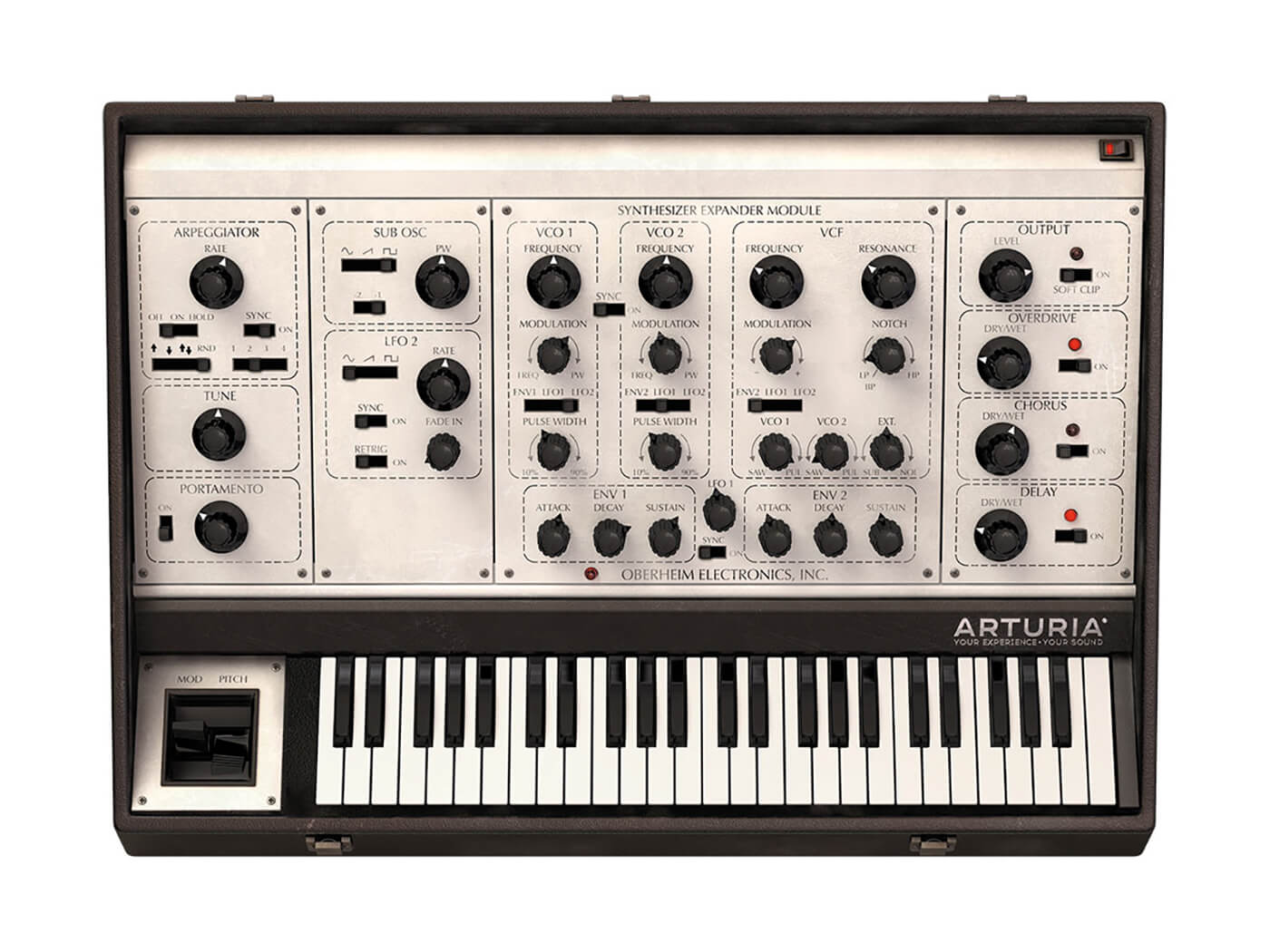 Arturia is not scared to admit that its plug-in is very much an Oberheim clone. I can tell you that – TMT modelling aside – they sound very similar. Arturia’s synth can also be picked up as part of the massive V Collection bundle or as an iPad app. 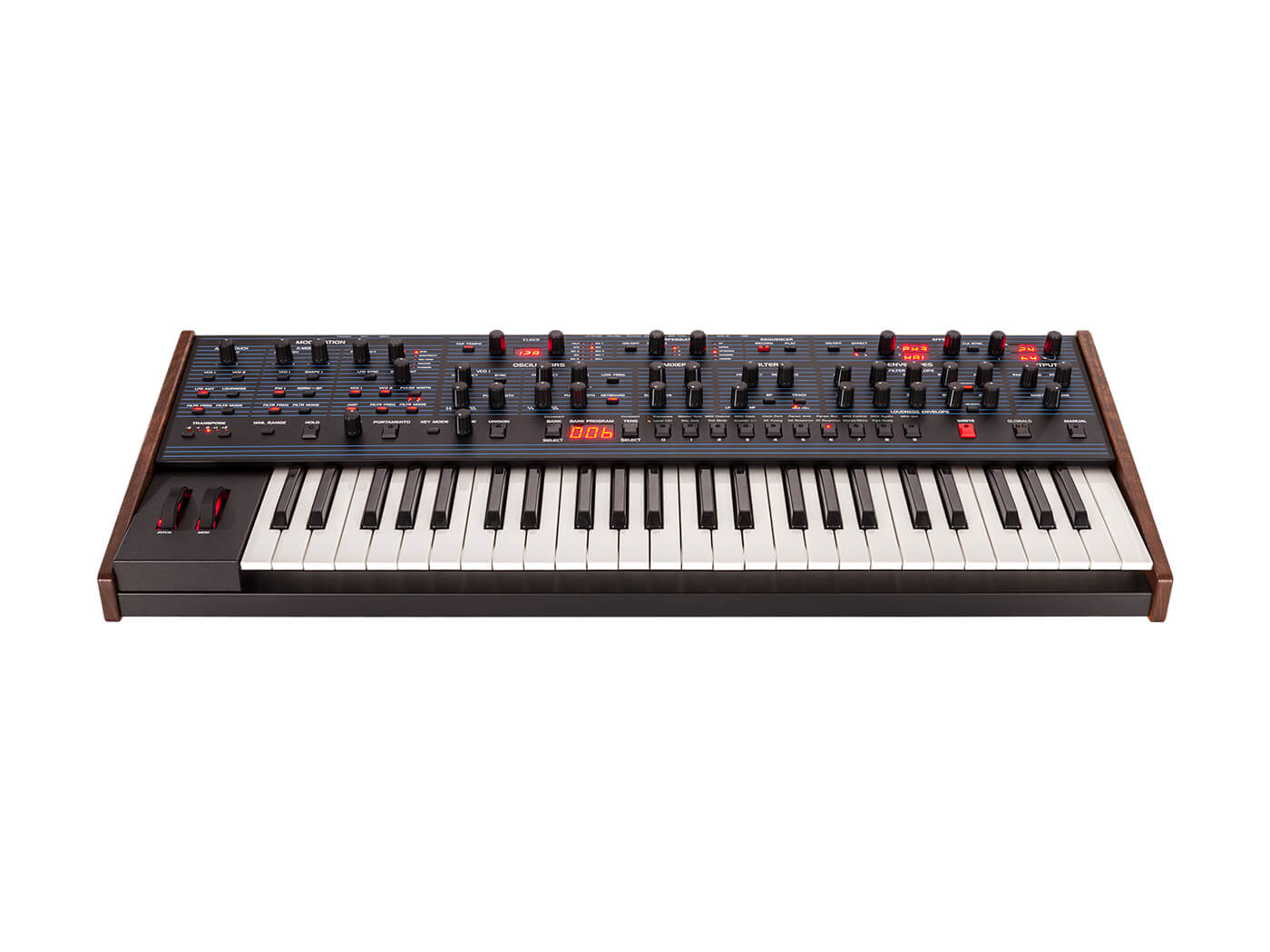 A collaboration between synth pioneers Dave Smith and Tom Oberheim, the OB-6 sports two voltage- controlled oscillators, 2-pole filters and amplifiers as well as a raft of modern digital enhancements. It’s a real beauty of a synth.