The latest release from Eduardo Tarilonte, replete with spectacularly spacious and calming sounds, confirms his reputation as the king of niche and unusual sample libraries. 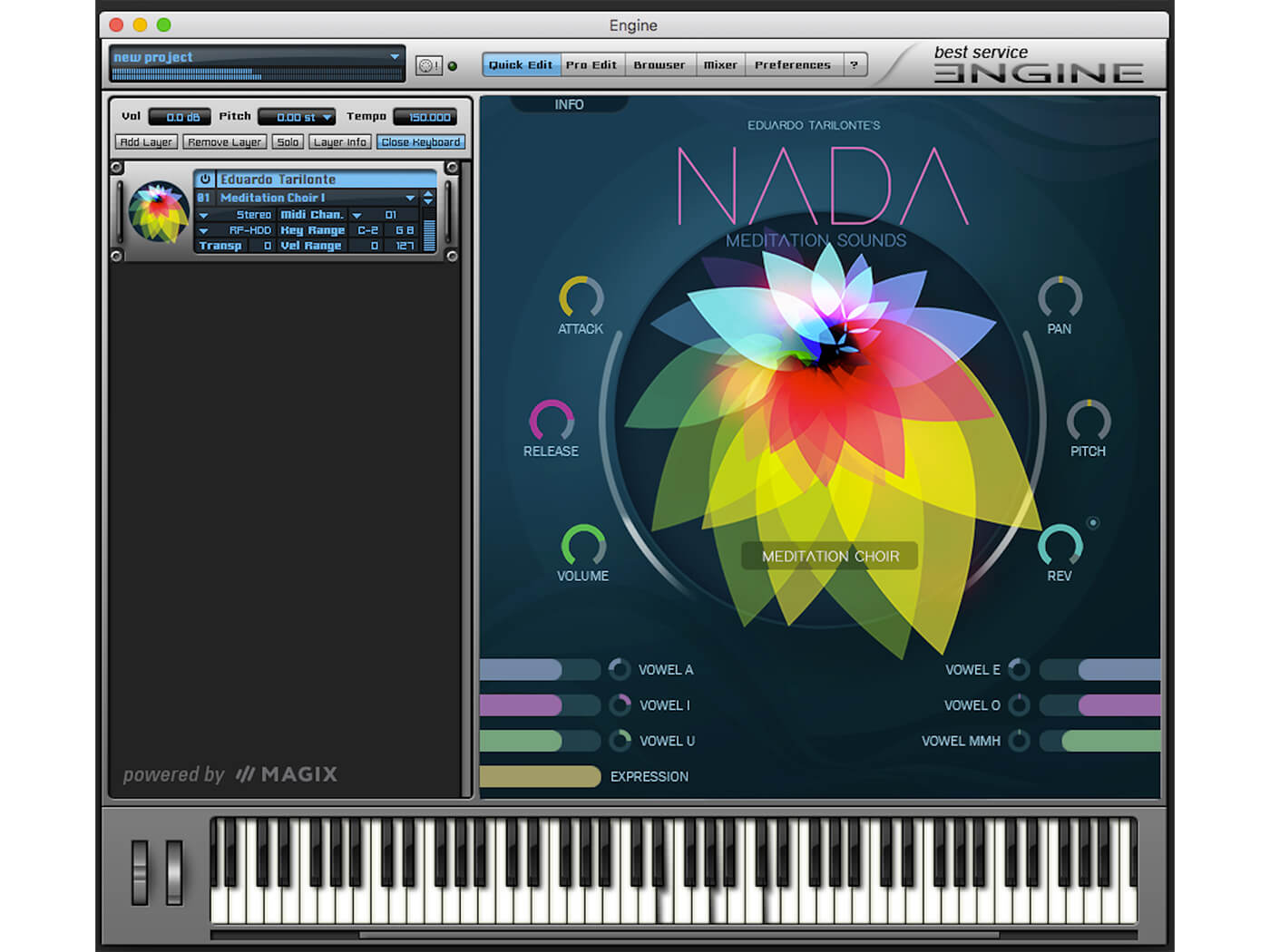 We see all sorts of eclectic sample libraries from our lofty perch here at MT Towers, including fashionable orchestral collections and a near-constant stream of drum and synth assortments. But it’s the explorative, off-the-wall products that really seize our attention.

For the past few years, such offerings have, as often as not, come courtesy of award-winning developer Eduardo Tarilonte, whose fantastical libraries – Forest Kingdom, Mystica, Epic World and Desert Winds – boast names as evocative as the sounds they contain. Indeed, MusicTech deemed Shevannai, the Voices of Elves, a solo library loaded with elven-language vocals, one of the best sample sets of 2014, and highlighted Tarilonte’s work as an example of the increasing specificity of sample collections in our Best Gear of the Decade roundup.

We’ve been keen to hear what would come next and, in terms of specificity, Tarilonte doesn’t disappoint. Nada Meditation Sounds is a luscious library positively heaving with spacious and emotive instruments, pads and textures. It’s distributed by Best Service for use in its Engine sample player and librarian, powered by Magix technology.

Both Engine and Nada can be downloaded from the Best Service website. The library is provided as a set of RAR archive files that have to be decompressed before they can be used. While RAR tends to compress more efficiently than zip, support for the format is not built in to Windows or MacOS, so you’ll need a third-party app to unpack the archive. This isn’t an issue but, given the speed and low cost of data storage and transfer these days, providing the library as zip files would have probably been easier for users, despite likely being a larger download.

Once everything is installed, request an activation code from the Best Service website and enter it into Engine to load the library. It’s a smooth enough process, if a bit of a faff, and I dislike this particular form of license control.

Don’t get me wrong, I’m happy to pay for software and sample libraries, and accept the need to enforce licence restrictions to ensure that creators and developers are paid fairly for the wonderful work that they do. The problem with activation codes generated by online servers is what happens if and when the servers are closed down. I’m not suggesting this will happen with Best Service – but I could’ve said the same about a number of companies that have closed down over the years and left me unable to reinstall software that I had relied upon and paid good money for.

Best Service limits the activation codes its servers will issue to three per licence, and you can’t deactivate an installation in order to regain an activation. In an era of two-year system-refresh cycles and with people duplicating their desktop setups in their laptops and working on-the-move, this activation limit is a little unrealistic. That said, Best Service aims to be flexible and looks to allocate new activations to licensed users who have a genuine need for more. 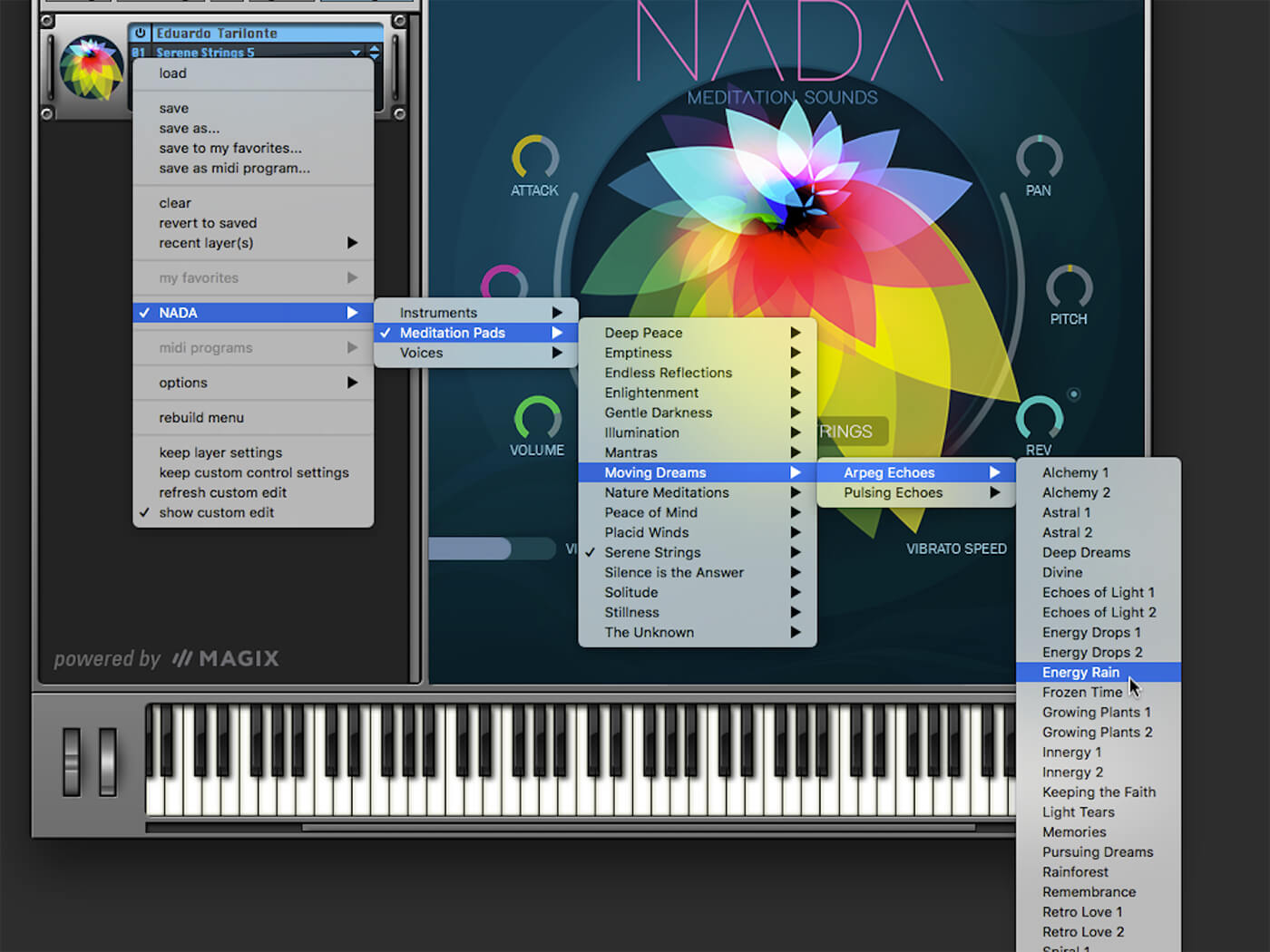 Loading the Nada patches into Engine is simple. Engine is also multi-timbral, so you can load multiple patches simultaneously (from any library managed by Engine) and allocate these to different MIDI channels and key ranges, or layer them to create big instrument stacks. You can save such multi-timbral setups for easy recall too.

When working with Nada, Engine’s default display is its Quick Edit view, an attractive GUI through which you can access the parameters of a loaded instrument. The parameters exposed in this way differ from patch to patch, are tailored to each instrument, and easy to assign to MIDI controllers. The controls are laid out around Nada’s floral logo, with an info button at the top that provides a description of the loaded patch, alongside tips for getting the best from it.

If you wish to dig deeper into an instrument’s setup, you can switch to the Pro Edit mode, which provides more control over the synthesis engine that drives the sample library. Unfortunately, you can’t change the underlying samples used in a patch but the amount of control offered is otherwise similar to that found in any hardware or software sample-based synth.

The Nada library contains more than 440 brilliantly named patches, organised hierarchically in sensible groups and sub-groups. They’re built from a collection of more than 9,000 samples of acoustic and synthesised instruments, and were recorded at the same studio and with the same high-end mics and preamps as Tarilonte’s other libraries – as a result, Nada blends wonderfully well with them.

The acoustic-based samples are focused on string, woodwind and reed instruments, pitched and unpitched percussion, pianos, and voices; synthesised samples – that are all based on voice emulations.

The tone is airy – sometimes sweet, sometimes dissonant but always spacious. Much of this spaciousness is created via big, evolving reverbs, as well as other effects that are beautifully tuned to the sound being treated.

As a result, there are many patches for which a single held note takes on a depth and character that is satisfying and inspirational, or where linking two or three notes together can quickly create achingly beautiful soundscapes in which to immerse yourself. Some patches incorporate an arpeggiator too, which is expertly tailored to the sounds in question.

With all this airy spaciousness (or should that be spacious airiness?!), Nada’s instruments aren’t likely to sit well within a busy or complex mix, where their detail and delectability would be buried. But when used in service of the new-age styles for which they’ve been designed, for creating emotive soundscapes and incidental music that leaves sonic and conceptual space for sounds to exist and evolve, Nada’s instruments are about as good as it gets. 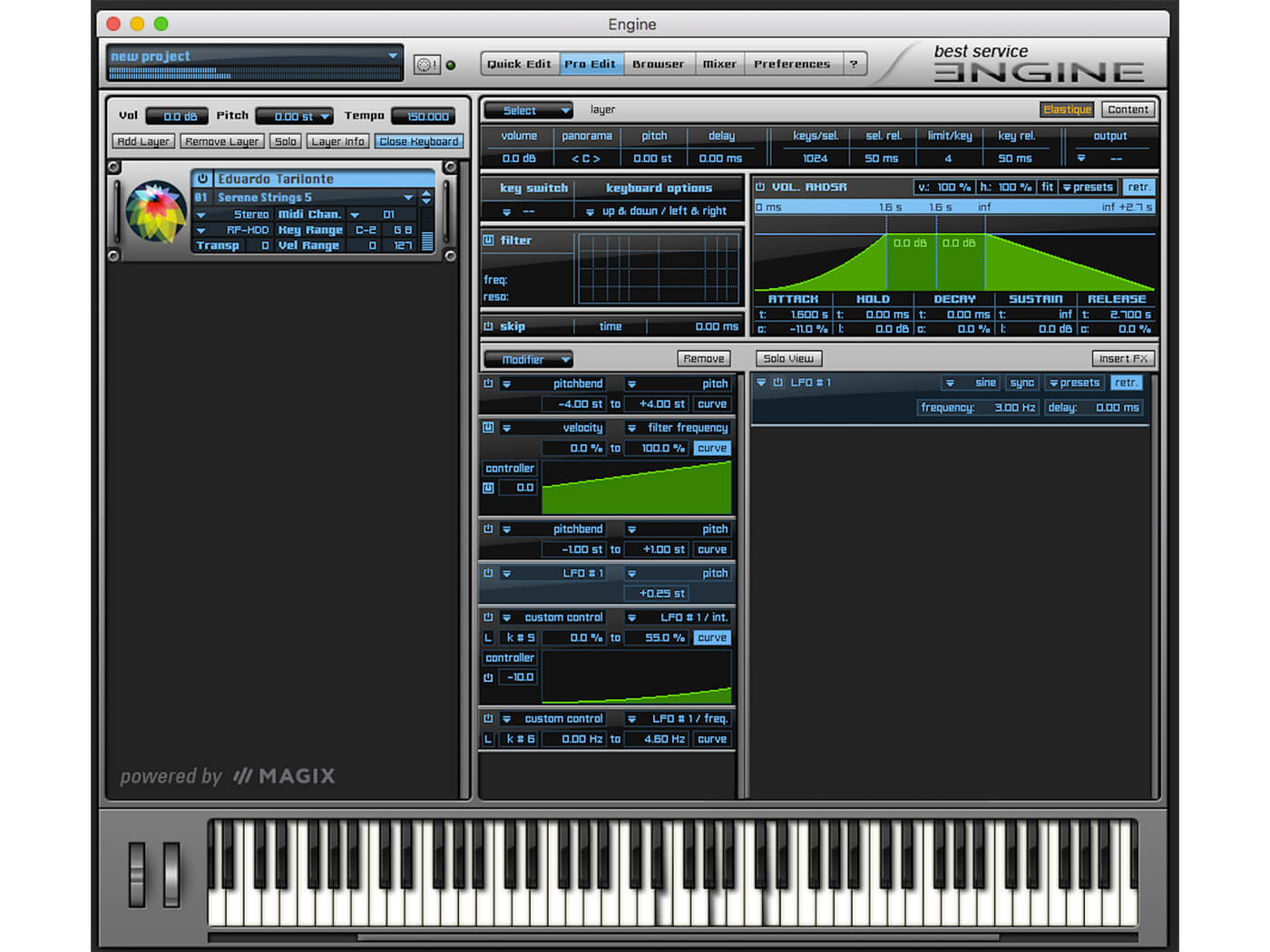 Some sample libraries are generic in nature, boasting sounds fit for a variety of styles and contexts. Others are single-minded in their focus on a particular purpose. Nada is the latter. If you’re in the business of producing banging beats and room-shaking bass, Nada isn’t necessarily for you (though some of its sounds would service a breakdown brilliantly). If you like to explore less frenetic and more thoughtful music, however, you’d be hard-pushed to find something better than Nada. 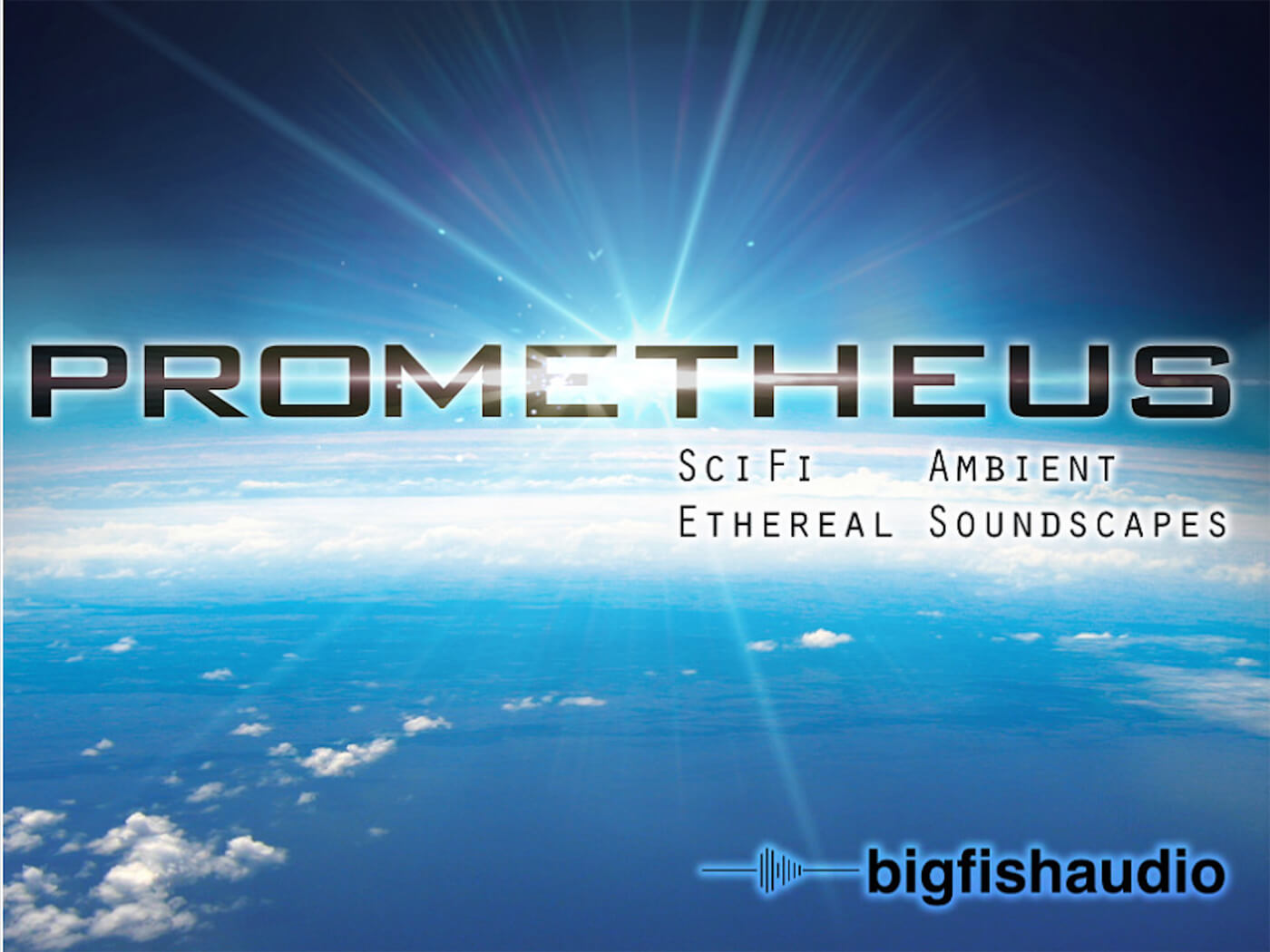 If you’re looking for ambient and spacious sounds with more of a synthetic edge, this package, also distributed by Best Service, is worth a look. It’s available in either an ACID/Apple Loops/REX/WAV format, or as a library for use in Kontakt. 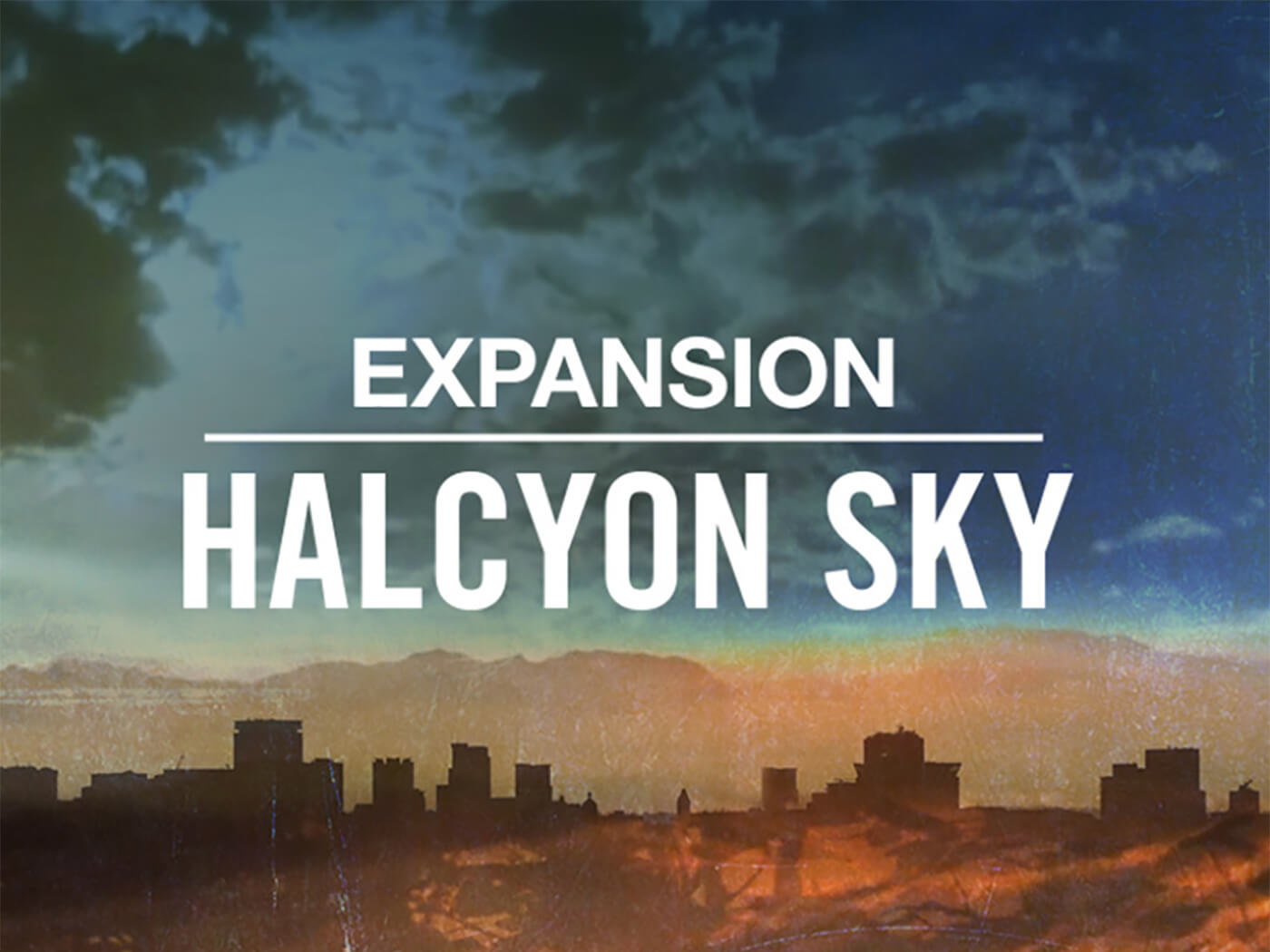 Halcyon Sky is a Native Instruments expansion designed for use with Maschine and Battery, and with presets for Reaktor Prism and Massive. Focused on electronica, its warm, reverb-washed atmospheres, synths and rhythms provide an inspiring and fabulously mellow palette.