If you’ve ever wanted to jump into cinematic scoring, but were put off by the price, Audio Imperia’s latest one-box solution gets right to the centre of the orchestra. 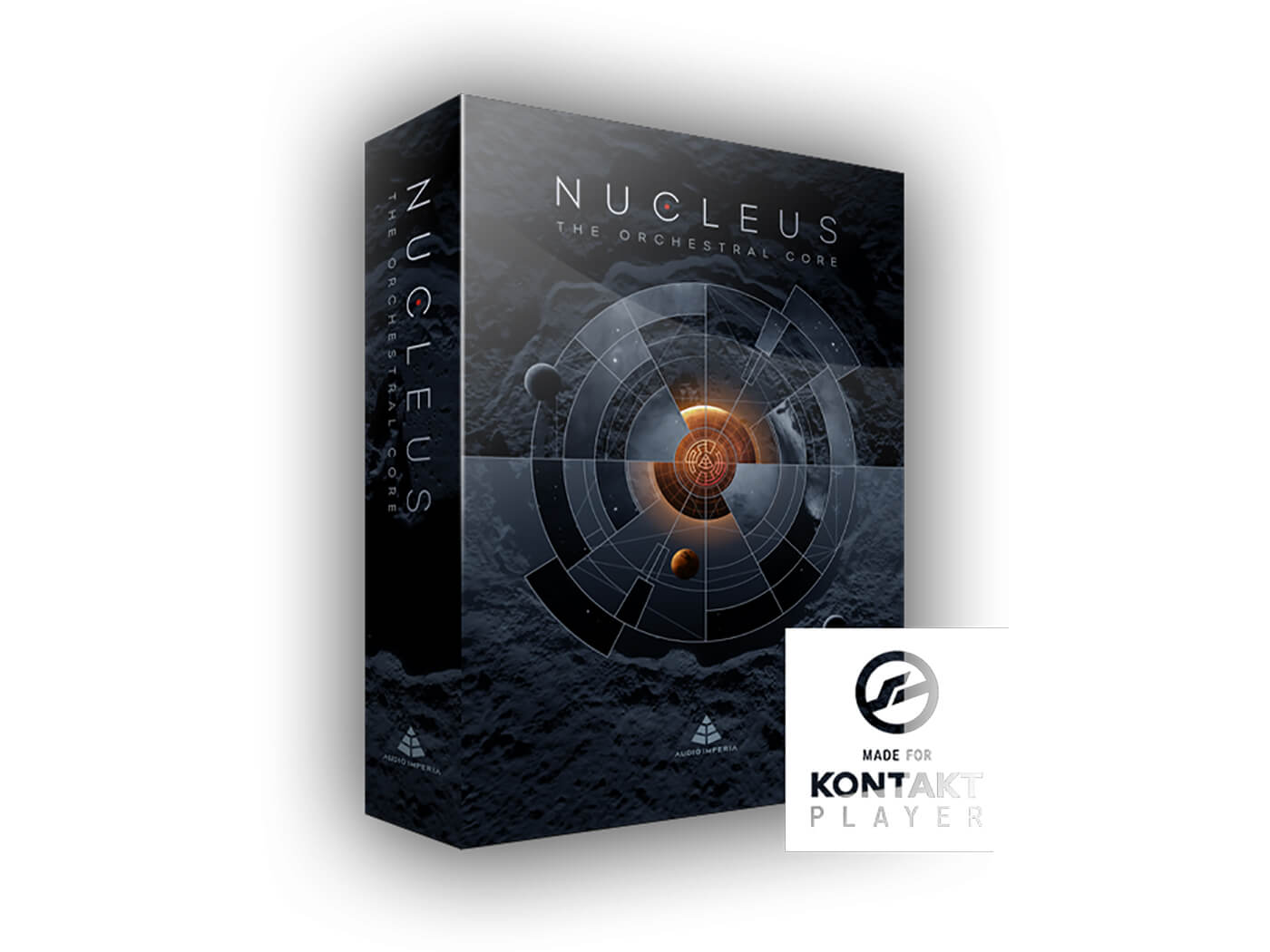 Sampling company Audio Imperia has some pretty substantial ideas. Its Jaeger orchestral package made us sit up and take note, not least because of the wealth of additional content, which included über realistic and lamenting female vocals, alongside some seriously impact-worthy sound-design elements. Now they’re back with a full orchestral package that’s ideal for those thinking of a first purchase, but with much to offer the seasoned professional.

This is the first product in the Audio Imperia product line to get the Native Instruments library-format makeover, meaning that it will work perfectly within NI’s free Kontakt Player. Once opened, you’re immediately hit by a sharp and elegant interface which will quickly get you to work; however, more elaborate settings are available via a click on the Advanced tab. One such setting is the much championed Sample Start pot, which allows the user to choose between an immediate trigger for tracking, which can then be backed off to offer a more realistic effect, especially when programming legato phrases. It’s a huge timesaver and one that enables users to get passages to sit right in the tempo pocket, offering assured consistency, while providing a great workflow solution.

It’s also quite noticeable that CPU loading feels quite low, partly thanks to NI’s Kontakt software coming of age, but even with about 12 sample patches firing, my year-old MacBook Pro barely registers any effort, using Logic and a 512 buffer size. 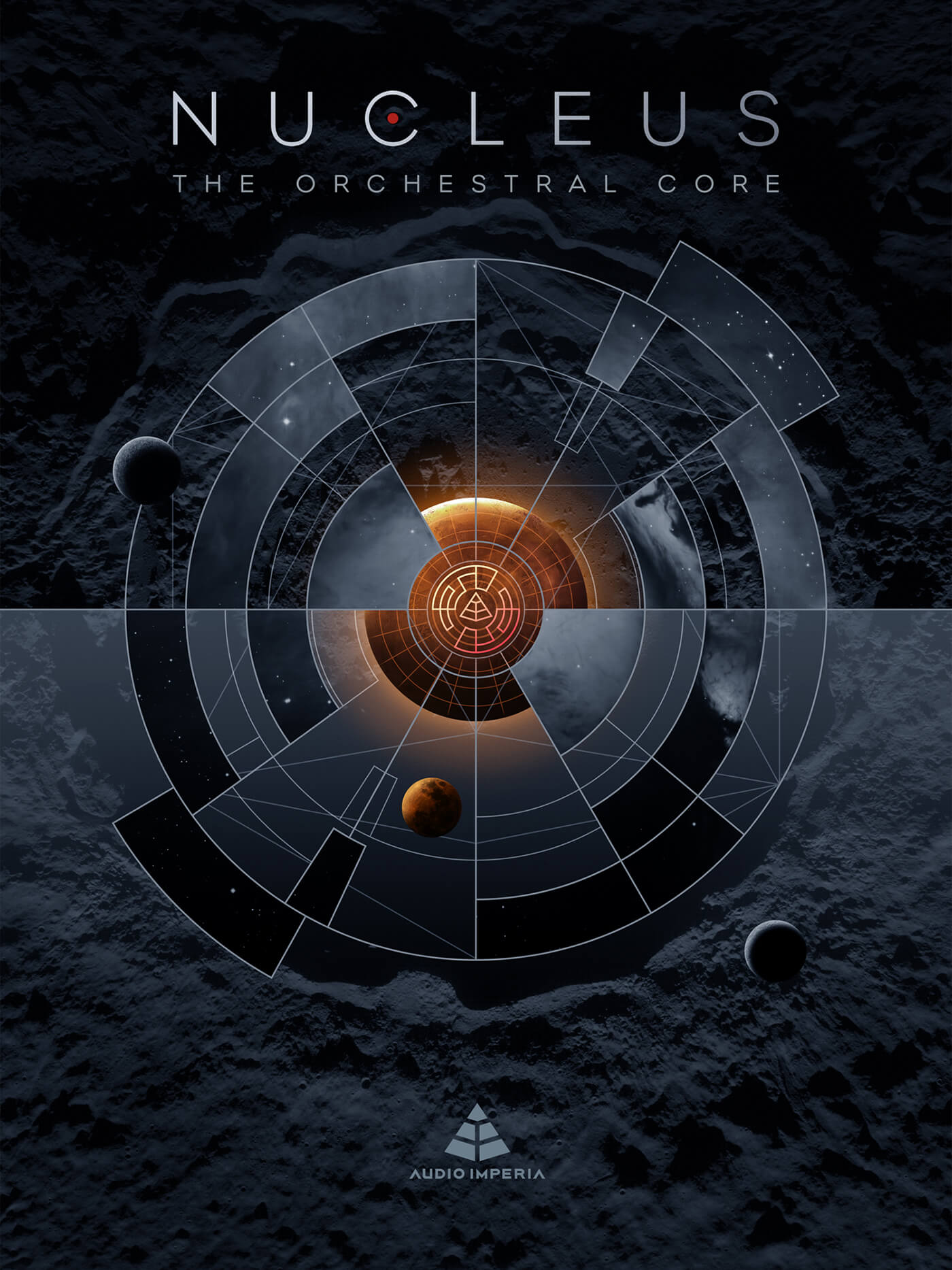 Instrumental organisation is pretty simple, only made elaborate by the extensive number of samples available. The first option is whether to go for individual sample patches, or multi-sampled instruments, the latter offering the ability to key-switch. You may consider the individual sample patch to be more economic, although all multi-sampled instruments are equipped with an extremely handy set of radio buttons, located next to each articulation, allowing for the instant offloading of any unwanted samples. So if you only need a couple of articulations, you can downsize the patch’s hunger for RAM very quickly.

Instrumental control varies from instrument to instrument, although dynamic volume resides against MIDI expression in most cases, with the additional presence of vibrato being available for certain obvious instruments, such as strings. Where this isn’t on offer, it’s often the case that the vibrato increases with the controlled volume, sending many instruments to that point of excited agitation, which is how it would be in the acoustic domain.

As this library is clearly at a price point which will make it attractive as a first-time purchase, there’s a small degree of inevitable trimming. Many patches are limited to single per-note samples, but Nucleus sensibly places round-robins in greater numbers on patches which are likely to be used in repetitive form, such as pizzicato or spiccato string articulations.

Budget-dependent libraries can often dilute instrumentation, only offering high or low instrumentation. That’s not the case here, with all the main instruments firmly represented individually, although they also flock together within additional patches, so you’ll find two clarinets or four trombones, for example, if searching within the section area.

We’re also treated to six solo instruments, namely violin, cello, flute, oboe, trumpet and French horn. This is a break from what might be expected within a library of this kind; the only trade-off appearing to be a reduced articulation palette, distilled down to legato and sustained patches and basic dynamic and expression control.

However, the moment you audition these, you are immediately engaged. The solo violin patch draws me in, largely thanks to some clever close mic’ing – you can really hear the travel of the bow against the string, along with the depth of the resonating body of the instrument. The lack of vibrato control ceases to become an issue, as each note subtlety delays vibrato naturally, increasing vibrantly as you instigate a crescendo.

It’s here that you can also appreciate the Sample Start control, as it allows you to maintain complete control over triggering speed. It can be worth experimenting, in order to get the perfect balance between sharpness of note beginning and backend neutrality, but it sounds convincing in colour. Swift runs provide the greatest challenge, as they always do, but it still sounds pretty coherent, even under duress.

Given that Audio Imperia has a West Coast penchant, it’s hardly surprising that the default state for its patches is described as modern; breaking this down further, it essentially means that the raw samples have been treated with that glistening cinematic treatment, plus a degree of compression. This is not in any way overpowering, presenting a palette which is crisp and will cut nicely within a mix. However, there is also a Classic mode, which delivers everything in an untreated fashion. It’s fair to say that I didn’t have a preference either way; both mixes sound excellent, with the choice being instructed by your production style, but in either case, all sections sound engaging, familiar and very realistic.

Another area where this library sits proud, is with its additional content. Alongside the orchestral section-based and solo patches, there are three distinct areas that go further than the norm, namely a complete percussion section, a complete four-part choir and a sound-design section. 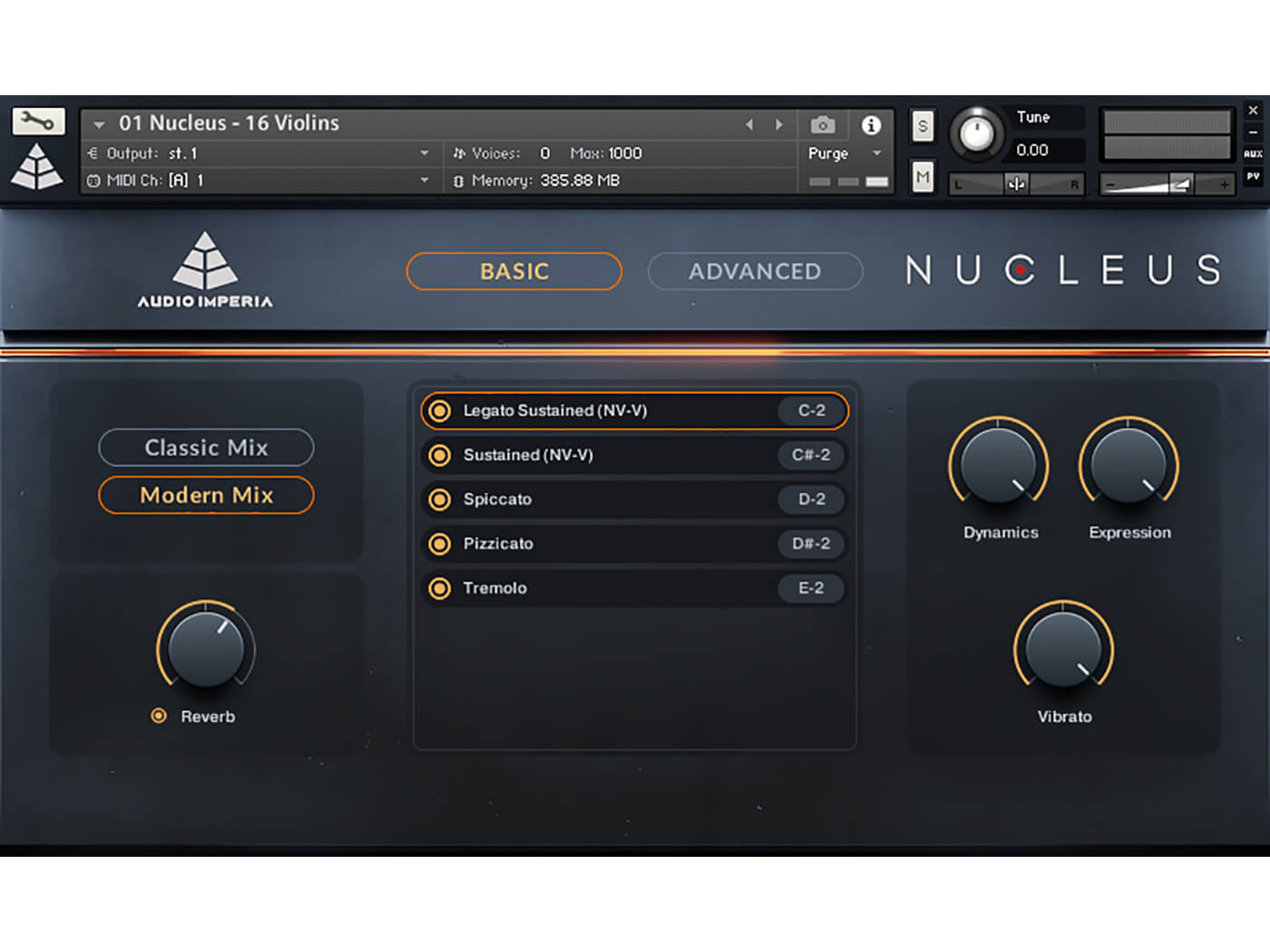 The percussion section consists of drums, mallets and all manner of tuned and untuned percussion, which offers some distinctly cinematic-sounding timbres, with the larger drums and timpani bestowing gravitas.

Meanwhile, the choir is available as individual SATB elements, or a complete ensemble. In all cases, there are three patch choices consisting of ‘Ah’, ‘Ooh’ and the wonderful Staccato Phrases, delivering cod Latin with a hefty accent. I am aware that the extremities of pitch-range felt a little shortened, to the tune of around a third at both ends, but that should take nothing away from the quality of what is supplied.

Finally, the sound-design section unleashes more of the infamous AI cinematic pads and drones, along with an effects section which will add to an already impressive sonic arsenal. The Bitcrusher is particularly impressive, offering vast control of crunchy goodness.

The final stem out

Okay, I’ll be honest! I wasn’t expecting Nucleus to have as much content as it does. It’s almost as though the company’s pre-production meeting ‘to do’ list just kept on getting longer, as yet another element was drawn up for inclusion in the overall package.

The flexibility of having all instrumentation available at your fingertips is pretty unique at this price point, although the pre-orchestrated content is also useful and could save time and RAM loading. But it’s the overarching quality of the content – coupled with the sheer volume of resource – which is the game-changer here, alongside a very pleasant interface which feels as though it’s been designed with workflow in mind. It’s impressive on just about every level, which is pretty impressive in itself!

If you’ve thought about getting an orchestral library but have always been put off by the price, or the possible limitations at a lower price point, this really is a strong contender for consideration. It’s very elegant and easy to work with, while it covers the entire gamut of orchestral colour, without compromising on content. All orchestral sections are catered for, but there are plenty of further inclusions that are not just add-ons, but could become indispensable. 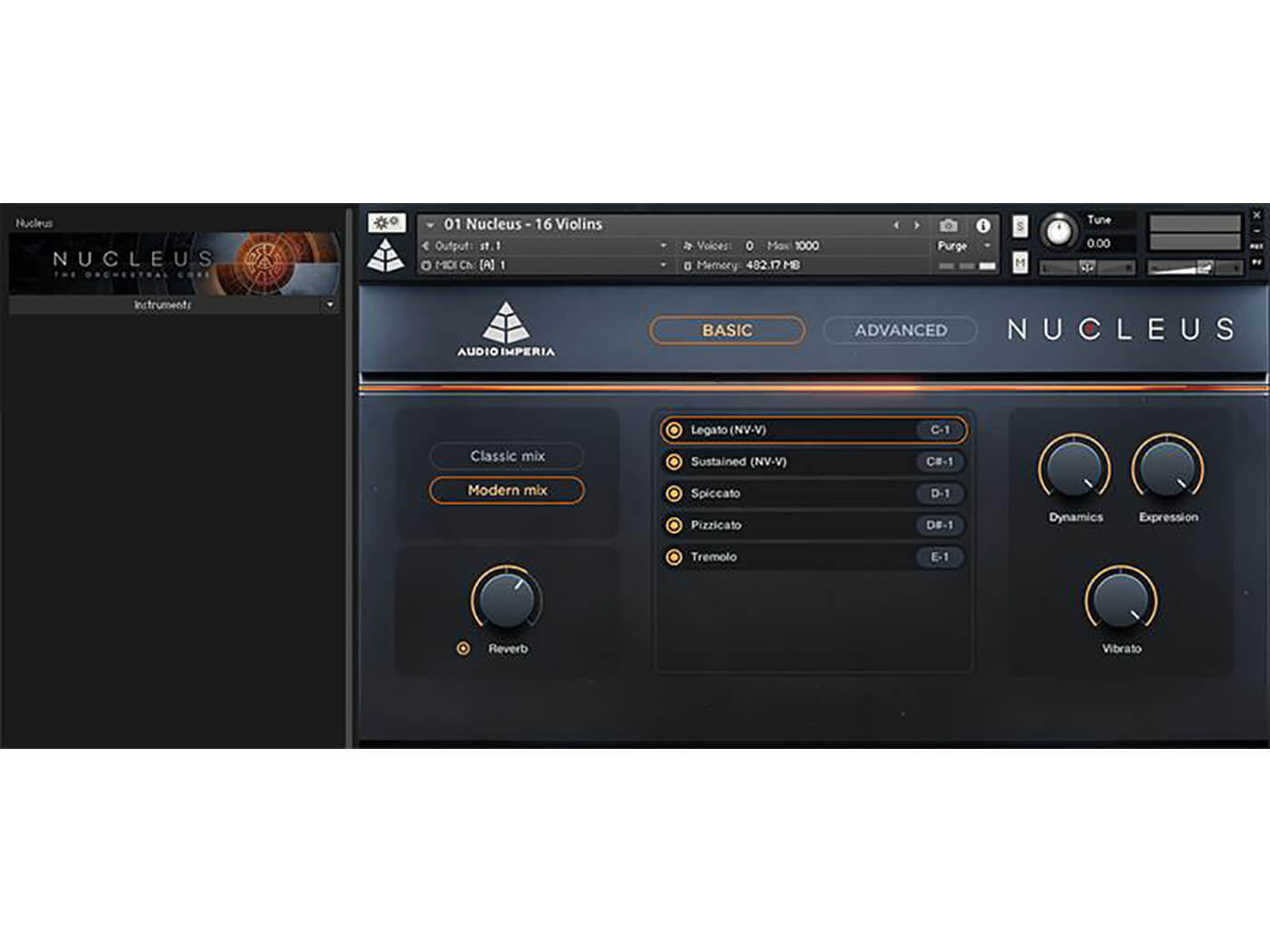 The choir is a really useful addition, as is the sheer breadth of orchestral percussion, which also includes a drum kit, recorded in position on a soundstage. The sound-design elements are equally outstanding, and moreover offer editable possibilities, in both initial trimming and back-end effects, while the numerous time-saving patches and settings, such as polyphonic legato and alteration of sample start, will appeal to the workflow-conscious professional. 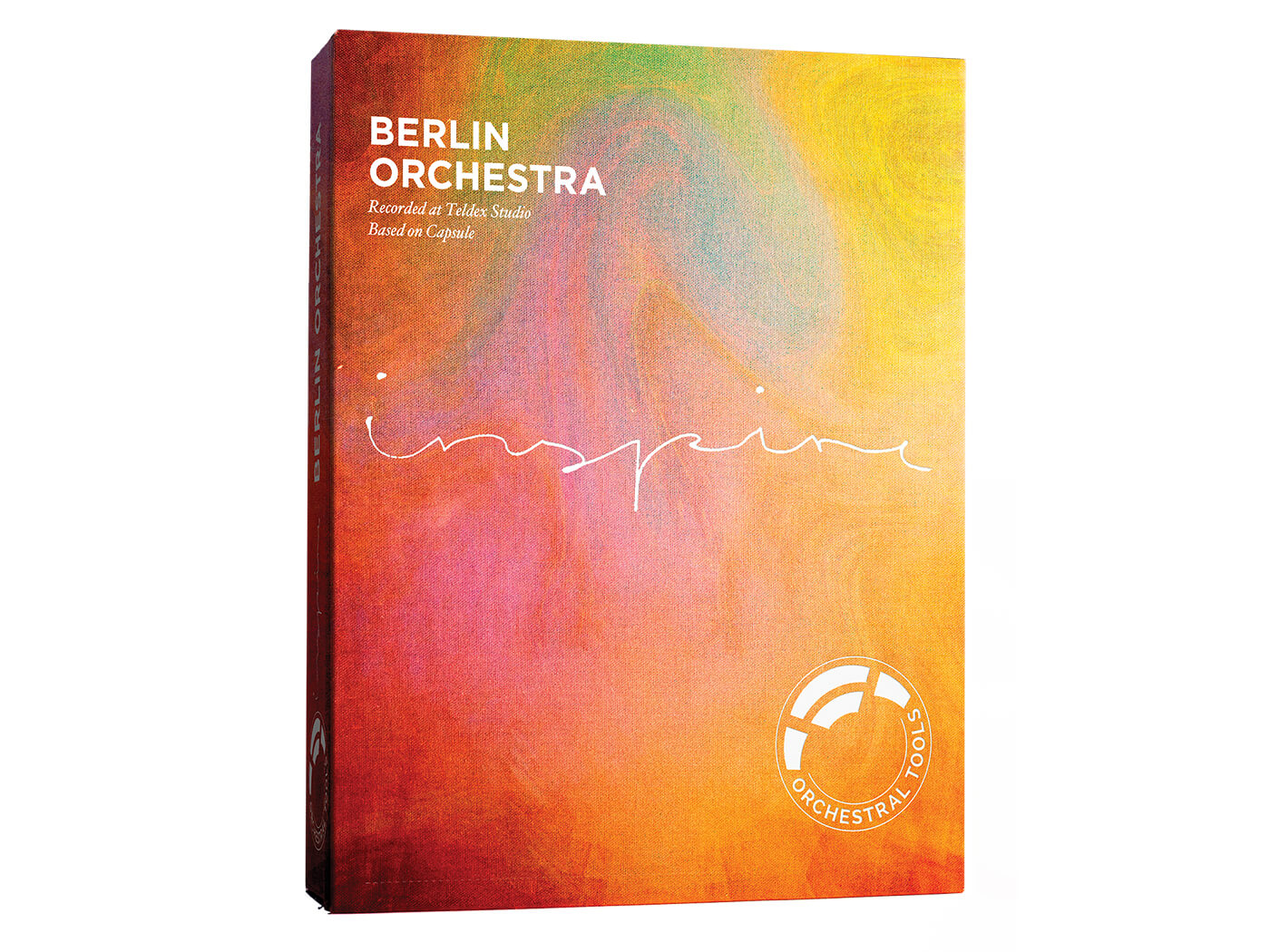 Another very fine contender for the crown of budget orchestral library brings a similar-sounding product, which was recorded at the Teldex soundstage. It represents the entire orchestra, but does limit certain instrumentation to groups, making the more common instruments available through individual patches. 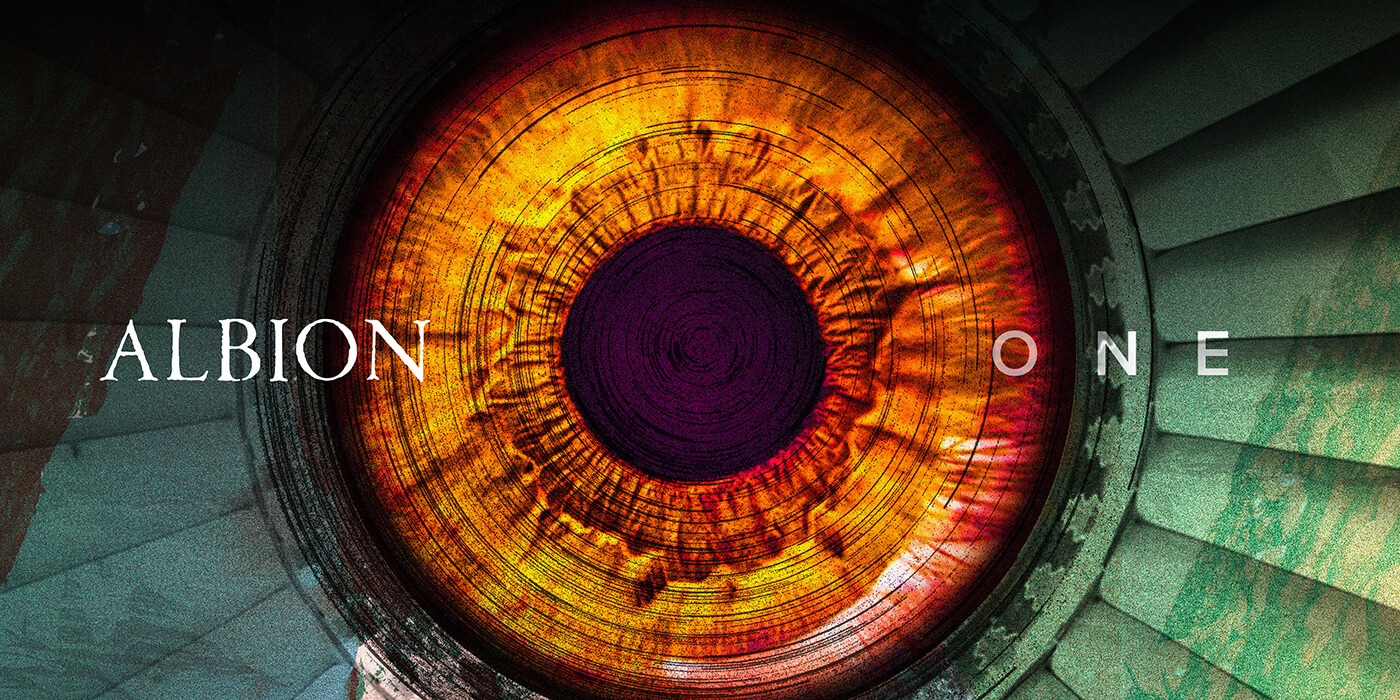 Albion One exploits a 109-piece orchestra and has become something of a stalwart for anyone looking to dip their toe in the orchestral and cinematic world. Instruments are largely represented in high/low instrument settings, making it ideal for anyone who is interested in colours, rather than specific instruments.