With the recent flurry of interest over Arturia’s hardware releases, its soft-synth lineup might get a little buried, so we dig up the latest classics from the new collection… 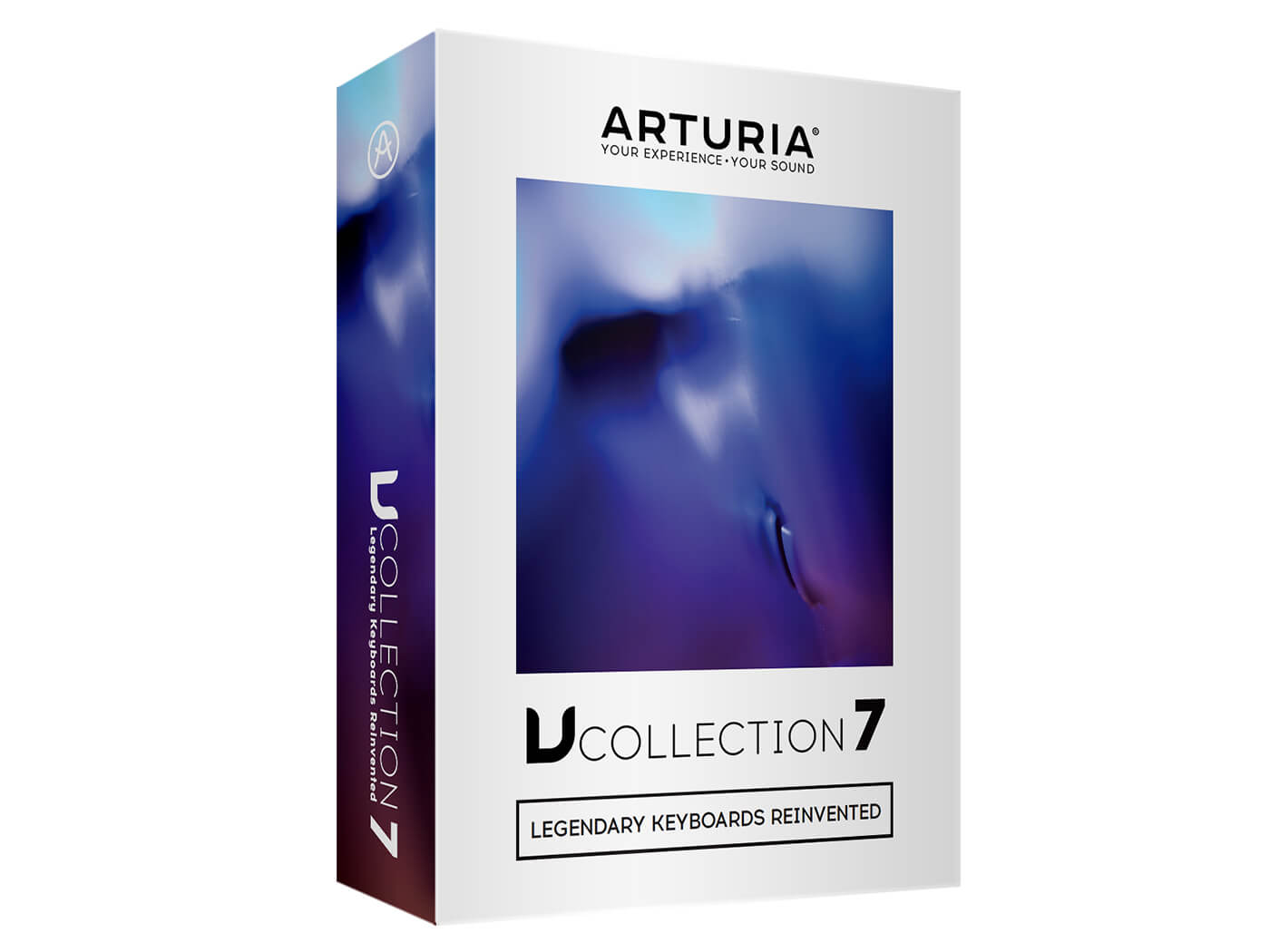 I’m going back a few years now, but my very first glimpse of Arturia was through the software incarnation of the Minimoog. This was one of the first in a new breed of soft synths modelled on analogue classics, but at a fraction of the price of the hardware. Many years later, soft synths and emulations are very much the norm. Yet with V Collection 7, Arturia presents an impressively large package filled with tempting morsels – it’s a compendium that continues to draw inspiration from some interesting old-school tech.

This latest anthology of 24 instruments is drawn from the extensive library of Arturia’s instrument set, with the inclusion of some of the more recent titles that have been developed. But before we come up to date, it’s important to give a name-check to some of the older products, many of which continue to box way above their sonic weight. 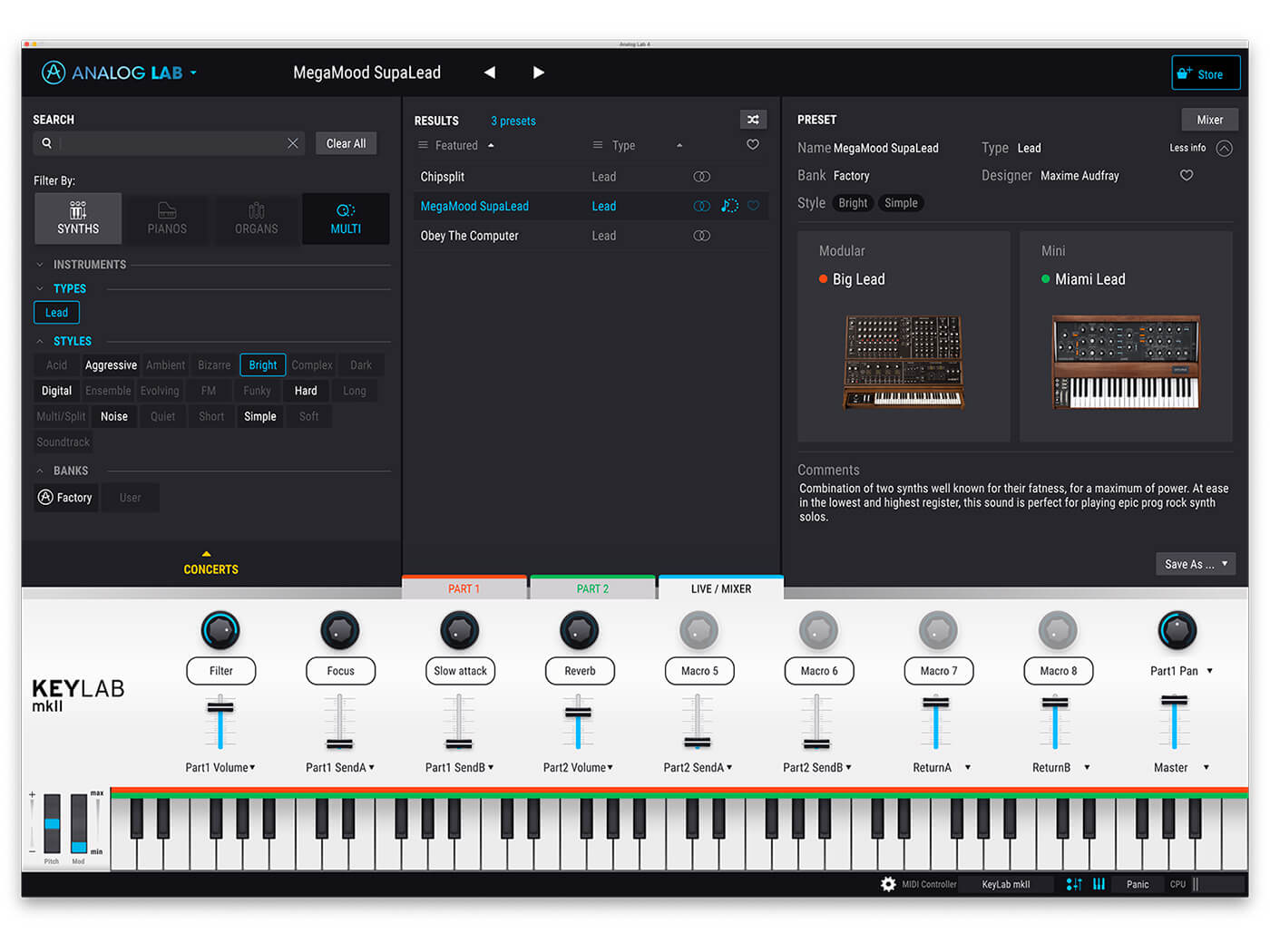 The aforementioned Minimoog is now in its v3 release, and continues to be a superb-sounding software recreation of the real thing. My guess would be that with the recent hardware mono-monsters that have come to market, many might overlook this slightly humber soft-synth, but do so at your peril. It continues to pack the mightiest of punches, with a substantial depth to its sonic makeup that will have the room shaking in seconds. With similar credentials, the Moog Modular, which is also in its v3 incarnation, is laden with oscillators, sequencers and more, all strung together by virtual patch cables.

The accuracy of sound is largely down to Arturia’s True Analog Emulation (TAE) modelling technology, which for my money has always provided the essence of analogue in a software construct. Wherever you delve in the collection, a weighty palette awaits, with another particular favourite from the old batch being the software emulation of the Yamaha CS-80, now also given the v3 brush-up. The latest version feels easier to work with, while the details are clearer to see, partly due to the increased image sizing.

And so the list of classics continues, with the Jupiter-8V, Oberheim SEM, and even the Solina String machine. The list isn’t purely about synthesizers, thanks to the presence of both Rhodes and Wurlitzer electric pianos, as well as the Piano V2, which includes 12 different piano models.

It’s perhaps quite fitting that one of the new inclusions to this package is the Mellotron V, often regarded as the first true sampler, but firmly in analogue form – thanks to the use of analogue tape – and the hefty playback mechanism. Loaded with the most famous of Mellotron sounds, such as the flutes from The Beatles’ pioneering Strawberry Fields Forever, Arturia has cannily added the ability to crossfade from one sound to another via the use of the mod wheel.

This allows for a beautiful level of performance control, which may also be edited to suit the player’s needs. Further still, there are plenty of elements open to addition or control of sound, such as the fluttering of the tape or the sound of the tape mechanism, which can be increased in volume to further emphasise the analogue credentials of the original. 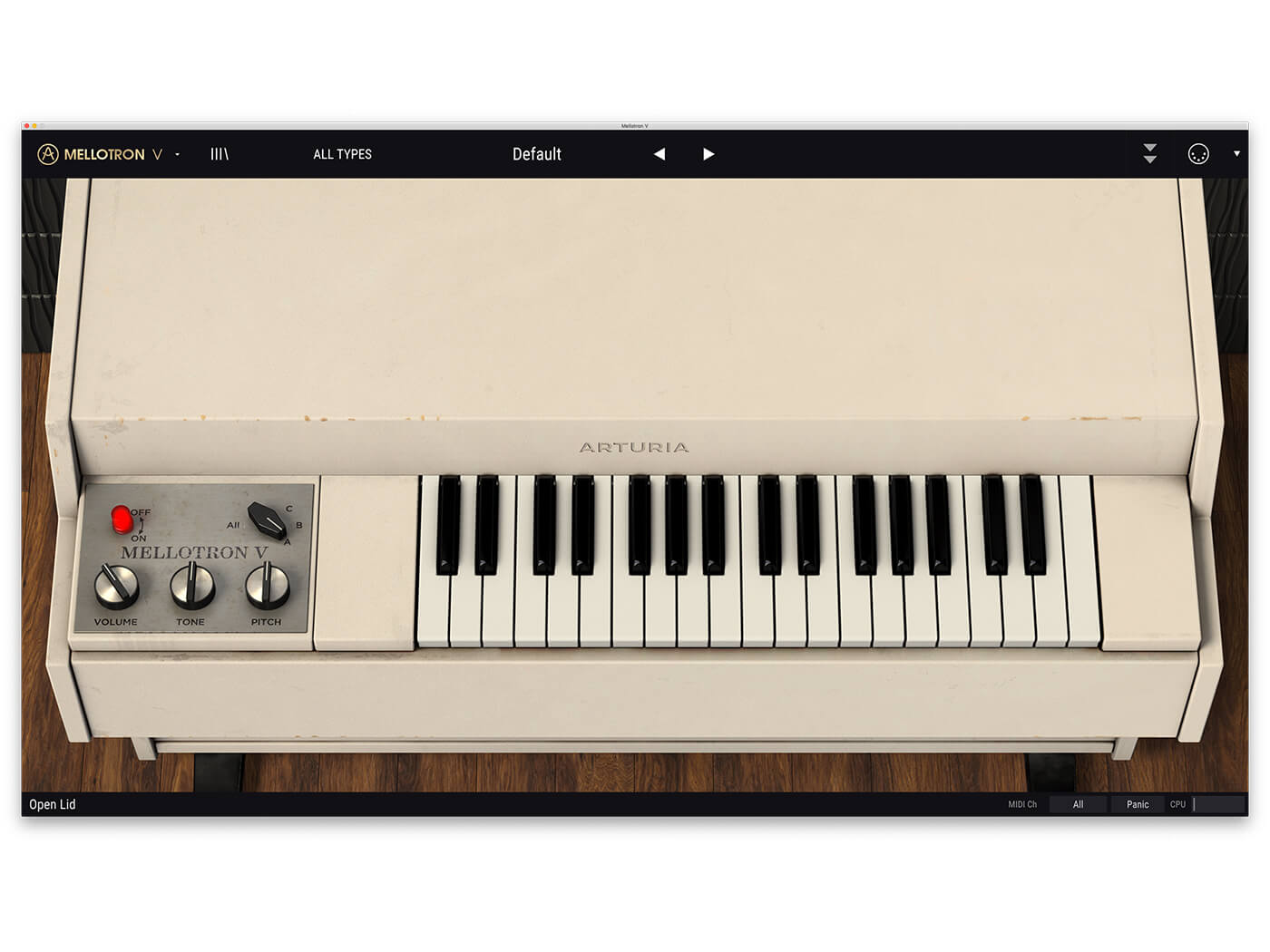 Thanks to the three-part layering, it’s pretty easy to create those classic string and choir sounds, either through layering, or zoning of timbre across the keyboard, allowing for the ability to – ironically enough – create a more realistic sound, at least for a Mellotron.

While not one of the newer inclusions, this is a perfect time to mention another classic sampler, which is also represented in this collection. The CMI V brings us the green stylings of the Fairlight CMI and within seconds of loading, you’ll be transported back to the 80s, while reproducing much of the Art Of Noise back catalogue, with a smattering of Owner Of A Lonely Heart. There is no doubt that these sounds, while deserving of classic status, do sound pretty dated now, especially as you can hear the glitching of the shortened sample-loop points, but you would surely miss them from the patch list, should they not be represented. 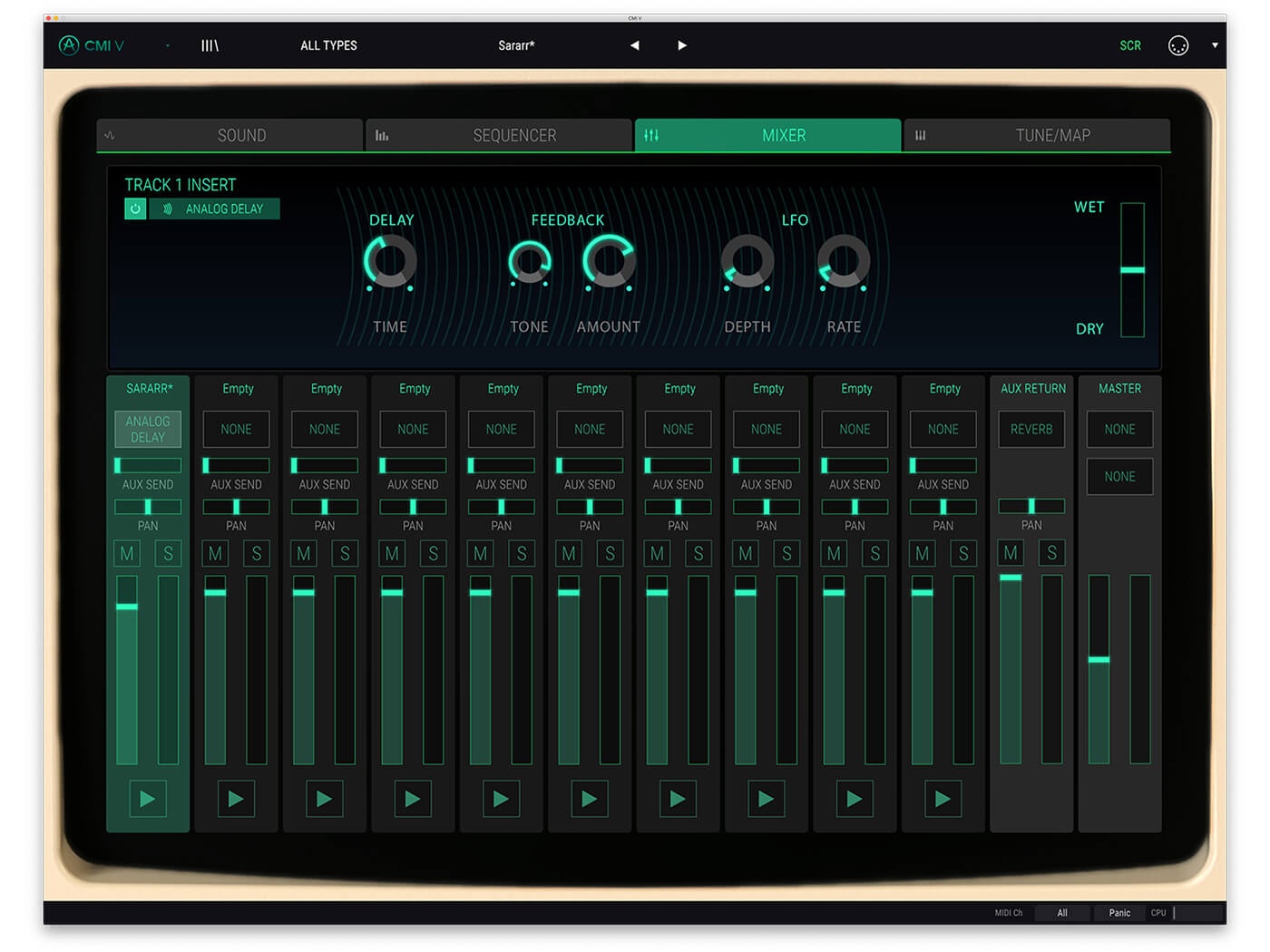 This is a fair point with all of the included instruments; regardless of the age of the piece of equipment which Arturia has cloned in software, they all have both a classic and contemporary spin. Clearly, what is fashionable now might also have been before and have simply come around again. Anyway, there’s a healthy contingent of effects, all placed at the instrument level – you’ll find everything from reverb, delay and modulation effects to full-blown sequencing options, although how useful the latter might prove is purely down to their placement or usage; they’re possibly not so useful for DAW users, but in a live setting, these could easily be triggered to create specific riffs within songs.

Further new additions to this already comprehensive suite include the Synthi V, which is based on the EMS Synthi AKS. The original, portable machine was a particular favourite with Jean-Michel Jarre and Pink Floyd, with the default patch offering a sense of the latter, being aptly titled ‘On The Run’ – clearly referring to the cut from The Dark Side Of The Moon. Unlike the original hardware, the Synthi V can operate with up to four-note polyphony, with further polyphony being available to all the other mono synths in the package. The Synthi sounds unbelievably rich, shored up nicely with those included FX, with plenty of immediate control and diversity in sound, thanks to the modulation patch grid, which adorns the centre of the panel. 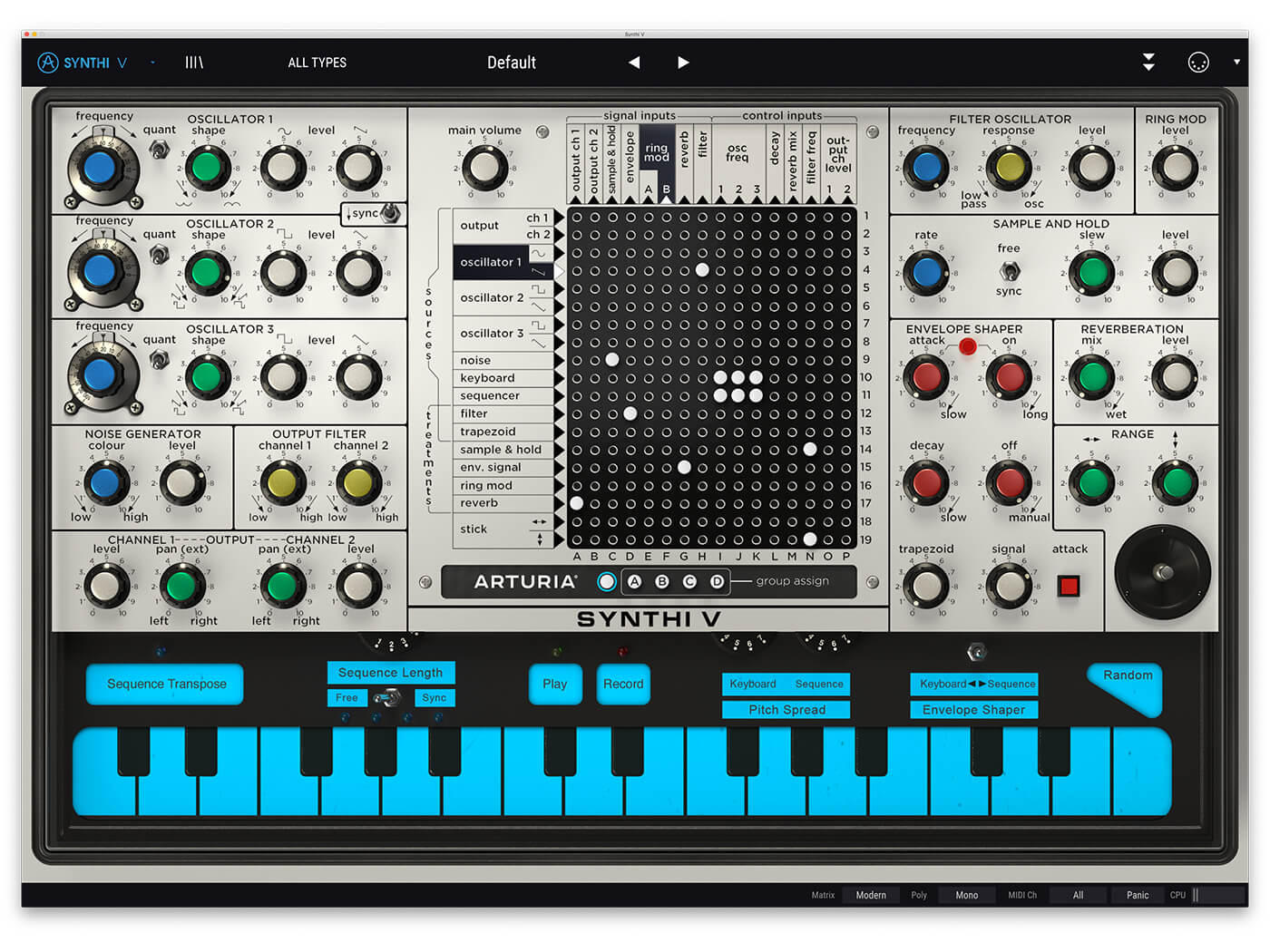 While an original Synthi commands the highest of prices, the Arturia CZ V is based on the ever-affordable Casio CZ-101, a gnarly phase-distortion synth with a unique signature and FM-like quality, which was highly favoured by the likes of Vince Clarke. In contrast to some of the softer analogue timbre, the CZ can sound sharp and harsh, with moments of contemporary tone that wouldn’t sound out of place in today’s pure-pop production.

Whichever way you decide to spin this new collection, it is a very extensive set of instruments which caters for everything from full-on funk, to out-there electronica. My only misgiving being that with so many different instruments, it can be very difficult to see the wood for the trees. This is possibly where the Analog Factory v4 instrument might come in very handy, as it offers many of the flavours of the main instruments, but in a convenient one-stop shop, with all the main editing elements right at your fingertips.

However, this is undoubtedly a very enticing package, which is full to the brim with classic and contemporary sounds, while being incredible value for money.

As soft synths go, Arturia’s instruments offer some of the best solutions out there. They are very good sonically, offer plenty of options for sound creation and in the context of the V Collection, are simply ridiculous value for money, representing a really cost-effective investment. If you also own an Arturia KeyLab controller keyboard, you’ll find the mapping is pretty seamless, although this does vary from one instrument to the next. 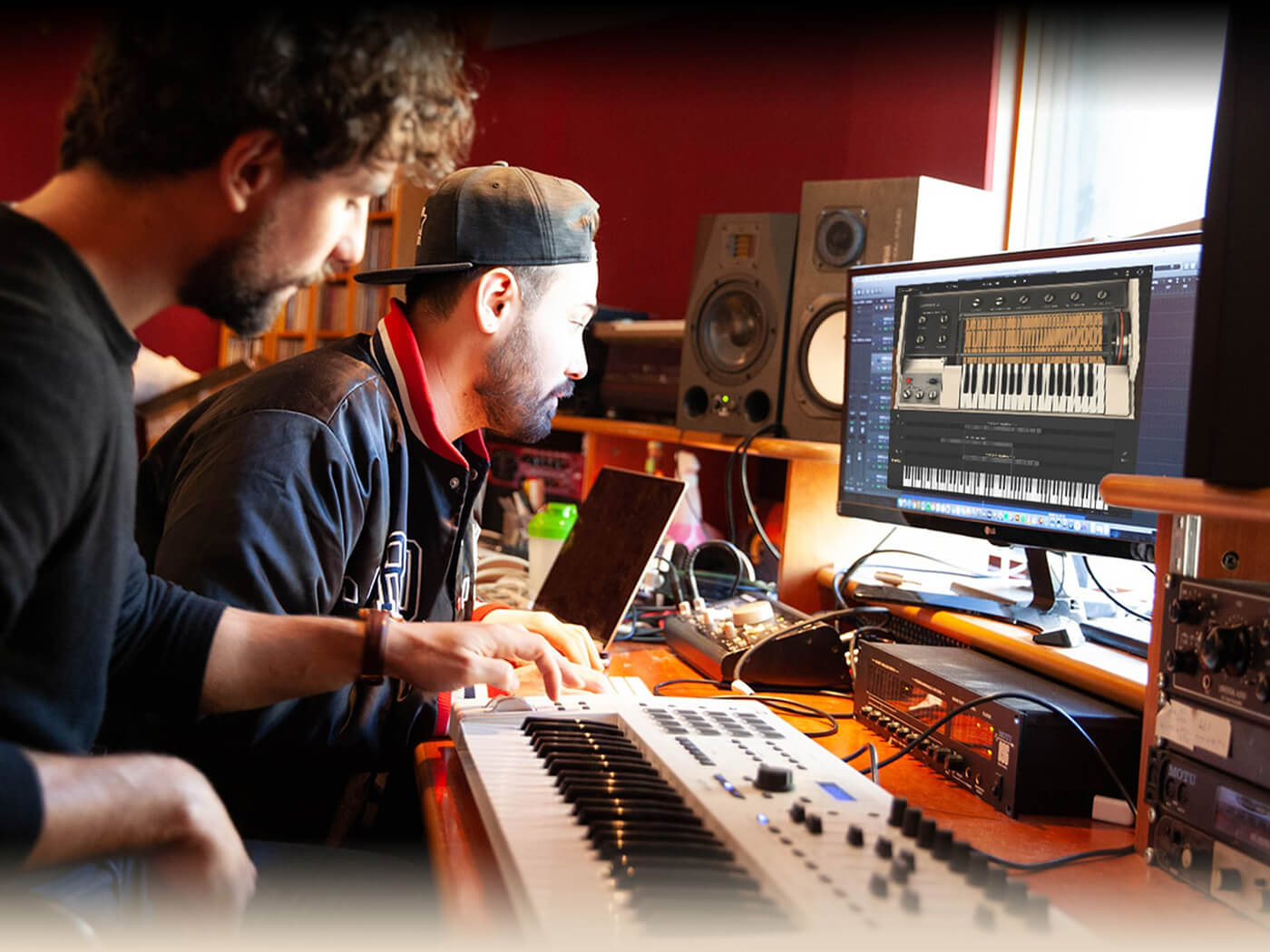 Even without Arturia hardware, the MIDI CC mapping is fairly logical and will implement well with other third-party controllers, but the KeyLab series is designed to fit the software like a glove. If you already have a DAW and are in need of some fresh third-party sounds, the V Collection should be very high on your list of possible expansions and with so much variety, it will be a huge sonic upgrade. 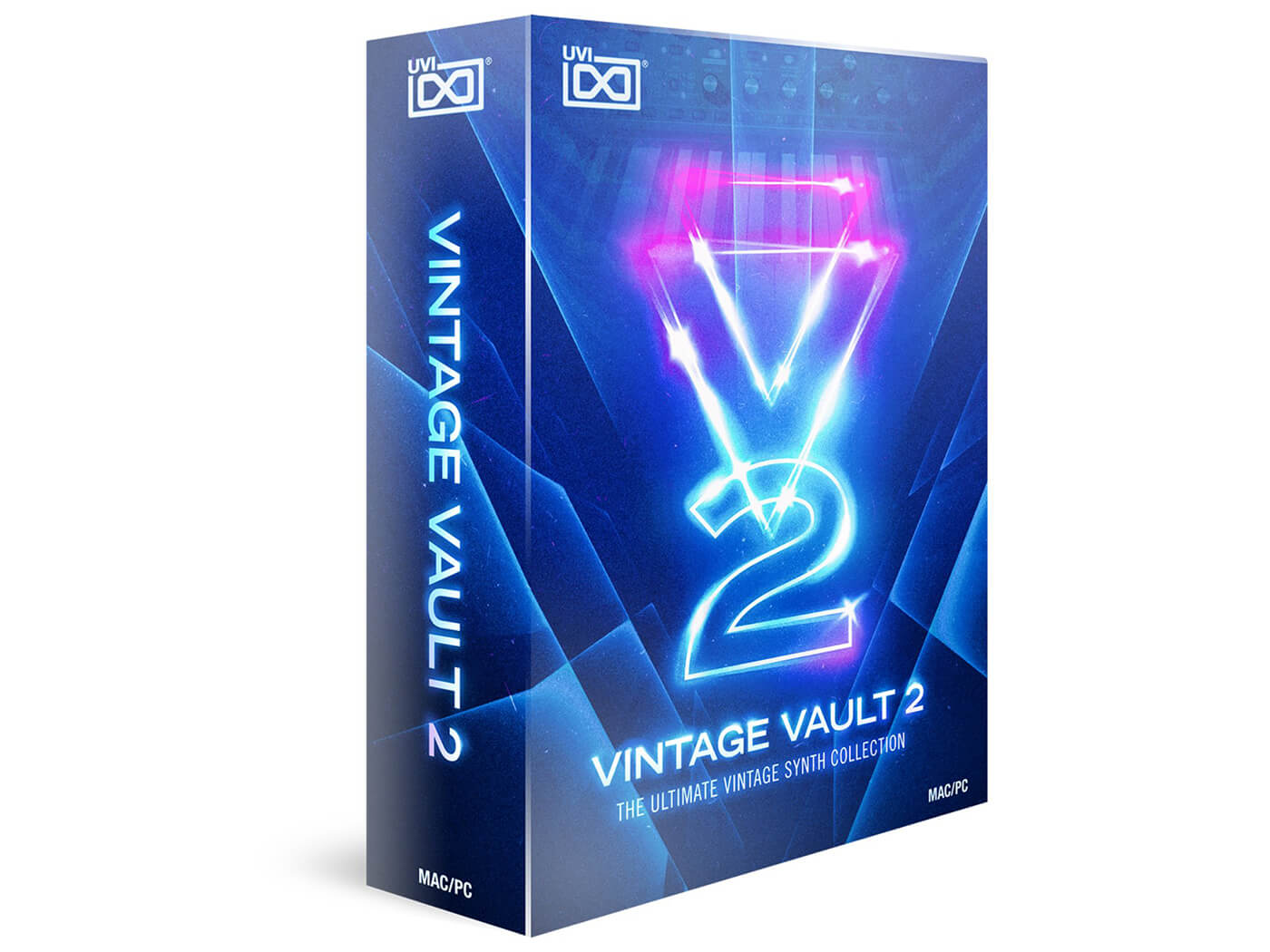 Whether purchased to run in the powerful Falcon soft synth, or within the free Workstation plug-in, UVI offers amazing attention to sonic detail, with one of the finest-sounding suites around, based on many of the same classics found in the V Collection. 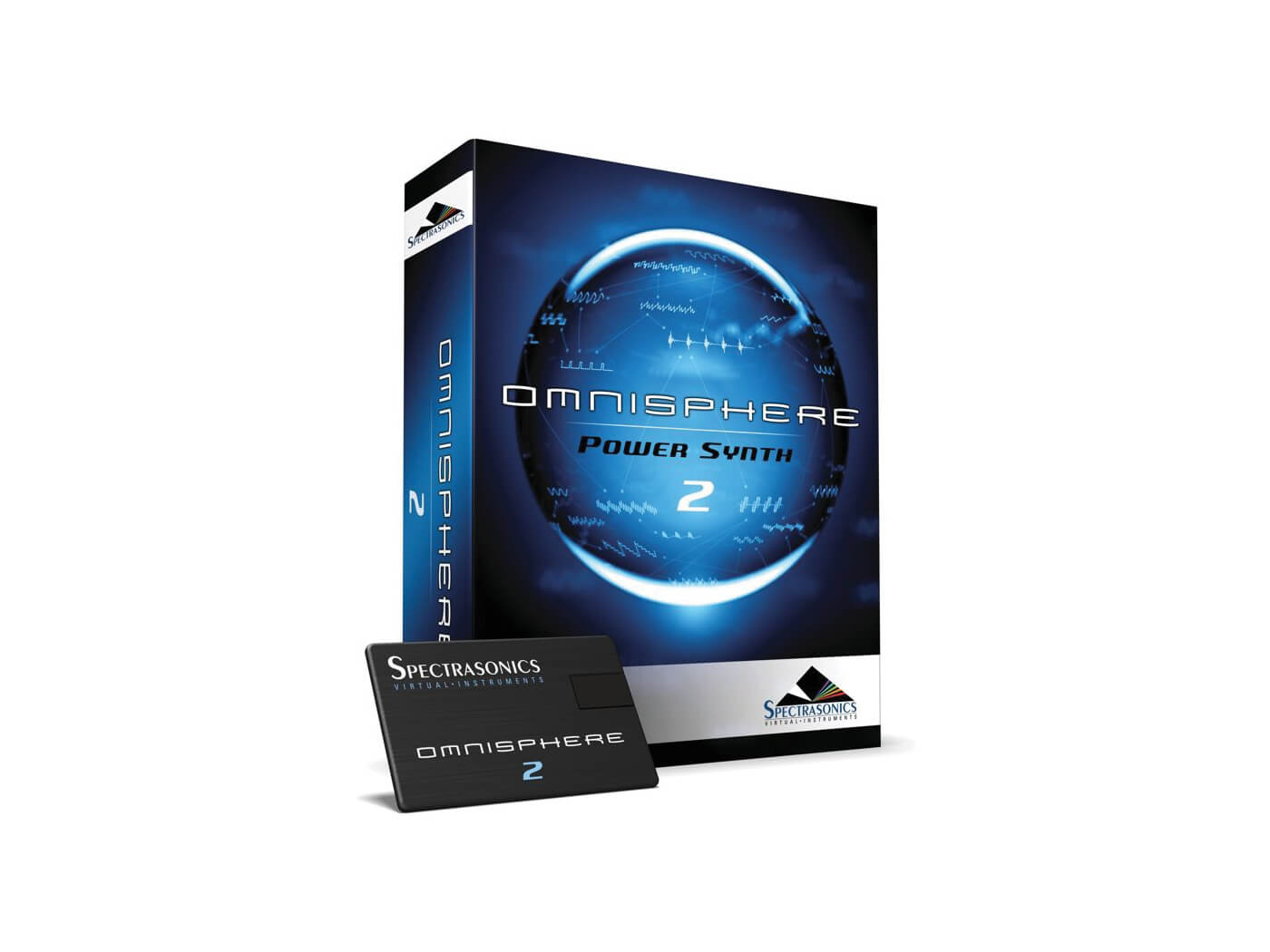 The ubiquitous Omnisphere does not set out to be a vintage soft-synth clone, but has a wealth of content derived from the classics, along with a comprehensive collection of filters, which also reflect these machines. It’s something of a powerhouse, with a very easy to use interface.