Slate’s new plug-in models three of some of the most sought-after buss compressors in the business. Mark Cousins gets squashed in our review of Slate’s Virtual Buss Compressor… Details Price $249 Contact via website Web www.slatedigital.com Minimum system requirements PC Windows 7 Mac OSX 10.6 Amazon.co.uk Widgets The allure of a good dose of buss compression is […] 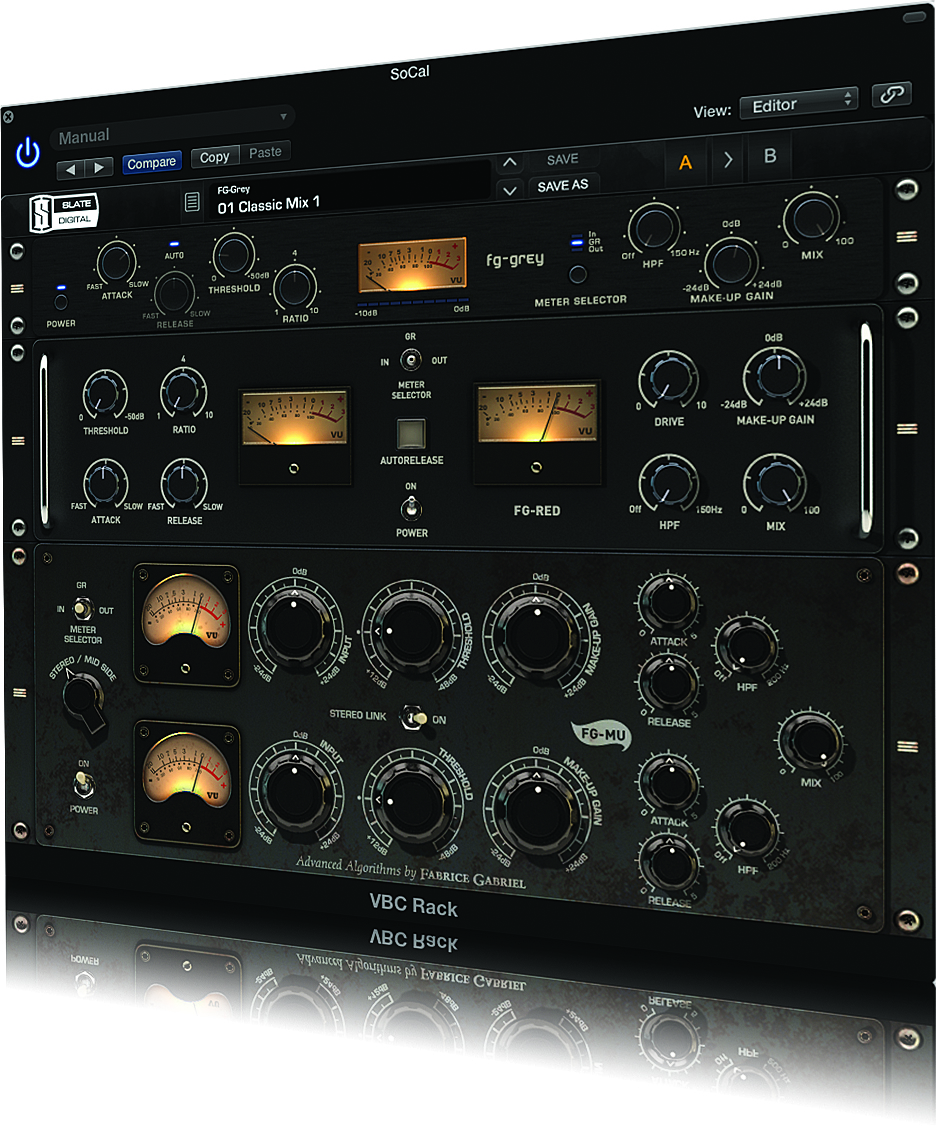 Slate’s new plug-in models three of some of the most sought-after buss compressors in the business. Mark Cousins gets squashed in our review of Slate’s Virtual Buss Compressor… 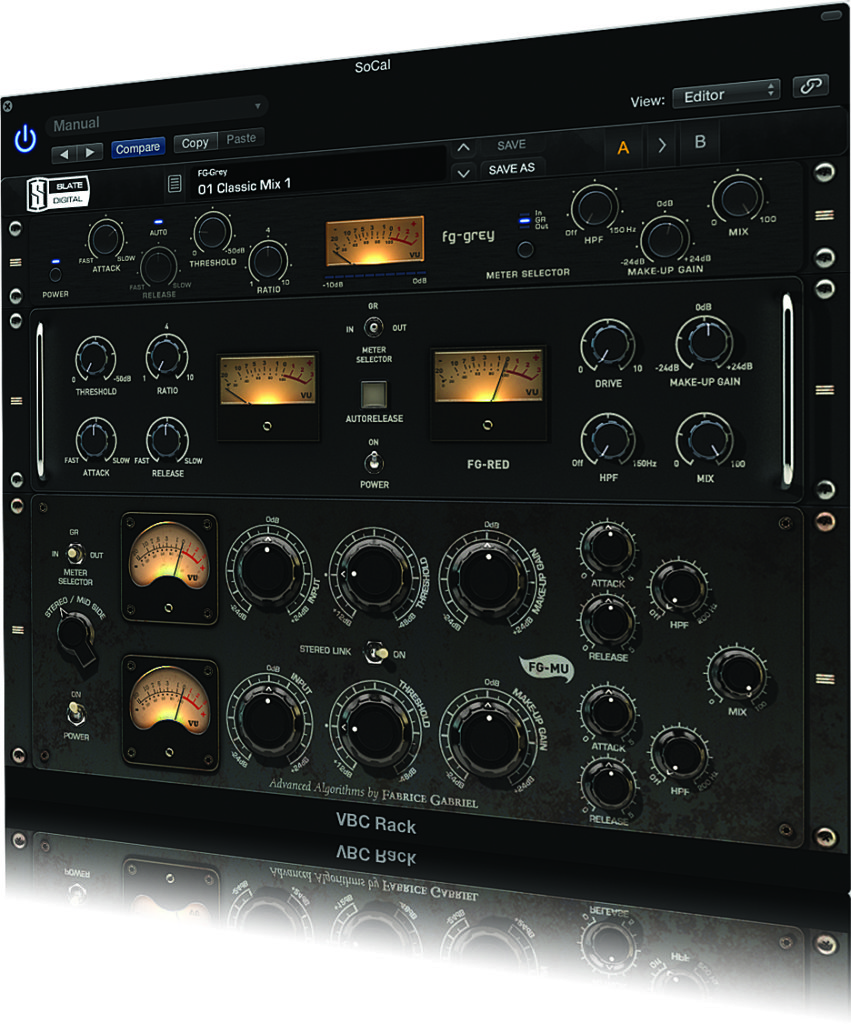 The allure of a good dose of buss compression is easy to understand, adding punch, controlling the overall dynamic and bringing that important injection of ‘mix glue’. Whether you use a compressor across the main stereo buss or across subgroups, you soon realise that its design and sound is everything. It’s no surprise, therefore, that a good buss compressor is a highly revered piece of kit, something that Slate Digital is well aware of, having painstakingly developed what the company thinks is the ultimate plug-in for buss compression tasks. It’s been a while coming, so is Virtual Buss Compressors the last word in software-based buss compression?

On the Busses
Technically speaking, Virtual Buss Compressors is actually a suite of four plug-ins. The first three cover the principal models – FG-GREY, FG-RED and FG-MU – while the final plug-in is a hybrid Rack of all three units in a single interface. It’s clear that none of the models is officially endorsed or a licensed software replica (unlike many of UAD and Waves’ plug-ins), but they are clearly based on the sound and operation of three classic hardware compressors, alluded to in all but name.

Arguably the most exciting plug-in to our minds is the FG-RED compressor, which, reading between the lines, is clearly reminiscent of the Focusrite Red compressor. The Red’s design is interesting – in essence, a clean and transparent VCA compressor but with some unique and interesting qualities thanks to a transformer on the output section. It’s also a worthy choice in that few other examples of the Red exist in software, with many developers modelling endless remakes of SSL or Urei-like compressors.

Model Behaviour
The other two plug-ins in Virtual Buss Compressors cover more typical ground. First up is FG-GREY, which appears to share a lot of similarities with the classic SSL-style buss compressor, complete with its musical auto-release and super-wide knee operation at low ratio settings. The final piece of the puzzle is the FG-MU, which seems to copy some of the characteristics of classic variable-mu compressors such as the Fairchild 670 or Manley Vari Mu. As with the other units, it isn’t an exact replica, replacing the six preset time constants of the 670, for example, with fully variable attack and release controls but retaining the unique 670 M/S compression mode.

All of the models sound fantastic – a fact largely explained by the detail of the modelling, especially in relation to the compressors’ non-linear behaviours. Whether it’s the valve-like colours of the FG-MU or the ability to add drive to the output of the FG-RED, these compressors do more than just control gain. More importantly, though, the Virtual Buss Compressors don’t need to be pushed hard to produce results, often delivering the right amount of ‘audio magic’ when they’re applying around 2–3dB of gain reduction.

Rack ’em Up
The addition of the Rack option, which includes all three plug-ins in a single GUI, certainly adds to the possibilities offered by Virtual Buss Compressors. Whether you’re simply A/B’ing the different styles of compression or chaining together compressors to achieve a unique hybrid buss compression, the Rack certainly comes into good use. As with all of the plug-ins, there’s a great collection of presets that have been intelligently programmed to be useful production tools, but also demonstrate the possibilities offered by the compressors.

Evaluated alongside the Virtual Console Collection and Virtual Tape Machines, Slate Digital seems to have assembled the perfect trio of ‘analogue-like’ plug-ins for virtual mixing. Arguably, all of the plug-ins (including VCC and VTM) are the missing link between the precision of in-the-box mixing and the more rock-and-roll approach of mixing through a large console with hardware compressors. Although there are plenty of other dependable software-based buss compressors out there, Virtual Buss Compressors arguably trumps them all by providing three distinctly different models alongside the ability to build hybrids with the Rack.