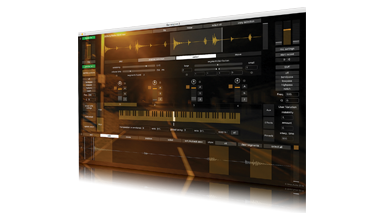 Sometimes you want to make your own unique soundscapes. Hollin Jones unwraps the unusual – and very affordable – Generative and Feedback from Siren Audio 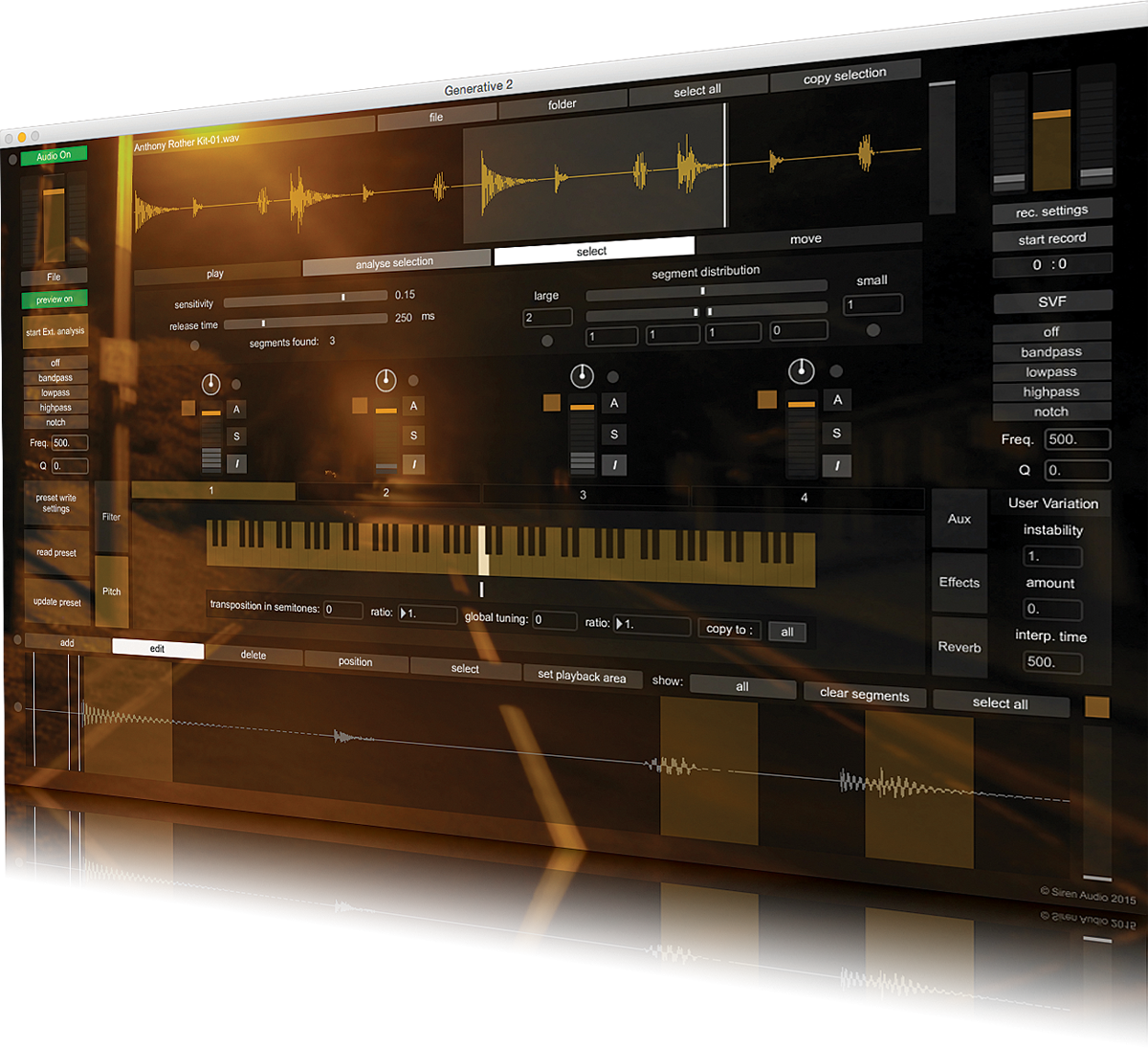 Max/MSP is something that not all musicians have heard of, but those who have studied synthesis almost certainly will have. It’s an environment for building software instruments and effects, and it’s been around for quite a few years, gaining functionality as time has passed. Unlike coding applications from scratch, Max/MSP provides a bunch of audio-specific building blocks to help a developer get started, though it’s still no joke actually making something that works. Play around with it for a little while and you’ll quickly start to appreciate the difficulty of building your own software.

Generative and Feedback are two processors from independent developer Siren Audio. Built in Max, they run on Mac or PC and are standalone applications, not plug-ins. Authorisation is done via a challenge and response system, and you need to email a code off to get an unlock key back. Once that’s done, the apps are fully functional.

It’s worth noting that before you start you will need to give the manual a pretty thorough read: the quick start manual at the very least, and preferably the main manual as well. These aren’t really ‘pick up and play’ tools, you’ll need to invest some time in learning how they work even if you’re quite experienced with music technology. This is often the case with applications that have been built in Max/MSP, as they can be pretty esoteric and experimental.

My Generation
Let’s begin with Generative. This is designed to transform sound from a file or an external input into evolving soundscapes by using granular synthesis. The idea is that synthesis parameters constantly change, as do playback position, volume and panning. 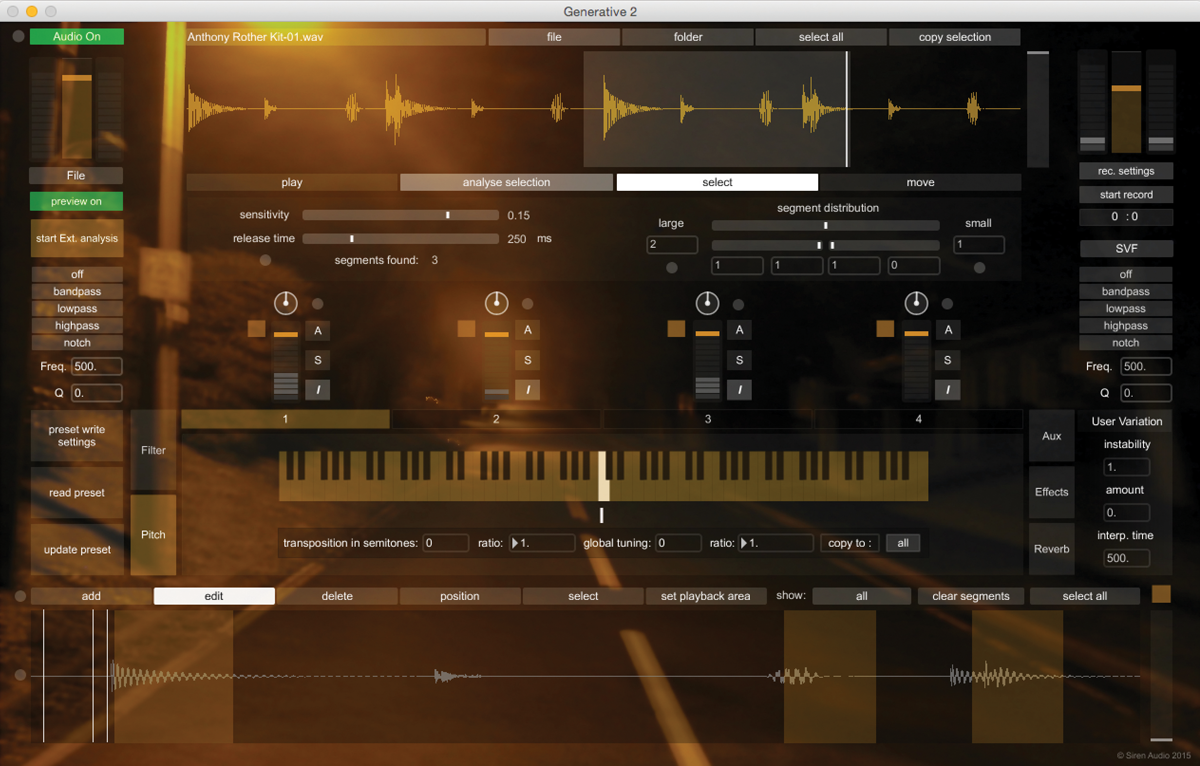 You can load a sample or specify any audio input on your system to get sound into the processor. Each granular device must have a number of segments that get used as destinations for its playhead or playback position. Once a sample is inside the instrument, it is analysed and the results are used to drive the granular synthesis engine. There are a number of controls inside the main area of the application’s window, and some are contextual, changing based on what you select.

Truthfully, you have to wrap your head around what the app is actually trying to do before you can start to properly navigate around. Filters are available at different stages in the signal path and there are aux channels and effects, too, such as delay, distortion and reverb. Contrast in the interface could be a little stronger, as sometimes buttons don’t initially seem to be buttons: it’s all a bit dark.

When you do get a sound running and being processed, the results are suitably experimental and ambient. These kinds of sounds are increasingly popular, not just for installations but also soundtracks for movies and TV, as composers look to go beyond regular synth sounds and create entirely new soundscapes and textures. Generative can certainly do that, though you’ll benefit from being willing to delve into its deeper workings

Good Feedback?
Feedback 2 is a different beast and takes audio from a file or external input and sends it to 20 different delays, each with its own delay time, time variation and gain settings.

The idea is that the compressed output of these delays is fed back into the delay line, the result being the possibility of creating infinite feedback. As such, it’s designed to be good for creating layered sounds, drones, loops and textures. This is not dissimilar to Generative, though the way it’s achieved is not the same. 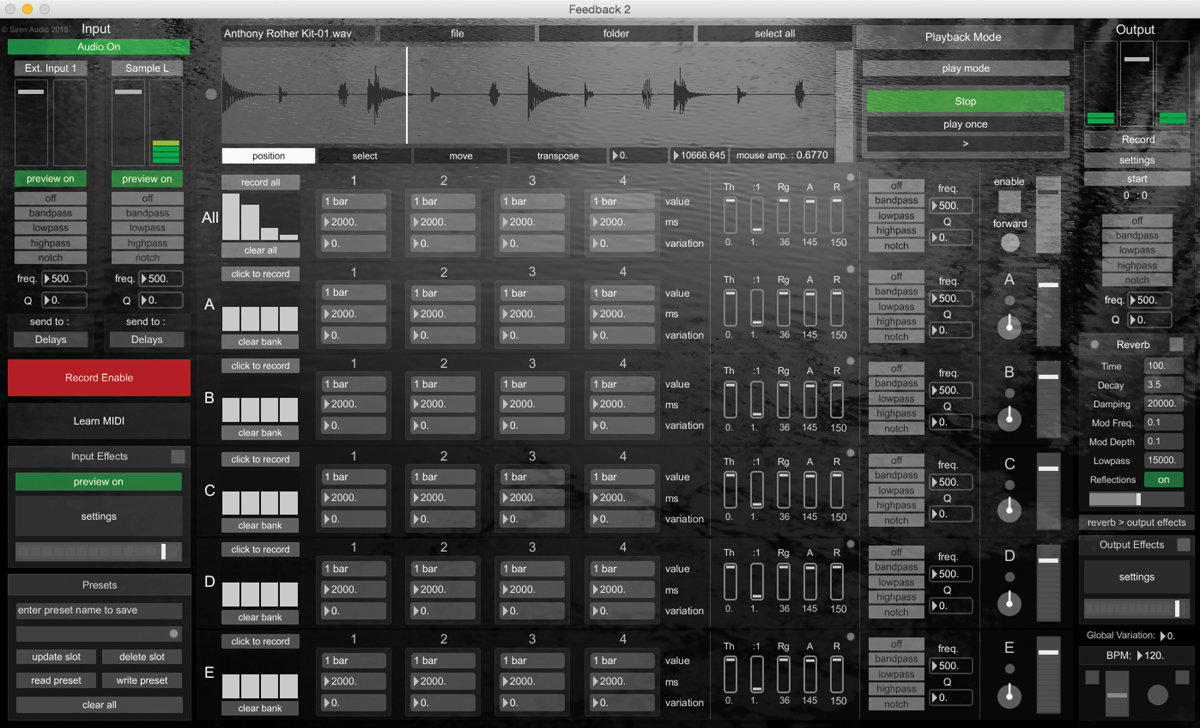 In addition to the delays, there are other effects, including compression, filtering, reverb and distortion, and the output of the app can be recorded to a file in fairly flexible ways, letting you choose which parts of the signal chain get recorded. Again, it’s a little complex to look at, though the layout is easier to trace signal through than is the case in Generative. Its results are very experimental and great for building textures, drones and loops.

Sound of the Siren
These are two powerful audio processors that will be of great appeal to those with a keen interest in synthesis and sound design. They’re not for beginners, and it’s true that turning sound into more complex sound is a feature available elsewhere, such as in Izotope’s Iris synth.

That being said, these are significantly more affordable and similarly powerful, provided you’re willing to get into the nuts and bolts of how they work. Demo versions are available that, although feature-limited, will give you an idea of what they’re all about. At such affordable prices, dipping a toe into the water isn’t all that much of a gamble. 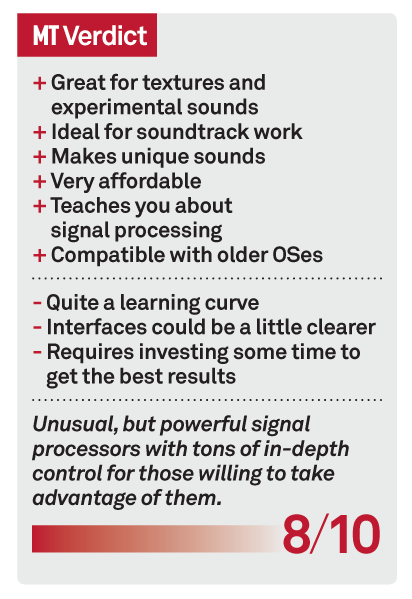