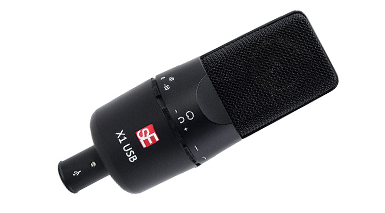 Joining sE Electronics’ X1 series, the X1 USB is a fixed cardioid condenser with digital output and 24-bit converters that can operate at sample rates up to 192kHz. Huw Price plugs in. 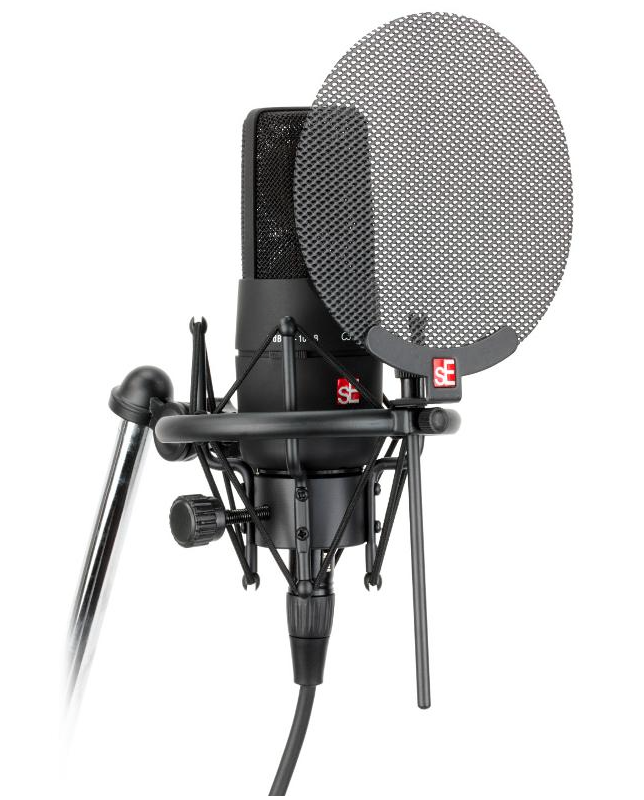 There are now several models in the X1 line, all with the same stubby body shape and rubbery-textured black finish. We have seen the X1 condenser, X1R ribbon, X1T tube condenser and now the X1 USB joins the lineup.

Unlike sE’s other USB mic, the 2200a USB, the X1 USB has no simultaneous analogue output. Even so it’s impressively spec’d with switchable bass roll off and 10dB pad. The X1 studio condenser has apparently been sE Electronics’ most commercially successful microphone to date. This USB version is said to replicate “the same professional studio quality sound… but in the convenience of the latest USB2 format”.

This claim can be justified because the X1 USB shares the same fixed cardioid capsule and on-board electronics. The difference is that on-board 24-bit digital converters route the signal to a USB 2 socket at the base of the body. Sample rates up to 192kHz can be selected, and that’s a pretty big deal so far as USB mics are concerned.

The kit ships in a box with a fitted foam insert to keep everything snug and supported in transit. A USB cable is provided but its length couldn’t be described as generous. However, since most owners are likely to be operating their computers while they’re recording it shouldn’t prove to be a major issue. 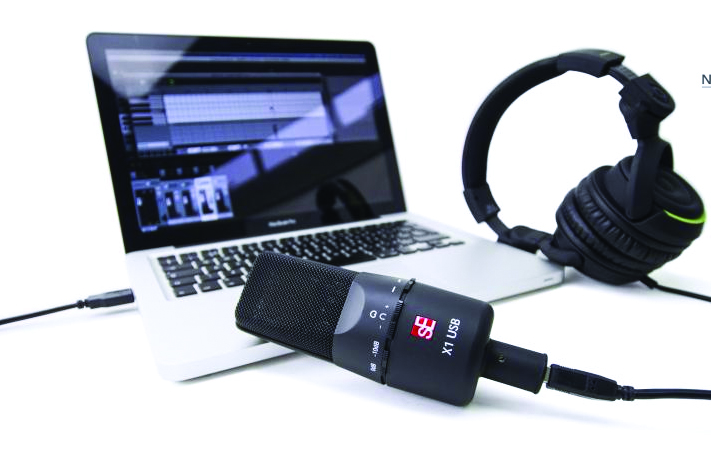 The pop shield is a clever design that slots into a guide at the front of the mount and is secured into position by a thumb clip. Microphones push into the base of the mount and a wheel under it twists to clasp the output shaft. This kit is also compatible with sE Electronics’ Magneto and 2200a II series mics.

As you would expect, the X1 USB has zero-latency, on-board monitoring with a mini-jack headphone socket on the side of the body and a volume control on the front. Mac users are advised simply to plug the X1 USB into their computer’s USB 2 or 3 port and check that the X1 USB appears as an option in System Preferences. Windows users must download and install the X1 USB driver from the sE website. 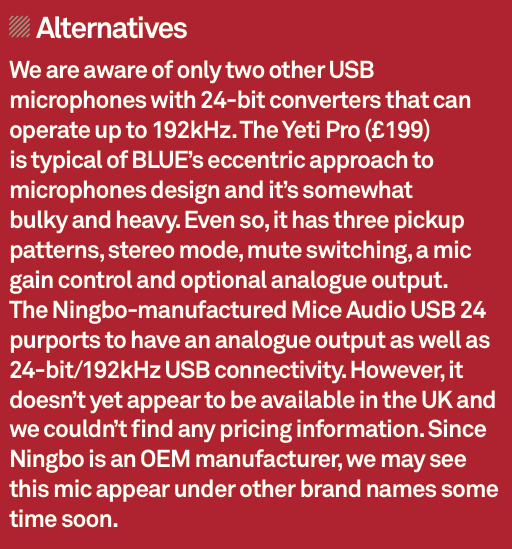 We compared the X1 USB with our archived recordings from the original X1 we reviewed and they were virtually indistinguishable. Once again we got plenty of detail, a pleasant sheen from a subtle presence lift and a slight degree of roll off in the low mid and bass regions.

This suggests that the converters are doing a very fine job. However we did find that output levels were somewhat lower than we would have considered ideal. There shouldn’t be any issues with loud sources, but vocalists and acoustic instruments will need to be quite close to the X1 USB to achieve optimum levels.

If a user’s audio standards are such that they choose to work at the highest available sample rate, then it follows that they would also choose to work with the highest quality microphones. While the converters are the best sE offer, the X1 is perhaps not sE’s finest microphone. Maybe one of the company’s higher-end mics might  have provided an even better home for these converters.

Suspension mounts, multi-patterns and optional analogue outs are standard features with some USB mics but their converters cannot compete with the X1’s. If you like the sound of the X1, you’ll definitely like the USB version – it’s a fine mic, especially if you work at high sample rates, and very useful for location and mobile recordists. 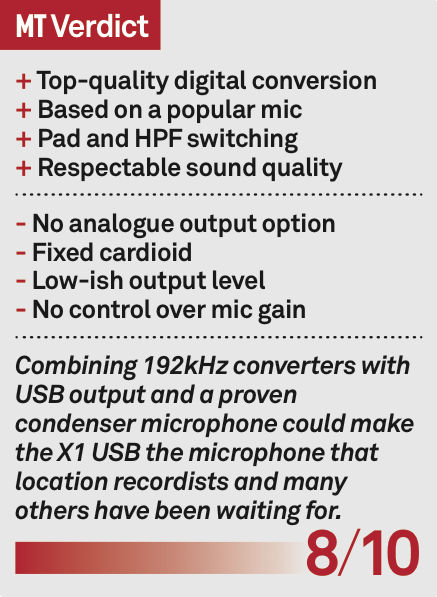