Can SE Electronics’ new X1 A microphone compete for a place in your studio mic locker? Mike Hillier finds out… Details Manufacturer SE Electronics Price £85 Contact Focusrite Web www.seelectronics.com When SE first launched the X1, in 2010, our attention was immediately drawn to not only quite how little the microphone was going to cost, but […] 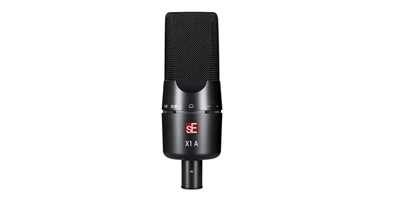 Can SE Electronics’ new X1 A microphone compete for a place in your studio mic locker? Mike Hillier finds out… 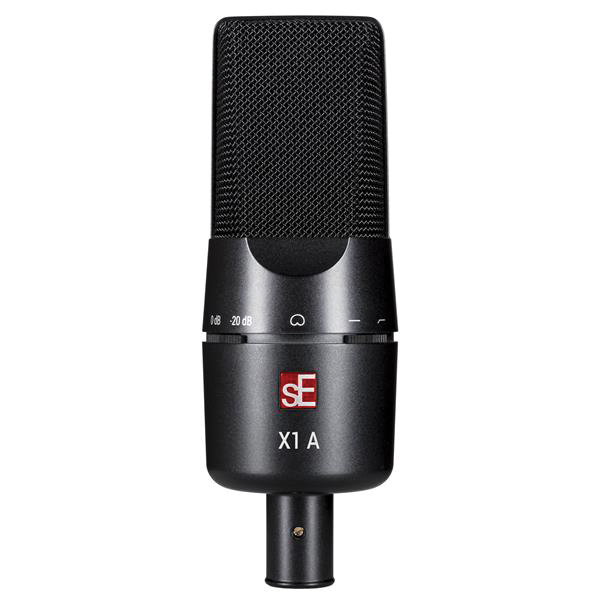 When SE first launched the X1, in 2010, our attention was immediately drawn to not only quite how little the microphone was going to cost, but also how well it compared to alternative microphones, some costing many times more. The X1 far outperformed our initial expectations for a microphone at this price, delivering solid lows, a smooth midrange and exciting, if slightly hyped, highs.

SE has since expanded the range, using the same chassis for a ribbon microphone (X1 R), tube condenser (X1 T) and a version tuned for use on kick drums (X1 D). The newest addition to the line-up, the X1 A, is essentially an update to the original X1, aimed squarely at musicians and entry-level engineers looking for an all-purpose large-diaphragm condenser microphone. SE has managed to bring the price of the microphone down with this update, too.

Despite looking almost identical to the older model, the X1 A is built around an all-new 17mm capsule. This is about half the size of the 32mm K67-style capsule in the original X1. Furthermore, the electronics have been updated, the pad is now twice as strong at -20dB, and the slightly unusual 500Hz 4dB/Oct high-pass filter has been replaced with a more standard 100Hz 6dB/Oct high-pass filter.

A 17mm capsule puts the X1 A in somewhat of a middle ground between small-diaphragm and large-diaphragm condensers: a ground also occupied by the AKG C1000S and not all that much larger than the 15mm capsule in SE’s RN17 microphone. In theory, a smaller capsule means the microphone will respond more accurately to high frequencies and have a greater dynamic range, at the expense of some sensitivity and self-noise.

The X1 A comes with a clip and mic-stand thread adaptor, rather than a full shockmount. Of course, at this price there is no flight case included, but we don’t foresee this being an issue for most of the home-studio owners who will be tempted by this microphone.

Entry-level condenser microphone options are surprisingly broad-ranging, with Marantz possibly offering the cheapest with the £40 MPM-1000. AKG, ART, Samson and MXL all make similarly priced offerings. There has never been a better time to get started in home recording…

Enough of facts and figures, how does the new X1 A sound? We started our testing on a male rock vocal. Initially the low-end was a little pronounced, and the proximity effect was overwhelming, but backing off from the mic and engaging the high-pass filter cleans everything up a little, although we got even better results using the 12dB/Oct 80Hz filter on our preamp. However, backing off to a full foot and swapping the mic clip for a Rycote shockmount cleaned up the low-end even more, and we were happiest with this method and the mic’s built-in filter. 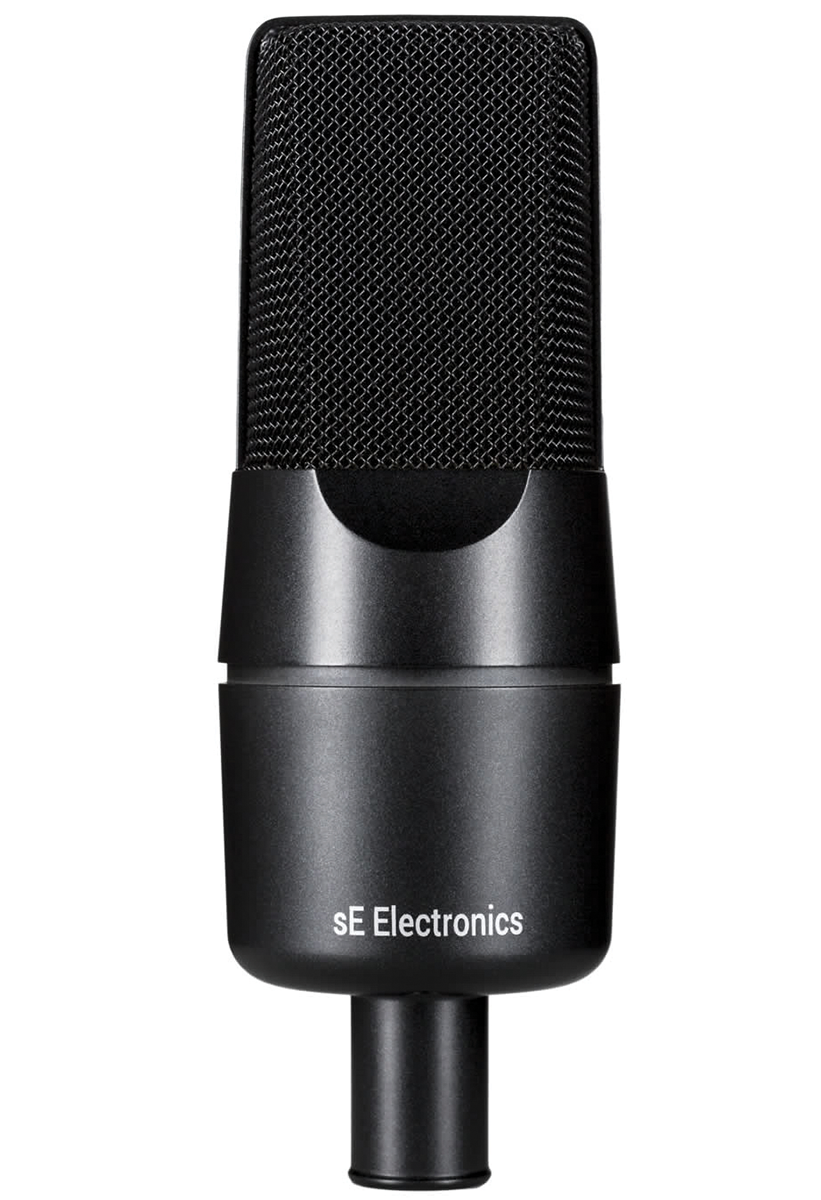 The midrange is smooth, if a little choked and boxy, and there’s a small but noticeable high-end boost peaking around 8kHz, which helps to add a sheen to the vocal, without sounding sibilant, or too airy. Overall, this was a usable vocal sound, although we’d want to EQ out some of the low mids to get it to fit more evenly in a mix.

On an acoustic guitar, the low end didn’t seem quite as overwhelming. But there was still a boxiness through the lower mids which would require EQing out, even with the filter engaged. However, the detail in the top end was superb.

The strings really sang, and there was none of the edgy harshness often associated with too much presence boost in this area. In particular, the microphone worked well on fingerpicked acoustic guitar, where the detail and focus of the X1 A worked perfectly with the already fairly bright nature of our dreadnought guitar. On open strummed chords, the mic sounds big and full – but it’s here where the force of the midrange is left feeling a little constrained.

Comparing the X1 A to other microphones in our cabinet revealed some shortcomings, particularly in the midrange, which sounds forced by comparison with our other, admittedly more expensive, microphones. At a similar price, comparisons can only really be made with dynamic microphones such as the Shure SM58, which can’t compete with the level of detail and crisp high-end in the X1 A.

It can be very easy to be snobby and make negative assumptions about inexpensive microphones, and the X1 range has done an excellent job of deflecting that criticism with some exceptional qualities at absurdly low prices. The X1 A isn’t going to replace any of the classic mics in our mic cabinet, but it would make for a great first microphone for anyone starting out in the world of recording. 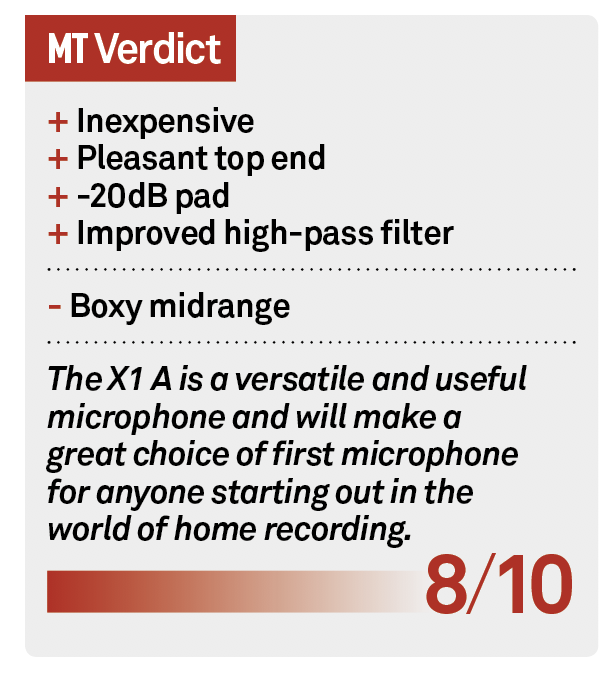