sE has a new small diaphragm condenser to replace the sE4. Mike Hillier finds its strengths. Details Price – £399 Contact – Sonic Distribution Web – www.seelectronics.com The sE5 microphone is the latest small diaphragm microphone to come from sE, replacing the sE4, which in turn replaced the sE3. The sE5 is available individually or […] 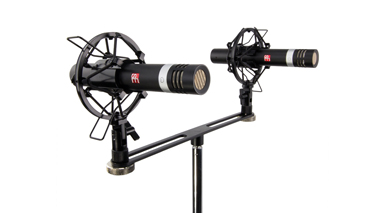 sE has a new small diaphragm condenser to replace the sE4. Mike Hillier finds its strengths.

The sE5 microphone is the latest small diaphragm microphone to come from sE, replacing the sE4, which in turn replaced the sE3. The sE5 is available individually or as a matched pair, which is what we received for review.

The sE5 pair comes with a sturdy-looking flight case, stereo bar and custom shock mounts, which while a little larger than standard clips will also do a better job of restricting resonances from the stand.

Unlike the sE4, the sE5 does not come with interchangeable capsules, and is instead presented with a single cardioid capsule. For most project studios, which have less-than-ideal rooms and will want to keep room noise down to a minimum, this is the best option, but it’s a shame not to have the option of at least an omni capsule. Small diaphragm mics are often used when fast, natural-sounding signals are wanted, and the omni pickup pattern is the most natural sounding, with no bass proximity effect – unlike the cardioid pattern.

The sE5 body is fairly large for a small diaphragm condenser and is finished in a matte black – apparently to help the mic blend into the background when used on stage. The body houses switches for a 100Hz high-pass filter and a pad that can be set to -10 or -20dB. 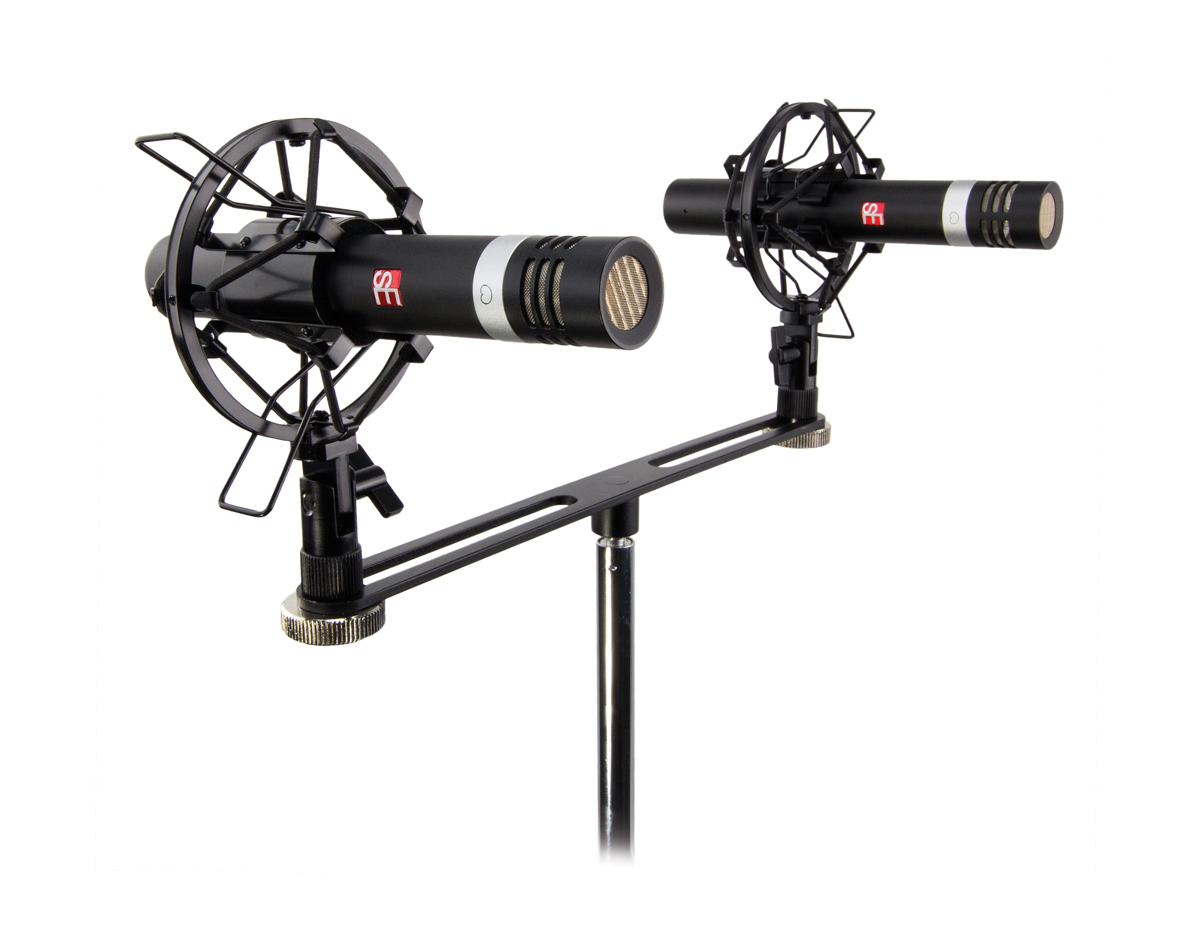 Playing the Blues
Small diaphragm condenser mics are frequently used on acoustic guitars and other stringed instruments, as well as acoustic pianos, percussion, drum overheads and other instruments where capturing a detailed high end is required.

With this in mind we put the sE5s up as a coincident pair (X/Y) on our acoustic guitar and recorded a variety of takes, from big open chords to fast picking patterns and even a little slide blues.

The sE5s captured plenty of detail, presenting a natural-sounding guitar with plenty of body and detail. The open chord strums sounded huge – the attack of the pick hitting the strings was fast and clean, while the resonance from the body gave a strong low-mid presence.

On the faster finger-picked material the sE5s captured plenty of detail from the strings, as well as a fair amount of finger slides and fret noise from the mic pointed towards the neck.

On the bottleneck slide takes the sE5s again captured a clean, natural tone with a bold midrange. We were recording an acoustic guitar with a naturally bright tone, which was exaggerated by the sE5s resulting in a sound that had a little too much high end for our tastes. 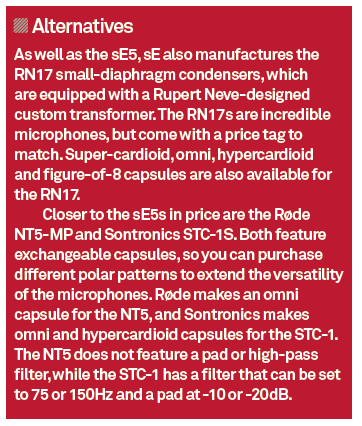 On a less bright guitar this might make the perfect match, putting a little sparkle back into the signal, but on our guitar we ended up using a high-shelving filter to take a little off above 8kHz.

The stereo balance of the two mics presented a strong central image, with only a little width, making it easier to place in the mix. Less well-matched microphones would present a wider stereo image, but this could also be created with different stereo techniques using the sE5.

We’re not fans of small diaphragm condensers as overheads on drumkits. While a popular technique, we find it tends to lead to the hats and cymbals sounding overly bright and harsh, and popping out of the mix. The sE5s were no different, pushing the hats up in the overhead image. However, switching the sE5s to close mic’ing the hat and ride played to the mic’s strengths, leaving us to choose more appropriate overheads.

On hi-hat, the cardioid pickup pattern of the sE5s let us isolate the hat from the snare a little and captured all the sizzle of the hat, while the stick attack on both the hat and ride had plenty of transient detail. The high-pass filter came in useful here, cutting out some of the low end from the kick and snare, tidying up the hat and ride signals, and keeping control of the proximity effect.

The new sE5s may not have the flexibility of the older sE4s due to the lack of exchangeable capsules, but sE has worked hard to make the newer mic as great as possible. The sE5 captures transients effortlessly, and has a slight lift in the top end, which will brighten up any source. A matched pair of SDCs is an essential purchase for every studio at some point, and the sE5s are an inexpensive option, making them an essential inclusion on your shortlist. 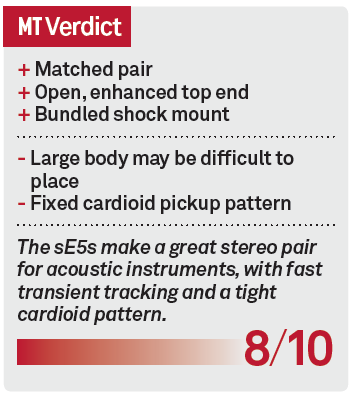 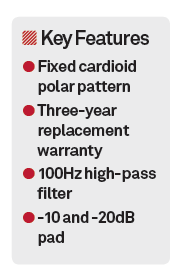