Can Rupert Neve transform the humble DI box? Mike Hillier plugs into the RNDI… Details Price £239 Contact Sonic Distribution 0845 500 2500 Web www.rupertneve.com It’s quite easy to get excited about a new preamp, EQ or compressor, but a new DI? These boxes are usually ignored, considered nothing more than a necessary utilitarian device, […] 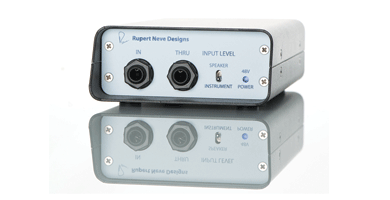 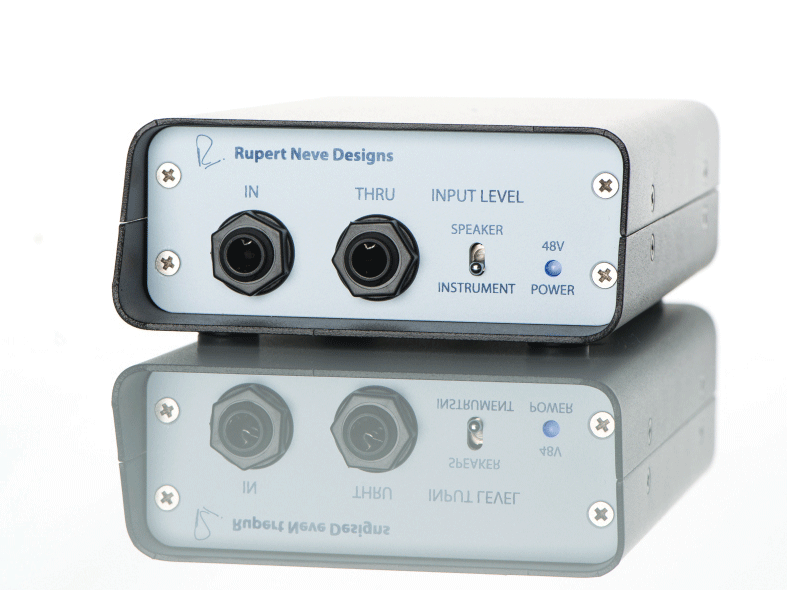 It’s quite easy to get excited about a new preamp, EQ or compressor, but a new DI? These boxes are usually ignored, considered nothing more than a necessary utilitarian device, like a cable, or patchbay. In some sense, this is true; a DI needs only to provide impedance matching and conversion from an unbalanced to a balanced signal.

There’s no magic to it, so why look for anything in a DI other than this – and perhaps a build quality that suggests it won’t fall apart the first time it’s put on stage? The answer is not all DI boxes are made equally. And while most utilise little more than a transformer to do the work, the choice of transformer can have a huge effect on the signal. Active circuitry is another alternative, but brings problems that can limit the frequency response and dynamic range and introduce distortion.

The RNDI is an active DI, employing a custom-wound transformer alongside a Class A discrete FET amplifier. It’s run with phantom power from whichever mic preamp you choose. Unlike many DI boxes, the RNDI does not have any options to pad the input for loud signal sources. However, it is capable of handling signals up to +21.5dBu, which should be plenty of headroom for even the loudest of line level signals. In fact, RND says the RNDI can be used to re-preamp signals by running the output of your interface to the RNDI and back into any preamp. 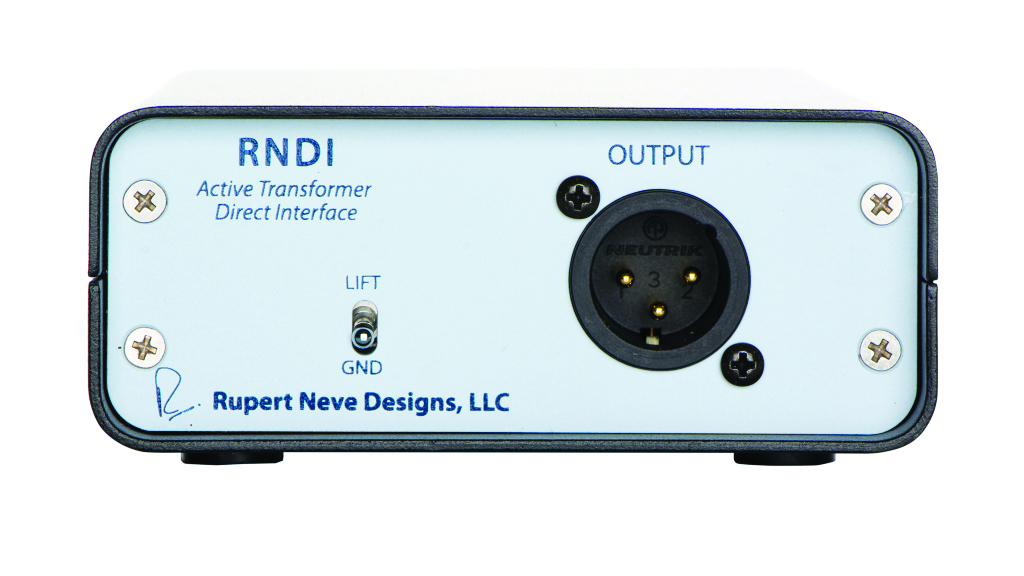 In Speaker mode, the RNDI can be placed after the power amp stage of your amp and before the speaker, converting these power amp signals down to mic levels. The manual boasts that the RNDI can handle the output of a 1000-watt power amp, with signal levels up to +41.5dBu. It’s worth noting, though, that while the RNDI can handle these signal levels, it’s not a load box itself, and that amplifiers – particularly valve ones – must still be connected to a speaker (or a load box) using the Thru output on the RNDI, or you risk damaging the output transformers.

Alternatives
The ability to handle speaker-level signals puts the RNDI in a class of its own. But if you’re looking for a DI to place in front of the amp, there are plenty to choose from. Radial has a huge variety of DI models – the JDV is probably the closest competitor to the RNDI, featuring all class-A circuitry.

In The Wild
We first used the RNDI as a simple input stage for a bass, running straight into our CAPI VP28 preamp. It can be a nice trick with these preamps to drive the inputs hot, especially on dry DI signals, then turn down the output.

However, to get an idea of the quality of the RNDI we left the input at a conservative level. With everything kept clean, the tonality of the bass rang through. Even with the bass volume turned up and the player hammering out loud, plucked notes there was no sign of the signal breaking up. The RNDI added little to nothing to the signal, but importantly took nothing away either. The low-end of the bass was full and round, while the highs sounded neutral. 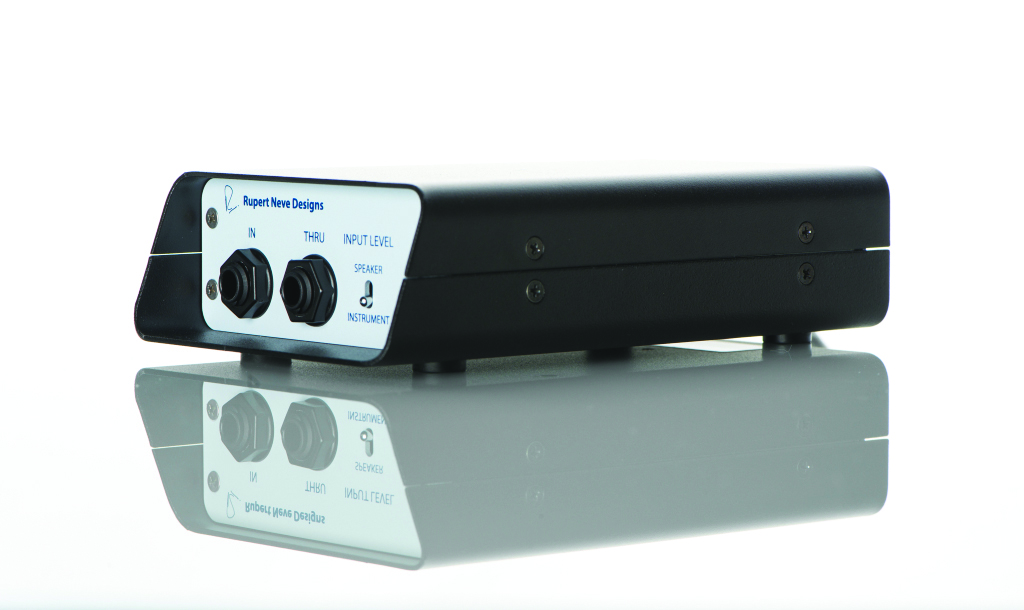 Next, we took the RNDI to a gig by a singer-songwriter playing acoustic guitar through the DI and straight into the PA. The RNDI has a rugged steel chassis, so there was no worrying that we’d end up having to explain why we’d sent back a shattered box after the singer inevitably stood on it. The bigger worry was getting it back, so clean and clear was the guitar tone – a Martin acoustic with Fishman pickups. There was almost no need for EQ.

Finally, we put the RNDI between a Marshall JCM800 head and a 4×12 cabinet, in Speaker mode. The recorded signal captured much of the detail of the amp distortion without having to mic up the room and worry about bleed from other instruments, but it was very bright, lacking the filtering from the 4×12 cabinet. Adding a convolution reverb to the signal, with an impulse taken from a guitar cabinet, helped to sit the tone back in the mix, and gave it a more natural tonality. It also enabled us to experiment with different cabinets without having to change anything over.

Clients won’t pick your studio over another because of your choice of DI, but you have to have one. And the RNDI is a great choice, not only for the extra option of using it in Speaker mode, but because of the clean, clear qualities it has, behaving as an almost invisible part of the signal chain. 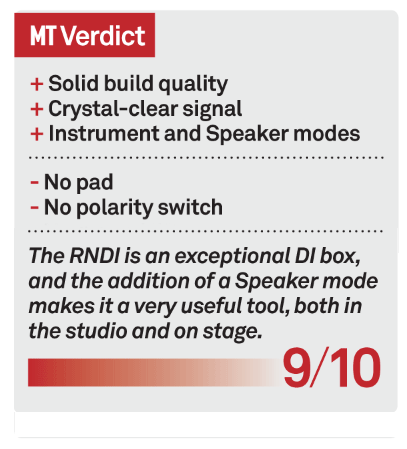