Want a 500-series Neve EQ designed by Rupert himself? The RND 551 is just that. Mike Hillier enjoys its curves in our review of the 551 EQ… Details – 551 EQ Manufacturer Rupert Neve Designs Price £759 Contact Sonic Distribution – www.sonic-distribution.com – 0845 500 2 500 Web www.rupertneve.com While there are dozens of companies […] 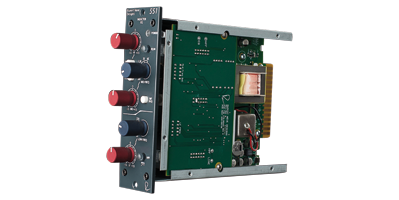 Want a 500-series Neve EQ designed by Rupert himself? The RND 551 is just that. Mike Hillier enjoys its curves in our review of the 551 EQ… 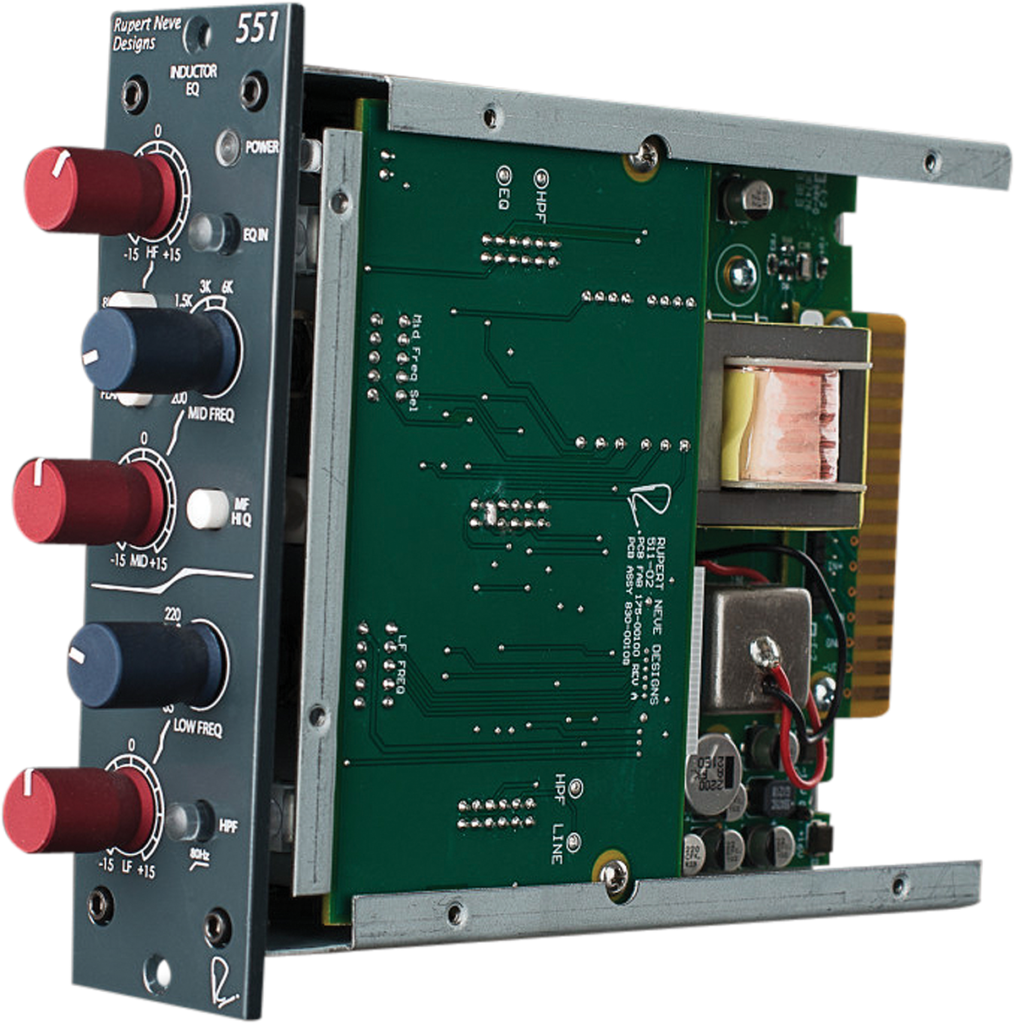 While there are dozens of companies building more-or-less accurate clones of Rupert Neve’s early designs, Mr Neve himself has never been one to rely on past glories, always improving and experimenting with new designs. The Rupert Neve Designs 551 EQ is a three-band 500-series EQ, sharing the same inductor-based design with the three-band EQ built into both the Shelford 5051 EQ/Compressor and Shelford 5052 Mic Pre/EQ.

This EQ can be thought of as a ‘best-of’ of Rupert Neve’s designs over the years, taking inspiration from the 1064 low-frequency band, while the midrange and high-frequency bands take their lead from the famous 1073 EQ.

Not content with resting on these laurels, though, the designs have been further improved. The creamy, resonant low-end of the 1064 can now be switched from a shelving to a peak filter, and while the high-frequency band shares some design features with the classic 1073, it incorporates a newer capacitor-based topology alongside the inductor design for a best-of-both-worlds approach.

The 551 feels solid, and slid into one of the remaining empty slots in our chassis with ease. The olive-coloured fascia with red-and-blue knobs is in keeping with the Shelford series, but marks a change from the grey frontplate of all the other RND modules – themselves based on the Portico series designs.

While this is only a minor cosmetic change, it is one we definitely prefer, and the 551 looks comfortable in our rack alongside the other darker modules.

It has been a while since we tested the Shelford series, but as soon as we put a signal through the 551 and lifted the top-end shelf, we were instantly reminded of the incredible quality of the EQ on those modules. There’s a wonderful silky smooth quality to the top end of this EQ, which perfectly captures that British sound which Rupert Neve essentially defined.

Our first proper test of the 551 came from strapping it across a male hip-hop vocal during mixdown. We placed the 551 at the end of a chain (which already included an instance of FabFilter Pro-Q2 which we were using to cut out unwanted frequencies); after compression, the vocal was starting to sound close to where we wanted it, but it wasn’t sounding polished in the way that we were looking for. A small boost using the top shelf at 15kHz added some air around the vocal, helping to lift it above the instrumental bed.

Switching to the 8kHz shelf brought more clarity, but also an edginess that we weren’t keen on. Clearly, there was something in there that would benefit from boosting, but not with a shelf this low. There is an option to switch to a peak filter in the high band, but at 8kHz, this simply lifted the edginess and break up around the top of the vocalist’s voice, without the polish of the air frequencies above.

The Neve 551 aims to be a ‘best-of’ for Rupert Neve’s designs, but if you wanted a more authentic 1073 EQ sound, the AMS-Neve 1073LBEQ is the one to go for. It is more limited than the 551, being an exact clone rather than simply an ‘inspired by’ unit. Clones of the 1073 are also available from BAE, Heritage Audio and AML.

Rupert Neve’s Greatest Hits? Inspiration here comes from the 1064 for the low band, and 1073 for the mid-and-high frequency bands

To try and bring some of that clarity out without the edginess, we switched the top shelf back to 15kHz and then went looking with the mid band. A small boost at 3kHz gave us some of the detail and clarity we wanted, without the edginess of the 8kHz peak, and while moving this band down an octave to 1.5kHz provided more energy into the vocal, it started to contest with the pads in a way that the 3kHz peak didn’t.

Finally, we felt the high-frequency boosts we had given the signal were starting to thin the vocal a little. This being hip-hop, we wanted the vocal to have a strong, deep quality, so we engaged the low band in peak mode adding a boost at 200Hz.

As our 551 was being placed at the end of the chain, there was no need to engage the high-pass filter – the FabFilter Pro-Q2 was already on that – and comparing the two by bypassing the filter on the Pro-Q2 proved we needed the filter before we hit the compression stage.

The end result of our EQing was a strong, vibrant, modern-sounding male vocal. The colouration from the 551 is subtle, but there is definitely something in the sheen of this module that gives us the polish we were looking for.

There are plenty of great-sounding digital EQs, but sometimes, being able to grab something physical and dial in a sound quickly is worth its weight in gold. The 551 is one of the best-sounding EQs we’ve ever heard. Everything is switched, so is very easy to recall.

Variable high-and low-pass filters would be more useful than the single fixed frequency high-pass filter, but this is nit-picking on what is a fantastic tool, and a great addition to any studio 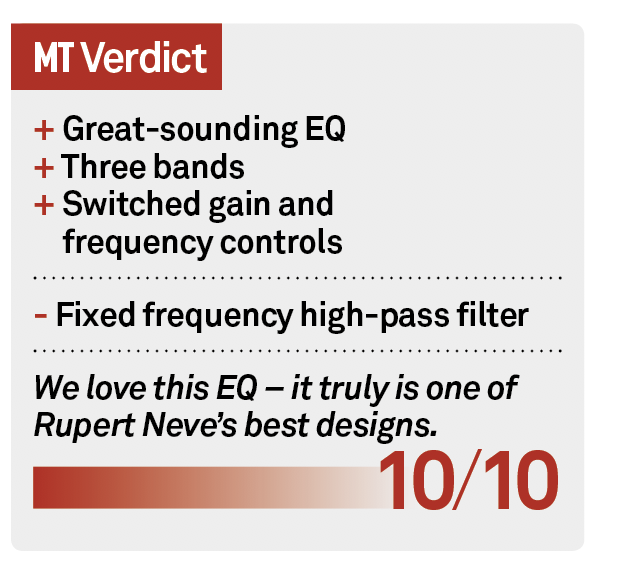