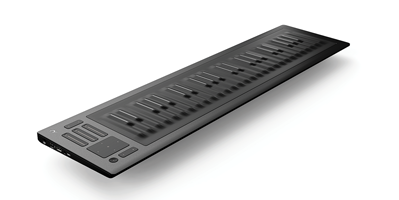 ROLI’s quest for world domination continues with RISE 49: Bigger and better? ponders Andy Jones, as he re-enters the fifth dimension of sound… 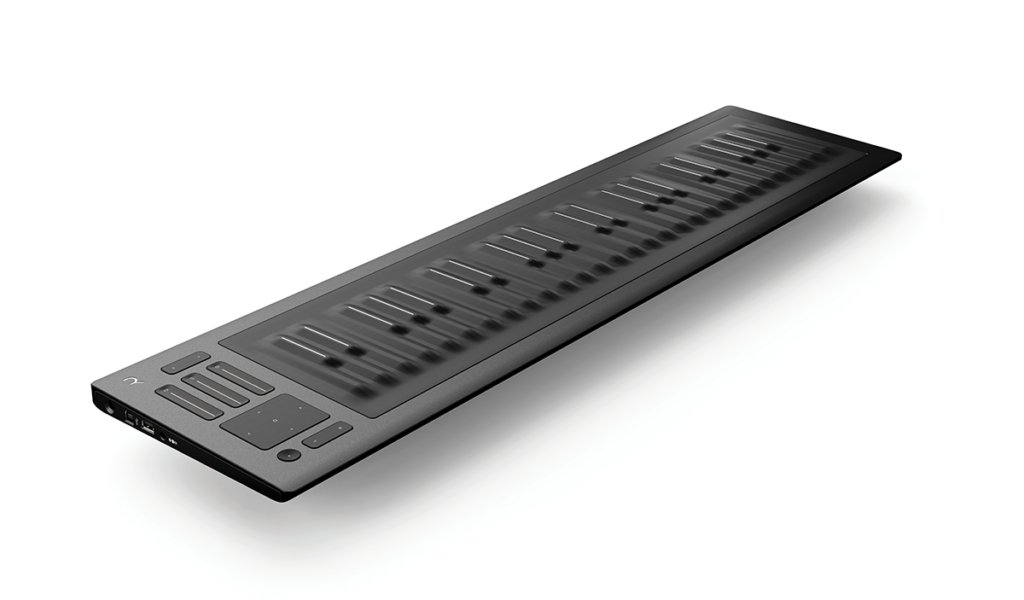 Here at MusicTech we love companies like ROLI, although there’s only one company really like ROLI. It came from nowhere a few years ago, armed with a few million dollars in funding and a silicone keyboard that played differently from any other – but also the same, if you wanted it to – and could open up your sounds by exploring new dimensions of performance.

‘Fly by nights’ was the muttering from a few industry ‘pundits’, but ROLI has done its best to prove these neysayers wrong. Since the opening Seaboard GRAND keyboard, it’s gone on to release a more consumer-level (but equally innovative) version, the RISE 25 (which we reviewed in the magazine last December, and which was the worthy recipient of both our MT Choice and Innovation awards).

It’s backed this up with its multidimensional (and a lot better than it looks) Equator software; released an incredible free version of this called NOISE for the iPhone (which utilises the iPhone 6’s 3D touch to great effect); and now, ROLI has released this – a 49-key (or, we should say, keywave) version of RISE. Oh, and also announced further funding of a few more millions of dollars. Fly-by-nights? Not really, it would seem…

With RISE, we have a keyboard that is silicone and a little squidgy, but one that otherwise follows a traditional 12-note-per-octave layout, so can be played similary to a traditional ’board. Having said that, I’d recommend that full-on concert pianists try out RISE for size before committing. Even as a not-particularly-great player, I found that my piano style had to alter a little. Sometimes, for delicate touches, RISE is actually better than a real piano and obviously, the extra dimensions that I will come to are there to be explored, but equally obviously, it will be different for traditional players; so the best thing I can say to all players is, ‘give it a go’.

So, to those extra dimensions and firstly, we get MPE (Multi-Dimensional Polyphonic Expression), the system that RISE uses which enables you to control sound in extra ways, but still via MIDI. So you get velocity and aftertouch, yes, but you get them wrapped up in what ROLI describes as ‘The Five Dimensions Of Touch’ – which are Strike (the force of a finger hitting a key); Press (continuous pressure applied after a Strike); Glide (horizontal movements on a key or keywave); Slide (vertical movements); and, lastly, Lift (the speed of lift-off after a Press).

Within these five dimensions, the main ones that are perhaps different are Glide and Slide, which alter notes as you play up, down, left and right (with Slide, it typically mixes between sounds when used with Equator). 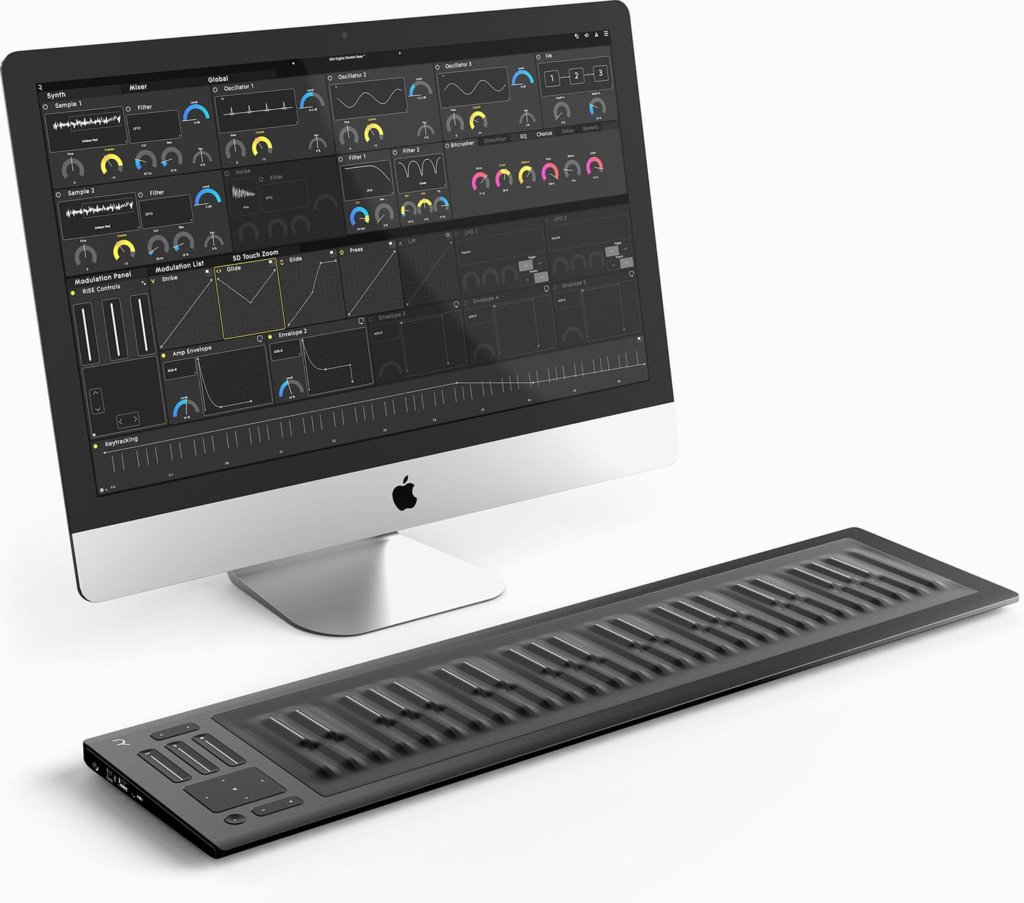 The first thing is immediately obvious as I unpack the 49 – a case! RISE 25 had a plastic-type case, which wasn’t great and one of my criticisms of the product. Happily, there’s an optional flip case available for the 25 now, and RISE 49 comes with a soft and well-padded case with a shoulder strap as standard.

The keyboard is reassuringly heavy (in that you can tell it’s well made), so sits well and solidly on your studio work surface, but is not exactly portable on its own – which is one of the reasons I love the 25-note version – but the addition of the case makes it far more luggable and is a very welcome inclusion.

One thing ROLI wasn’t ever going to do anything about was another small criticism of mine: the dark design. It’s cool, yes, it lights up just enough to see what is going on… but RISE is no Komplete Kontrol. It’s elegant rather than garish, but as a live-performance keyboard for dingy club nights, it’s still yet to prove itself as practical – black keys and low lights may not mix particularly well…

On a more positive note, setting up the 49 was a doddle. Logic picked it up straight away: no old-school driver updates or anything else needed. I plugged in and was playing the Equator synth in no time, and was quickly back to enjoying the extra dimensions that it has, more so in fact.

Of course, a 49-note keyboard will offer a more fullsome playing experience than any smaller version, but with the RISE 49 this is enhanced somehow. It may be the extra-long pitch-bends strip that runs along the bottom; but I suspect it’s simply the extra sonic flexibility that the five dimensions of touch offer.

Because you have the ability to change sounds in many more ways, these changes appear more dramatic with the wider range of octaves you have at your disposal. That string emerging from a pad sound at the top end of the scale is that much more dramatic at the bottom. Maybe it’s just me, but MPE does seem to lend itself to a bigger, more playable keyboard.

A Great Engine Too

Credit for this success must, in part, also be given to the Equator software. It is the engine that shows off the expressive capability of the hardware. The software is a little unapproachable at first, but becomes more obvious and accomplished as you go through the presets and realise what does what. Simply play the keyboard – press, stroke and nudge – and you’ll soon see which parameters alter on screen and get to grips with the features. And with three oscillators, sample based-synths, a noise engine and FM, there’s plenty of flexibility to create different sound types.

All of these new dimensions of expression are recordable via your DAW with Dashboard software, which also lets you assign many of your MIDI controllers. Of course, in order to get the most from both hardware and software, you should take some time to master the extra performance areas to get the best from both. But you knew that. 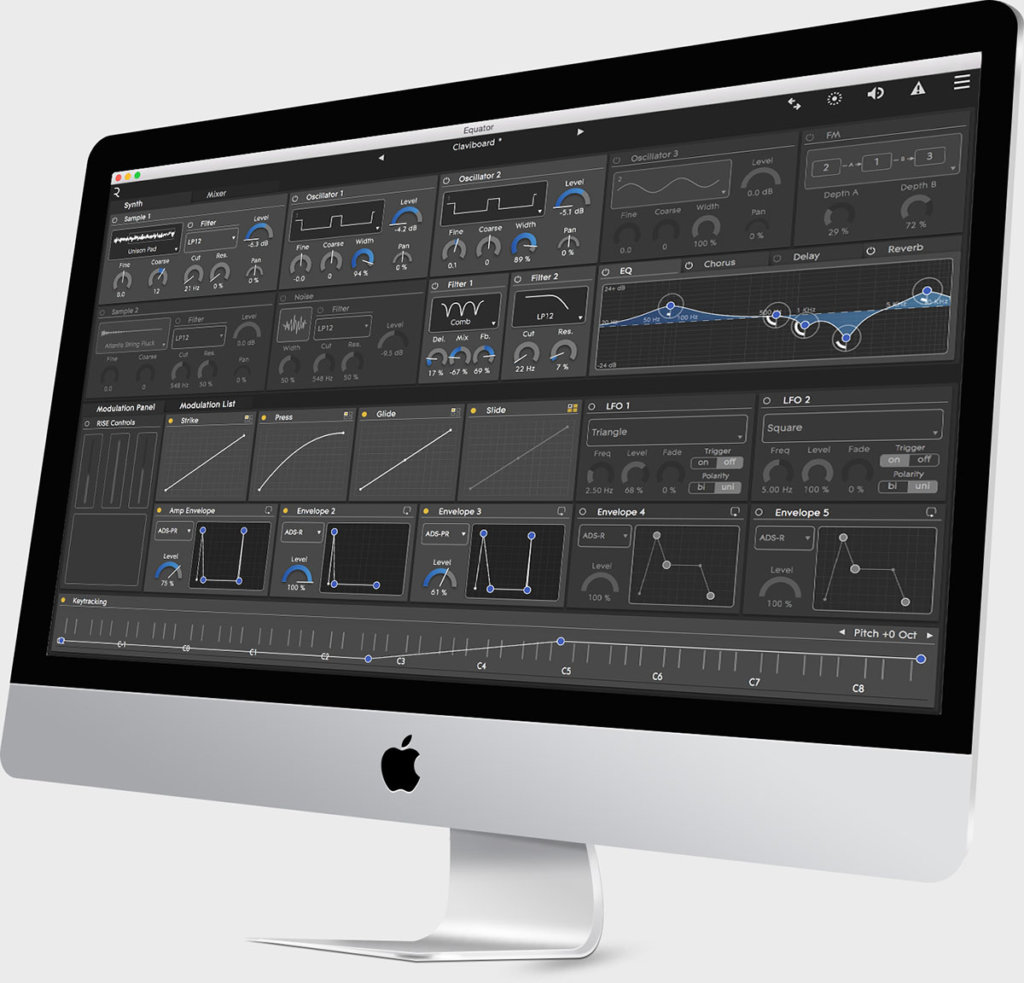 Equator ain’t the prettiest, but it certainly shows RISE off in all its sonic and expressive glory. More RISE features in NOISE please!

You now have three Seaboards to choose from: the RISE 49 on test here; the bigger 61-note Grand (which now costs £2,499, and the one we’d recommend for serious players); or the RISE 25 (compact, portable and a great entrance to the multi-dimensional sonic world that RISE offers).

Of the traditional keyboards we’ve tested, Komplete Kontrol is still the one to go for, especially with the software bundle that now ships with it. Of the three, we’d probably opt for the 49 or 61-note versions.

RISE 49 might just be a bigger version but the extra length does exentuate the added expression that the RISE concept affords. The bottom line, then, is that bigger is definitely better. With a nicer case and a bigger range of keys, it may not be quite as compact and bijou as the 25, but RISE 49 is a fabulous concept which is made real by some great-sounding software.