Size matters. While smaller and lighter keyboard controllers have their place, sometimes bigger is better – and Roland’s updated A-88 justifies its sizeable price tag. 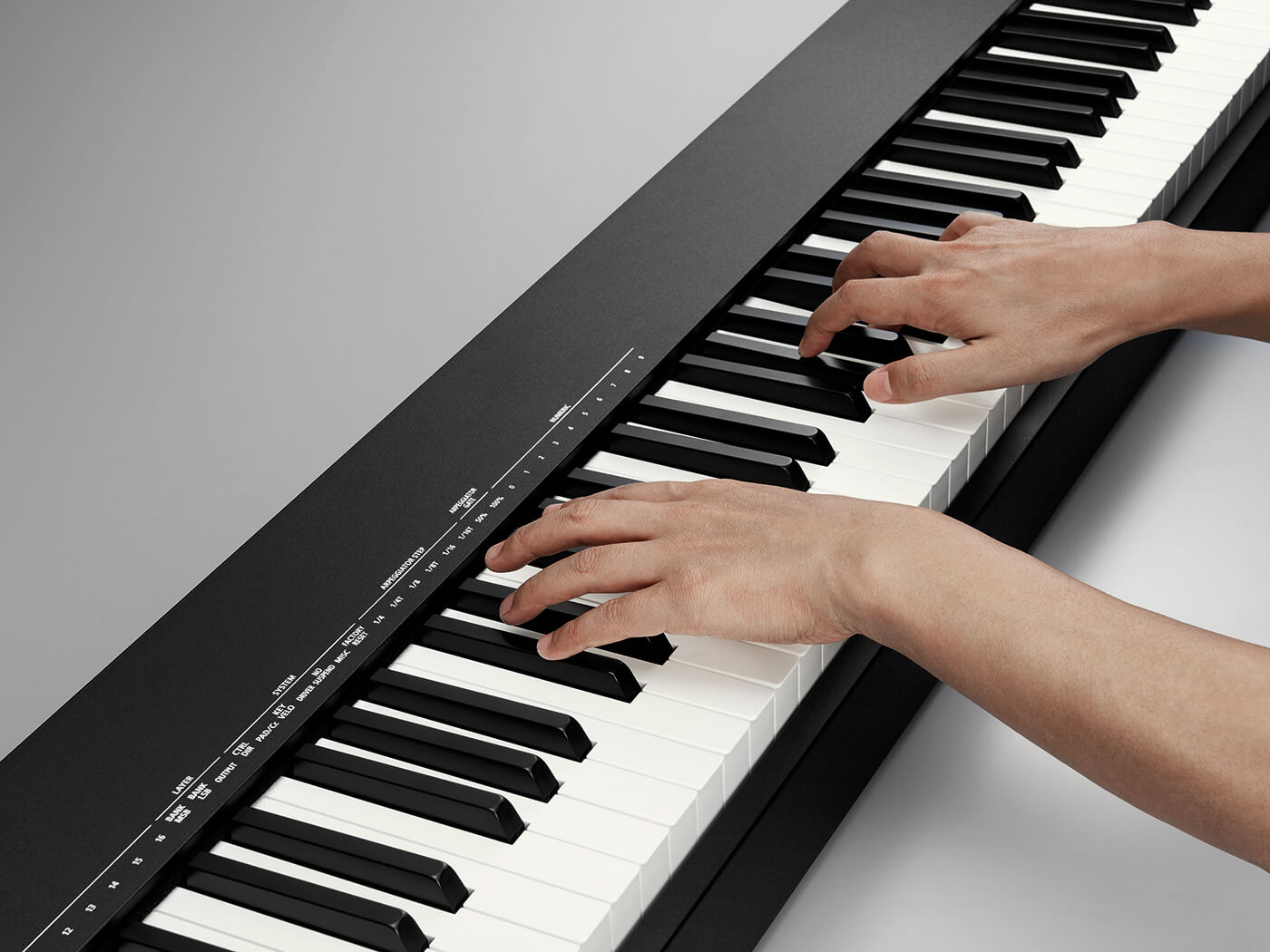 There is little doubt that Japanese makers Roland are major players in the world of music technology. Its many innovations, however, make it all too easy to overlook those equally important products that exist at the less glamorous end of the production spectrum. After all, few things are more fundamental than the controllers with which you enter notes into your DAW. 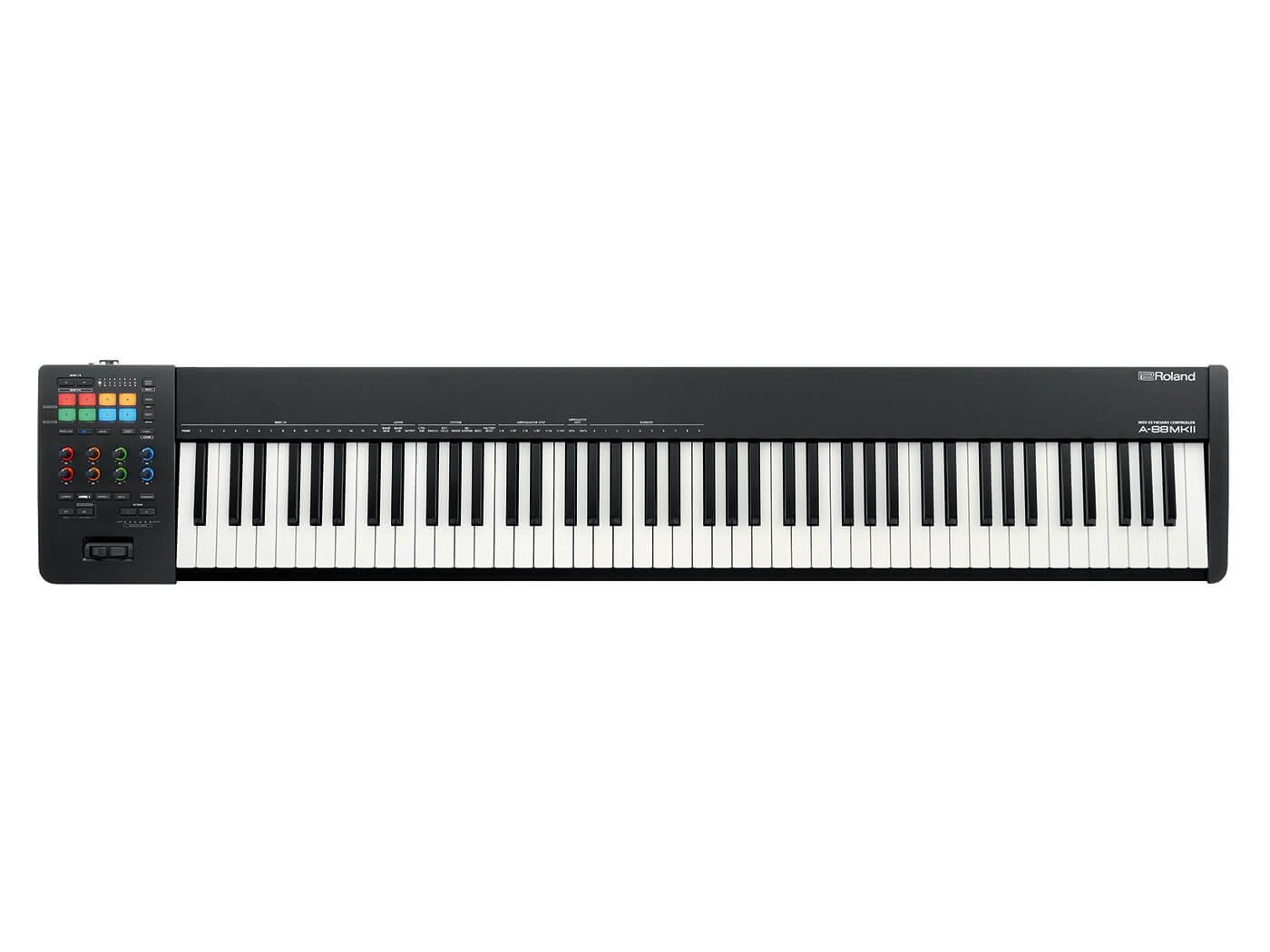 As with all Roland products, the A-88MKII draws on an impressive pedigree: the A-88 controller, released in 2012. It’s a robust product despite its plastic casing, which sports a slight mottling effect that gives it the illusion of a metal shell. The update features an 88-note keyboard based around Roland’s PHA-4 keybed. With the continued pursuit of realistic action, the MKII offers escapement and an ivory feel, while wooden elements lend the keybed added realism.

In practice, this makes using the MKII a responsive and assured experience. The keys feel a shade spongy when they hit the lowest note of their travel, though that might be because our model was brand-new and unplayed; extended use might well result in the mechanisms giving a little. The keys’ return travel isn’t fast or sluggish but wonderfully even. It feels realistic when compared to a brand-new acoustic piano.

The piano samples come courtesy of Native Instruments and Spectrasonics libraries. There’s a splendid immediacy of touch with the electro-mechanical designs, such as the Rhodes and the Wurlitzer, but working with some clavinet samples requires greater endurance.

It’s a similar story with many of the acoustic piano samples – only in reverse. The brightness of the Yamaha C7 acoustic grand piano is a touch too present. However, it’s unfair to lay these issues at Roland’s door, as they have as much to do with the programming of the velocity curve in each case as they do the manufacturer. Thankfully, Roland has provided a solution to these minor complications too. Octave-transpose buttons sit at the left of the keybed and double as access points for changing the velocity curve of the keyboard. This easily accessible feature will be hugely helpful to anyone playing live who wants to alter the responsiveness of their keyboard on the fly. 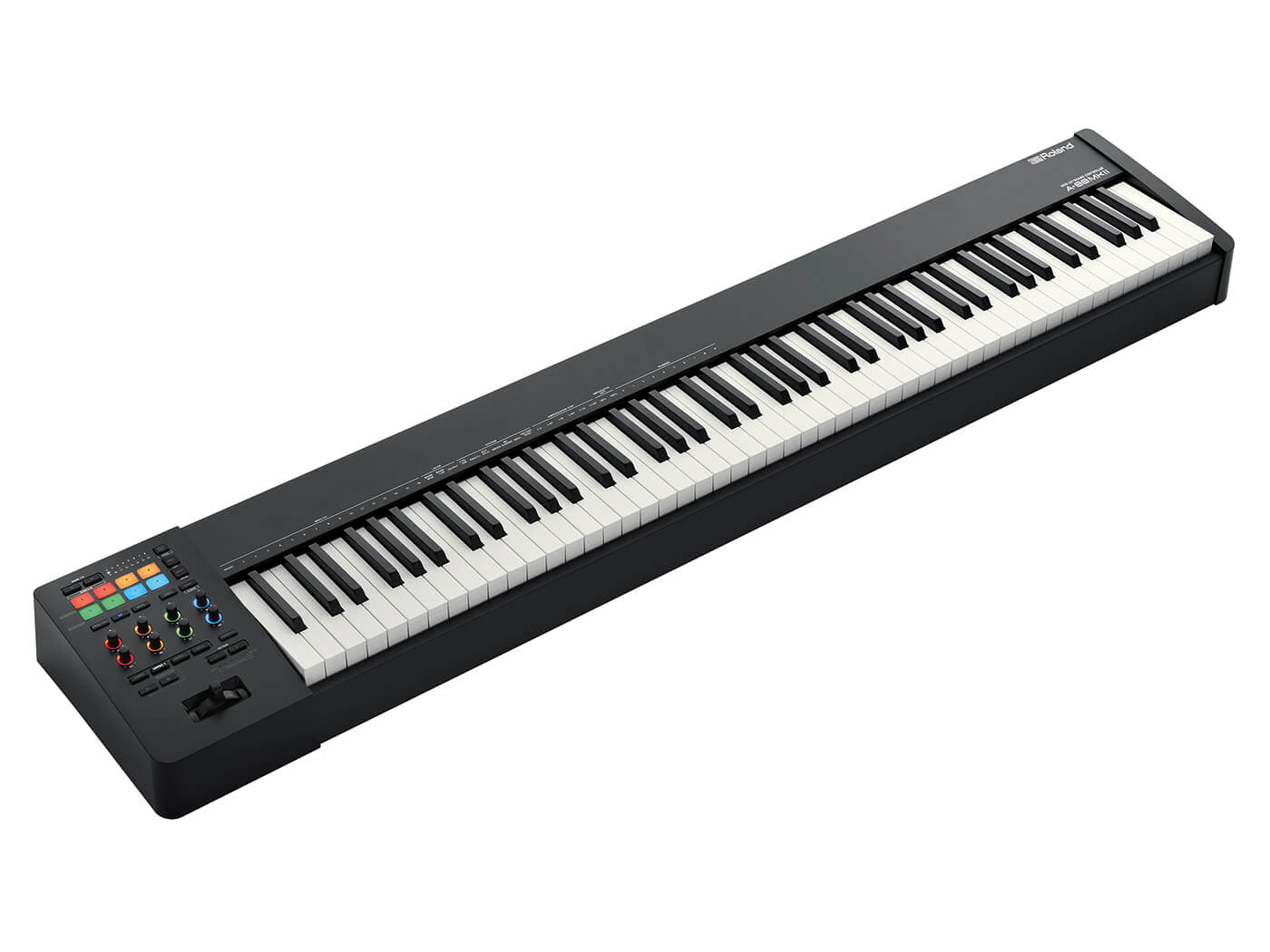 The illuminated pads and pots can be programmed from the MKII’s performance controls section or via an intuitive app available for macOS and Windows. Pad assignment may be set to program change or MIDI CC, as well as MIDI notes, which will prove useful in keyswitching environments. The pots can be similarly user-defined too. Both can be assigned custom colours to help with visual feedback.

Unlike many keyboards, the MKII is equipped with a traditional Roland-style pitch and mod lever, while keyboard zoning can easily be applied at a moment’s notice. All parameters may be stored as snapshots, making this product perfectly suited to software instruments in DAW-based environments or for ensuring ease of use during live performances.

As the A-88MKII is MIDI 2.0 compliant, we detect a degree of future-proofing here for third-party product releases. Its USB-C connectivity and bus power make it blissfully simple to set up, and it can be connected to an iPad, though you’ll need an external PSU for that, as well as a USB connection-kit adapter from Apple.

The MKII is a pleasure to work with too, with its impressive build quality and assured touch lending itself to live and studio environments. Its onboard arpeggiator, and chord memory and zoning capabilities make it something of a workhorse, able to perform well on the stage and under the lights or as a studio-bound master controller. Either way, you might find yourself tethered to it. 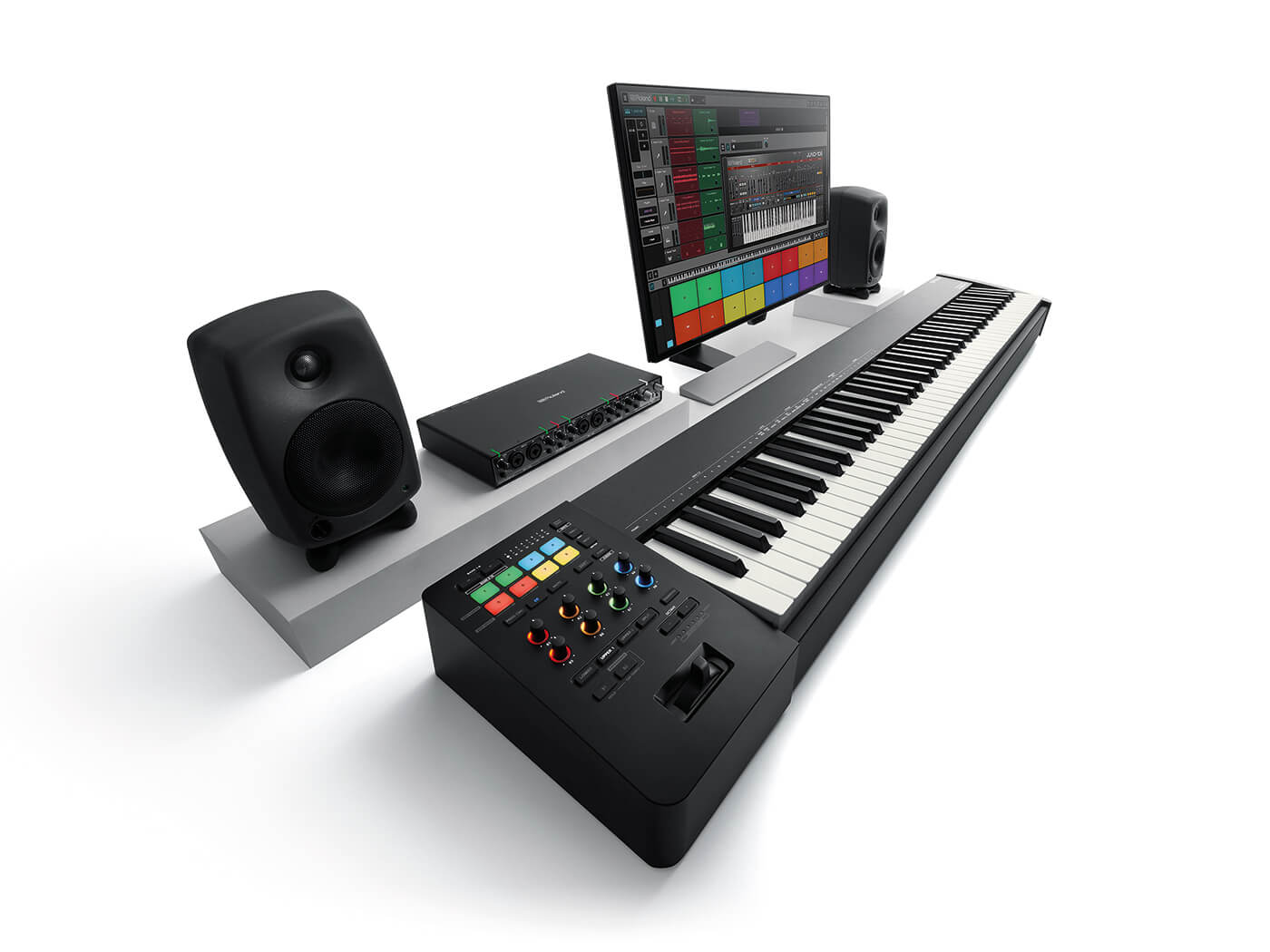 With their sprawling size and serious weight, using any 88-note weighted keyboard can feel like a commitment. But Roland has boxed clever with the A-88MKII. Despite its realistic action, the MKII is relatively shallow and lightweight at just 274mm deep and about 16kg. This is a controller that you could sit in front of your computer without feeling like your desk’s real estate has been hijacked. It can be carted around to gigs without much worry too.

The whole point of owning a controller such as this is to allow for better performances, and the MKII should result in better timing and allow for complete pianistic passes when tracking in DAW, which isn’t something you get with smaller keybeds. The programmable nature of this keyboard lends itself to a number of working scenarios. Its positive traits are only really matched by its price tag. 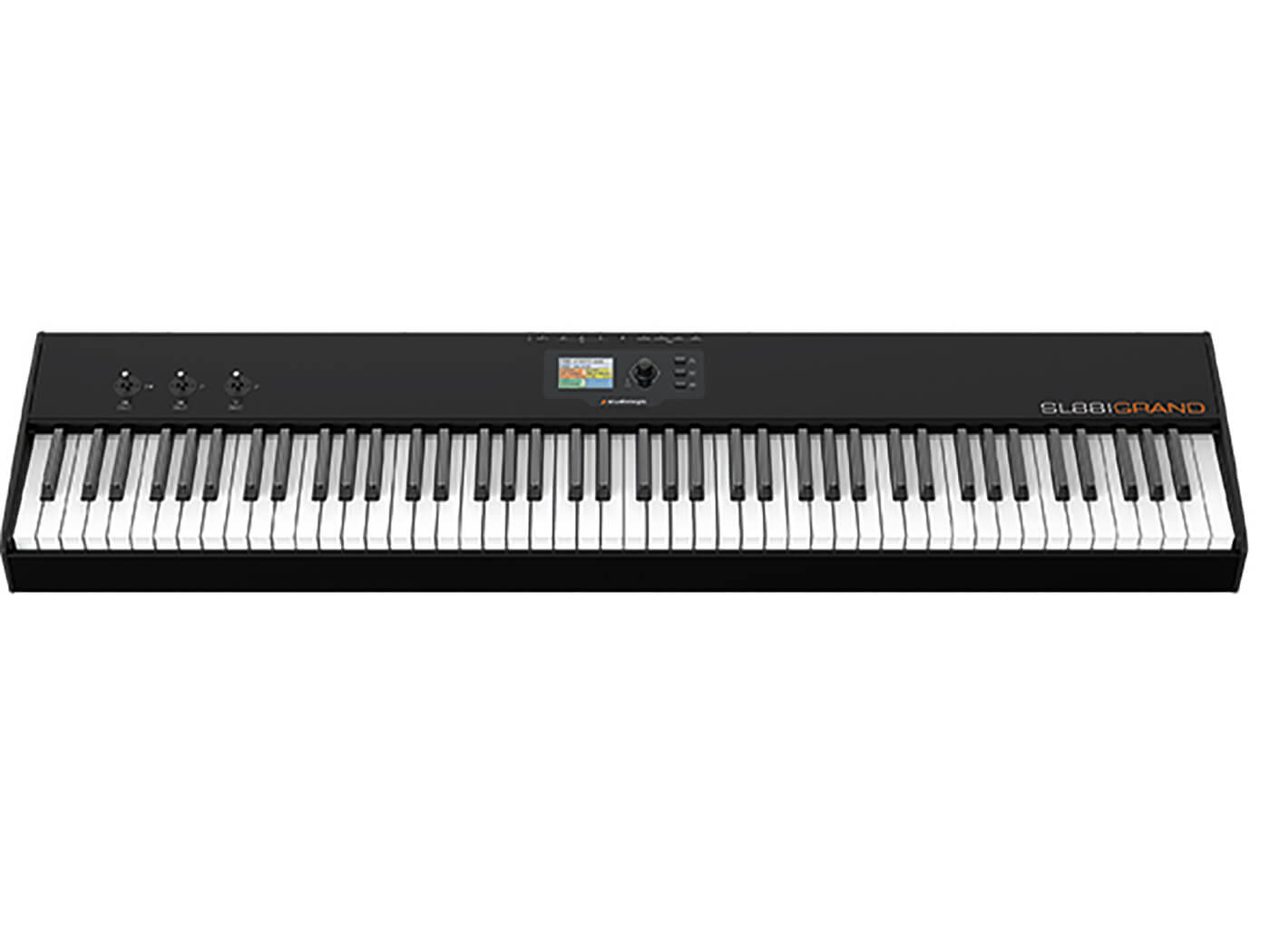 The top-of-the-line SL88 Grand offers sublime weighted action. It’s highly programmable too; changes can be made onboard or via the accompanying app. 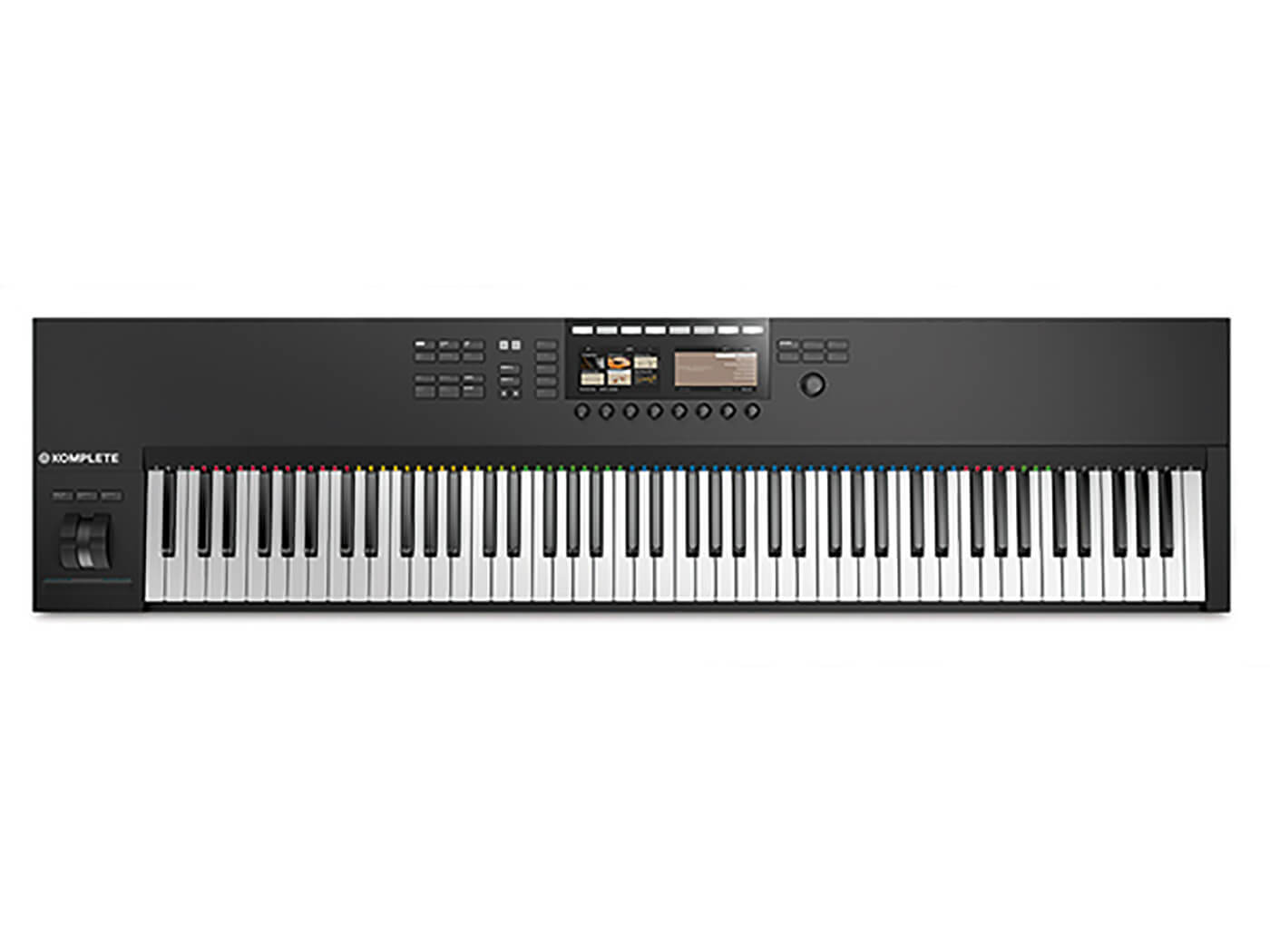 The ideal controller for anyone immersed in the NI ecosphere, the S88 Mk2 looks gorgeous, laden with LEDs that can guide the user between samples and zones, especially helpful when keyswitching.