The latest update from Rob Papen takes established favourite SubBoomBass to its second generation. Dave Gale shakes the room with some boom… 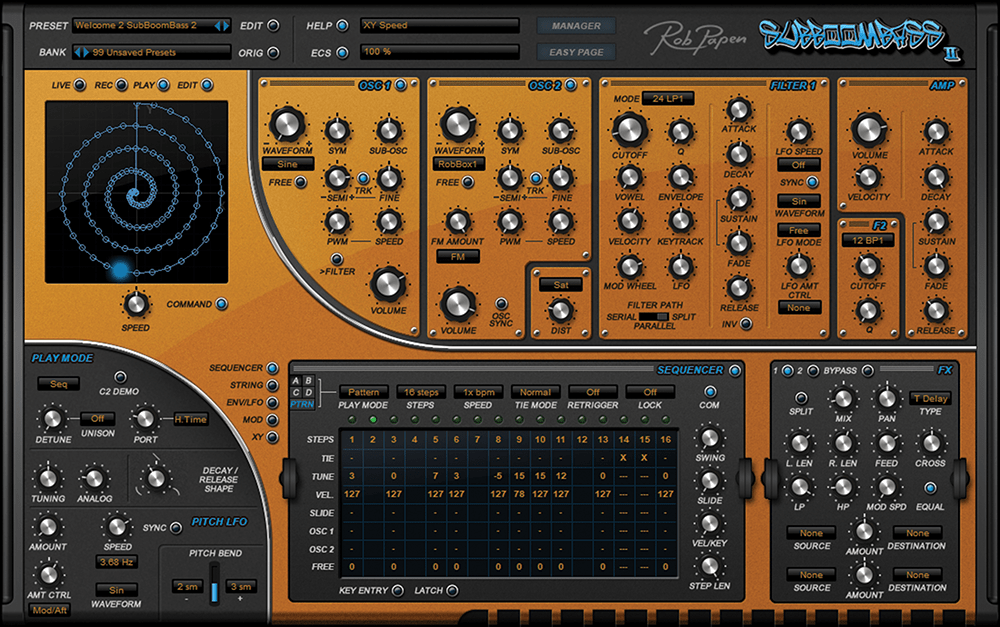 Plug-ins have a habit of falling into a number of itemised categories – and in the case of SubBoomBass 2, there’s no doubting where its intentions lie. Many Rob Papen devotees don’t just like his plug-ins, they love them, and will go to great lengths to tell you why. So let’s jump into some lower tones and work it out for ourselves.

The tonal layout of the interface is familiar; starting with two oscillators to the left of the signal flow, the routing feeds on to the filter and amplifier/envelope sections, with clear and concise segregation. What could easily be missed is the bewildering number of section-menu options, at least until the temptation to edit these elements gets the better of you.

Beginning with the oscillators, the obligatory subtractive-styled tonal starting points are present, but many with additional super-styled constructs, or with nods towards classic kit, such as the Jupiter-8 Saw.

Alongside these is a large number of digital shapes, bright and full of harmonic overtones, but where it gets really interesting is with the tonal sources drawn from other quarters, such as cajon, djembe and taiko, in fact, there are 80 available tonal sources, at this level alone.

As anyone who has delved into the world-percussion spectrum will know, many of these instruments have a large amount of sub-bass tones in the acoustic domain, so having them as a tonal source, either independently or alongside more traditional synthetic tones, is a great calling card.

A sub-oscillator can be added, available to both oscillators, where either a Sine or Square can be blended to the desired level, or not at all. Other expected features include the ability to sync oscillators, and frequency modulation – which, thanks to a drop-down menu, offers five different options, including traditional FM and Ring Modulation.

Taking the oscillators alone, this really is the most extensive palette; not just because of the sheer number of starting points, but also because of the expansive modulation possibilities that enable such a great wealth of blending and modulation. In keeping with the mantra of the product, there is a wonderfully pleasing thud and depth to every attempt to create something useful. The sinusoidal aspects alone will keep the current crop of producers very happy, while the appeal of experimentation at this level will entice old hands who want to explore. 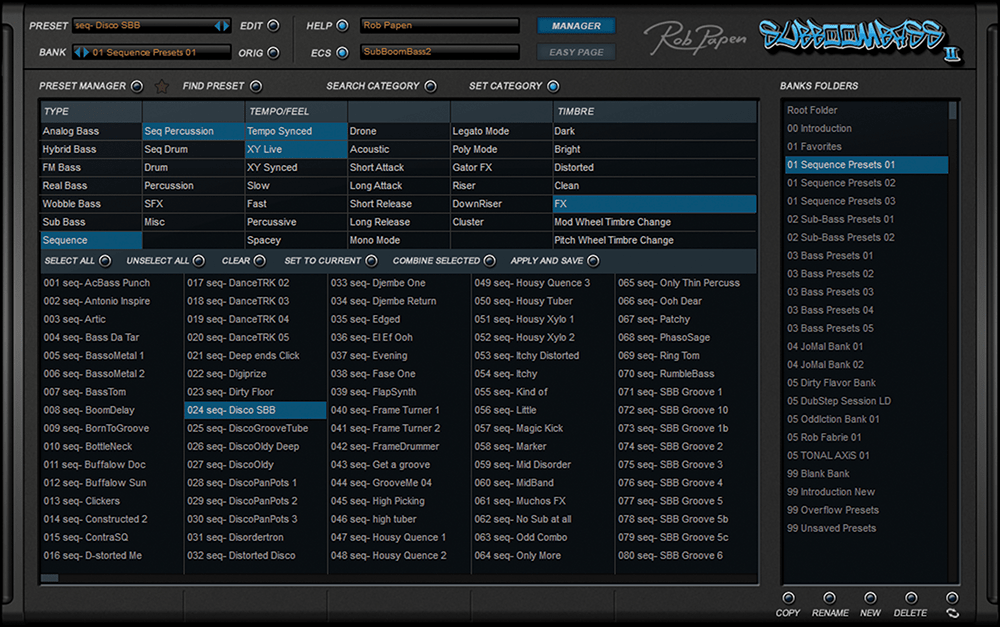 Moving on to the filter brings us more choices: there’s a vast selection of Low Pass, High Pass, Band Pass and Notch filters extending from 24dB down to 6dB, for that extra level of crunchiness, taking in 18dB and 12dB along the way. Alongside these more traditional filters, you’ll also find Vocal and Comb filters.

Beginning with the Vocal filter, it’s possible to control the vowel type independently of cutoff control. It’s impressive and usable, as is the Comb filter, which immediately conjured some heavily sync-styled timbre, without even trying. The filter offers its own envelope control, along with a clockable LFO, which can be easily controlled from a mod wheel or immediately assigned to a MIDI CC source.

Completing the basics, the amplitude envelope is a traditionally styled four-phase affair, with the ability to control elements of fading within the sustain phase, which is a nice touch. There are also a couple of other elements such as a more basic second filter, and distortion, which offers four different levels of saturation.

SubBoomBass 2 brings much to the timbral side of the table, but one really useful component of the whole sound and performance part of the instrument is the X/Y pad. In common with other X/Y pads, and other Rob Papen products, it’s possible to apply all kinds of control elements here, which can then either be played in real time, or sequenced.

I found myself quickly drawing a filter-cutoff pattern, which was beautifully followed and sequenced, meaning that when coming back to the aforementioned Vocal filter, I’d created a great talking synth. Even in the most basic of settings, it’s a great place to go to get busy with the filter in real time, but complete control of the X/Y pad is gained from the multi-page section at the bottom of the screen.

The multi-page element is a goldmine of control, which will have an effect on various elements of the synth. Its default setting offers sequencer-based duties, assignable in a number of steps up to 16, with four levels available simultaneously.

It’s an absolute breeze to use. Immediate control of aspects such as tuning and velocity allow you to quickly build up auto-based phrases, which can also be latched when in use. Ubiquitous 303-styled options, such as tie and slide, will allow for the more traditional patterns, while moving to the X/Y control page immediately throws open bountiful options assignable to the X/Y pad. Further control of modulation sources and targets can be found here, along with the new string-control page, useful when creating more acoustic-string instrument-styled patches.

SubBoomBass 2 may nail its colours firmly to the low-end right from the outset, but this sells it rather short. It sounds very classy in the lower regions, but is also a real creative powerhouse. I spent an awful lot of time just working with the individual oscillator tones, which are hugely varied and are a great complement when you consider that you also have two of each, coupled with sub-oscillators.

With the substantial filtering options and the flexibility of the X/Y Pad and multi-page, this is a really creative synth to have in your armoury. Don’t think of it as just a bass synth, but also as a plug-in that’s great for electro-acoustic timbre – and one which just happens to sound very good when played below middle C! 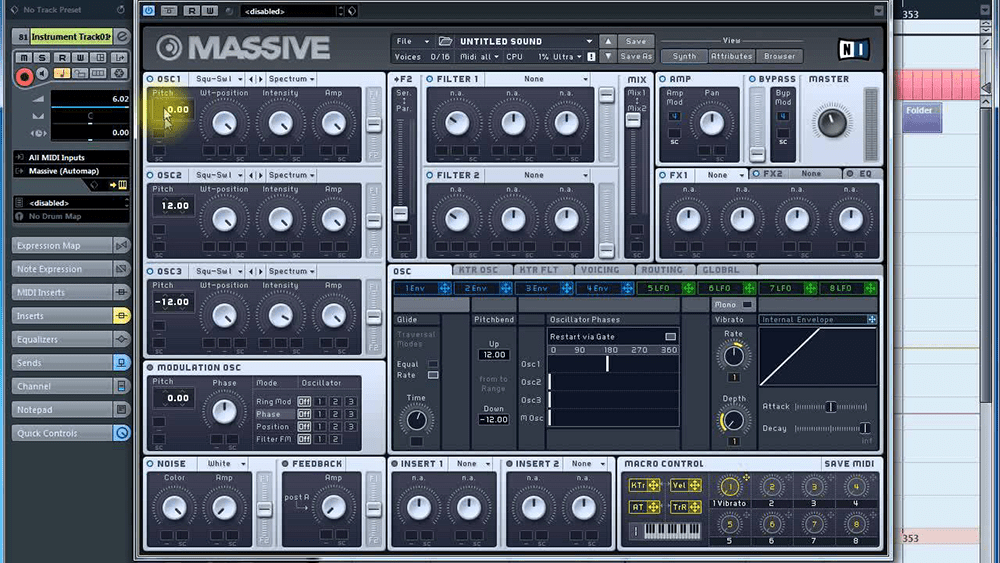 Something of a stalwart classic, Massive from NI firmly lives up to its name. The interface is showing its age a little these days, and remains a bit clunky, but it’s packed with presets. 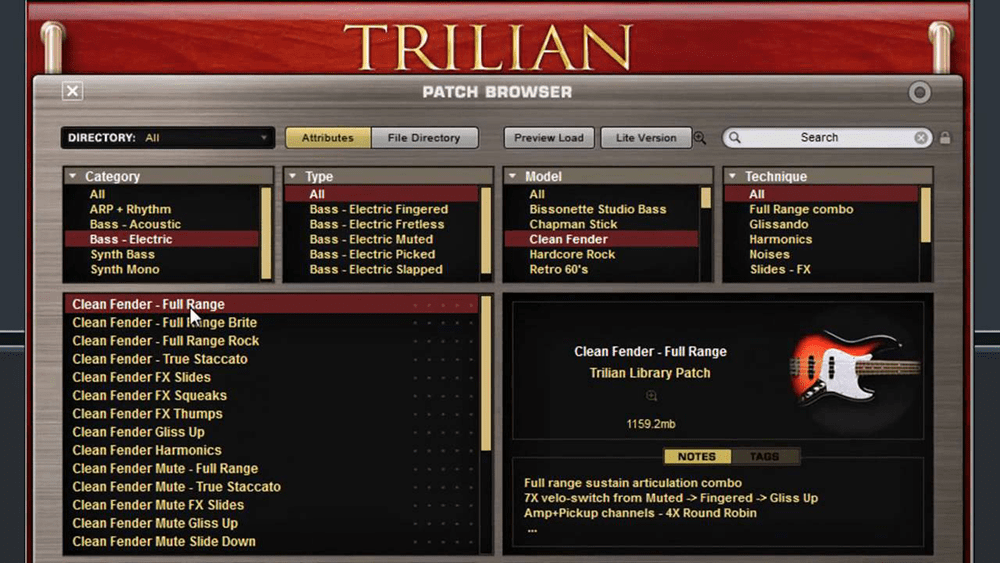