Rob Papen’s latest offering aims to bring affordable mastering to the masses. Dave Gale gasps for Air while tightening up the bottom end

It’s often the case that products come in waves, and I get the sense that some manufacturers have now woken up to the fact that there’s a market for good quality, do-it-all mastering plug-ins. These should be aimed at all home studio folk, to give them a helping hand, at least when it comes to the final stages of polishing a track, and it’s an area where Mr Papen has now firmly stepped into.

The first major point to make is that MasterMagic is not a mastering suite, as you might find with other packages, but if you haven’t noticed already, MasterMagic costs just £33.95. That’s bonkers, but as we have seen with other Rob Papen products, it’s unwise to judge the product solely on the price.

If we consider what MasterMagic is engineered to offer, this can largely be broken down into two areas: the Air section and the Mono/Stereo module, remembering that as you tweak with these mix aspects, it will alter the perception of other elements along the way.

So, beginning with the Air section, the clue is firmly in the name. It’s a high shelf filter which will give the perception of creating more space around a mix in the upper frequencies, hence it’s perfectly placed to add a little something to vocal-based tracks, or anything where upper detail might want to be emphasised. 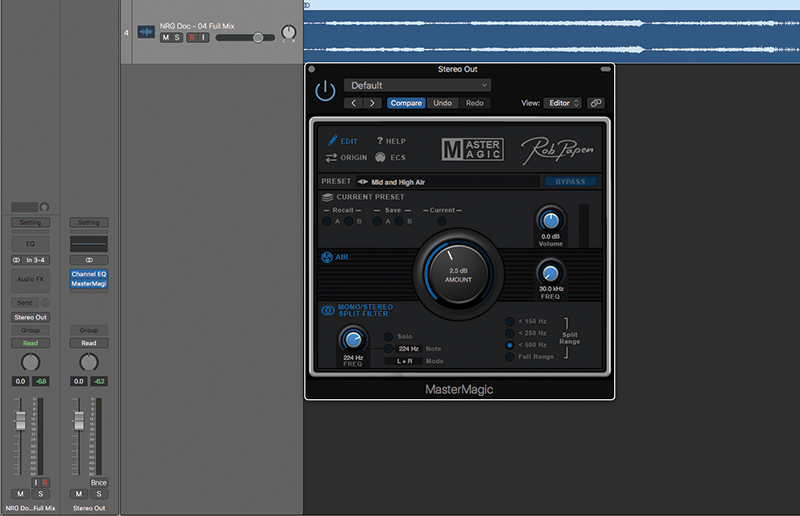 There is a control for adjusting the central frequency, which is interestingly between 30-40kHz, and obviously out of the range of our hearing, but it offers a very wide frequency bandwidth. It can be very subtle or, when applied too heavily, really increase upper frequencies to a harsh degree, but nonetheless, there is a large variance of control available.

Depending on the music you are applying this to, an upper 40kHz setting will add just enough sheen to a mix to make it sound commercial. A lower central frequency, closer to 30kHz, will make it great for applying to vocal-led tracks, which also begs whether it could be used on vocal stems, when summing tracks or
sub mixes.

At the lower end of the mix, the Mono/Stereo Split Filter section is a very clever device that takes low-end information and essentially creates a sub-strata to underpin a mix. This gives the perception of a tightening of the bottom end, and works pretty well.

It can be difficult to hear exactly what it’s doing, while working in context, depending on the material you’re working with and your monitoring. However, a very helpful solo button is available to isolate the effected area, making it easier to hear, before being placed back in mix.

What I like about Rob Papen’s products is that they largely do what they say they will, with a minimum of fuss, and MasterMagic is no exception to this. Granted, it’s not as elaborate as some mastering plug-ins or suites, but it sprinkles a little bit of that often referred to fairy-dust over the top of a mix, and gives it a little brightness, presence and tightening in the bottom end.

I found that further EQ and compression from other plug-ins supported the cause further, and on that basis it could be considered a useful addition to a set of existing tools, rather than the only mastering plug-in in town, but it’s hard to dismiss it, particularly at the price. 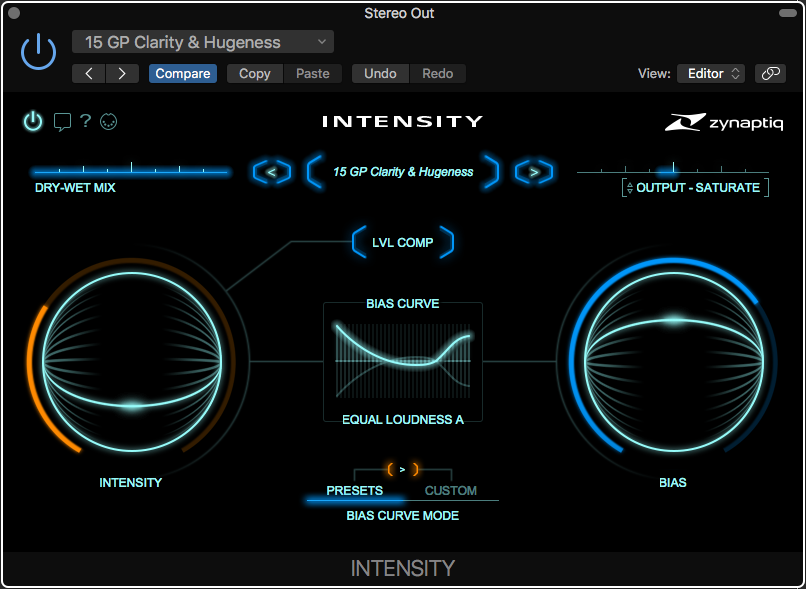 This looks to offer a very similar sound suite with very clever technology under the hood. Pretty impressive, but with a price tag which reflects its capabilities. 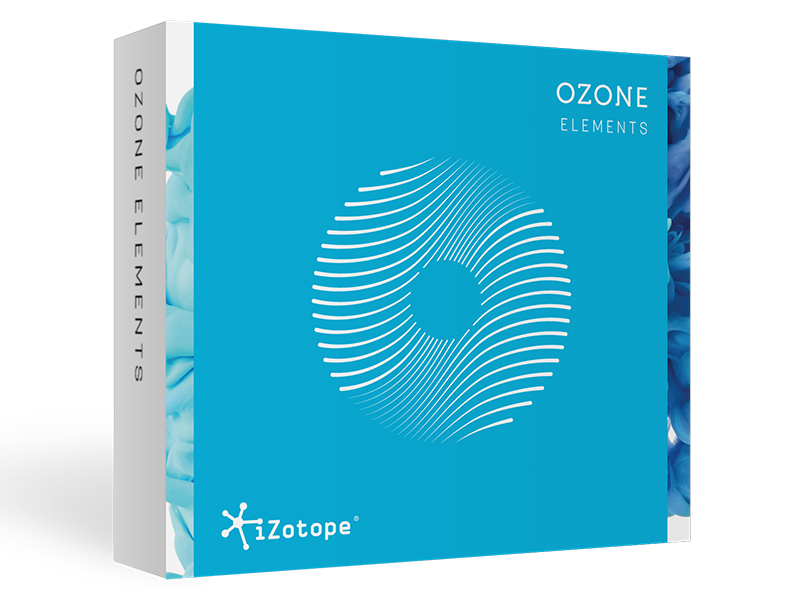 This offers a pretty impressive set of tools and is perfect for adjusting the stereo image and making your mix sound punchier.