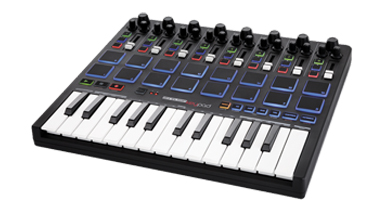 Sometimes you want more than just a few controls on your portable MIDI hardware. Hollin Jones finds out if Reloop’s Keypad has the answer… 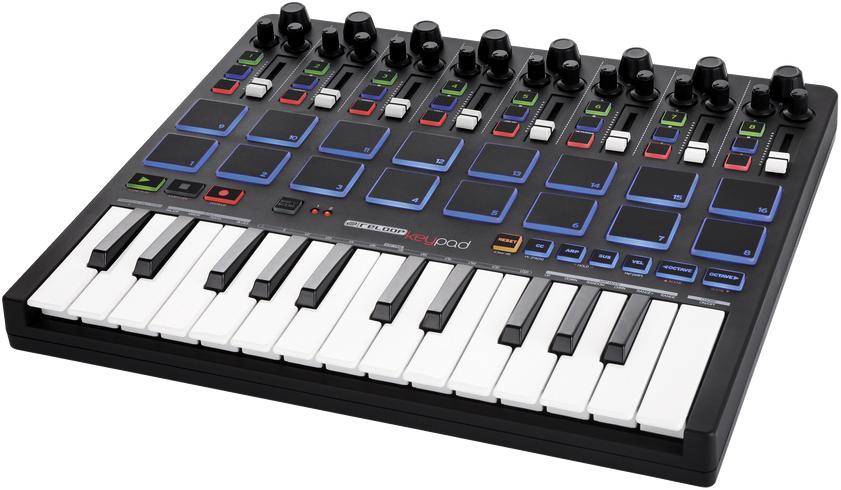 German developer Reloop makes a wide range of hardware and software products largely centred around DJing and live performance using turntables or software such as Ableton Live. The Keypad is a controller designed to be used with Live, and it comes bundled with Live 9 Lite. It’s also a generic MIDI keyboard and control device, as we will see.

Be Square
Unlike most portable USB keyboards, Keypad is almost square in shape which makes it feel like a vintage synth, even though it isn’t. It’s lightweight and sturdy though, and has a Kensington lock port as well as a mini USB to regular USB connection to your Mac or PC. Drivers aren’t required to use it as a generic MIDI device, though you will need to download mapping files for your DAW. Live is the best supported, perhaps not surprisingly since it’s billed as a Live controller, though Reason, Bitwig and FL Studio are also supported.

It’s not as comprehensive as you might hope: even after installing a special Reason Remote file for example, only four device models are actively mapped from the hardware through to the software. I also struggled to get the transport controls working in the newest version of Reason. 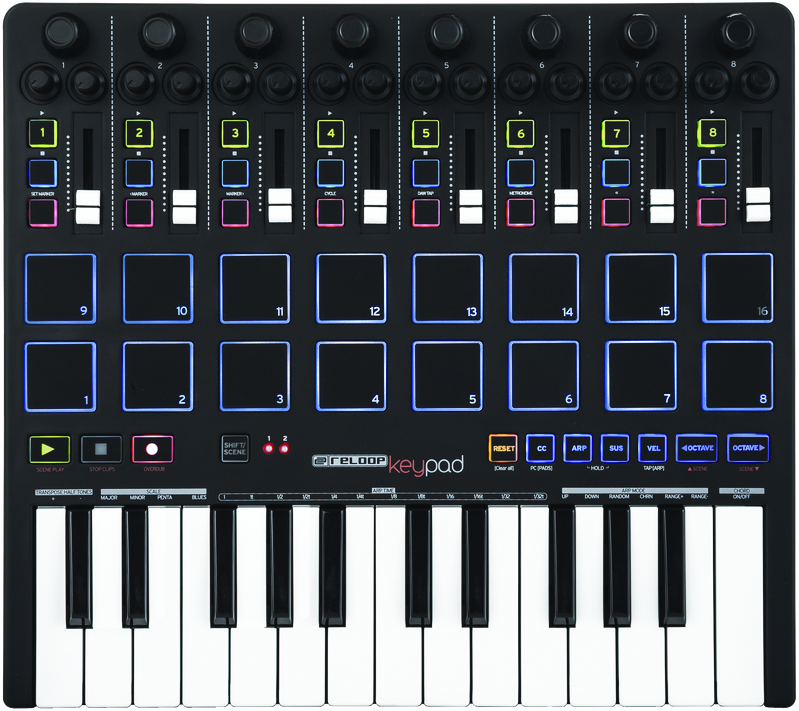 The way around this somewhat sparse device list is to create your own MIDI maps : a not uncommon thing to ask users to do, but generally if you’re going to provide maps for a specific DAW one would hope they’d be complete. There’s a downloadable MIDI editor app, though this is currently for Windows only, and device firmware can only be updated from Windows as well. The former is more of a problem, since Live is cross-platform and will have just as many Mac as PC installs, so if a Mac user can’t create custom MIDI maps they are going to struggle to use the hardware effectively with anything other than Live. A Mac version is promised for early this year.

Going Live
If you do use Live, either the bundled Lite version or the full version 9.0.6 or higher, you’ll find everything rather smoother sailing. The unit has 25 velocity sensitive mini keys which are just big enough for someone with average sized hands to play beats and simple melodies on, though chords are more tricky. There’s no sustain pedal input but there is a sustain button on the front which activates sustain – a handy addition. In the centre are 16 velocity sensitive backlit drum pads that can be used to trigger notes or beats, or for effect racks or activating plug-ins depending on your mode.

At the top are eight channels each with on/off switches, a fader, 16 rotary knobs to control sends in Live and eight endless encoders with push to enter functionality. These have secondary functionality for launching scenes or clips. The controller itself has some useful tools onboard which are mostly accessed by holding the Shift key while pressing a labelled MIDI note to get to a secondary function.

There’s an arpeggiator with configurable modes and times, a chord mode that can play a range of chords while you hold just one key at a time, a semitone transpose command and a scale mode that alters the key mapping to play only a specific kind of scale. In addition to this you get octave up and down buttons (and the ability to cover nine octaves despite the tiny keyboard), sustain, velocity and CC assignment buttons, plus play, stop and record buttons which have expanded functionality when used with Live.

Hold the Key?
As a Live controller, Keypad is good and has clearly been designed to mesh with the layout of Live, right down to the physical arrangement of the controls. The two link up well and it’s a great partner for the software. As a more generic MIDI controller, it’s almost but not quite there, mostly because of the software situation as it stands.

By making a Windows MIDI editor but not providing a Mac one at launch you’re locking a decent percentage of potential users out of customising their mappings for their DAW or instrument. And the Reason template file that’s provided seems to go part of the way but not cover enough Rack devices. A hardware MIDI out port would have been nice too, for triggering external kit. 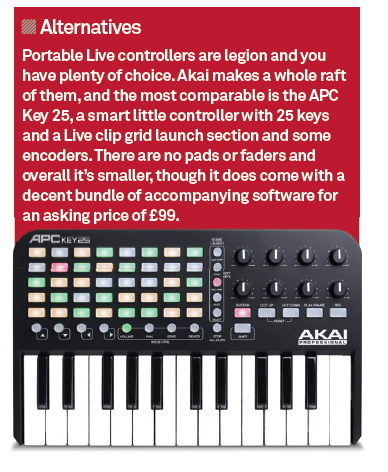 The good news is that software issues are much easier to fix than hardware ones, and we’d hope to see Reloop address these relatively achievable goals fairly swiftly. This is a fun and competent portable MIDI controller and works well with Live; it just needs a bit more wide ranging software support to make it great. 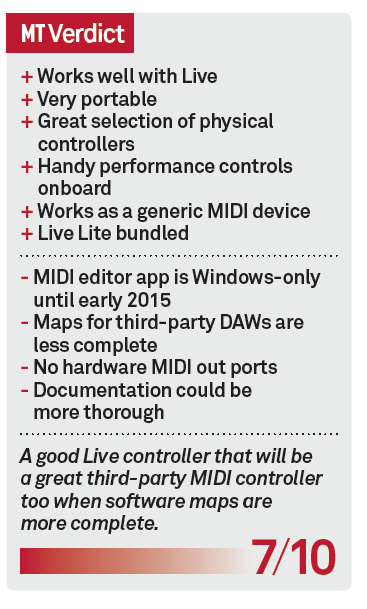